Finished, The Clone War Has

Following Revenge of the Sith in 2005, there was little in the way of new Star Wars storytelling for fans to enjoy. Most of the Star Wars story, at that time, was built out in the form of video games and children’s TV shows.

That’s how The Clone Wars began: a children’s show with a snippy little Padawan that was not only not mentioned in any of the official live-action Star Wars films, but also more annoying than any work Hayden Christensen ever pulled off as a live-action Anakin. Ahsoka Tano began as an annoying, know-it-all child, and stood as a shining example of Lucasfilm’s unbelievable reach to build out its story.

At the time, it didn’t much matter to me — any new Star Wars story was a consumable Star Wars story, and I had to defend myself over and over for watching a show made for eight to twelve year olds.

The show evolved fast over the first four seasons. Ahsoka grew quickly, became less snippy and annoying, and new elements of the story were being unlocked. Anakin’s fall to the dark side in Revenge of the Sith still remained fairly unbelievable to me, but it was evident Lucasfilm and The Clone Wars writers were working on creating more reasons, more variables, more factors to explain the fall of Anakin Skywalker.

Then there were the clones. The live-action films paint the clones as one gigantic Jango Fett, one of the penultimate villains of the prequel saga. When Commander Cody takes off his helmet to hand Obi-Wan his lightsaber, it’s hard to see any sort of relationship between the “former” Jango Fett and Obi-Wan. This is one of the biggest underlying failures of the prequel trilogy — Lucas simply did not do a good job in explaining how and why the Jedi were so easily wiped out by Order 66.

The Clone Wars builds out the stories of the clones — who they are as soldiers, as men, as friends. Each division has its own unique set of personalities, with captains and commanders you come to see as central to the story. Rex and Cody become pivotal characters in The Clone Wars story — Rex more so than Cody — and hats off to Dee Bradley Baker for magically imbuing multiple personalities into multiple clones with the same voice. Of all performances in The Clone Wars, perhaps Baker’s performance ranks at the top.

The Clone Wars ceased to be a children’s show with the return of Darth Maul. Like the cash grab reach of giving Anakin a Padawan, the return of Darth Maul felt like The Clone War’s weakest point at the time. Filoni and team handled Maul’s return well, however, building him up from a crazed lunatic lost in his path to, perhaps, the most brilliant villain in the entire Star Wars story. By the end of The Clone Wars, you simply don’t know whether to be rooting for or against Maul.[1]

Today, after 12 years of defending myself for watching a “kids show”, The Clone Wars has come to an end. An end worthy of the show’s entire history. “Victory and Death” is masterfully, masterfully put together, with pain, suffering, triumph, foreshadowing, and reminiscent tones spread throughout the episode.

The last four episodes of The Clone Wars are the best Star Wars stories made in the last 40 years.

I want to reiterate that — no single film, spin-off story, book, or comic that has launched after Return of the Jedi can match the depth, beauty, and story of the Siege of Mandalore saga. The Siege of Mandalore is, in my opinion, essential viewing for any person who calls themselves a Star Wars fan.

The fall of Anakin Skywalker, the rise of Emperor Palpatine, the fall of the Jedi, and the downfall of the clones are the absolute core elements of the prequel trilogy, yet they are the parts of the story so poorly built out in the live-action films. The Clone Wars build out each of these backstories in a wonderful way, and somehow add perhaps the most intriguing characters in the entire Star Wars saga in the form of Ahsoka Tano and Maul.

I am not fully convinced of Disney’s handling of the Star Wars franchise so far. The sequel trilogy is by and large a catastrophic failure, with the lone bright spots coming in a spin-off film and two television series. But if Disney can somehow replicate the magic it instilled inside of these last four Clone Wars episodes, then Star Wars is in the right hands for a long time to come.

Congratulations to Dave Filoni and the rest of his team. The Clone Wars will stand forever as the best Star Wars work of this generation. 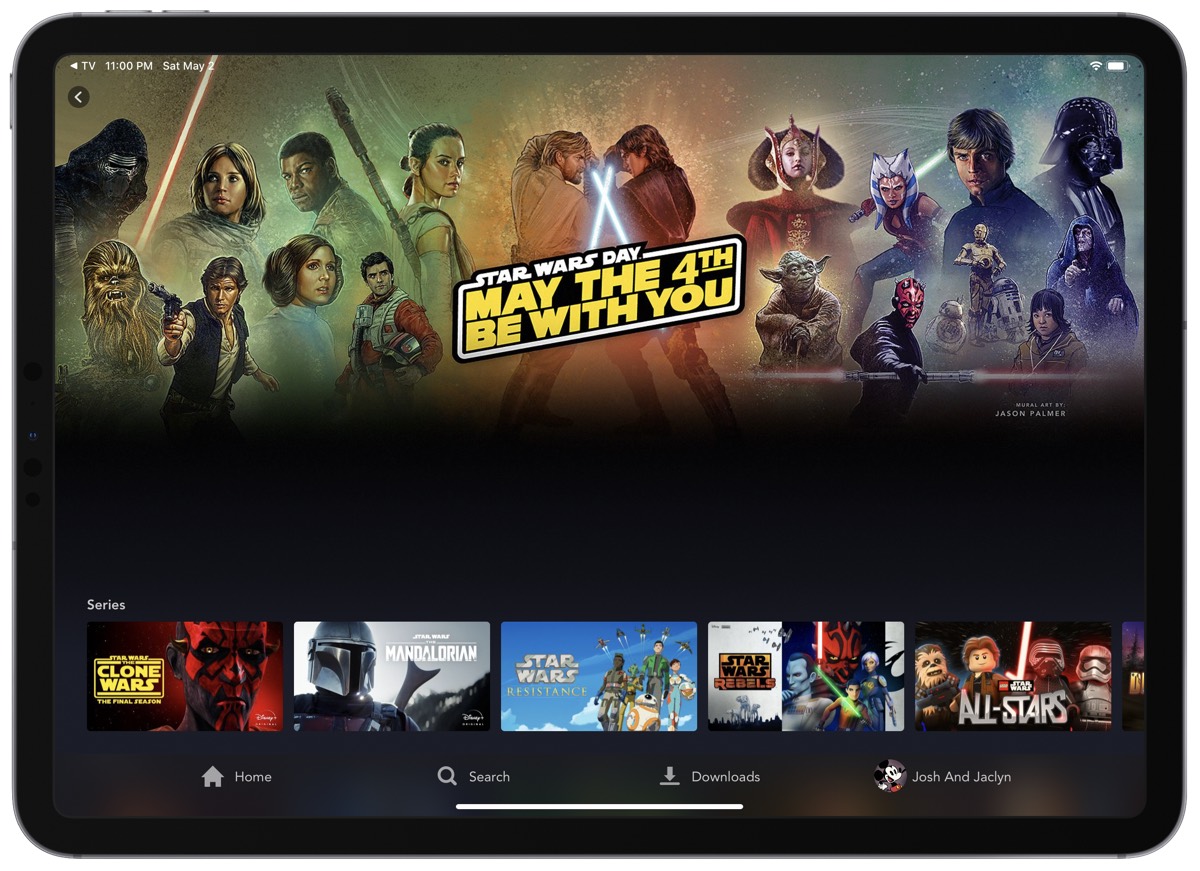 One last note: I think it’s very notable that the only character in this sketch not seen in any live-action films is Ahsoka Tano. Her character ranks as one of the top three most intriguing Star Wars characters ever — I’d put only Darth Vader and Maul ahead of her — and most Star Wars fans have never seen her, let alone heard of her. I suspect the May the 4th Star Wars Day artwork suggests there’s more to come for Ahsoka Tano in the future.