Back in early-and-mid 2020, I went on a bit of a mechanical keyboard buying splurge. There’s quite a lot of talk about the depth of the mechanical keyboard rabbit hole in my parts, so I had to have some background knowledge to join in the conversation.

I started with the Vortex ViBE — an odd-layout keyboard with a full numeric keypad, but no actual arrow keys. The hybrid layout (keypad, but no arrow keys or function row) was quite a neat experience — the ViBE had a smaller footprint than most other mechanical keyboards with a numerical keypad. I also quite like the ViBE’s Cherry MX Brown switches, though I do find their actuation force to be a bit on the light side.

Over time though, the odd hybrid layout got to me. I particularly dislike the need to change layers to switch between arrow keys and the keypad. Inside an app like Microsoft Excel, this is treacherous.

My discontent led to another mechanical keyboard purchase: the Keychron K1 V4. The K1 promises a full keyboard layout with arrow keys and a number pad and a thin, low-profile build that is far less hard on your wrists. I ordered one of these with the Gateron Brown switches, which were significantly mushier than the Cherry MX Browns on the ViBE, but usable for my everyday work.

The kicker though: the K1 was faulty. It did this weird thing when I hit the “+” button on the keypad. Keychron ended up sending me a replacement — a K1 V4 with Gateron Red Switches (by my request).

I hate Gateron Red low-profile switches. Not for me. End of story.

Naturally then, I was on the hunt for yet another mechanical keyboard. I had tried tactile Brown switches, linear Red switches (though apparently the low-profile Reds are significantly different than full-sized Red switches), and it was time to try something new. 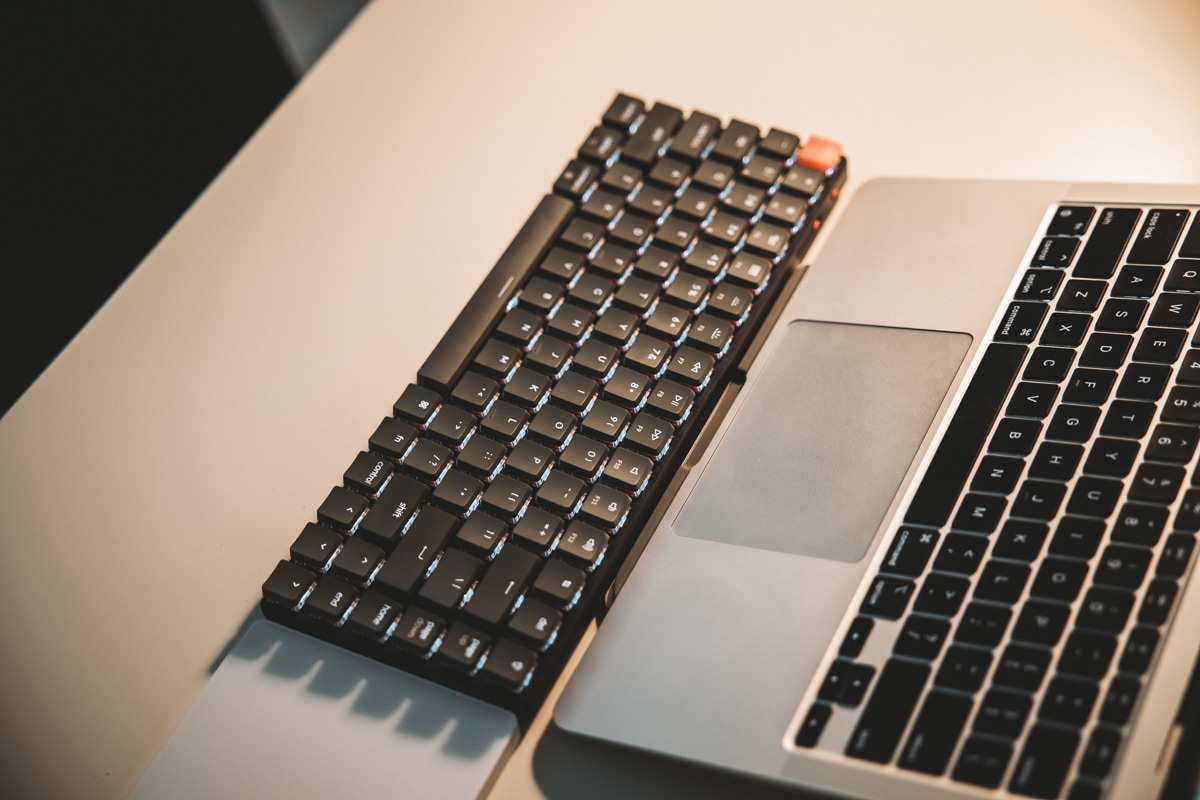 Thus far, I’m impressed — this is my favourite mechanical keyboard in my arsenal.

The keyboard is thin and light — small enough to warrant Keychron offering a travel pouch for the keyboard. Though I don’t see myself opting to carry this thing with me everywhere I go, I could see the consideration.

I personally find the lightness to tend on the “cheap feeling” side. It’s not a big deal — the keyboard simply sits on the desk and the feet keep it pretty stationary — but I think this thing would break over my knee if I, you know, got really mad at a video game or something. 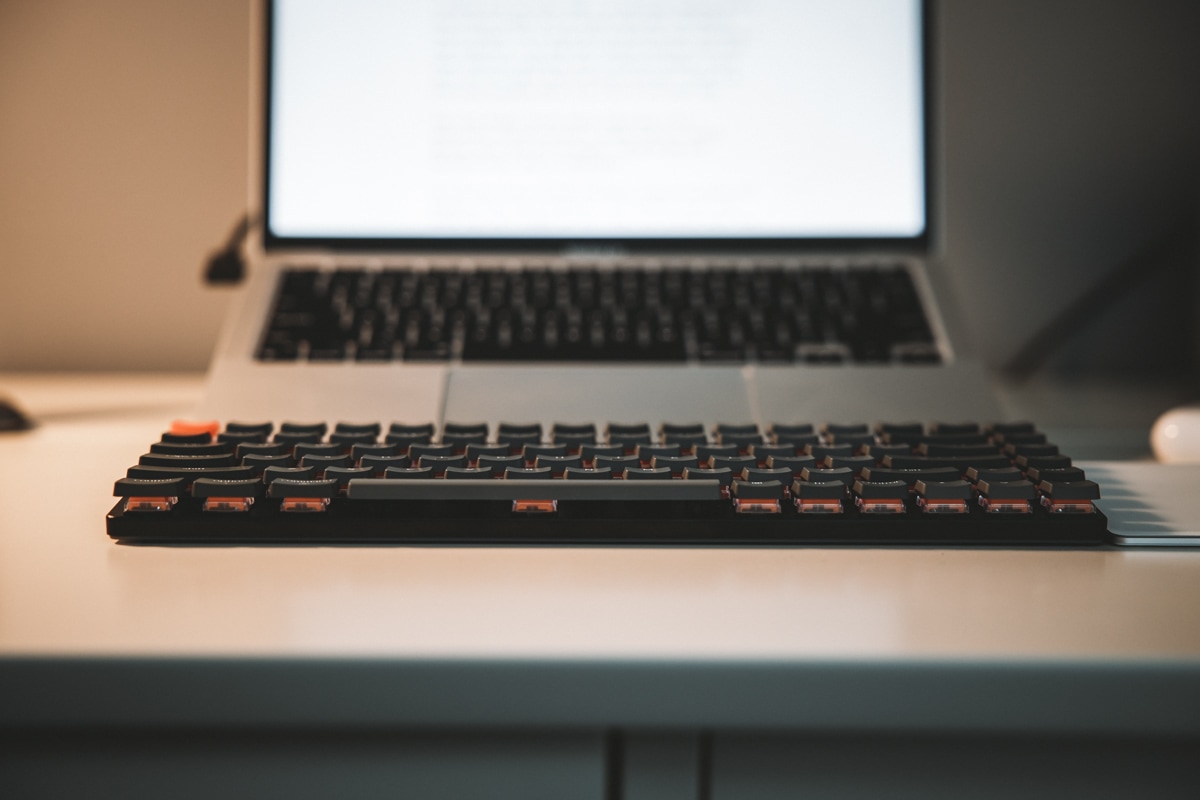 The Orange optical switches are the best — they are loud, ultra-clicky, and nice and hard to press. When I get going on a roll, I can’t feel my fingers bottoming out at the base of the keyboard. This is a far cry improvement over the Brown and Red low-profile Gateron switches I tried earlier in the K1. No keyboard I’ve tried matches this “It-just-doesn’t-bottom-out” effect.

The switches aren’t too loud, but they are loud. I find the sound to be a bit higher-pitched than I anticipated, replicating long fingernails tapping on a metal surface rather than that Tommy Gun sound of old. I don’t think I’d get in trouble if I used this in the office all day.

I’m not a very big fan of the 75% layout, mind you. I like having the function row on a mechanical keyboard, as I use the F-keys quite often for various tasks. But I have to become accustomed to having the right shift key inset from the edge of the keyboard and having the backspace/delete key inset from the top right corner.

That said, every single keyboard on Planet Earth should have a built-in dedicated screenshot key. Keychron has absolutely nailed the secondary functions of its F-key row.

I opted for the simpler white-backlit K3 option. It’s cheaper and I find RGB-backlighting to be gaudy. It’s great to have a backlit external keyboard.

I haven’t had a chance to put the K3’s entire battery life to the test. It does, however, charge via USB-C — a seeming match-made-in-heaven with the M1 MacBook Air. 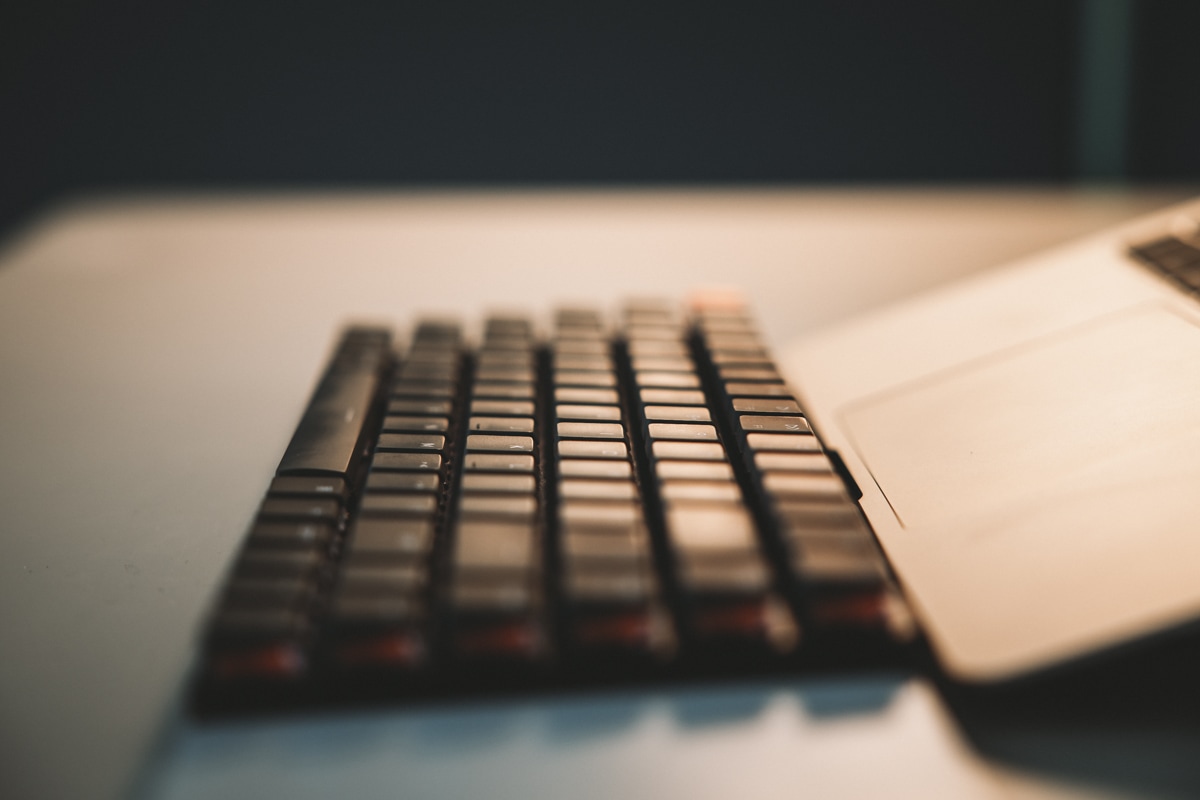 I find my wrists to tend on the tired side after a strong 5-minutes of solid typing. After 5 straight minutes, I find myself needing a slight 10-second break to recoup before restarting. I really wish the custom K3 wooden wrist rest shipped to Canada. If anyone has one, wants to get rid of it, and is willing to ship it to me, get in touch.

At this point, I haven’t attempted to remove any of the hot swappable optical switches. Knowing I can remove and replace them with a different optical switch set is a total selling feature in my mind — I’m much more likely to purchase a set of Blue clicky switches to compare to the Orange switches than I am to buy an entirely new keyboard just to compare.

And of course, I really miss the numeric keypad.

This isn’t meant to be a full-fledged review, by any means. I’ve had the keyboard for four days and spent a lot of time writing this weekend, so I figured I’d share some thoughts. The Keychron K3 has been quite the hot commodity during its Kickstarter campaign and initial launch, so the more information circulating the web, the better.

Plus, I haven’t found too much information about the Orange optical switches thus far. I wonder if it was shipped slightly later than the other options. 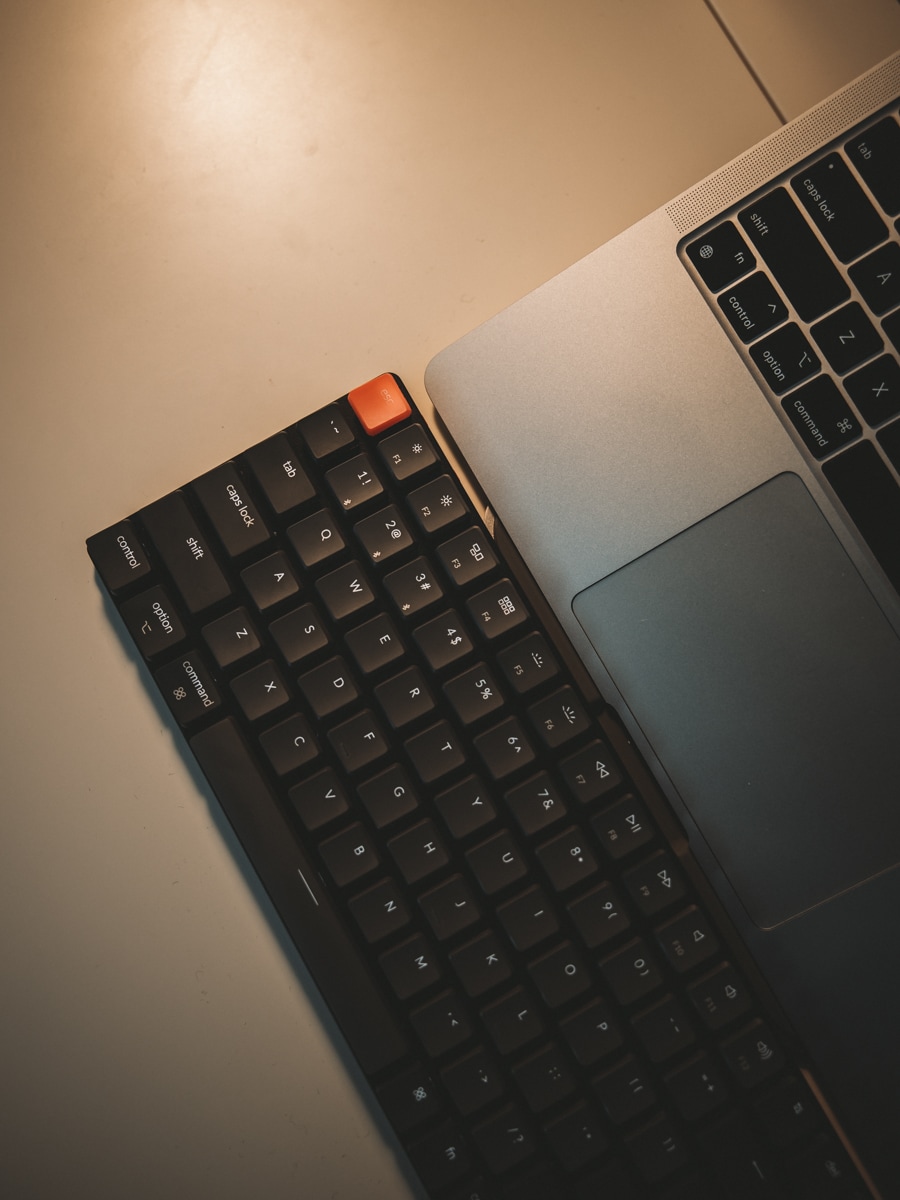 Long story short, I have a new favourite mechanical keyboard in the house. It’s louder than I care to admit, but I am to the point of no longer caring — I can type faster, with more accuracy, and significantly more joy than ever before.

So far, I highly recommend the Keychron K3.

This is a referral code to get 10% off the Keychron K3, if you feel like being awesome.

There’s no new revelation, or scandal, or noteworthy story to be told today — do not take my point as a source of complaint or controversy. I’m merely surprised by how different the new scissor-mechanism keyboard on the M1 MacBook Air feels in relation to the scissor-mechanism keys on the iPad Magic Keyboard.

The M1 scissor keyboard feels, to my fingertips, spongier. I feel like there’s more travel with the M1 keyboard, more overall tolerance in the keys (they seem to wobble more, especially the space bar), and they return slower and with a lower thud.

The iPad Magic Keyboard, in comparison, feels bouncier. The key doesn’t feel like it’s traveling as far, and it certainly does so with less key wobble. I’m also surprised by how different they sound — where the M1 has that deep, thud-thud-thud sound, the iPad Magic Keyboard has a higher pitched key sound and is noticeably louder.

Again, no controversy to report today other than a simple observation. I’m finding I have to slightly relearn how to type on this M1 MacBook Air and I’m certainly noticing more errors when typing on the Air.

Backed into a corner, if you made me choose one over the other, I’d choose the iPad Magic Keyboard.

On Having Great Neighbours

The little girl here is the same age as our oldest, and this has to be one of the greatest blessings in disguise. These two girls are going to grow up not knowing any other life than having a next door neighbour as a best friend.1

Having the neighbourhood watch-dog also happens to be a blessing in disguise.

For the full photoset of this beautiful family, check out my portfolio page right here. 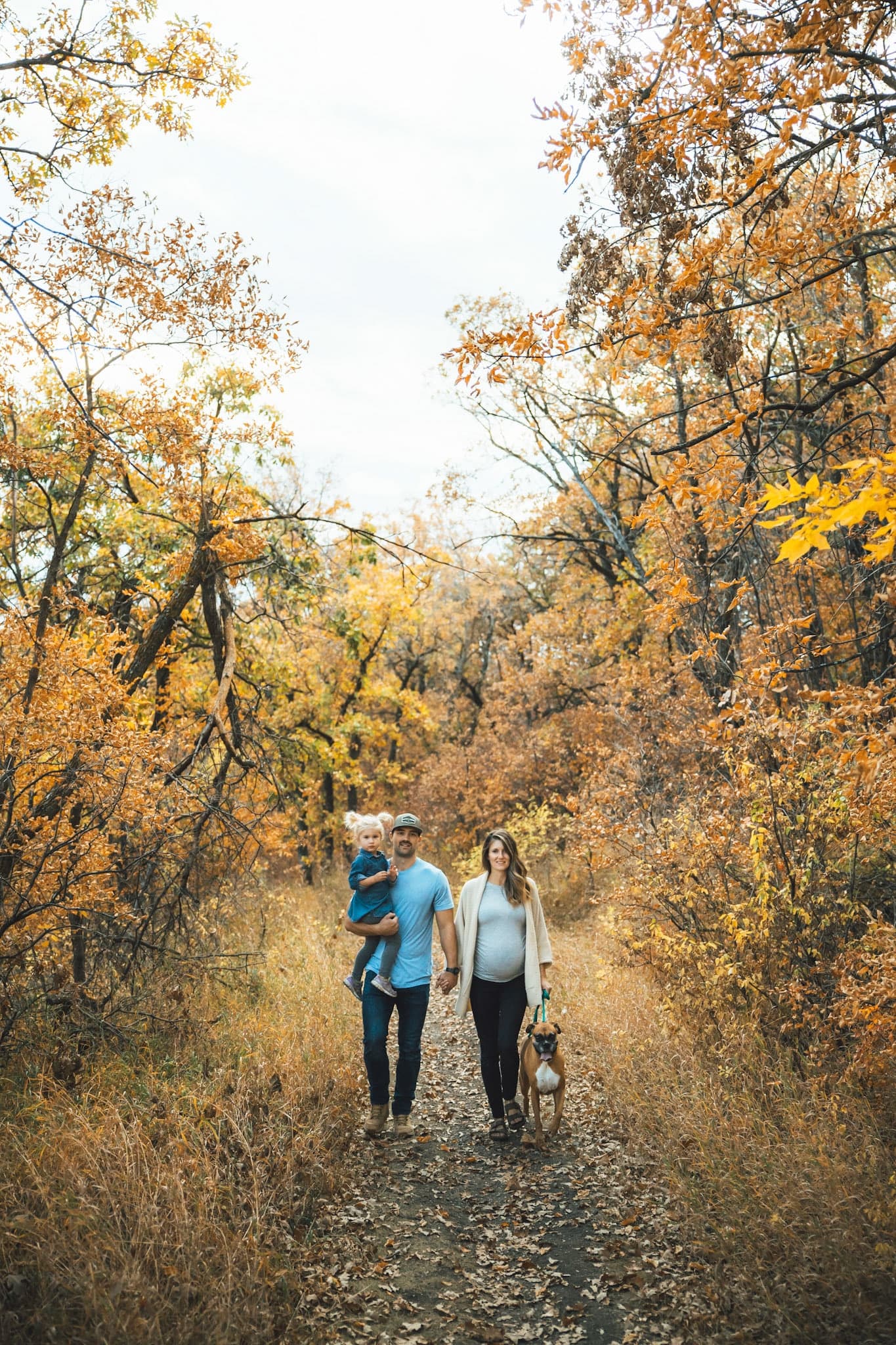 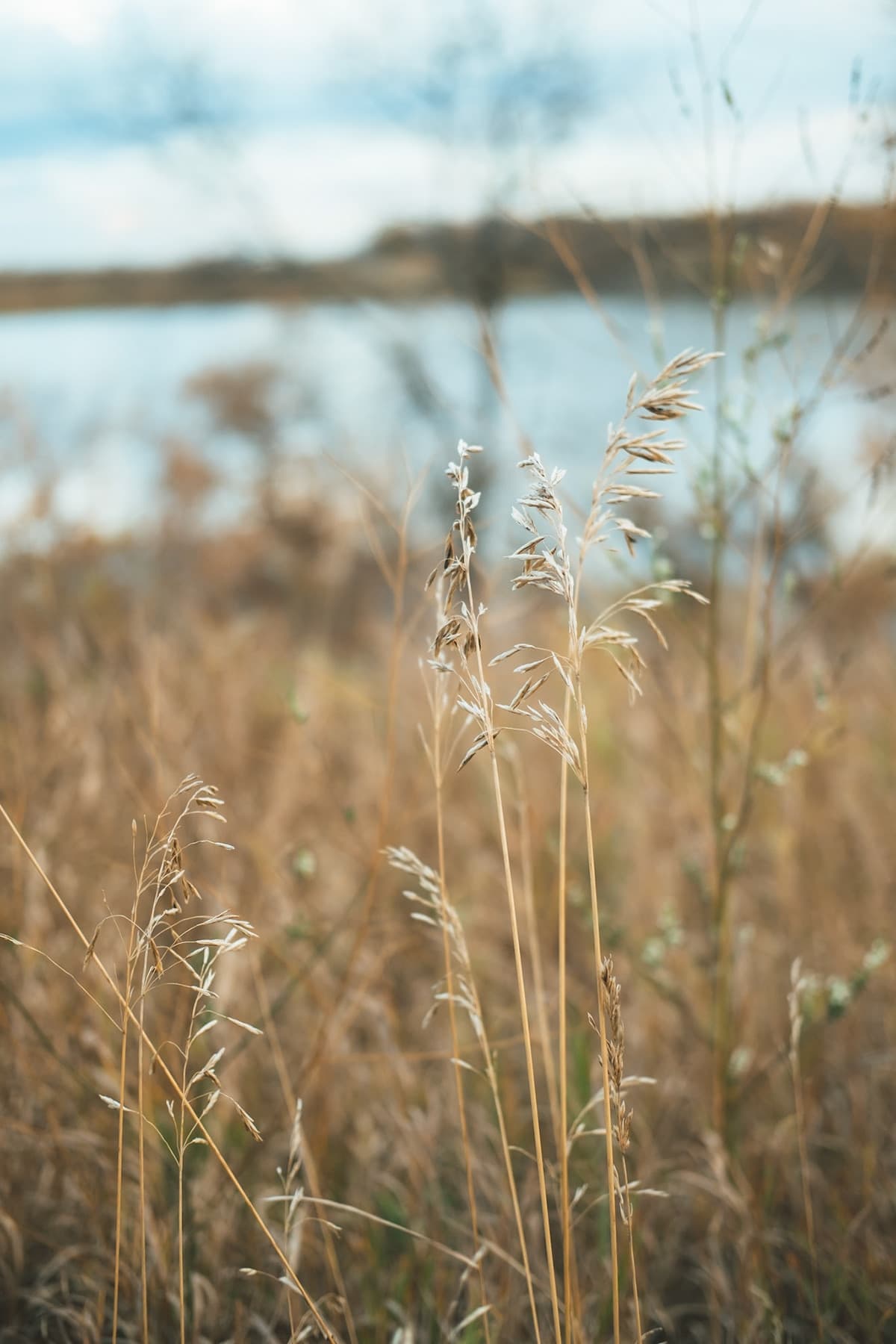 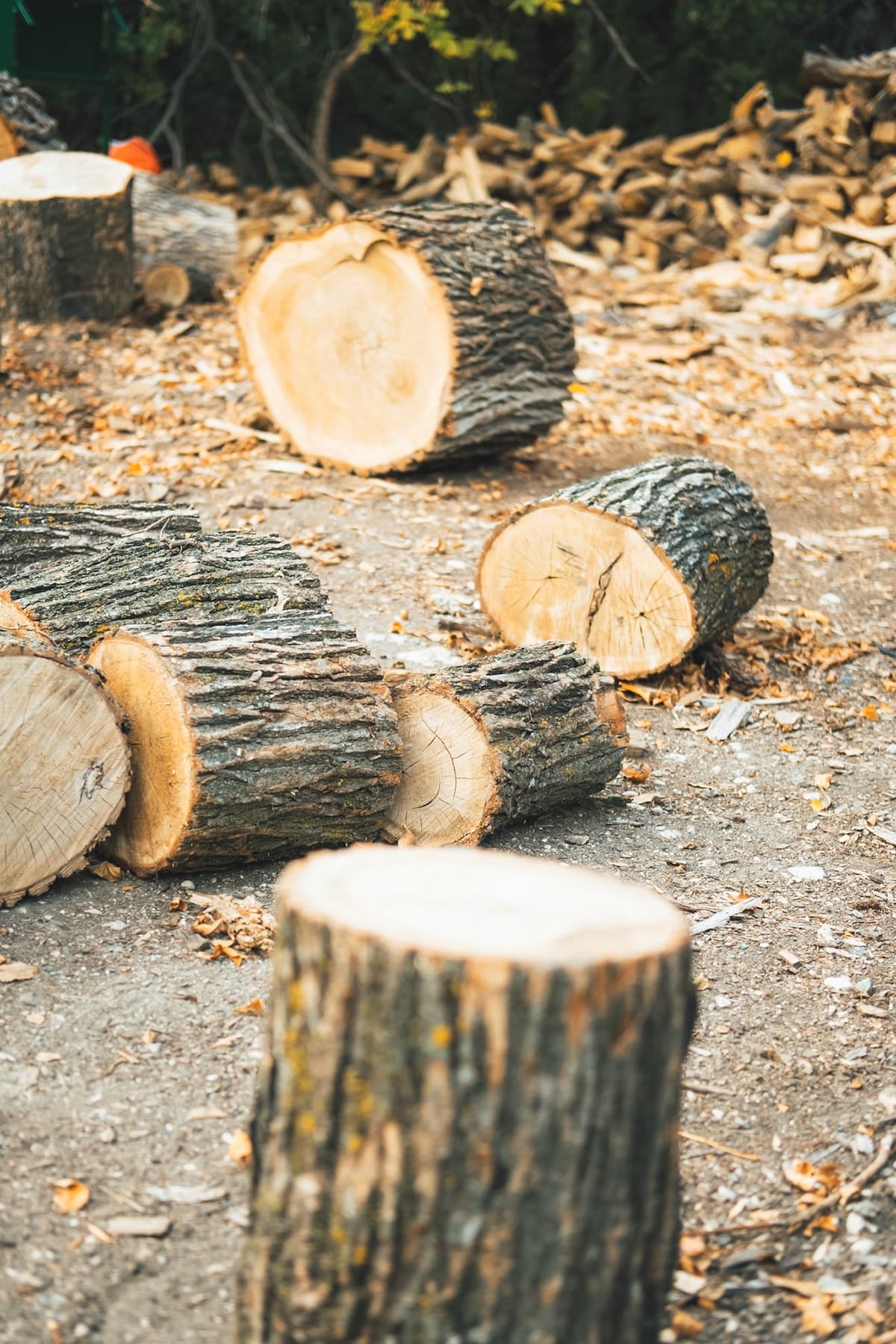 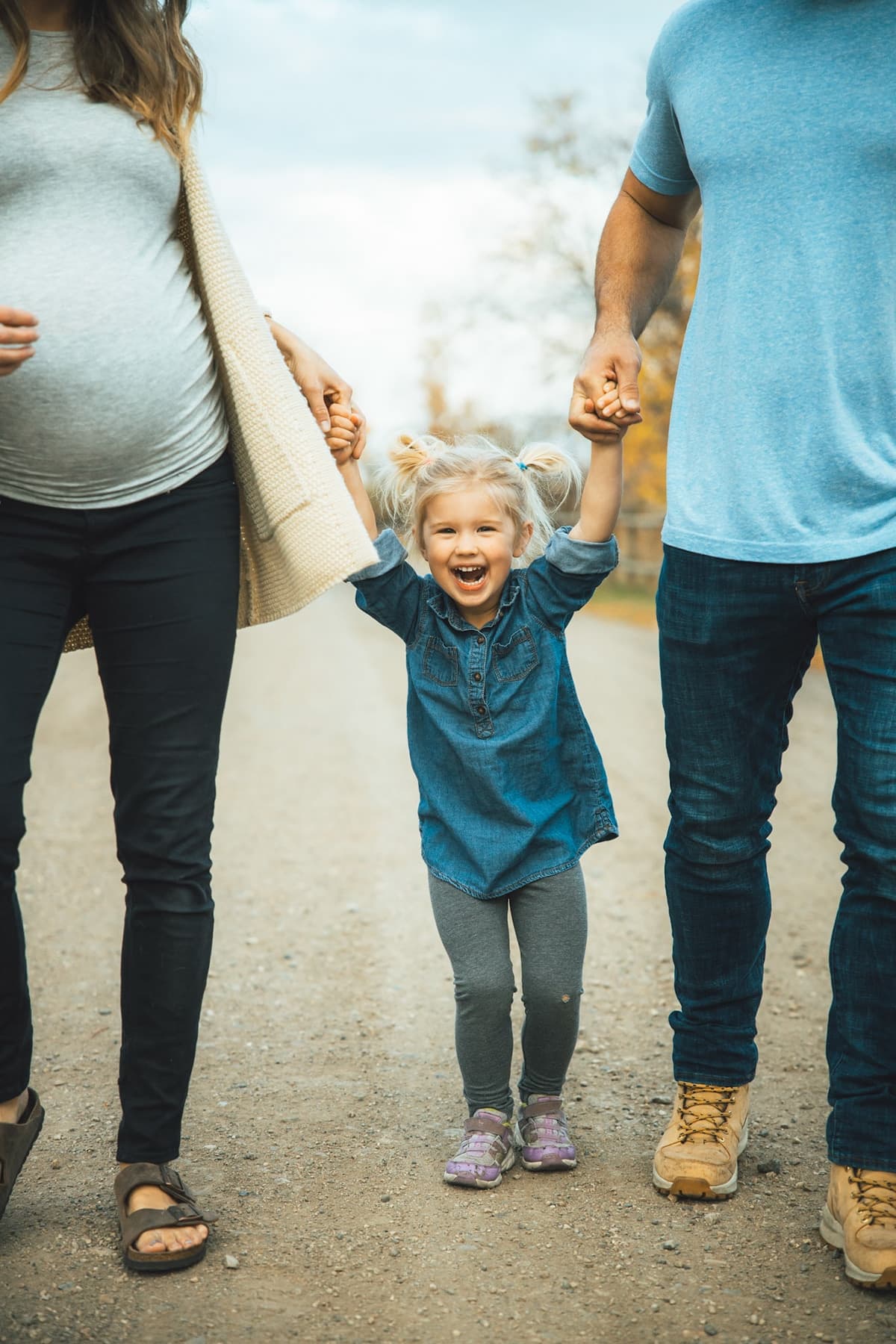 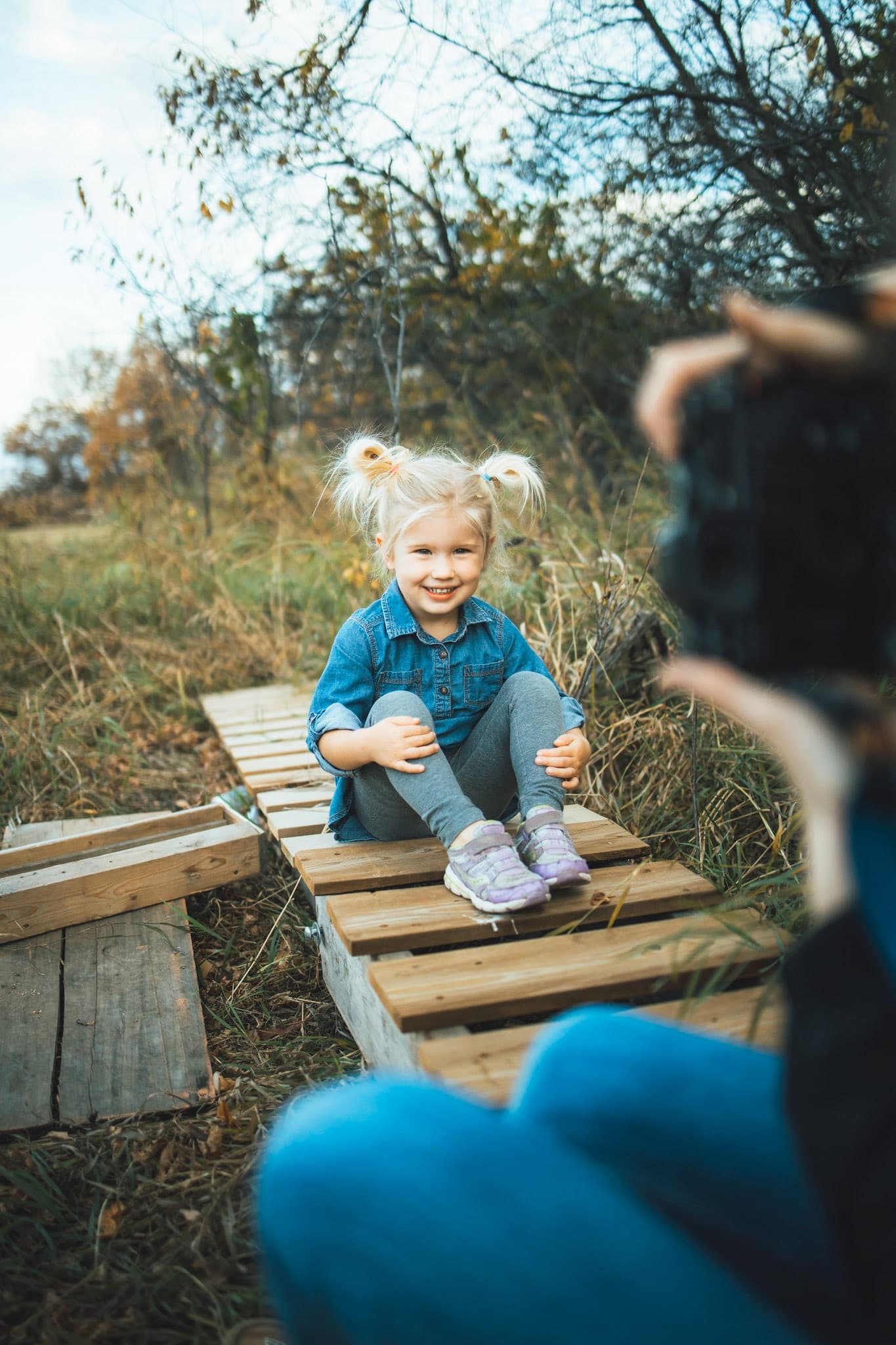 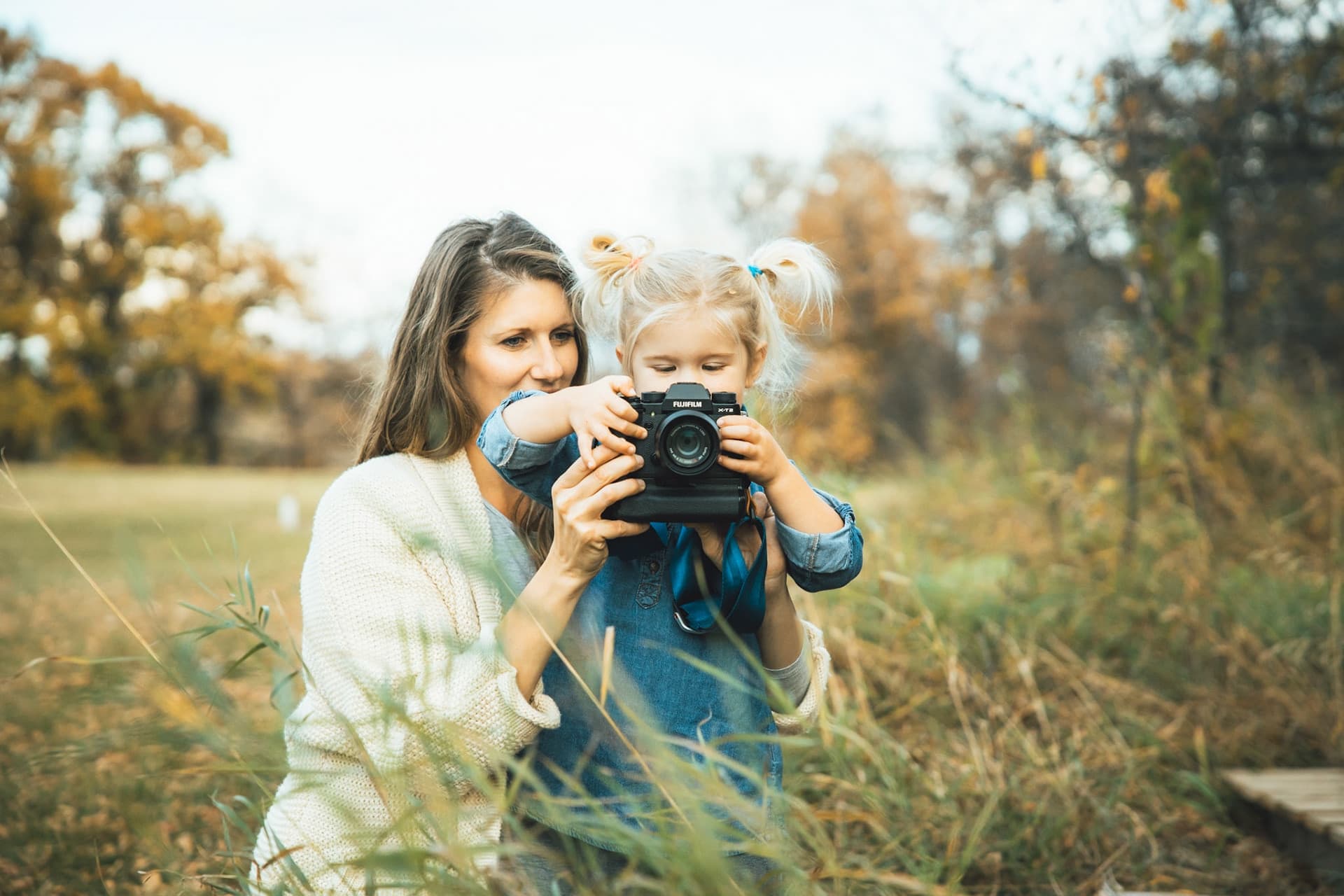 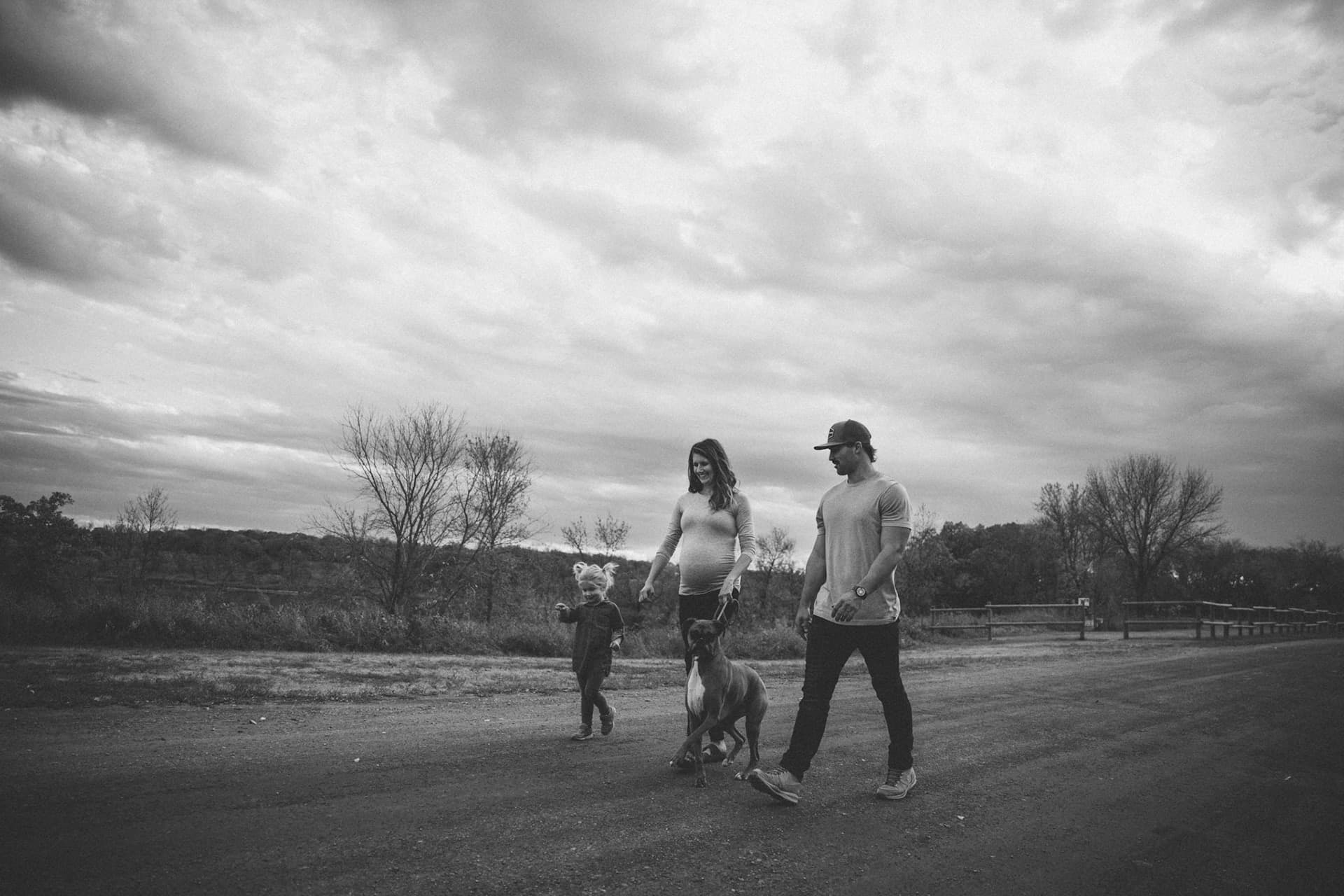 "Go after a market with strong demand."●

I’m quickly growing fond of Justin Jackson’s business writing. This latest piece has a few nice tips and learning points for those looking for clarity. I thought the breakdown of this list was great:

When I talk about a “market” I’m describing the sum of demand for a particular thing:

Seems obvious, but if it were obvious, we’d all be millionaires.

I’m still getting caught up on all the photography from the summer. Which is a great thing of course — it means I actually pulled out the camera and took the time to make some edits!

In actuality, the camera has been in full swing. But more on that soon.

Falcon Lake, Manitoba is where my retirement dreams lie. It’s a full-on lake town, with a grocery store, lumber yard, and a beautiful golf course all within a five-minute drive from some of the nicest cabins in the province. 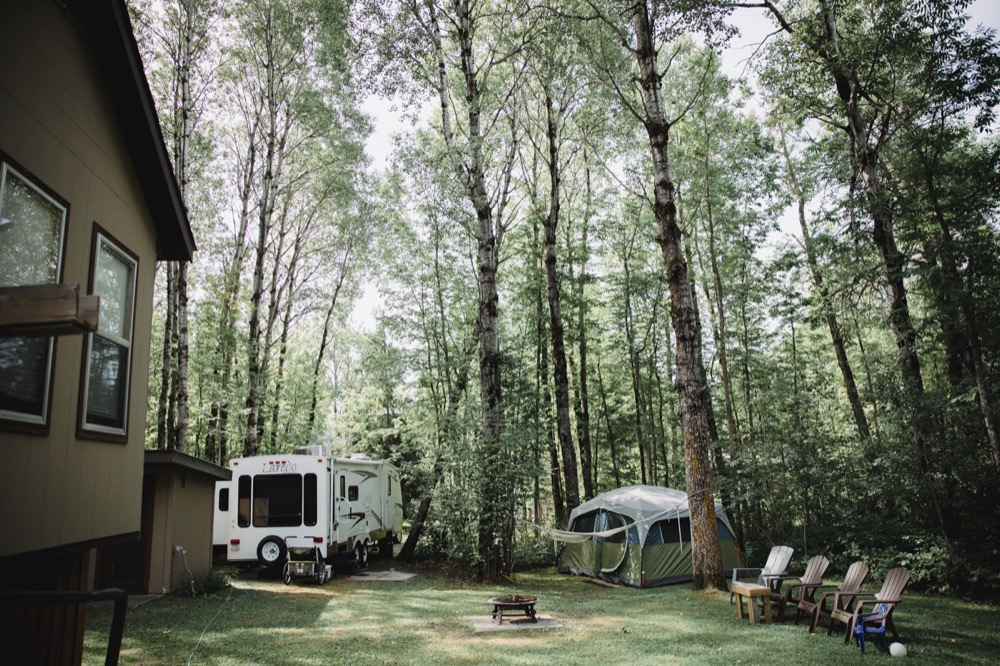 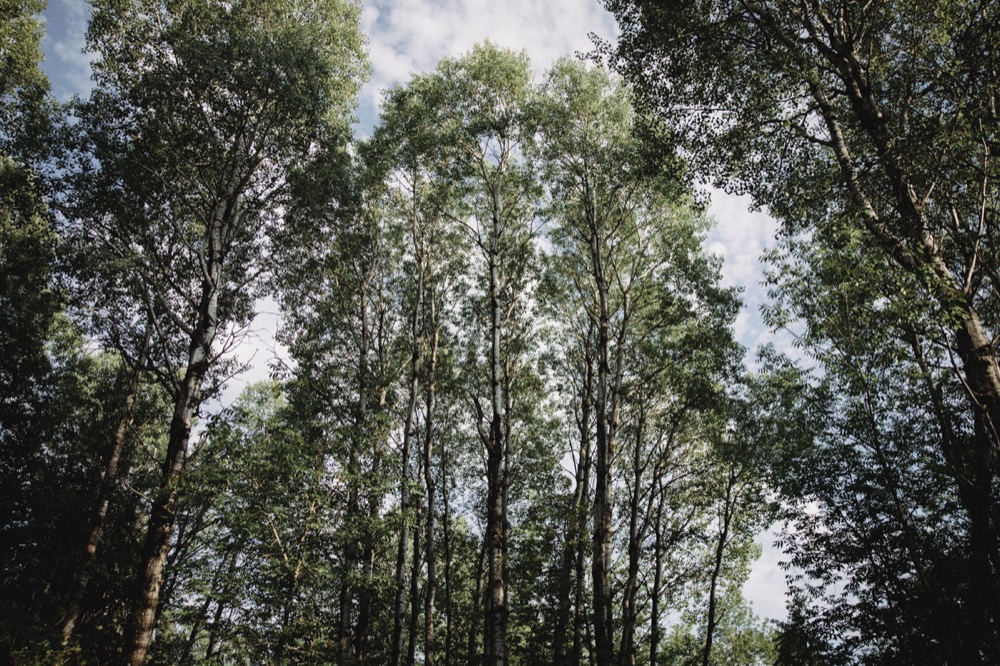 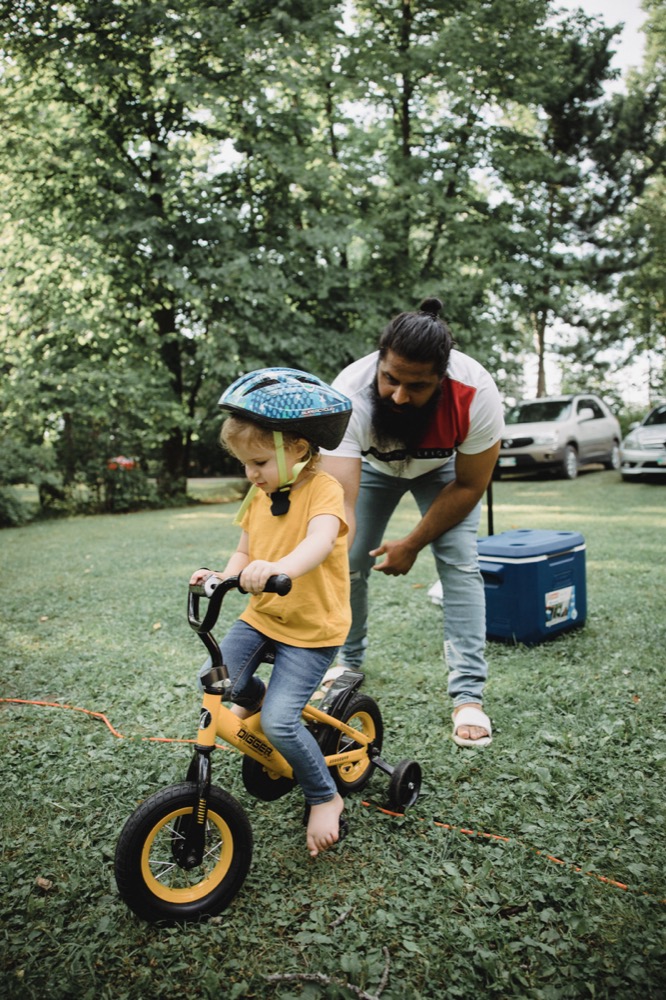 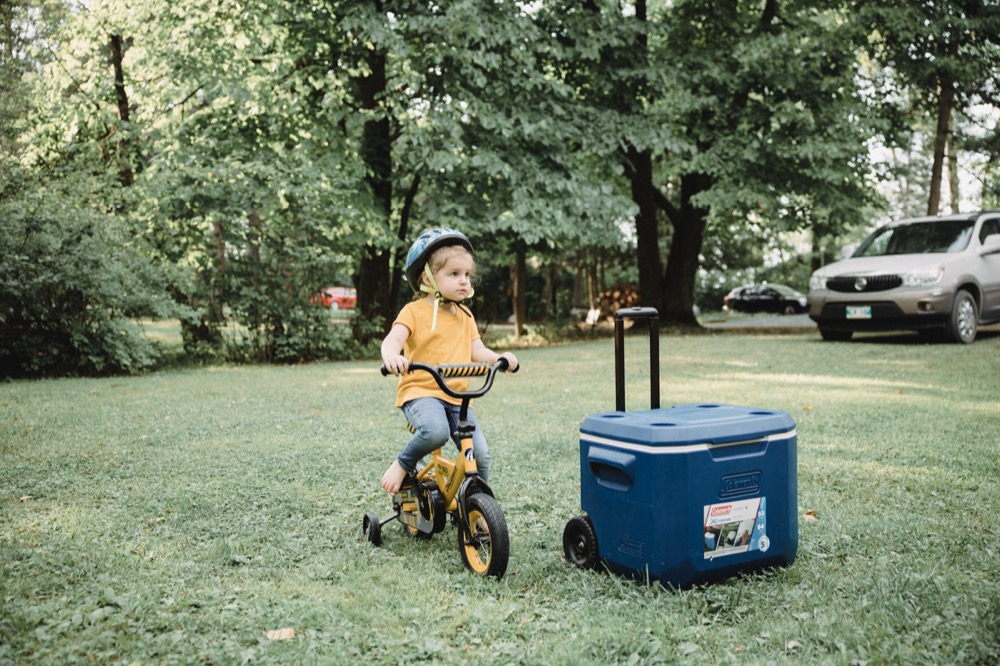 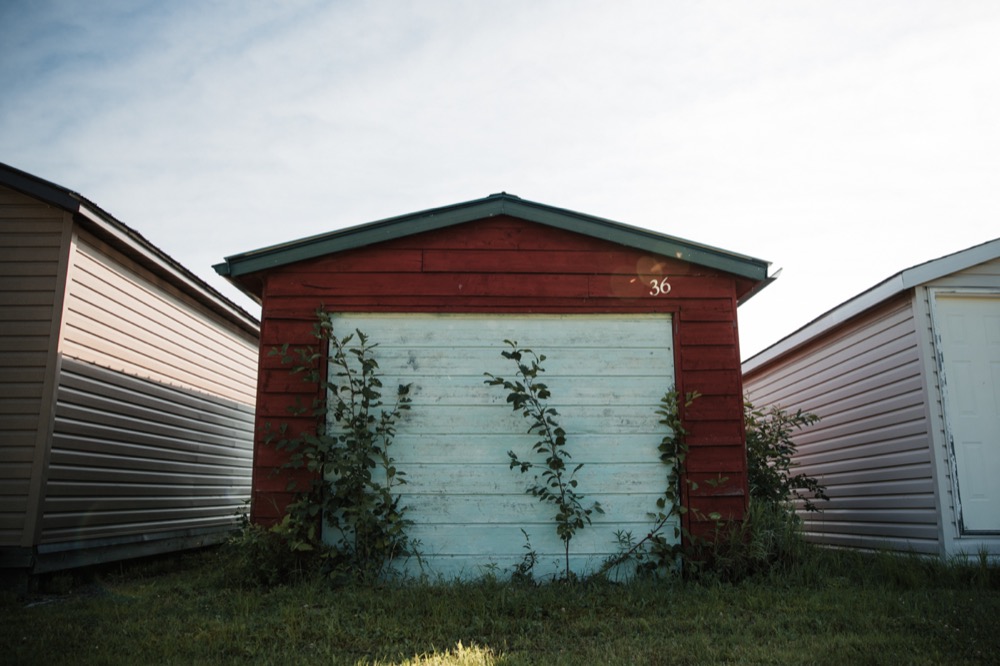 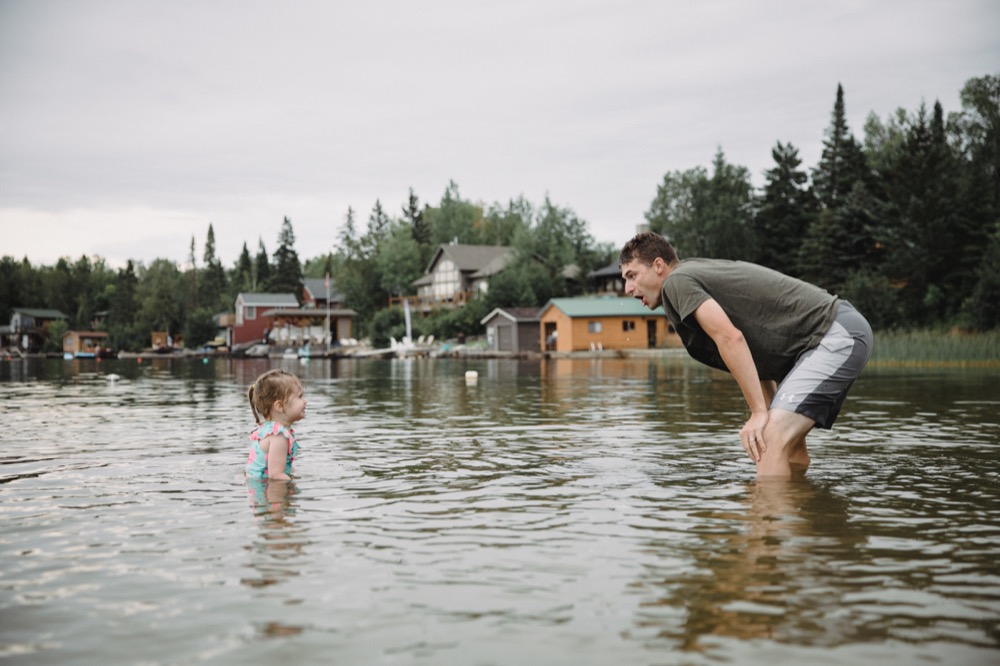 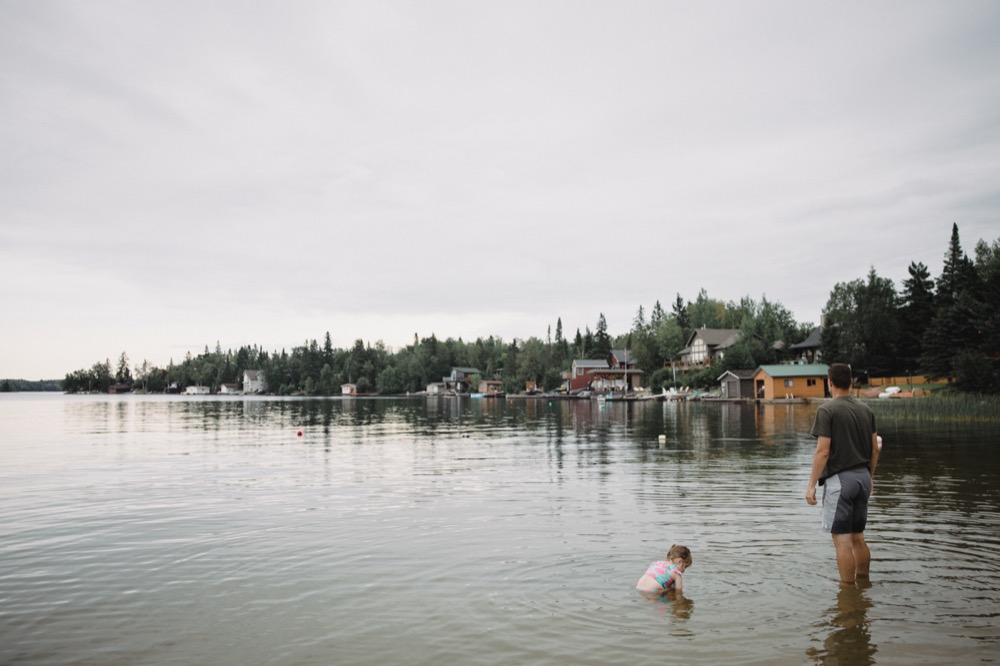 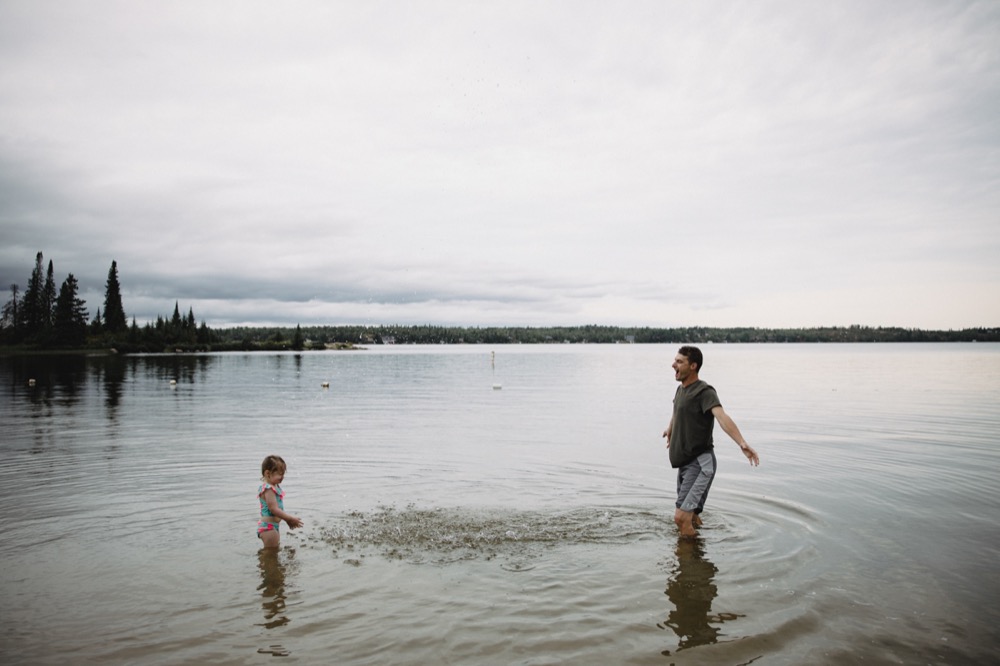 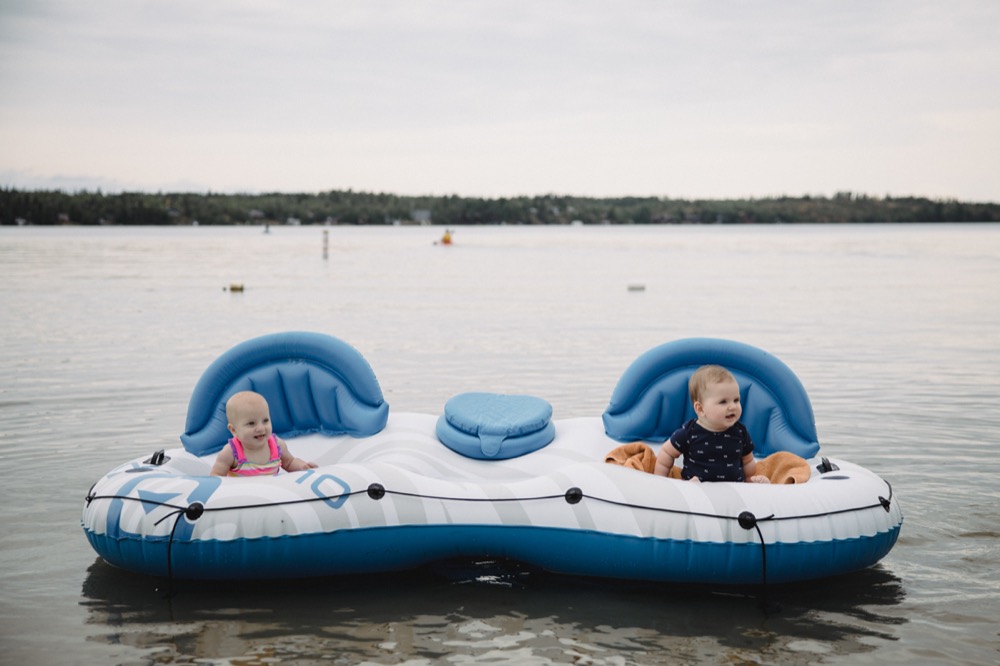 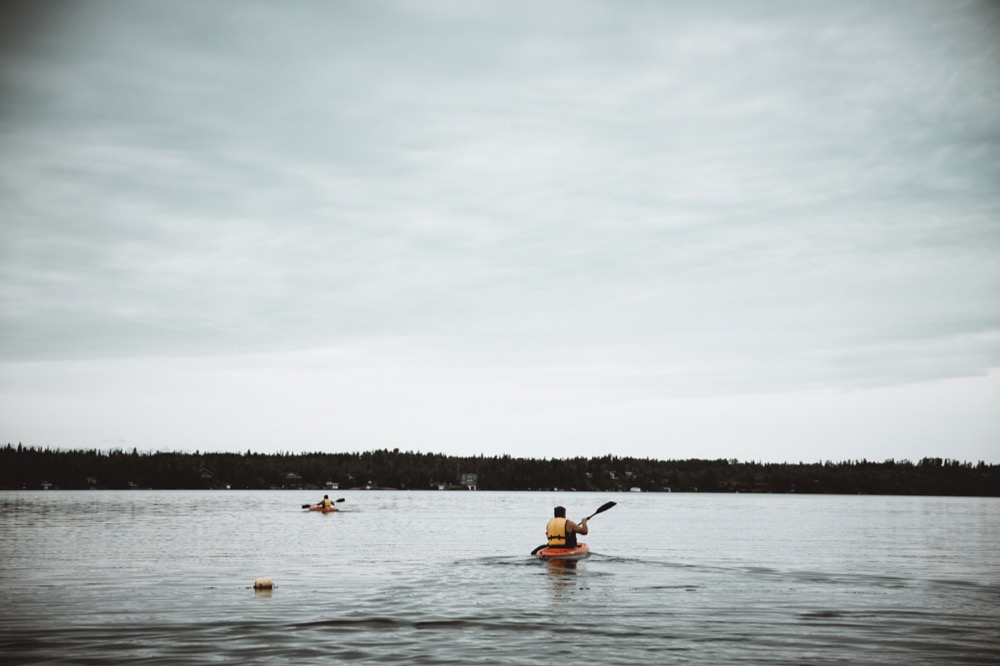 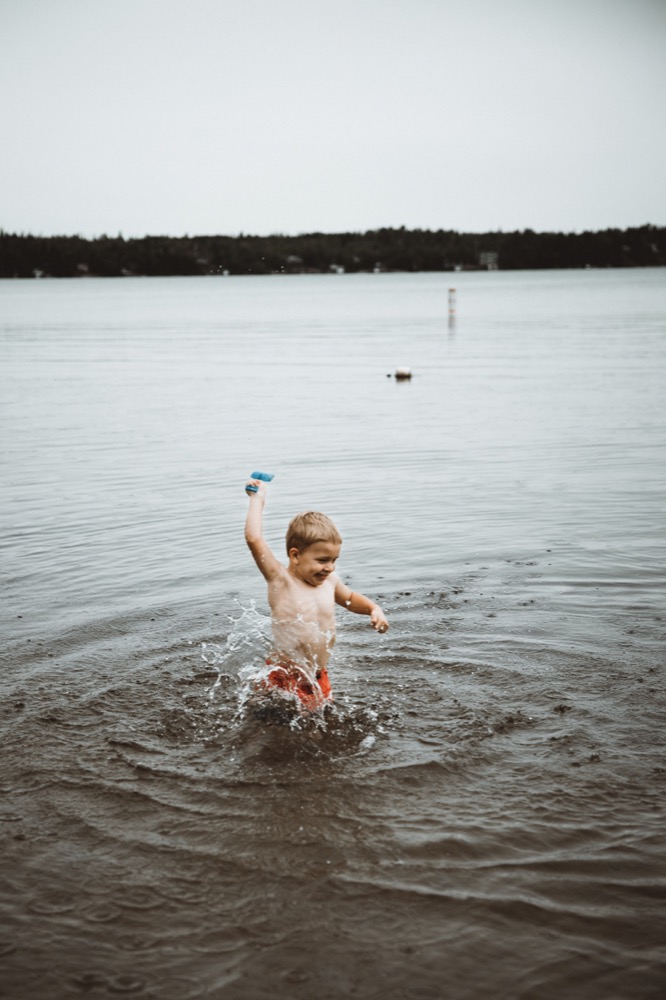 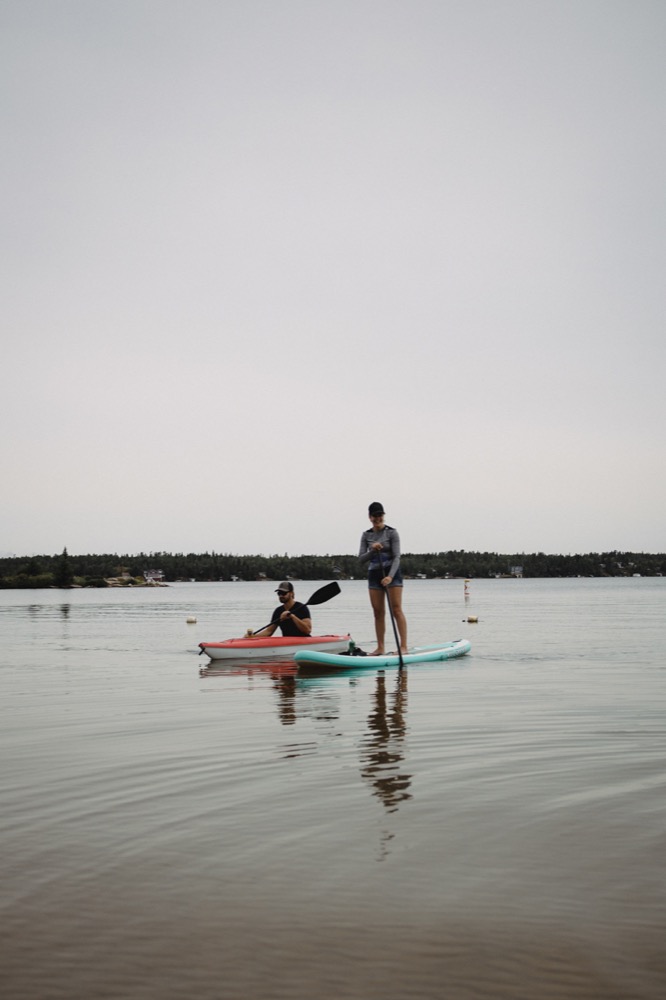 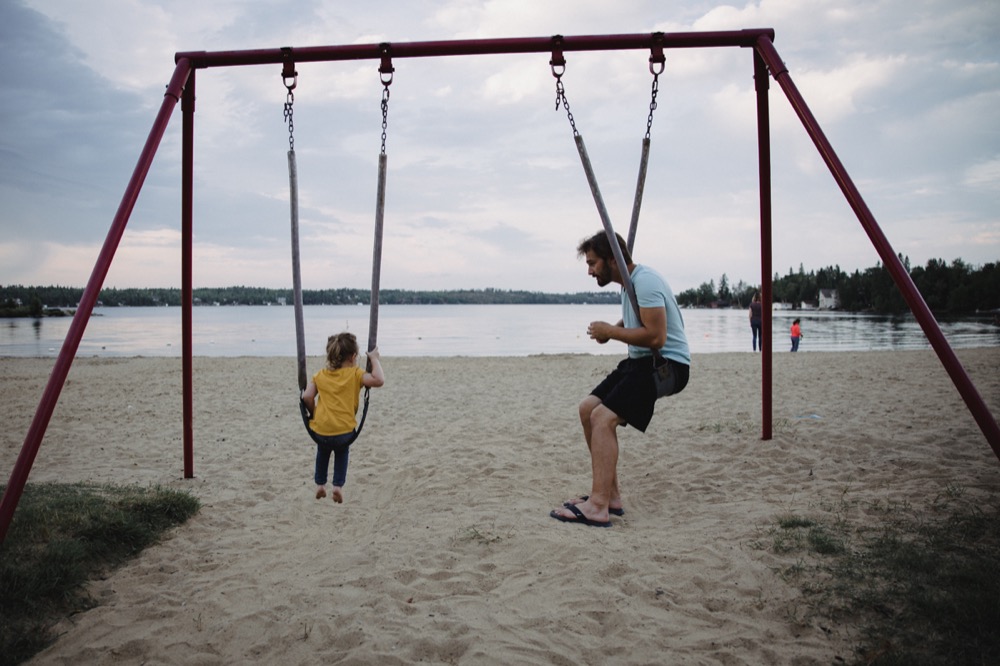 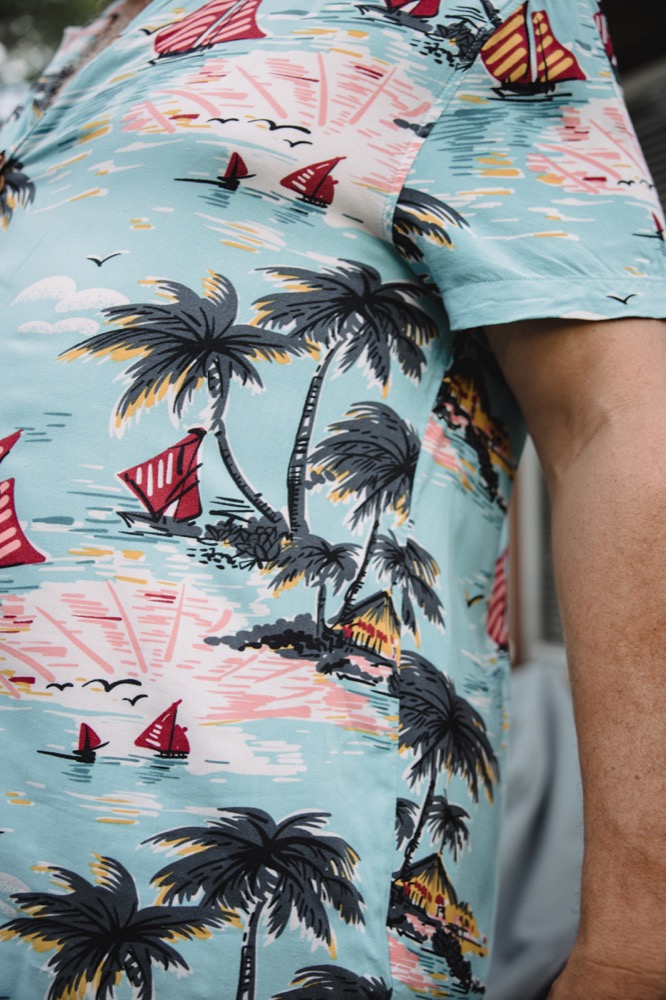 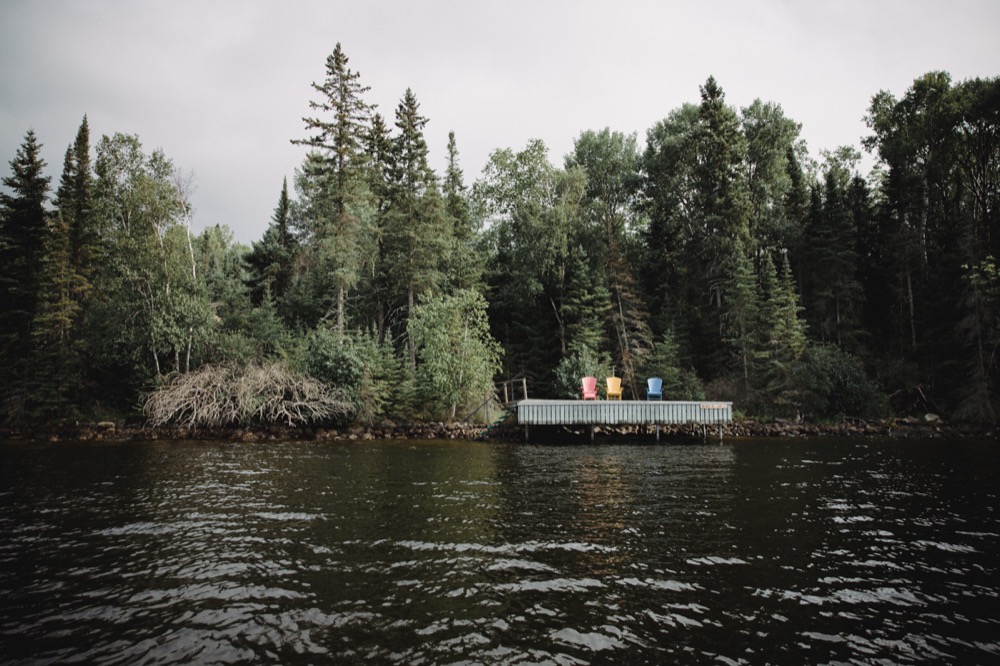 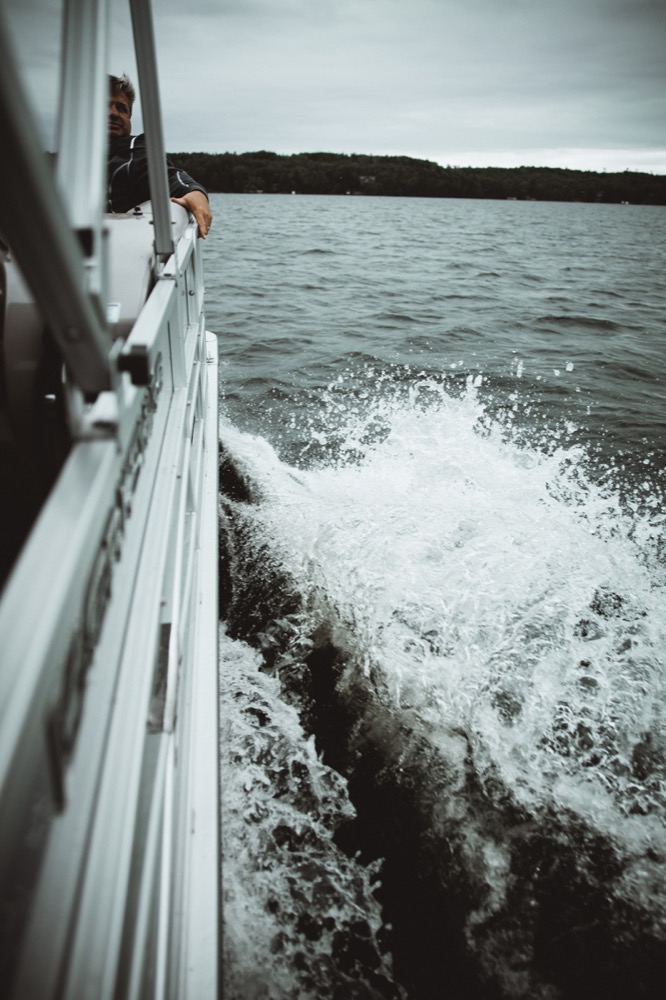 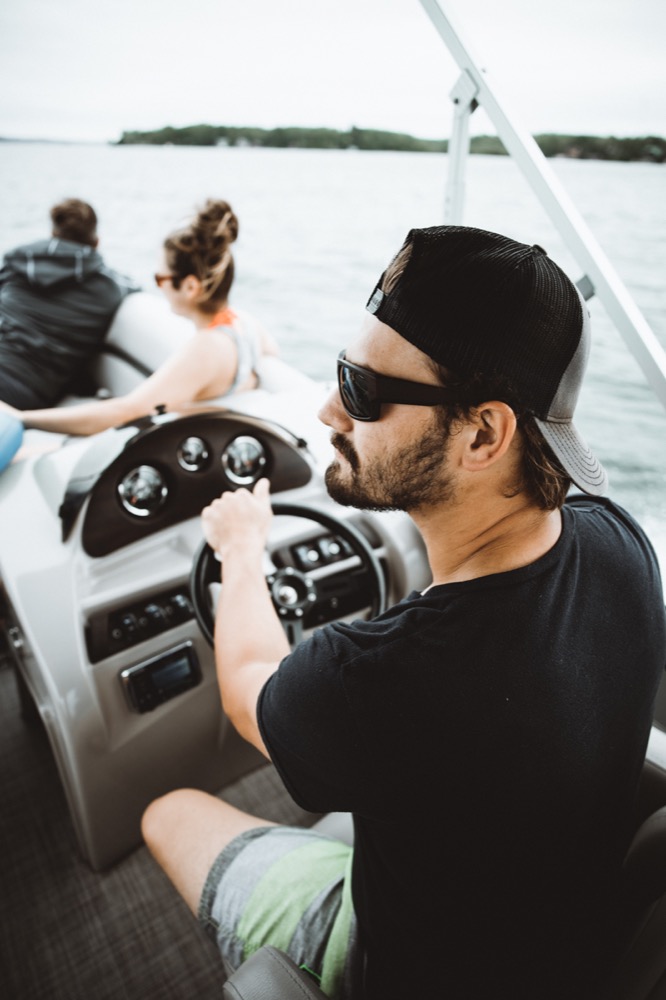 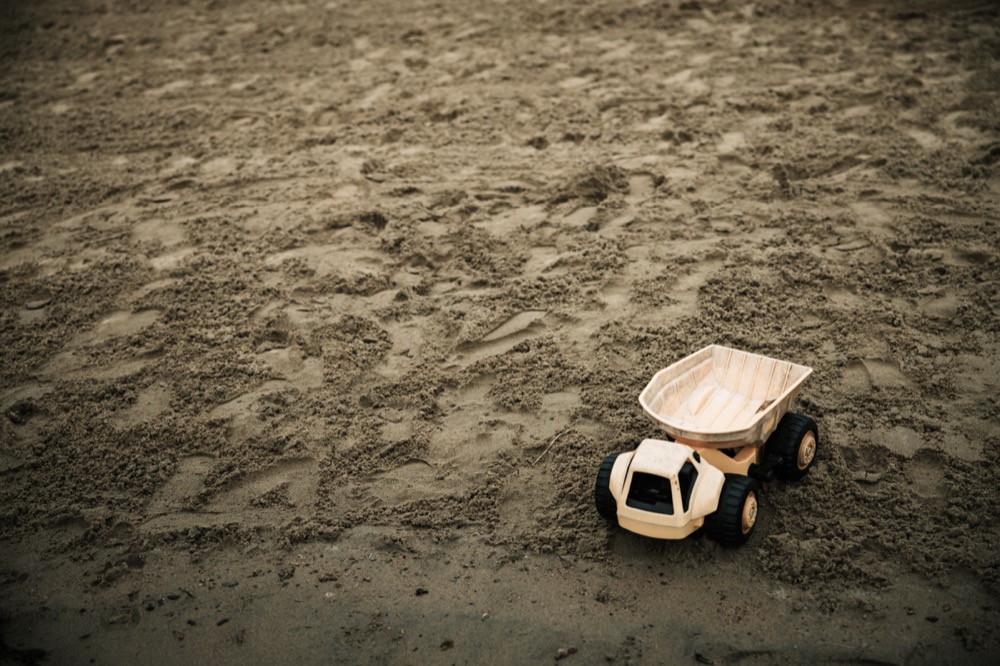 Web Apps Are a Must●

Matt Birchler’s latest post is a hammer to my nail:

So what do I look for in a new service? The Mac diehards will kill me, but I look for things that are a web-service first and foremost. I want to make sure that no matter what device I’m on, and no matter what account I’m logged into, I can get to my stuff. Inoreader is a good example of this, as it lets me view, read, and manage my RSS feeds in a competent web app on Windows, but it has an open API which developers can use to integrate the service into native apps.

I’m using GoodLinks myself for read-it-later right now, but this is far from an ideal workflow. Should I run into an article I want to read later on any of the iPhone, iPad, or Mac, GoodLinks is great. If I find an article on my work PC — which is 90% of the articles I find these days — I have this convoluted work-around:

Should one of the links be required to save for later in Bear notes, I’d formerly move that link from the daily Link Drop email into Bear.

This was a long, ugly workflow that I am happy to retire.

On the notes front, everything is going into Roam Research right now. Roam is best accessed in the browser on a Mac or PC, but is also 99% capable in the browser on iPad as well. I’m not reading articles later in Roam by any means, but this at least takes Bear out of the equation.

Read-it-later continues to be one of my most despised workflows. I’ve found nothing that checks all the boxes (web app/service, great reading environment, and a touch of whimsy and delight).

By and large, I’m with Matt here: I likely won’t even entertain (which should be read as “I won’t even download”) an app to my iPhone or iPad that doesn’t have a working web service or web app in the background. I don’t even need Mac support! Windows/Web-app + iPhone + iPad works just fine.

There are one or two exceptions, but having a web app is increasingly fundamental for me.