How to Go Back to the Best Tweetbot Icon Ever Made

Ready for the easiest tip of all time? Simply tip the Tapbots crew inside the latest Tweetbot app for iPhone and iPad and unlock three extra app icons and a range of different themes for the app.

Though I’d say Reeder was likely the first app to really get me into apps, it was Tweetbot that really put me into Twitter. (For better or worse, of course.) To me, Tweetbot has been the best and most pure form of Twitter available.

The latest iteration of the app looks great, as always. But the original app — with all its machinations, clicks, beeps, and droidian character — is, perhaps, my single favourite app design of all time.

The retro Tweetbot icon may also be the greatest icon ever made for iOS. Ever. I could be persuaded of others taking the crown. But for now, Tweetbot’s retro icon takes the prize.

All you have to do to return to the former Tweetbot glory days is provide a small tip to the Tapbots team. Pretty easy peasy, especially considering it’s been quite awhile since the Tapbots crew released an app you can pay for. After tipping, “Retro”, “Retro Noir”, “Modern”, and “Modern Noir” are unlocked and can be seen above. Retro is, quite simply, the best.

A tip also generates a few additional app themes, though nothing like the former droidian glory days. Here’s a smattering of additional themes in post-tip Tweetbot 5. 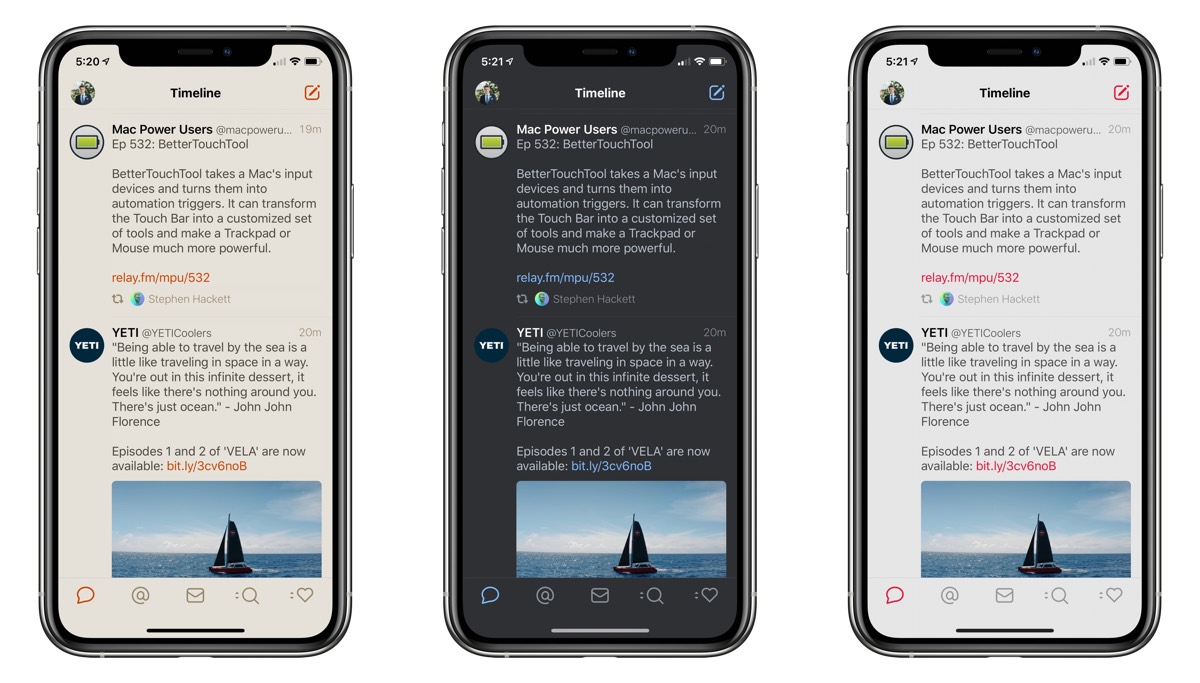 There’s nothing earth-shattering to today’s blog post. Just a simple, cheap, and easy way to make your home screen feel both young and old again. To provide a dash of classic iOS. And to remember at least a touch of how Tweetbot made Twitter so much fun to use.