When Troy Tulowitzki hit a three-run double in the bottom of the sixth inning in Game 5 of the ALCS, Jac and I knew we were taking the weekend off.

The Major League Baseball postseason doesn’t venture very close to Southern Manitoba all that often. If the Minnesota Twins take a stab at the postseason, we find ourselves an eight hour drive away from the action. The next closest spot is Kansas City. At 11 hours, it’s a bit further than Minneapolis, but not too far as to make it unrealistic.

So Jac and I made some quick arrangements and hopped in the car for the 11 hour drive to watch Game 6 of the ALCS in Kansas City. 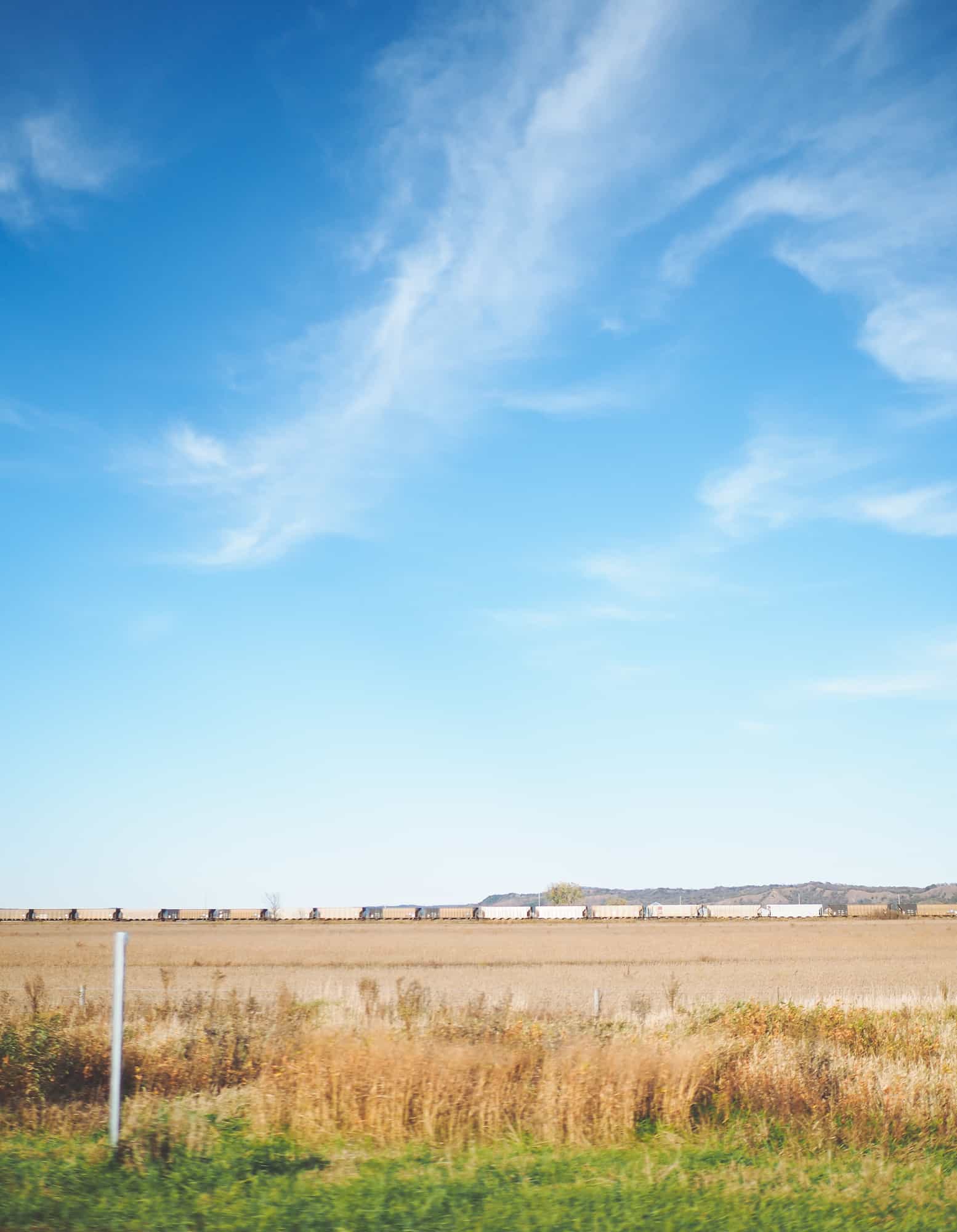 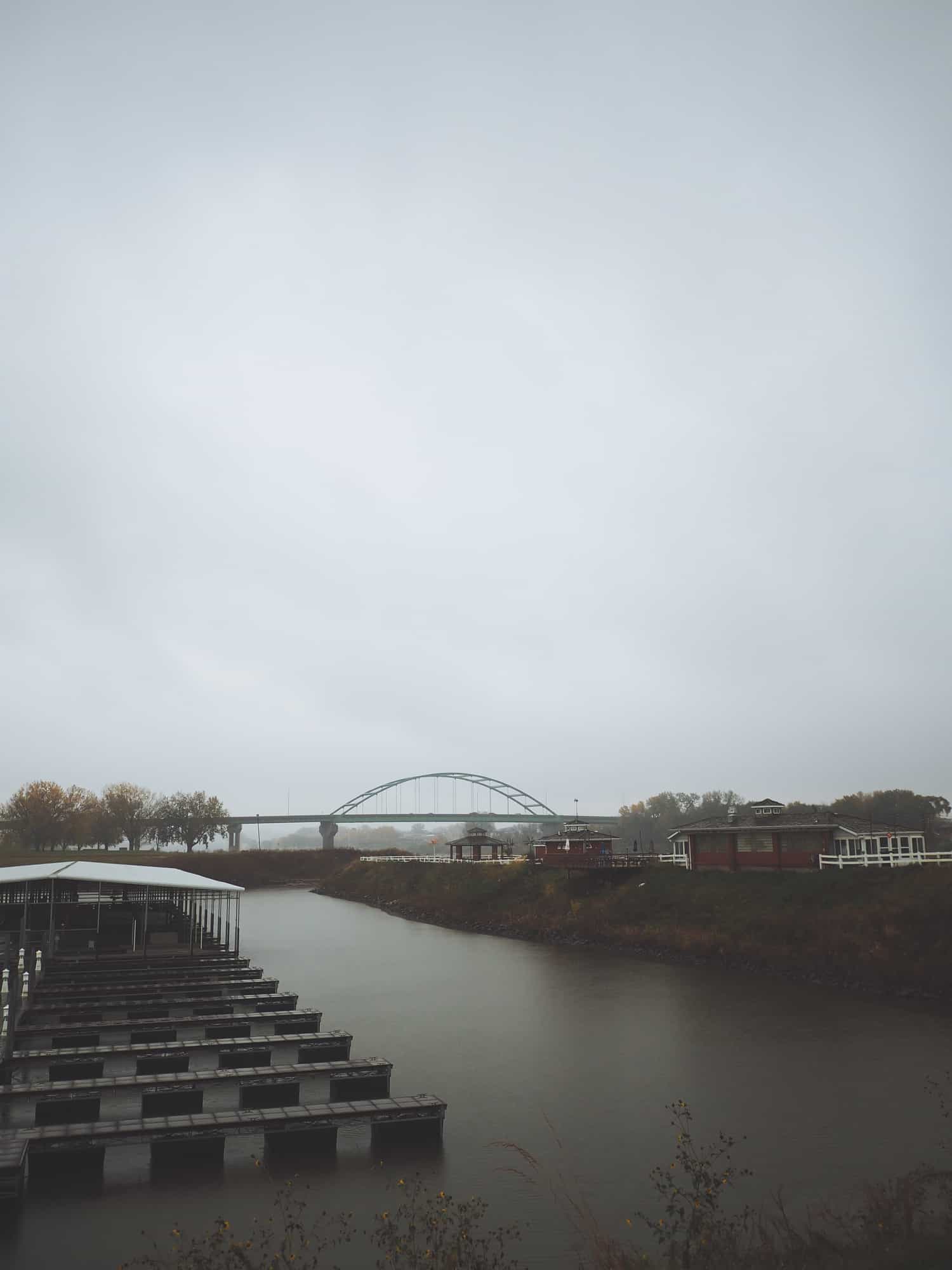 From the onset, I was astounded with how inexpensive postseason tickets were for Kauffman Stadium. For $230 USD, we found ourselves in one of the five rows covered by the upper deck and in a position to see all the action without squinting. We couldn’t have chosen better seats for the price. 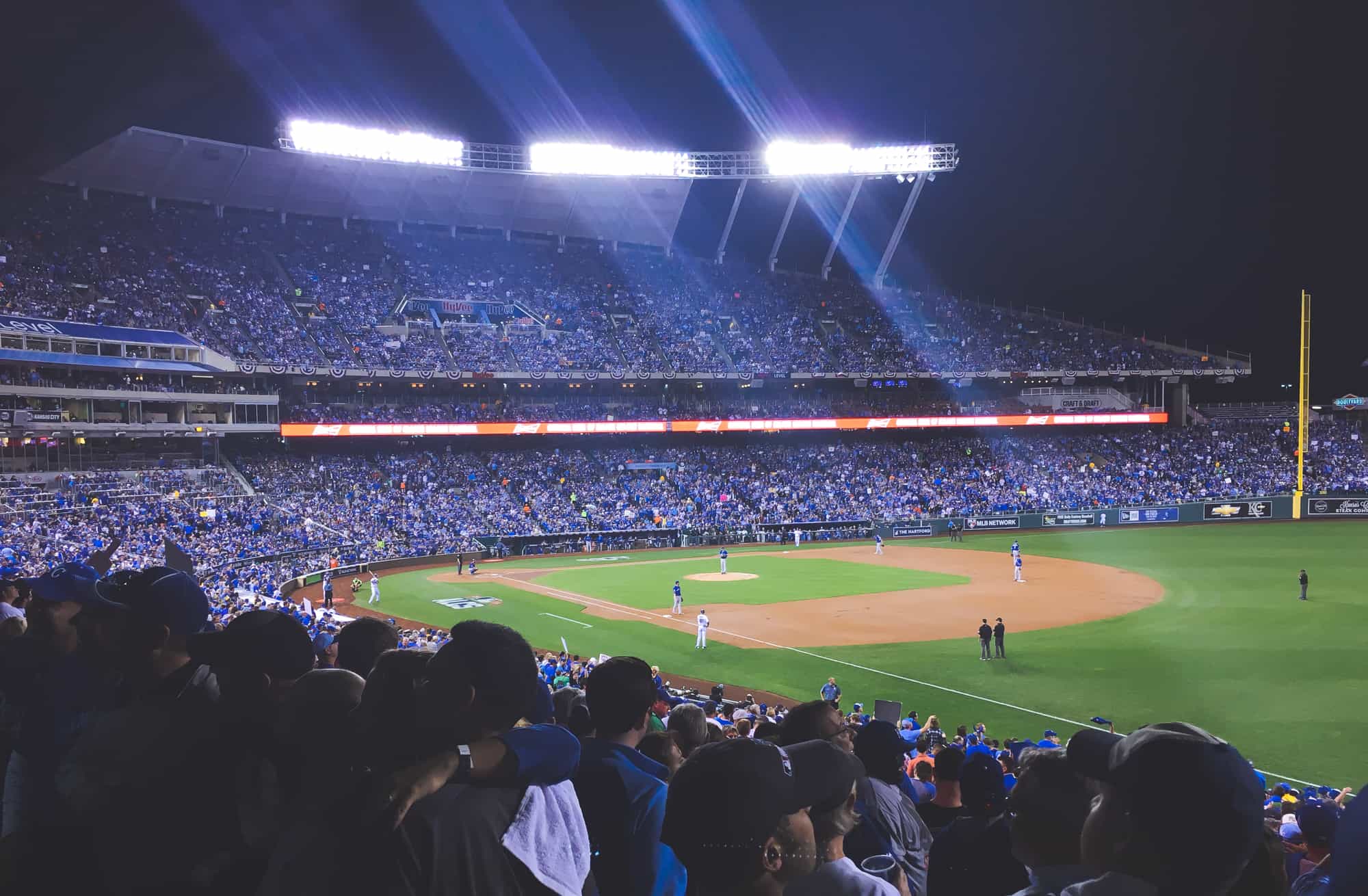 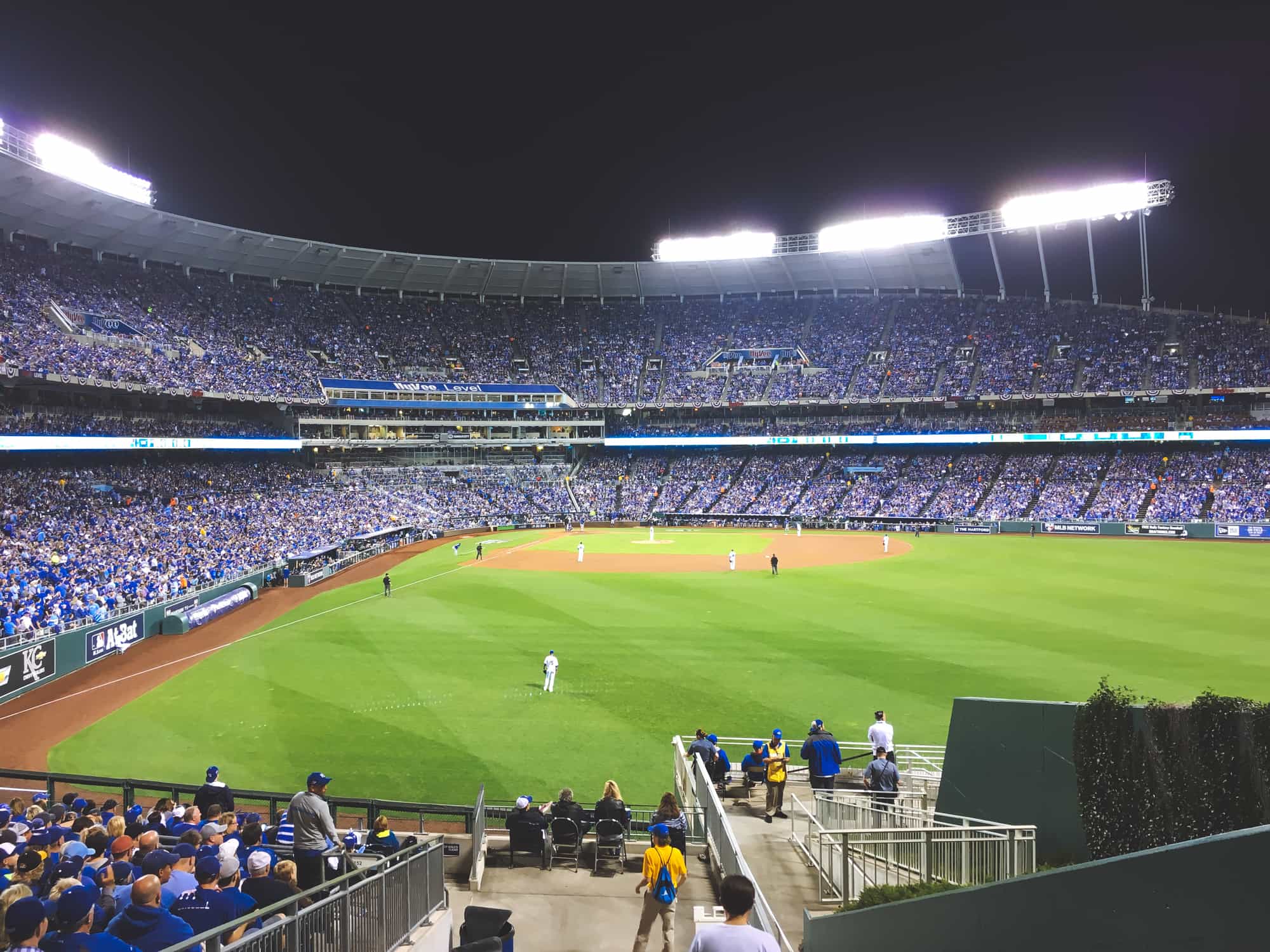 Royals fans are loud. Super loud. The Zobrist homerun in the bottom of the first inning sent the stadium into a ruckus which didn’t calm down until Bautista’s tying homerun in the top of the eighth.

That’s when I was sent into a ruckus. 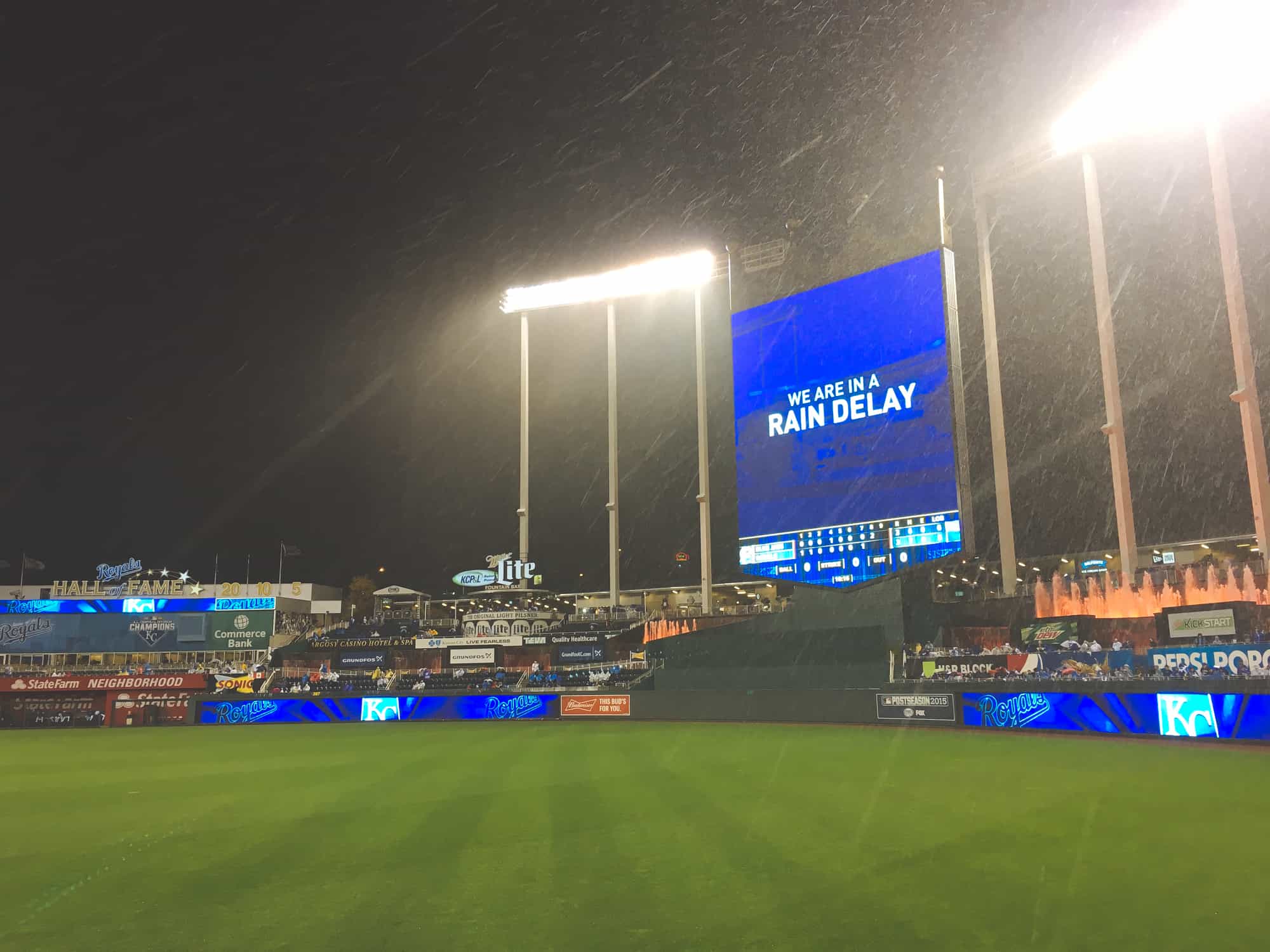 I figured the Blue Jays had the Royals right where they wanted them after the soaking rain delay. Kansas City had burnt through 2 of their top 3 relievers, and the 45 minute rain delay appeared to be enough to sit down Wade Davis.

Evidently, we Canadians left the stadium empty handed. A walk and base-hit later, the Royals took a lead which they wouldn’t relinquish.

We were treated to one of the best postseason games of the 2015 season during our visit and we couldn’t have been happier to make the trip. 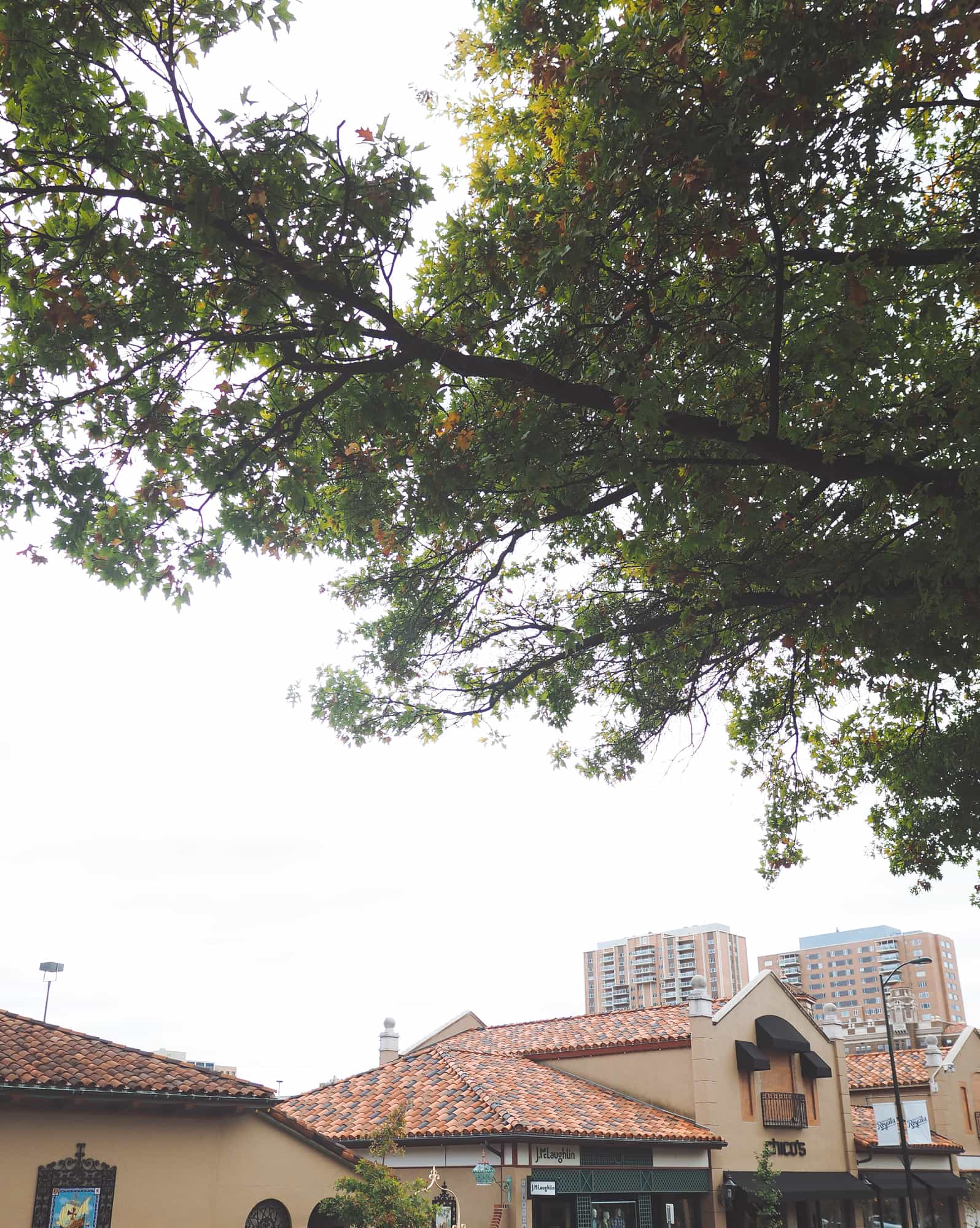 But a trip to Kansas City couldn’t end at an ALCS game. Jac and I took the chance to meet Shawn and his two boys. Shawn was kind enough to give us a place to stay and he took it a step further by guiding us to the city’s coolest spots.

One of those sweet spots was Parisi. 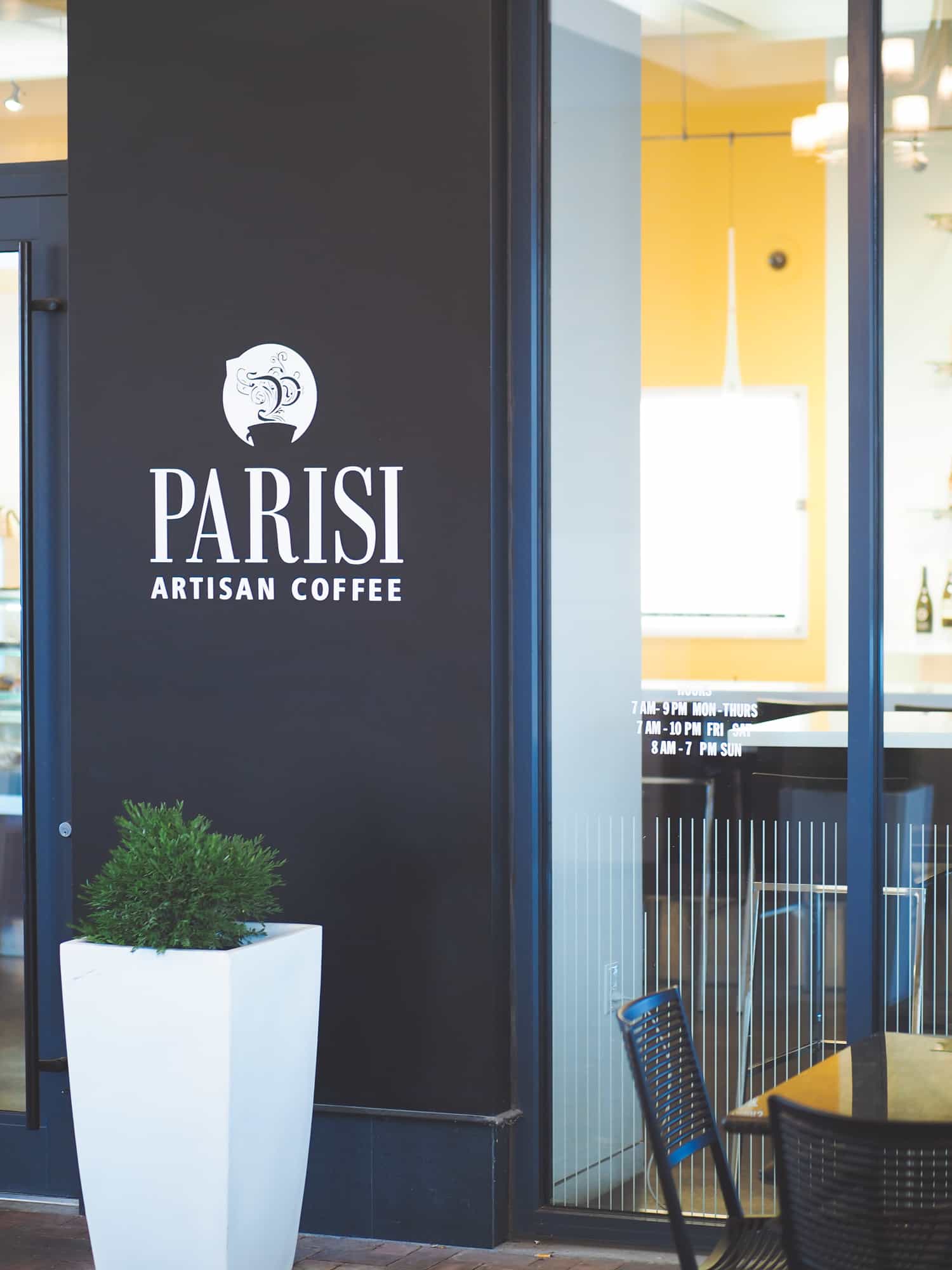 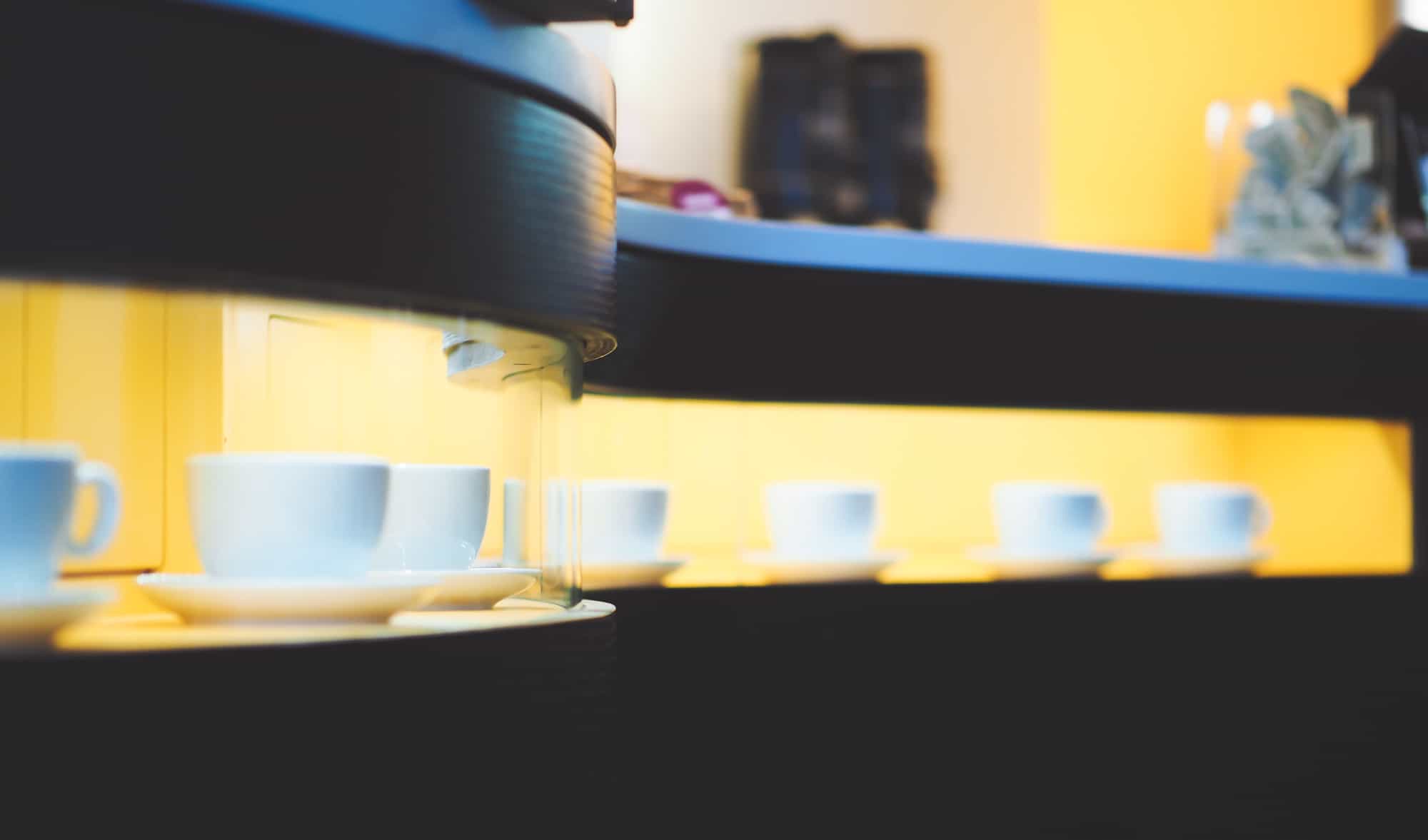 Shawn recommended I try the Whiskey Barrel Pour-Over and I couldn’t have been more impressed. Jac tried a straight-up cappucino and we shared a grilled cinnamon croissant for breakfast. What a treat. 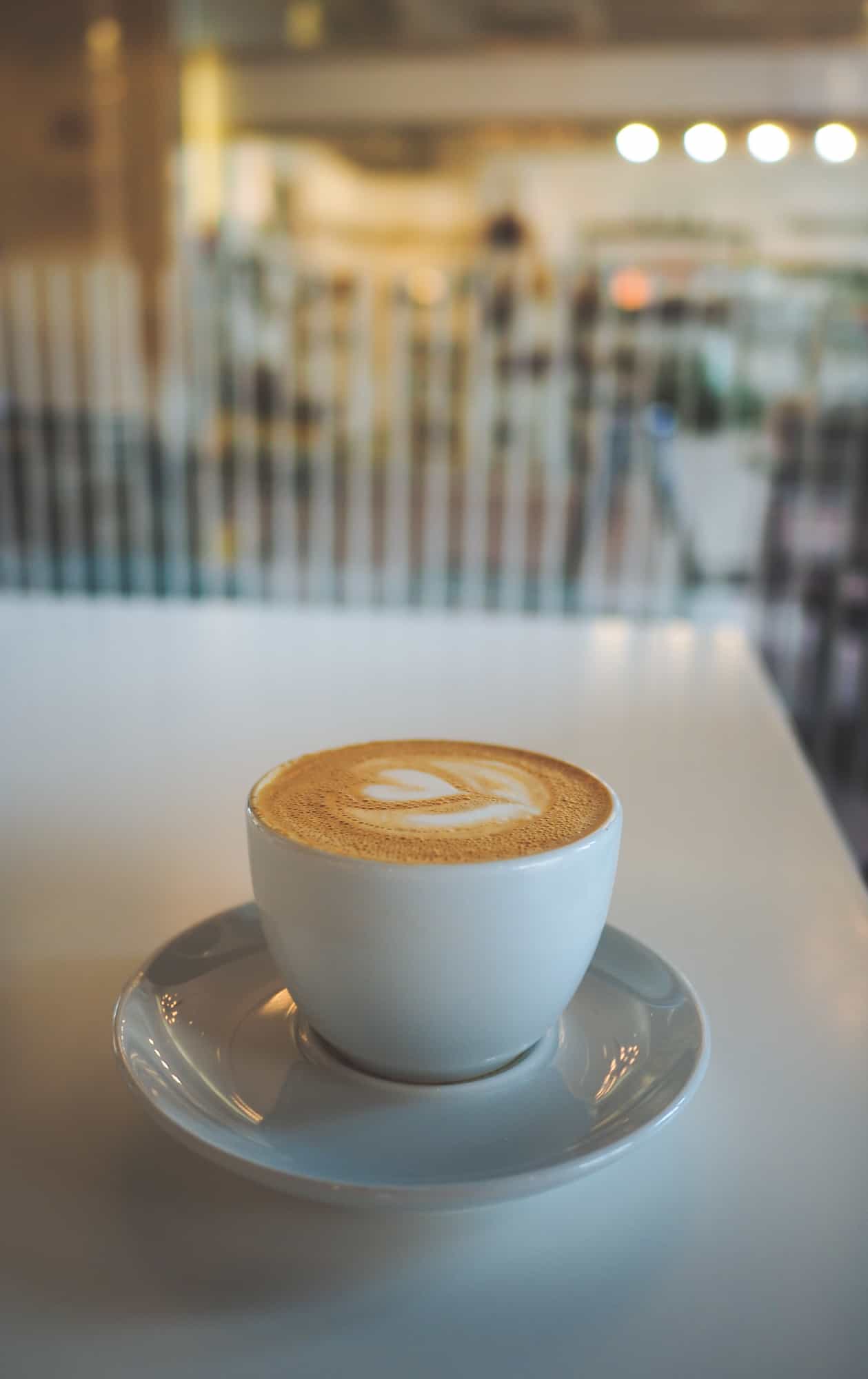 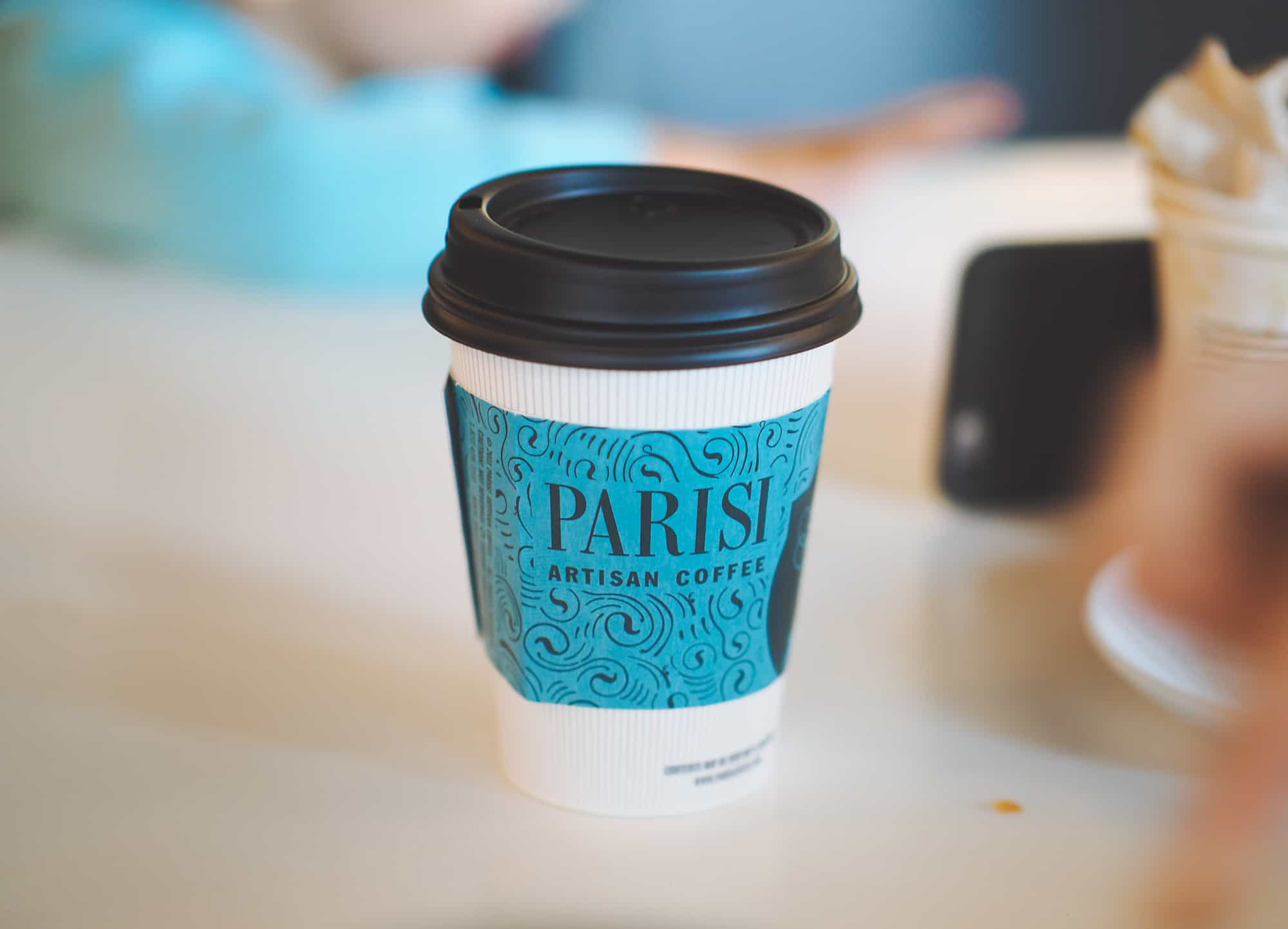 The best treat, though, was getting to hang out with the Blanc boys. 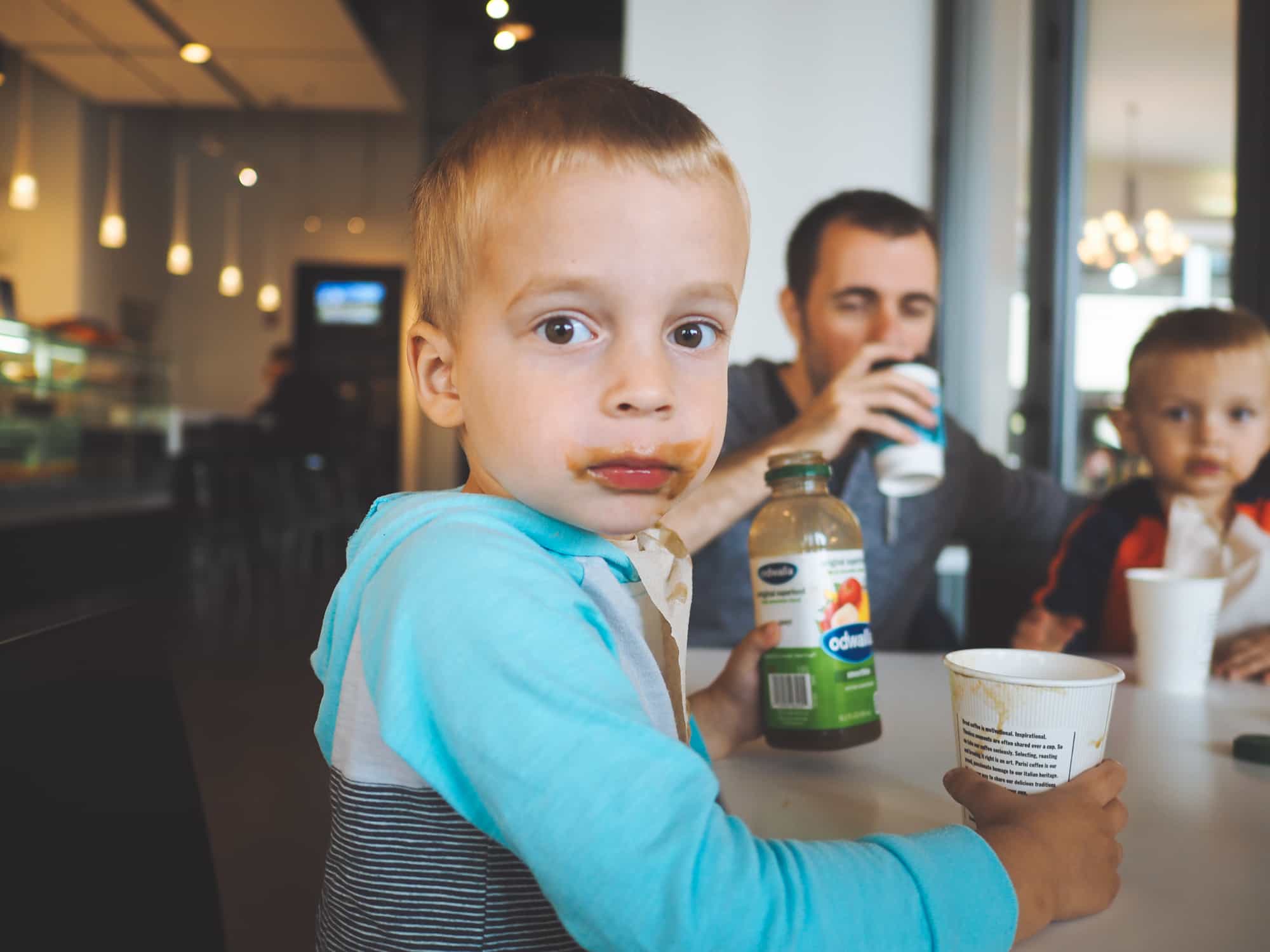 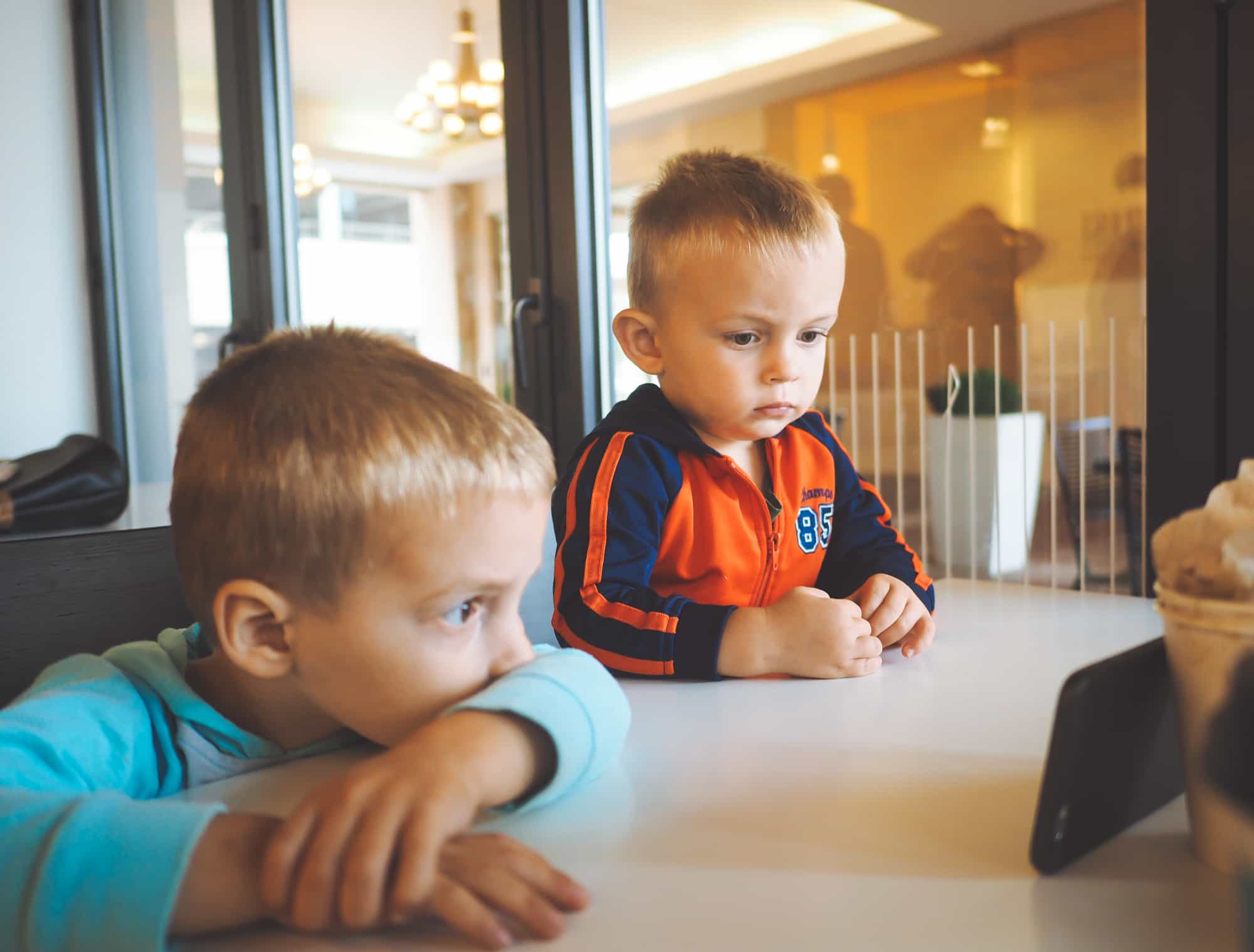 These fellas rocked our socks off. From their energy to their playful mischievousness, Jac and I couldn’t stop cracking up and breaking into fits of laughter.

Our trip was scheduled to be short, so we said our goodbyes to Shawn, Noah, and Giovanni, and headed down State Line Road towards Kansas City’s Country Club Plaza. 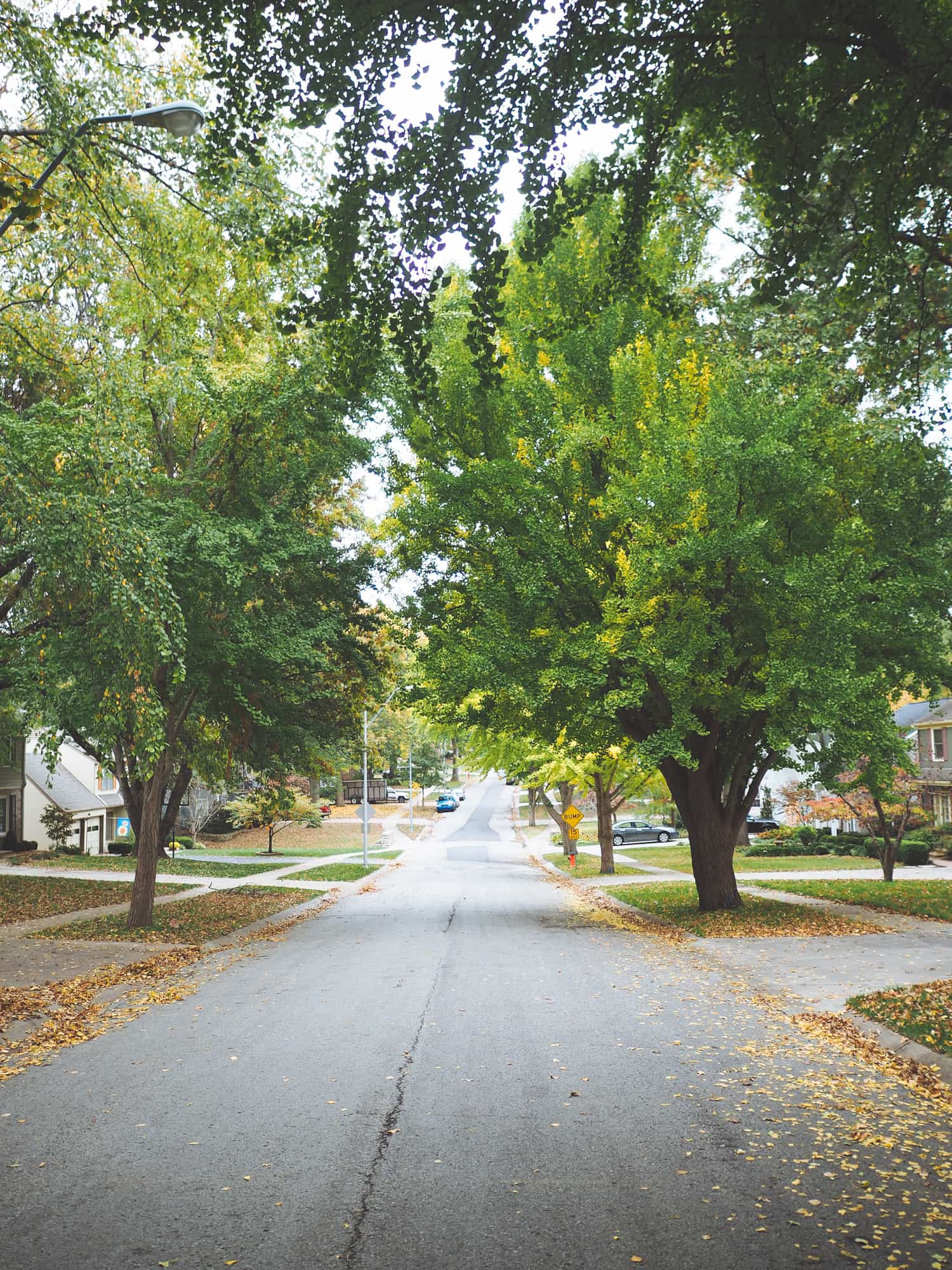 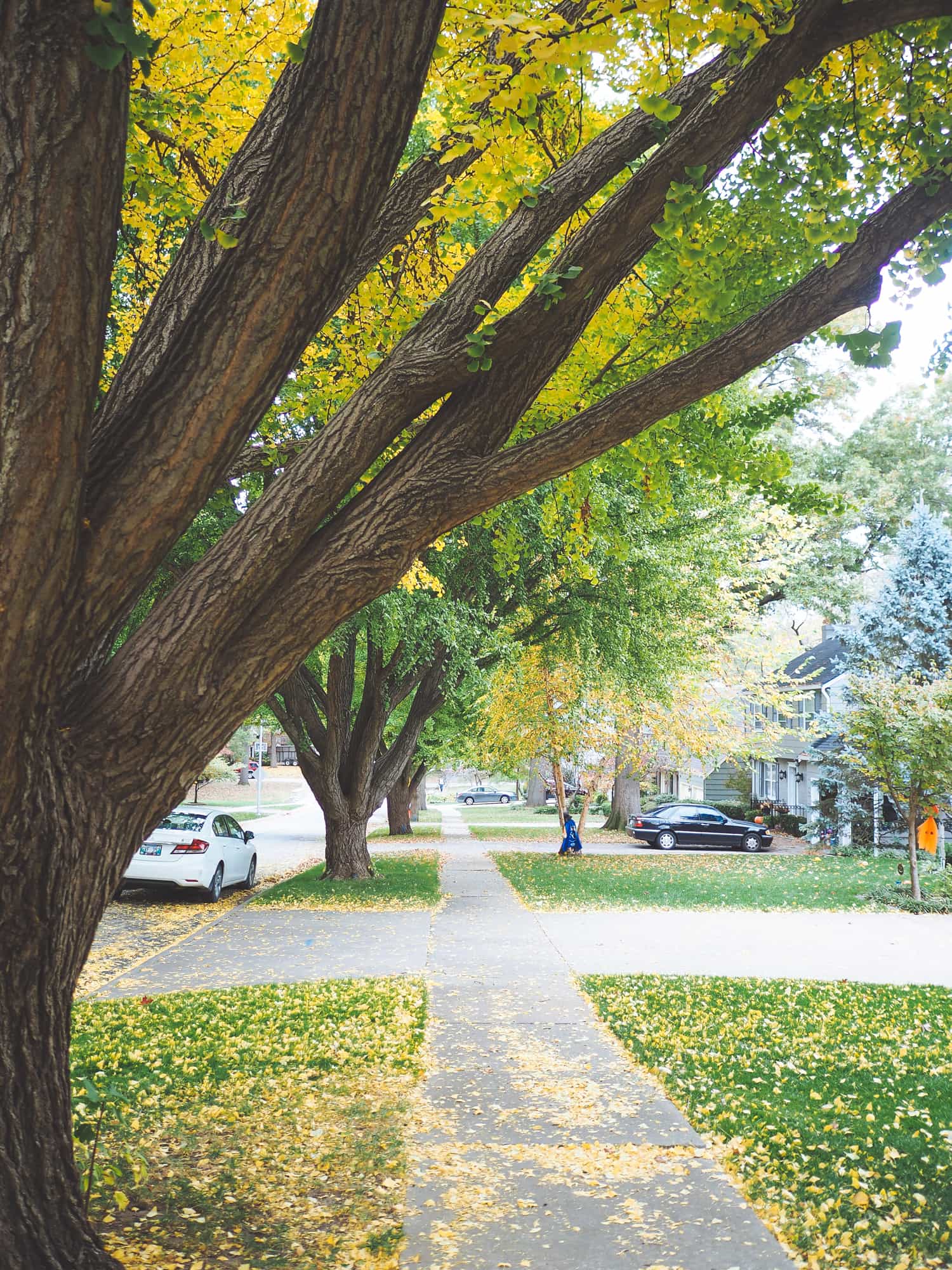 State Line Road was a magical drive to take through Kansas City. The road is lined left and right with classic, yester-year homes on monstrous city lots. Add the beautiful fall leaves to the picture and you’ve got hundreds of huge city homes adorned in colour. 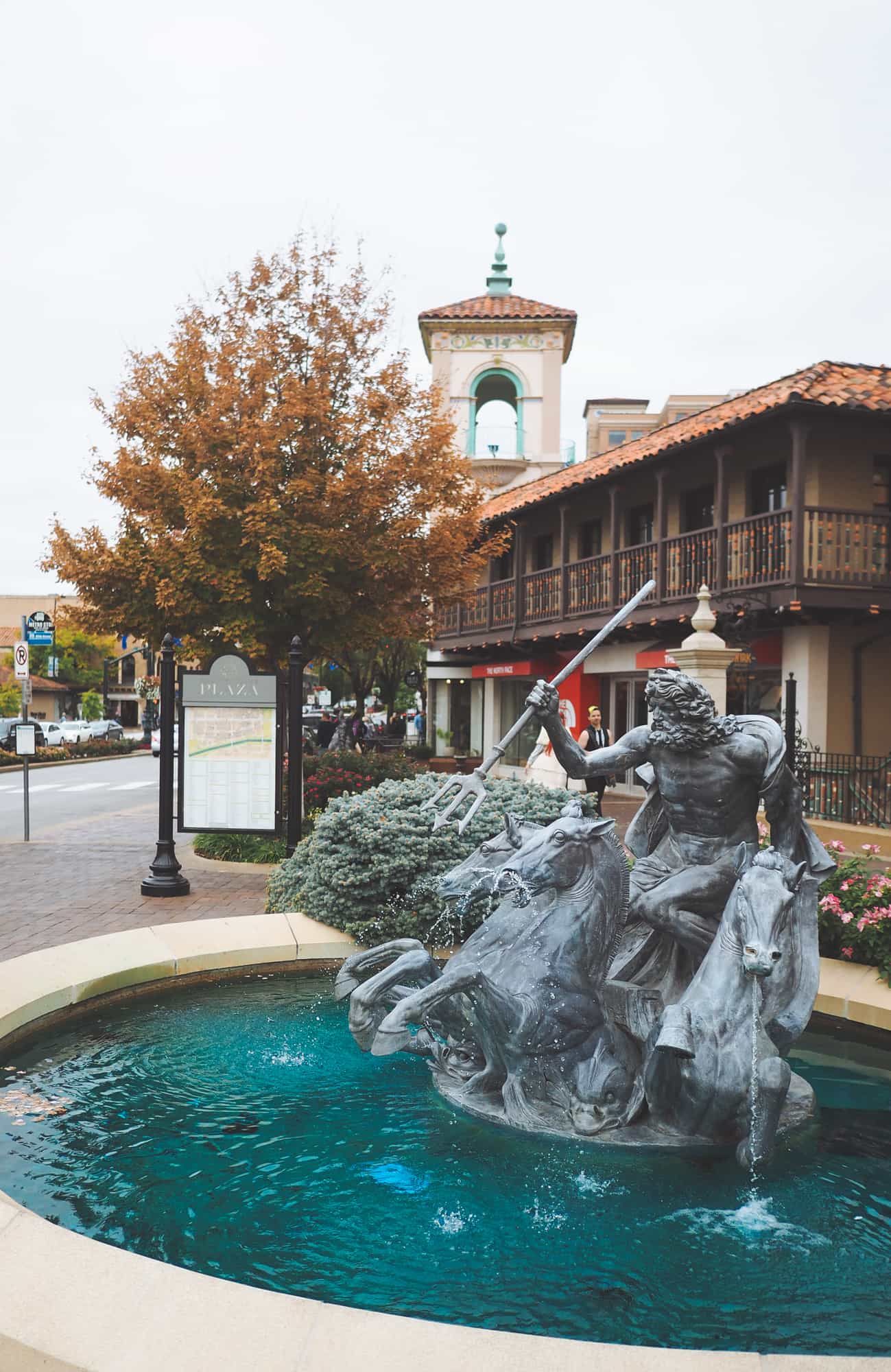 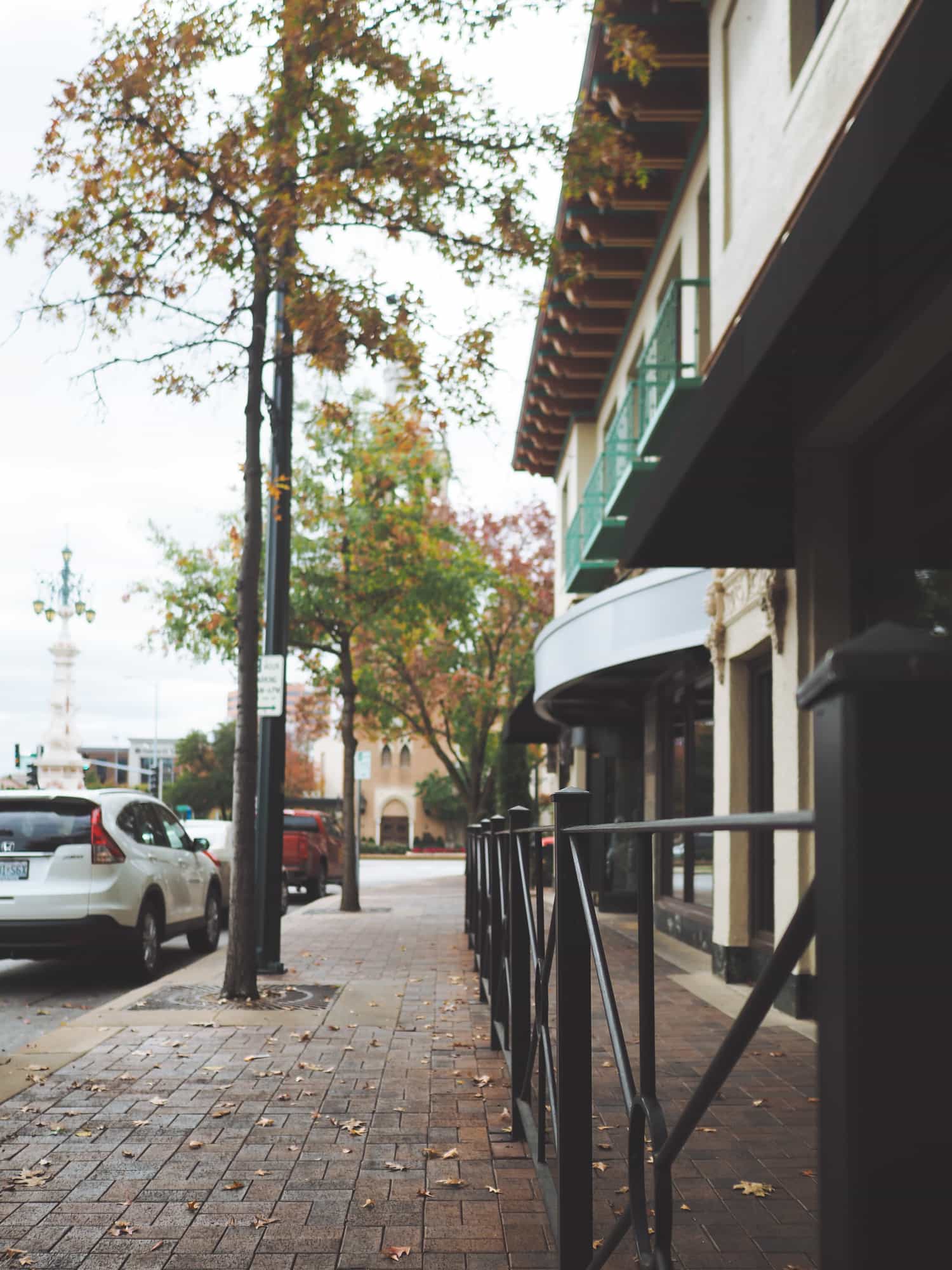 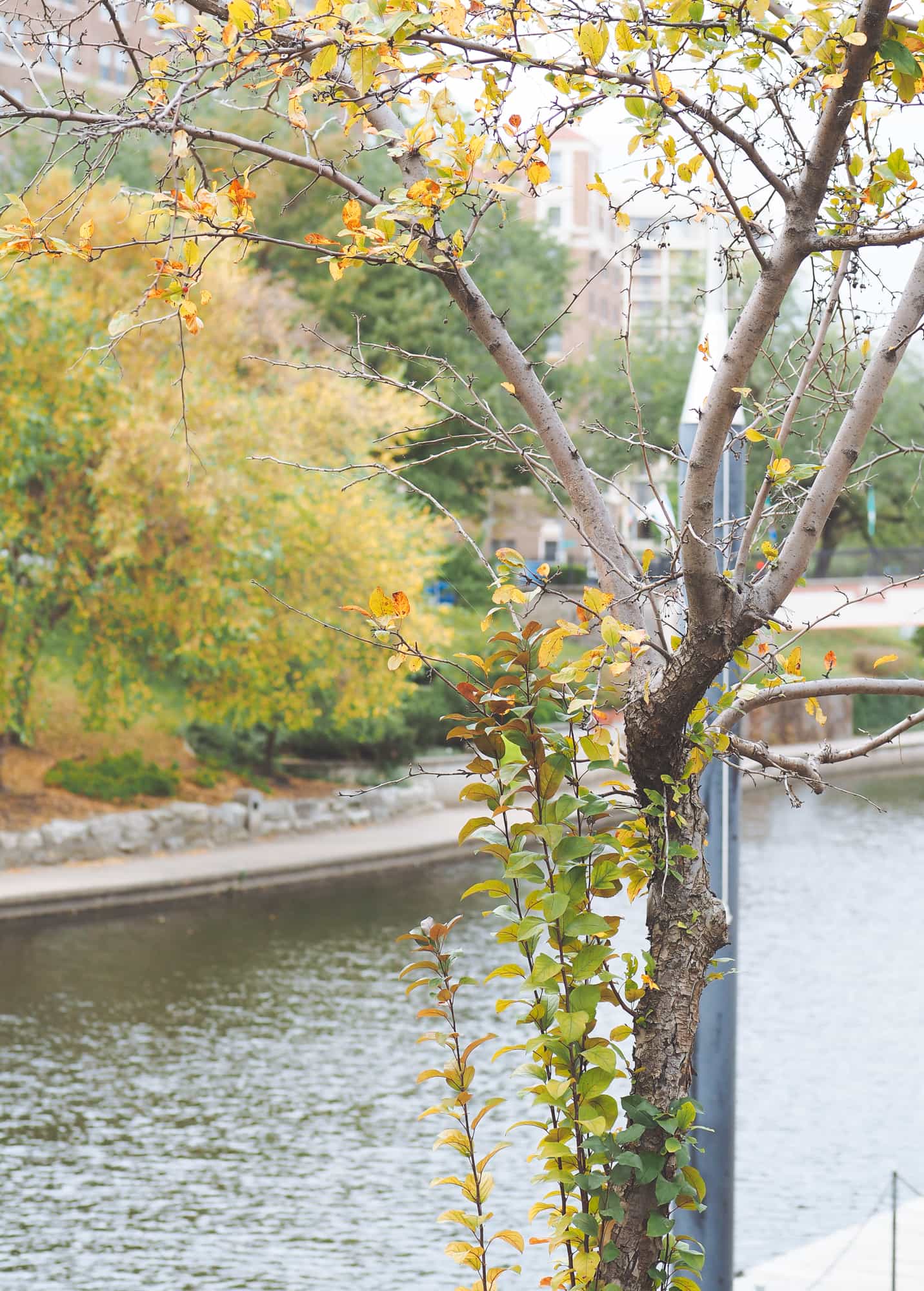 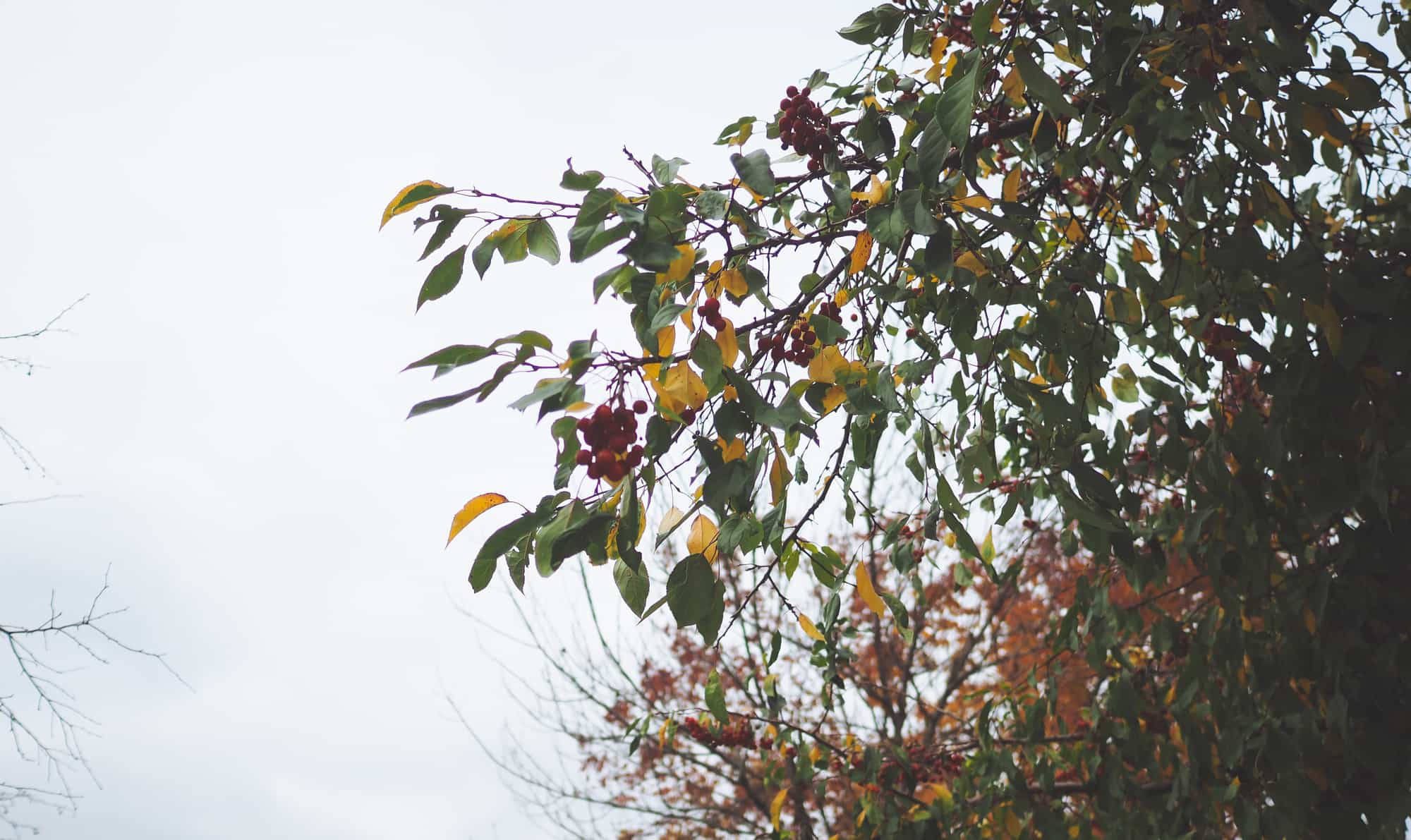 The Plaza is home to a multitude of high end shopping spots and an Apple Store, so it was a natural place to visit during our short stint. We walked up and down the streets snapping some photos and taking in the cool Missouri air. 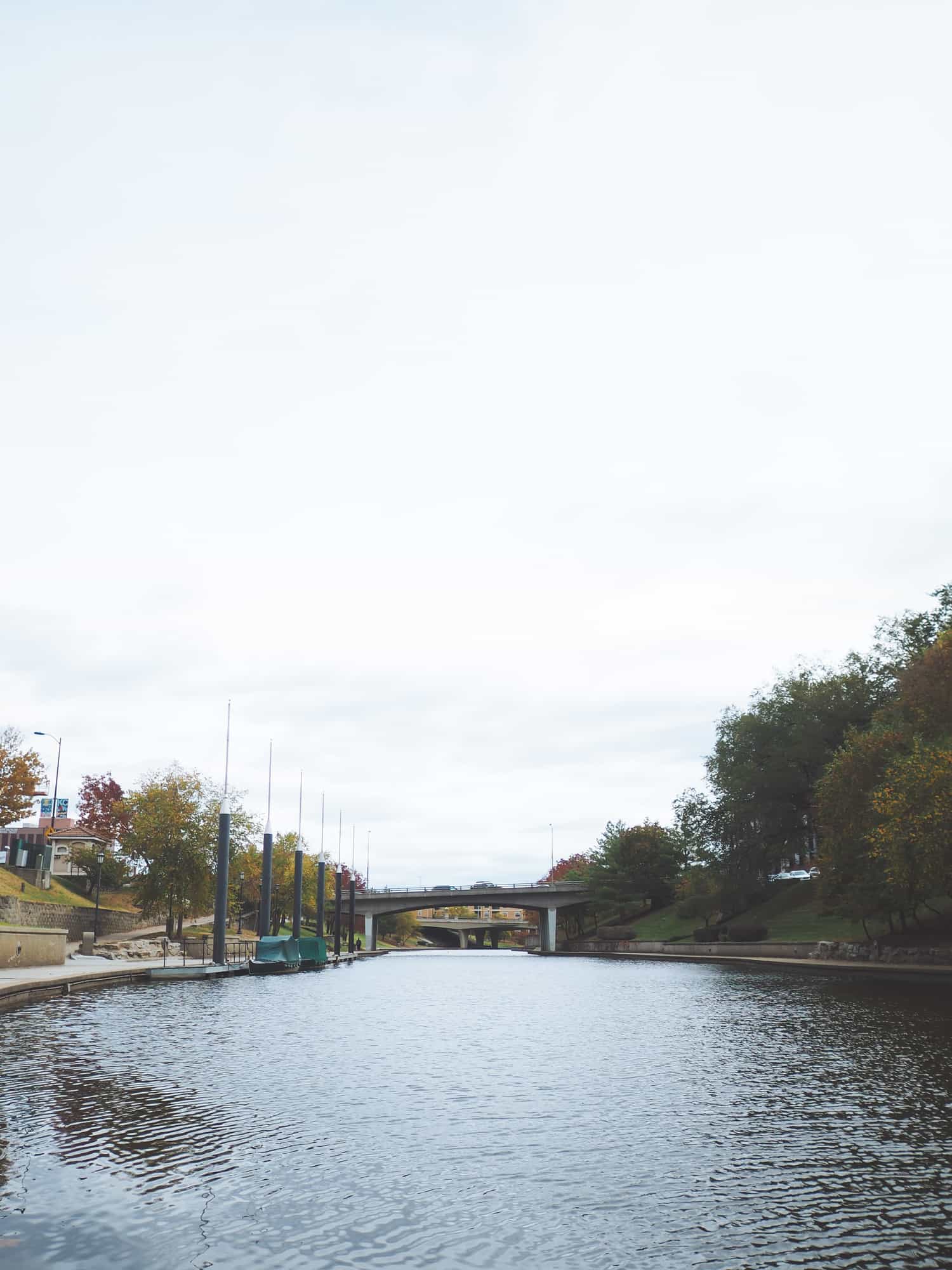 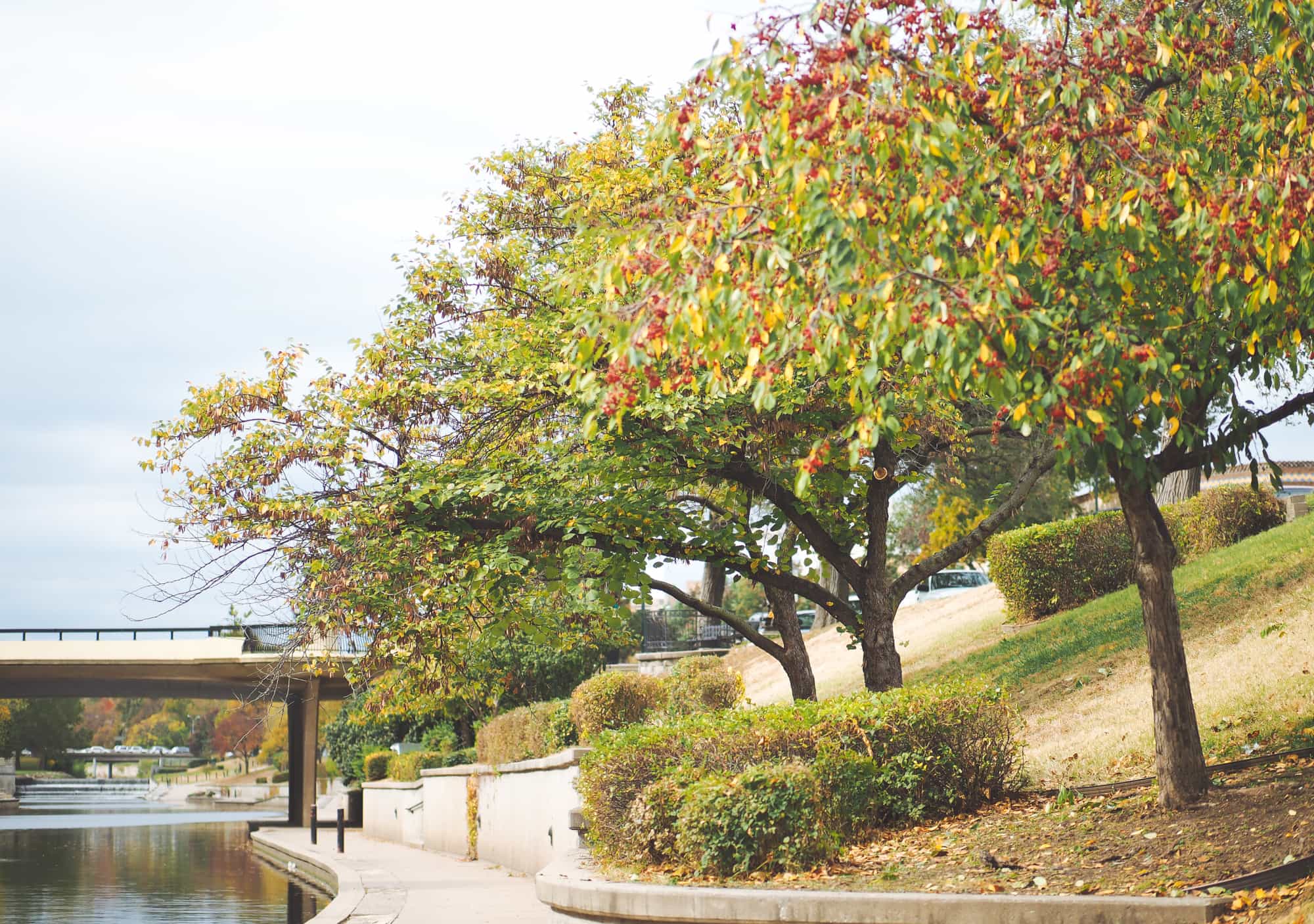 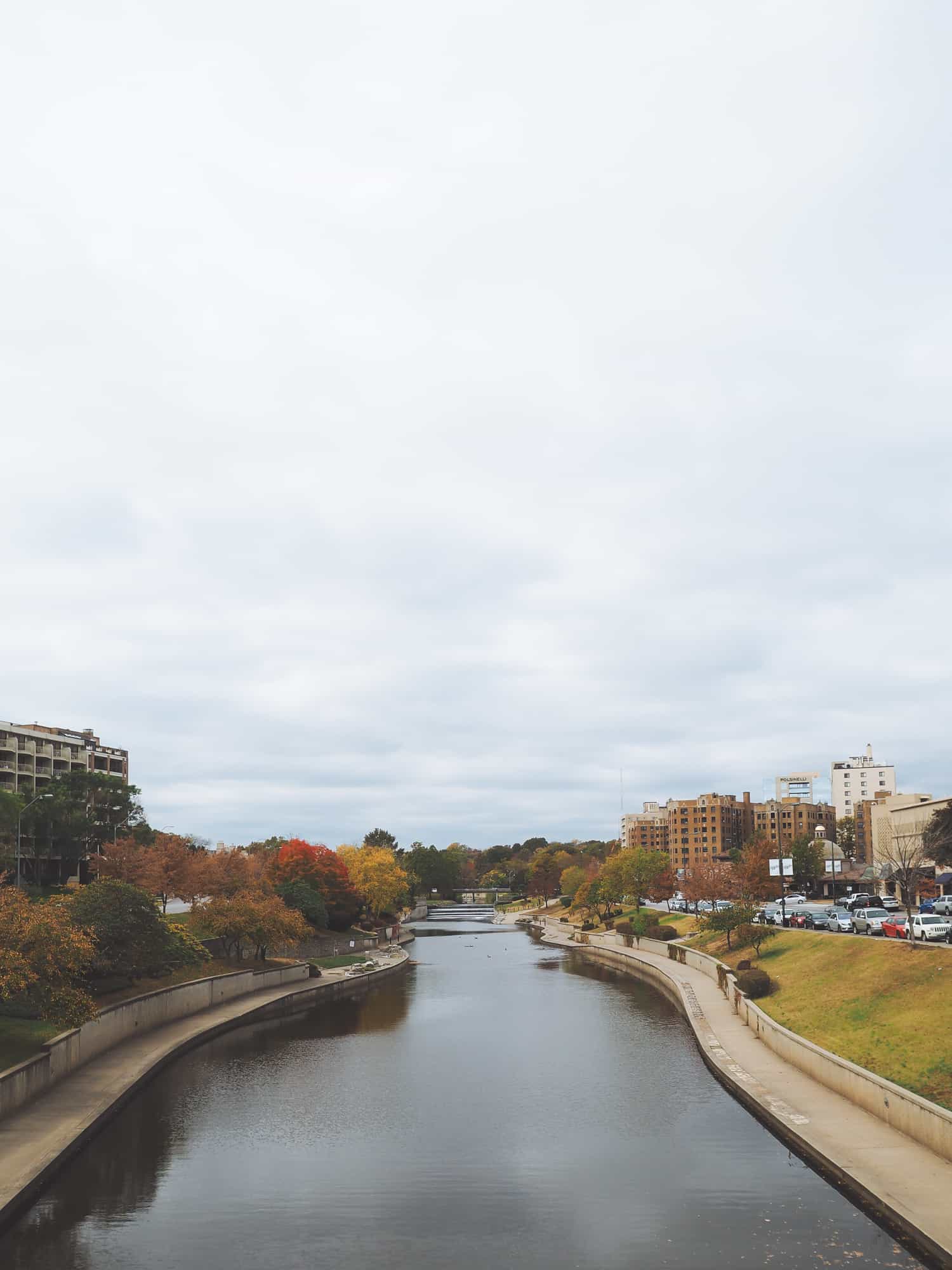 Brush Creek runs through the middle of Kansas City’s Plaza, giving the entire area a sense of calm. People were seated on public benches alongside the creek talking about politics and religion,1 and you could hear the birds chirp through the cool breeze. It was a truly enjoyable stroll which ended far too quickly.

Before we could leave though, Shawn insisted we try some honest-to-goodness Kansas City barbeque. Kansas Citians appear to take their barbeque very seriously, so the last thing we were going to do was skip out on all the hype.

And there’s hype for a good reason. 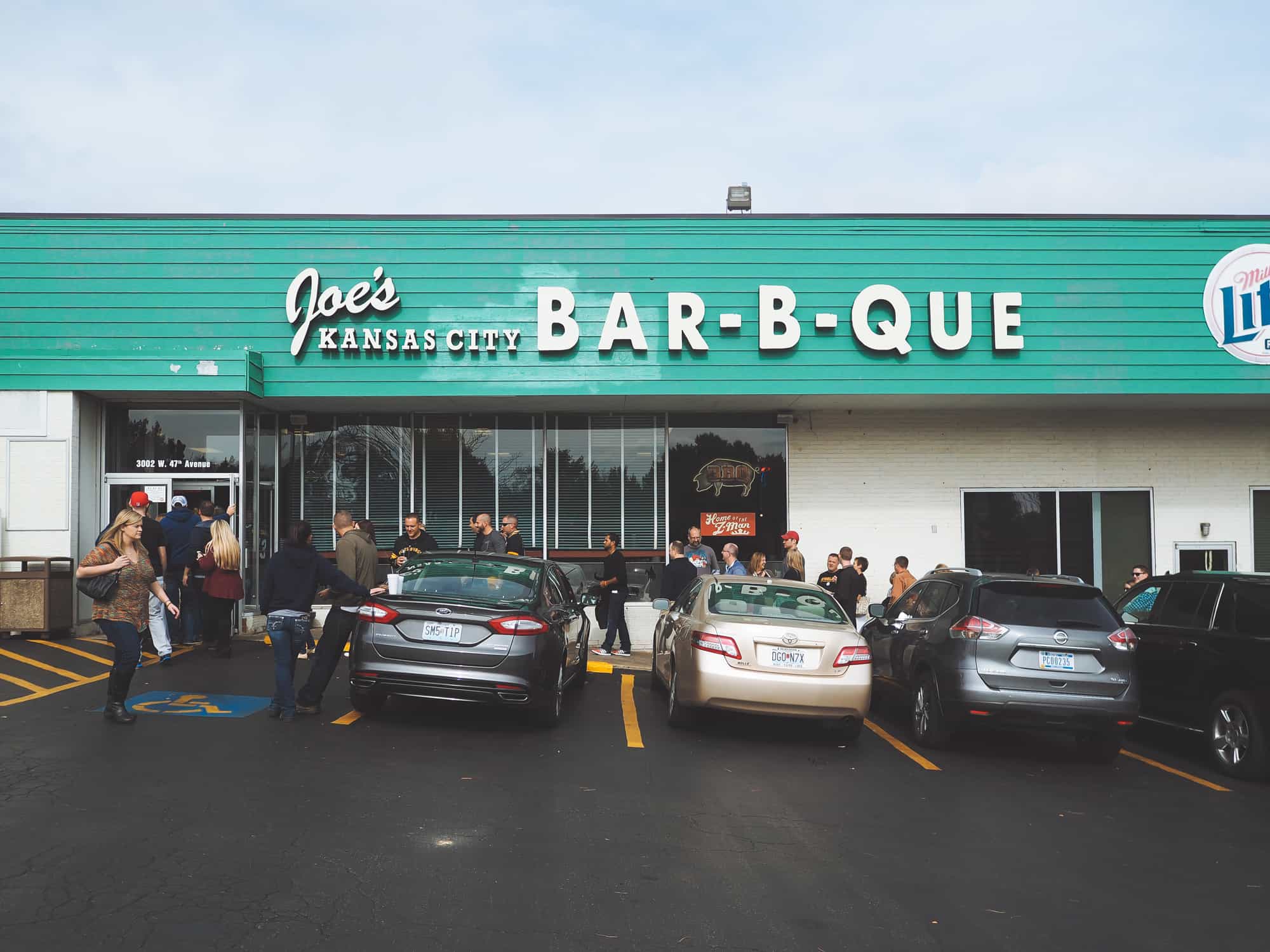 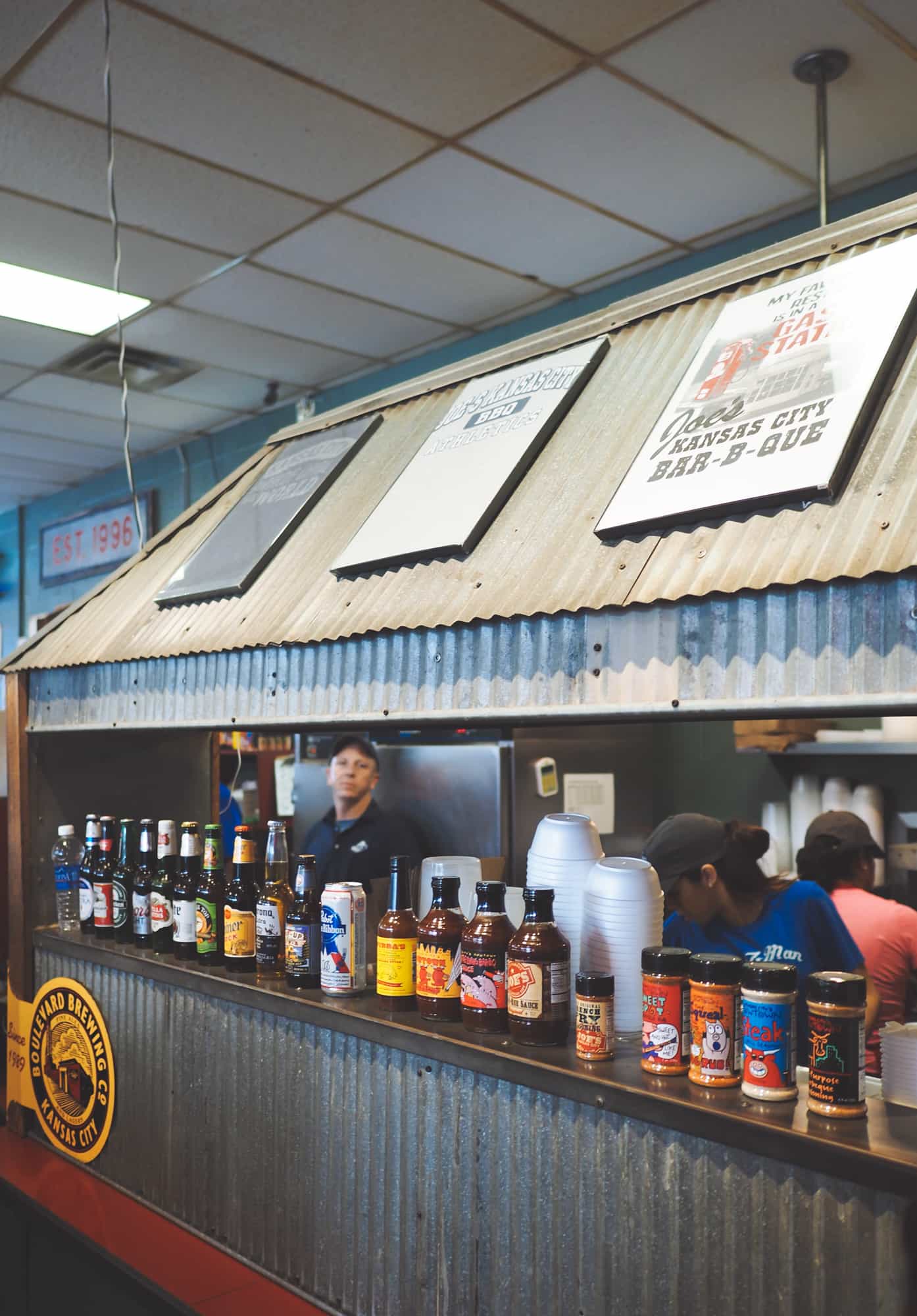 Joe’s Kansas City Bar-B-Que is world-renowned for its incredible barbeque. The menu is lined with meats and sandwiches of all sorts. Joe’s is known for its Z-Man Sandwich — a slow-smoked beef brisket sandwich with smoked provolone cheese, two crispy onion rings, and a toasted Kaiser bun. All for $7.39. We were blown away.

It was absolutely, jaw-droppingly delicious. 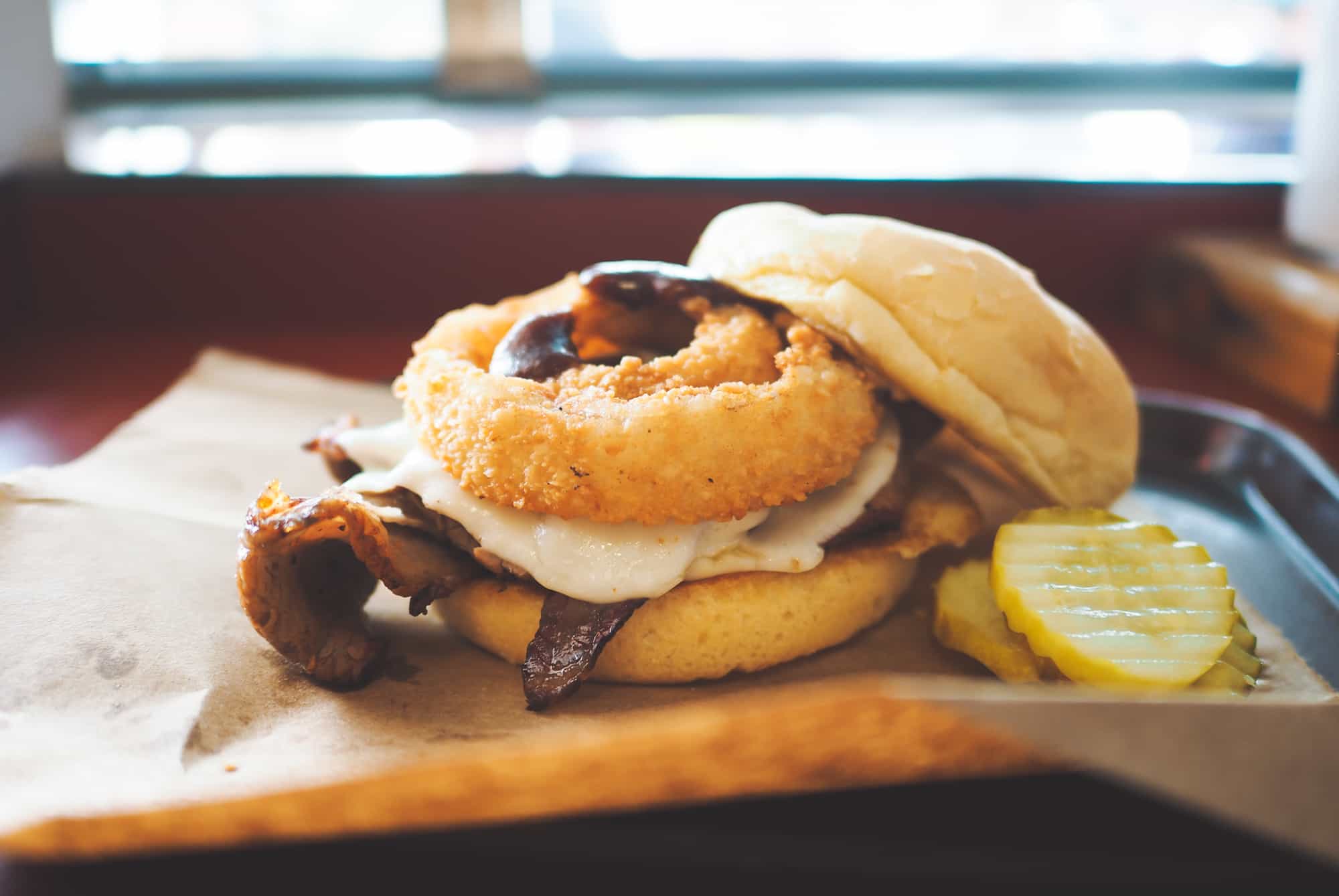 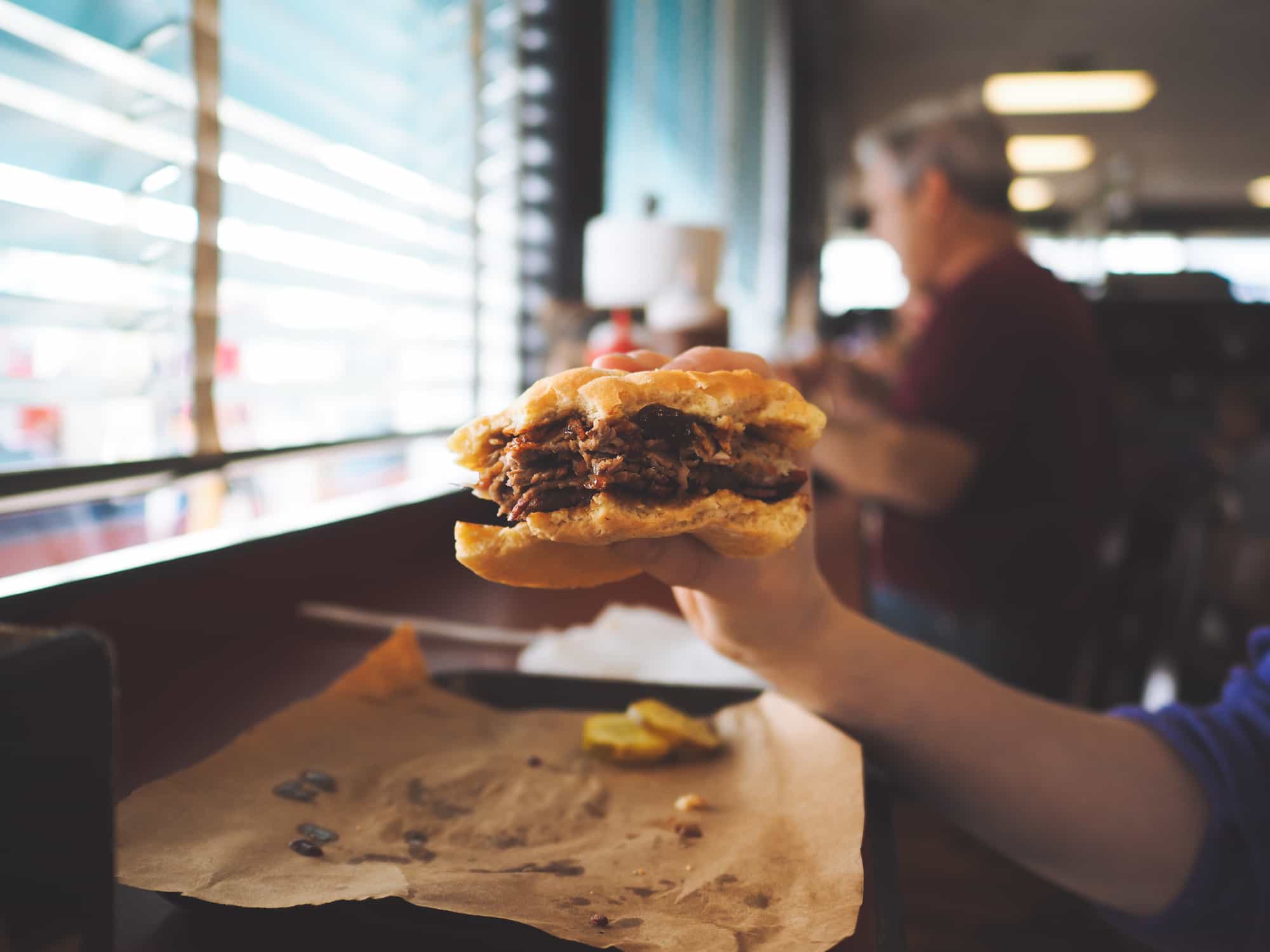 In fact, this was my first beef brisket,2 and I’m sure it has ruined whatever brisket I’ll have in the future.

This all comes at a price though — a price paid in time. The lineup to get your hands on a Z-Man Sandwich snaked through the restaurant and around the parking lot. We stood in line for 2 1/2 hours before ordering. If not for this long line, I’d say Joe’s is a must if you plan to visit Kansas City. But if you’re short on time, I’m willing to bet there are other awesome barbeque joints which don’t have the long wait. 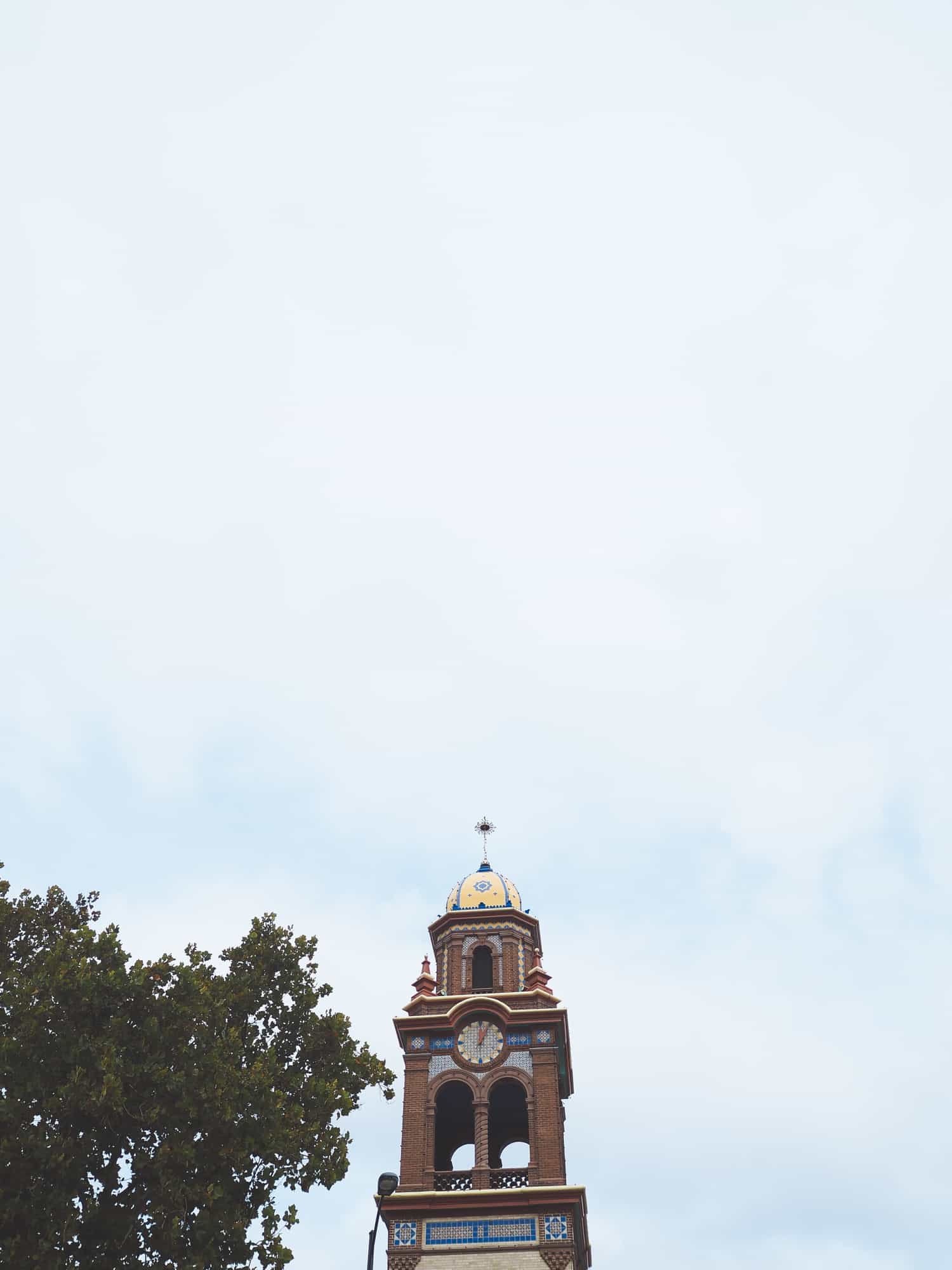 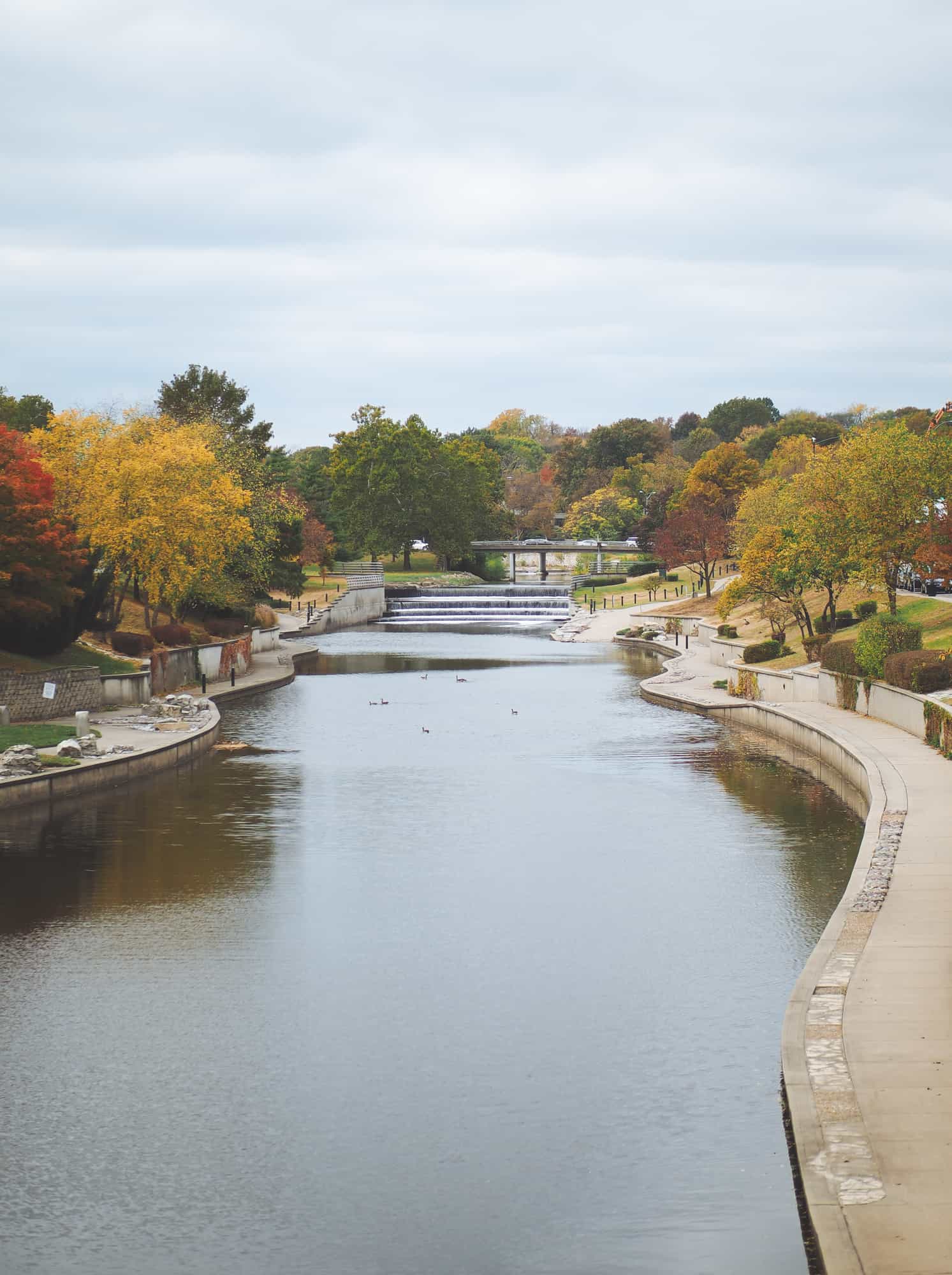 Our trip was super short, but it was super sweet. We spent 22 hours in the car for about 24 hours of Kansas City experience. Throw in an ALCS game for the ages and the chance to meet a friend and role model, and we had ourselves a once-in-a-lifetime trip.

Like Vancouver, I could see myself living in Kansas City. Especially along State Line Road. That’s beautiful country right there.

And that’s the best compliment I can give.