Instead of writing a full-fledged review of a few updates to my favourite products, I figured I would combine the goodness. I don’t have much to say, but there’s lots to show. 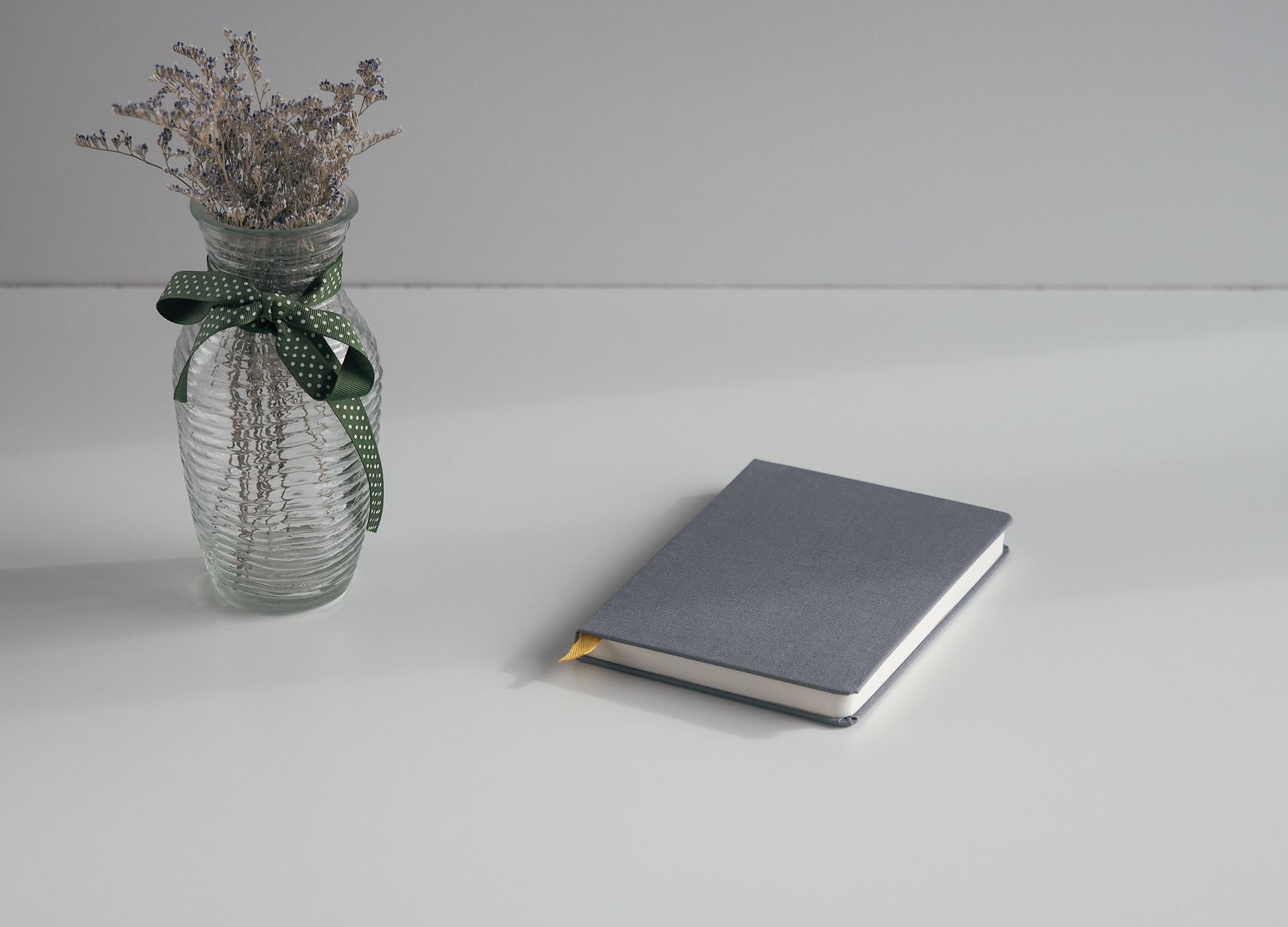 Baron Fig has been knocking our socks off recently. I reviewed the original Confidant last August and I was fairly impressed. The Confidant has an elegant look with quality paper and is a perfect size to carry with you wherever you go. 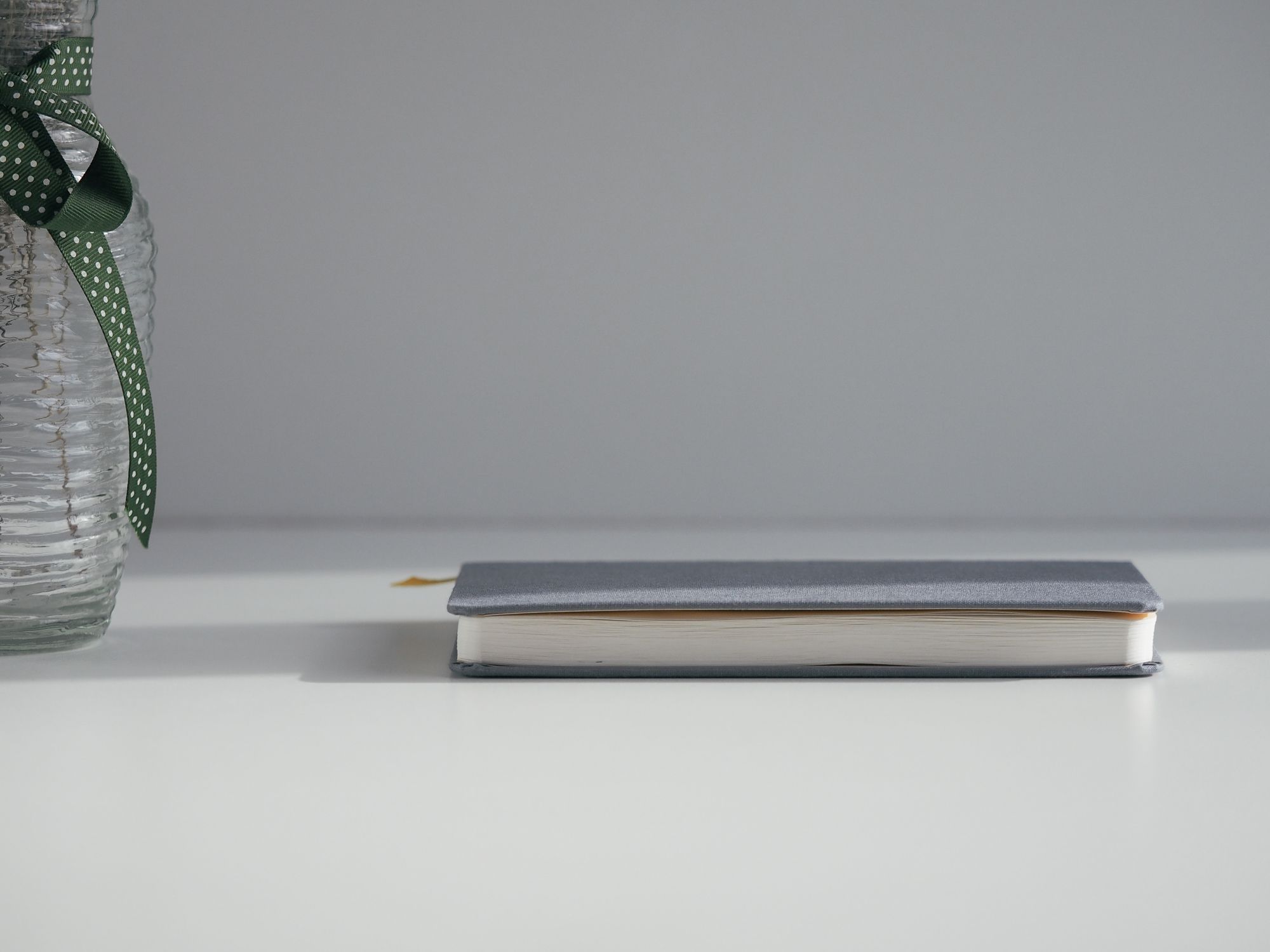 Baron Fig first introduced the Three-Legged Juggler. Juggler was a mustard coloured Confidant with a contrasting olive theme throughout. I hadn’t finished my first Confidant when Juggler was announced, but I really regret not picking one up when I had the chance. Juggler is now sold out and I’d love to have a redo in getting my hands on one. 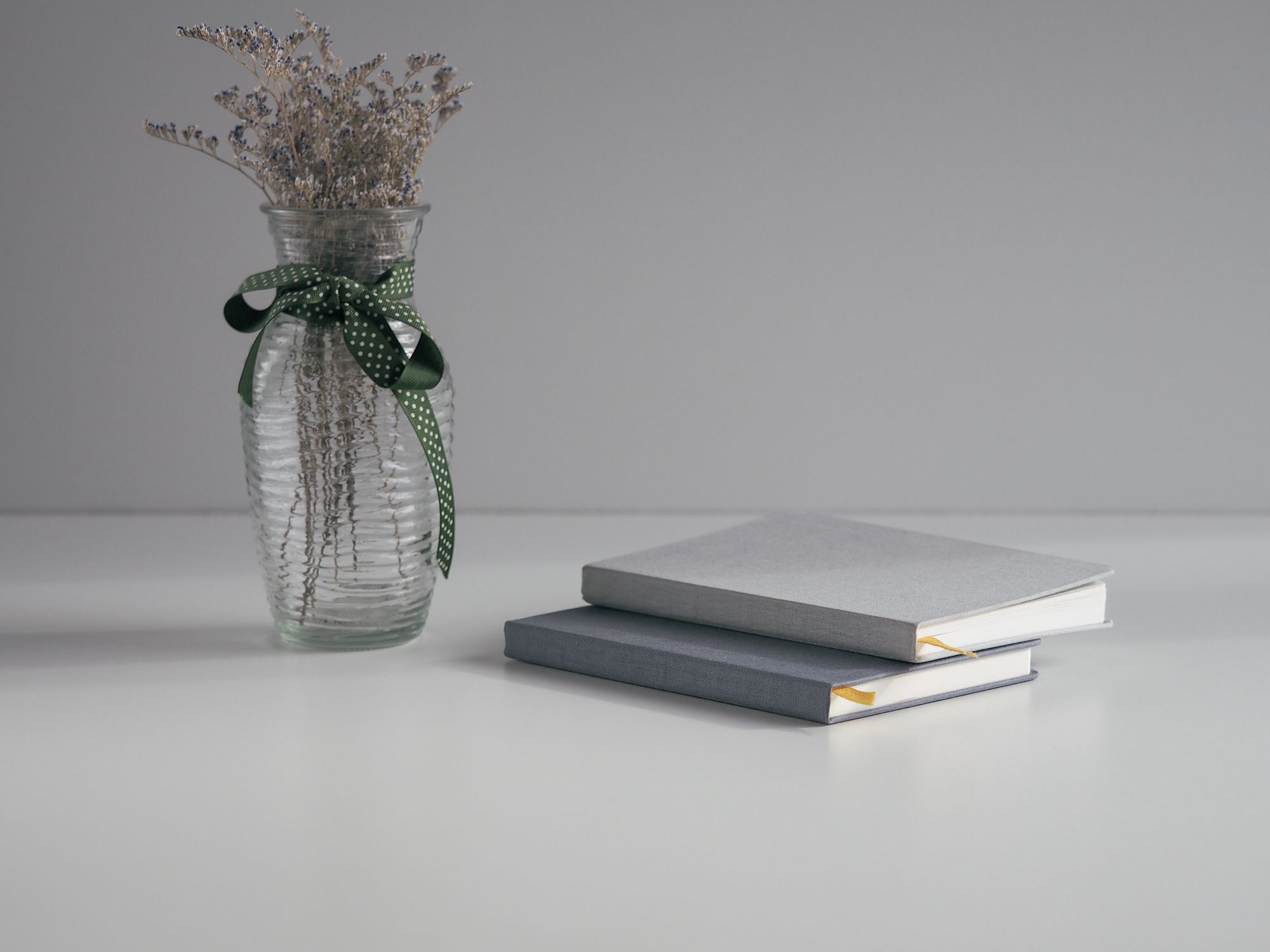 The latest Confidant special edition is Maker. Maker is wrapped in a charcoal fabric and has a yellow theme throughout. The moment I saw Maker, I knew I couldn’t stand on the sidelines without one. 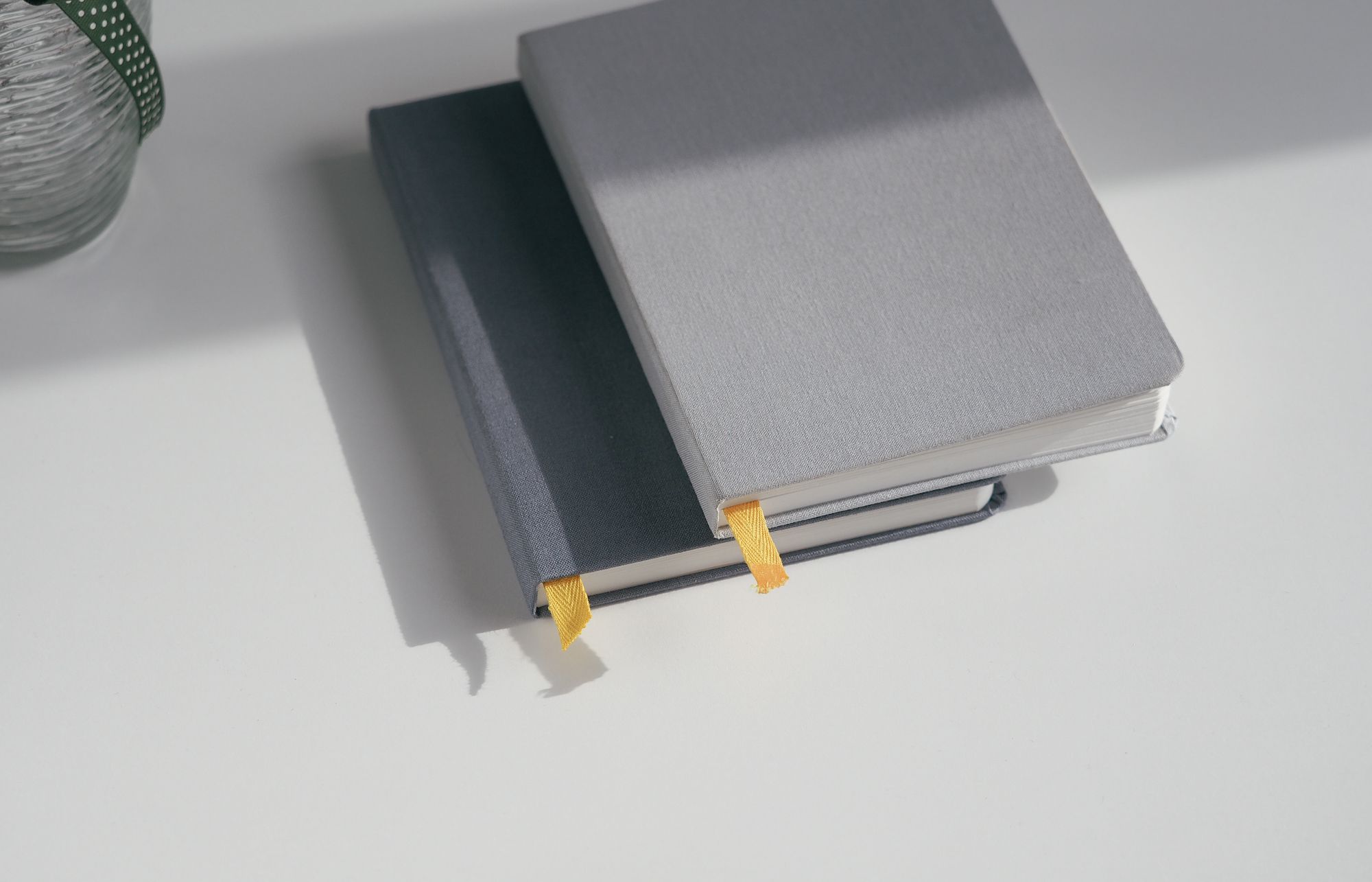 Overall though, there aren’t many differences between the original Confidant and Maker. The yellow ribbon looks to be the same colour, although I noticed Baron Fig properly cut the ribbon at an angle to avoid fraying. 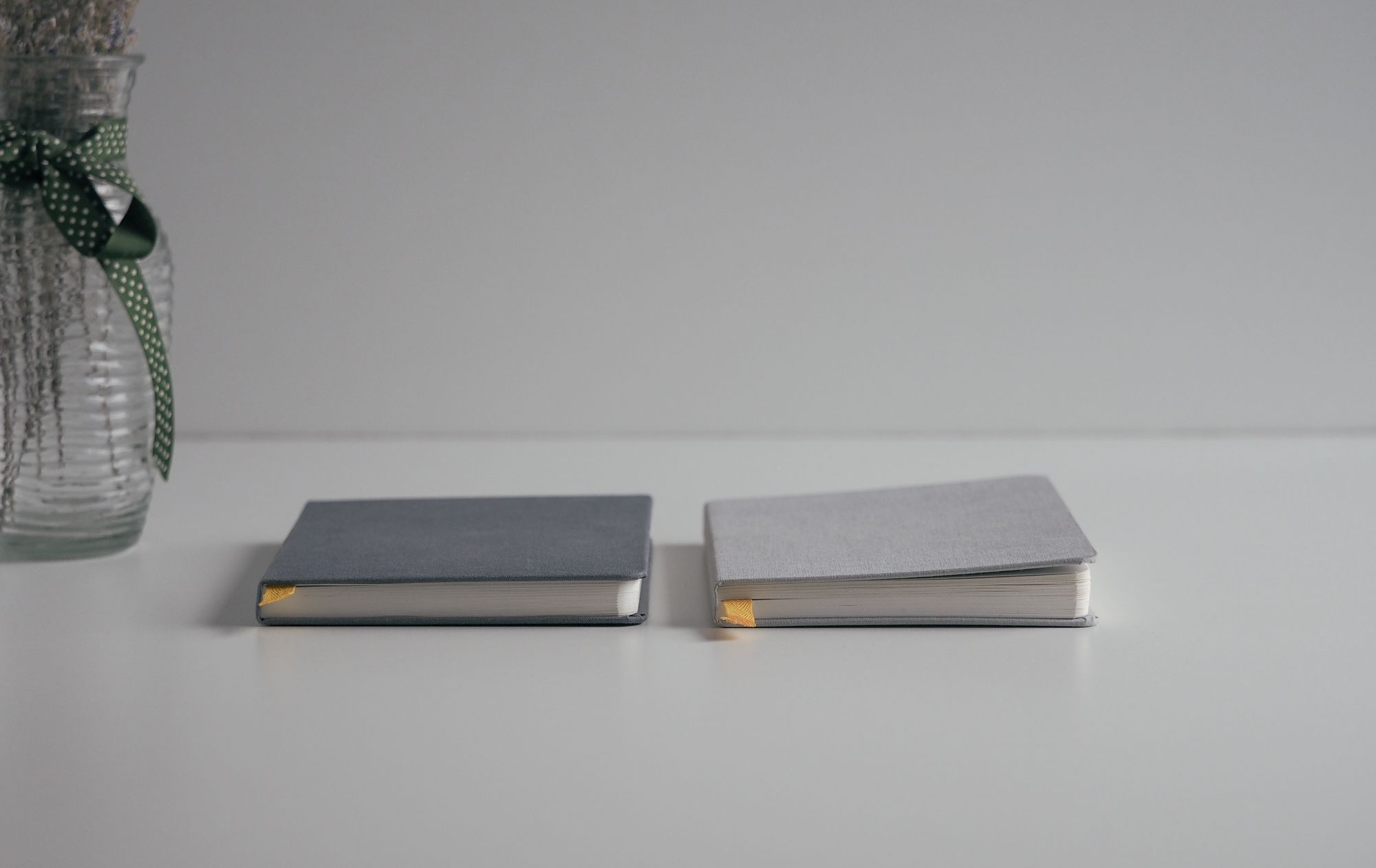 Another small fixer-upper: Baron Fig found a way to have the Confidant’s cover lay flat. This was the original Confidant’s biggest downfall. The OCD in all of us was driven up the wall everytime an original Confidant laid on its back. With Maker, our perfectionist traits can be put to bed.

The paper is also the same thick, fountain pen friendly paper found in the original. I have noticed, however, the dot grid is slightly darker in the original Confidant. I prefer the darker grid, but there’s not much lost in Maker. 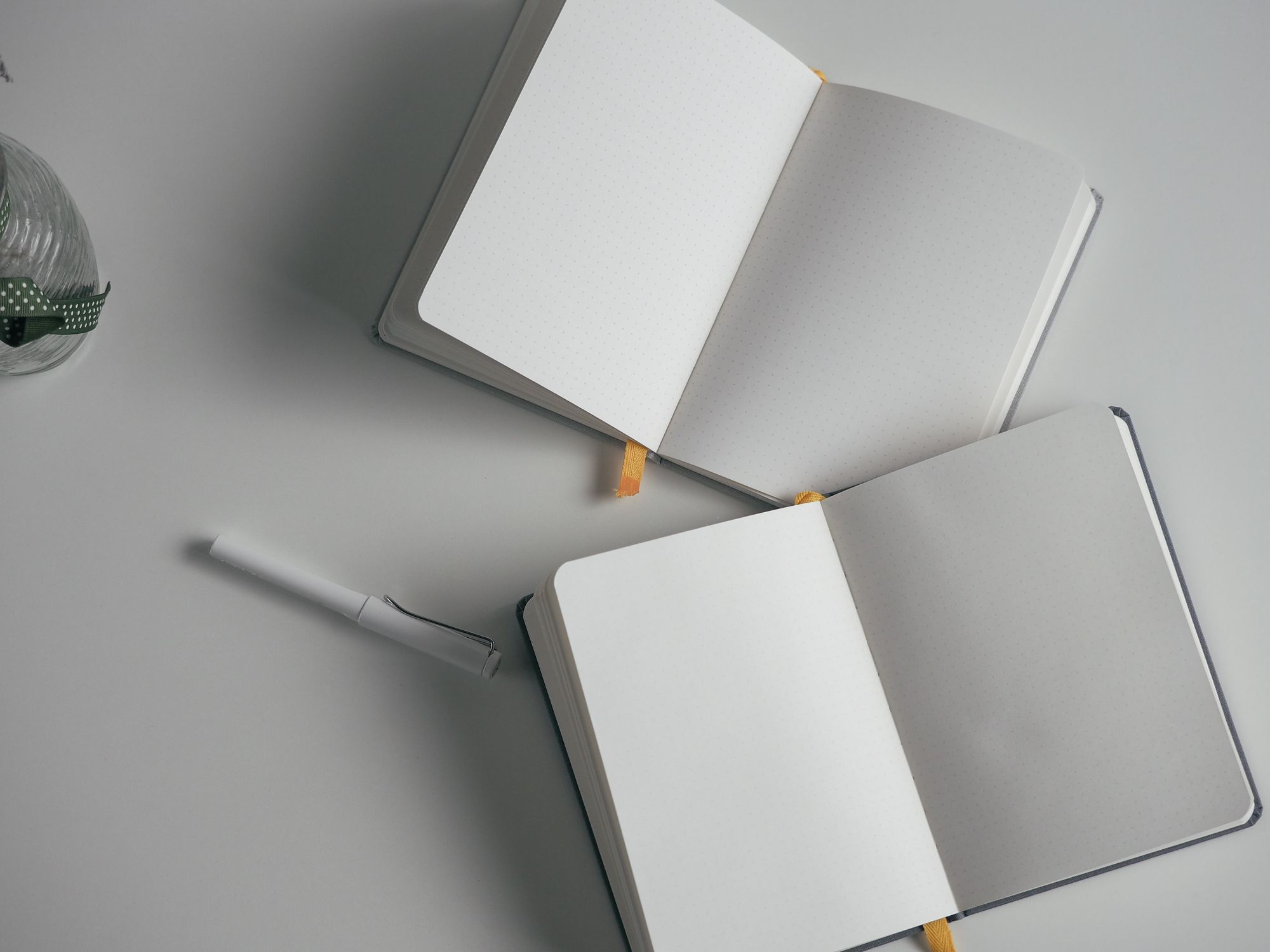 Other than the differences in ribbon snipping, grid darkness, and cover colour, you’re looking at the same Confidant. Undoubtedly though, that charcoal cover pushes it over the top for me and I’m glad I didn’t drop the ball with Maker like I did with Juggler.

Next is the latest rendition of Nock Co.’s DotDash Pocket Notebook. In early March, I reviewed Nock Co.’s original DotDash notebook in an odd way. I came to use the bright yellow notebook on the ice as a hockey official and my review outlined how the book fit into my job on the ice. 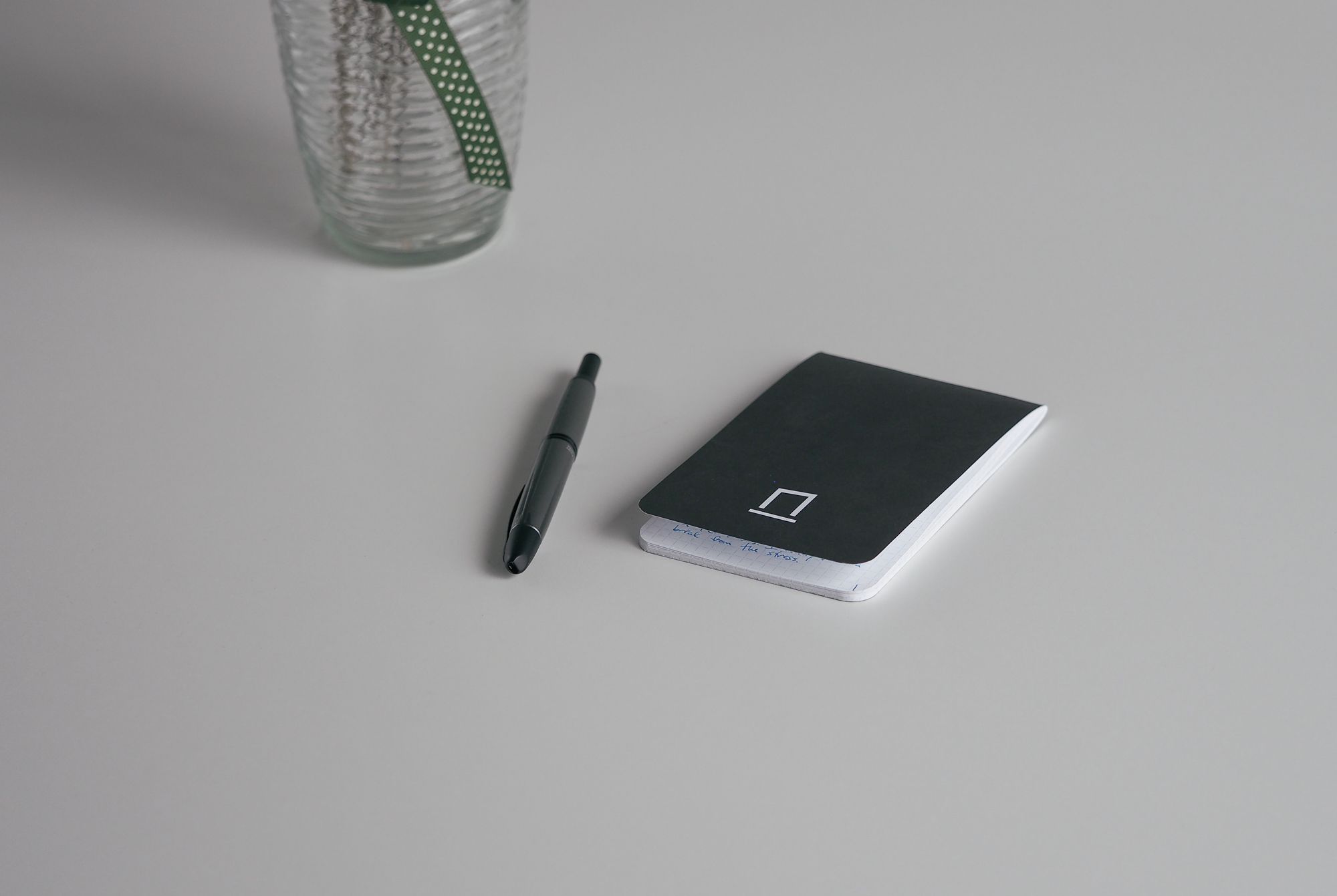 In that review, I really only had two complaints. First, I wanted a less conspicuous colour so as not to attract extra attention to myself on the ice. Second, I was hoping for a book with less bleedthrough and showthrough with heavy flow pens. 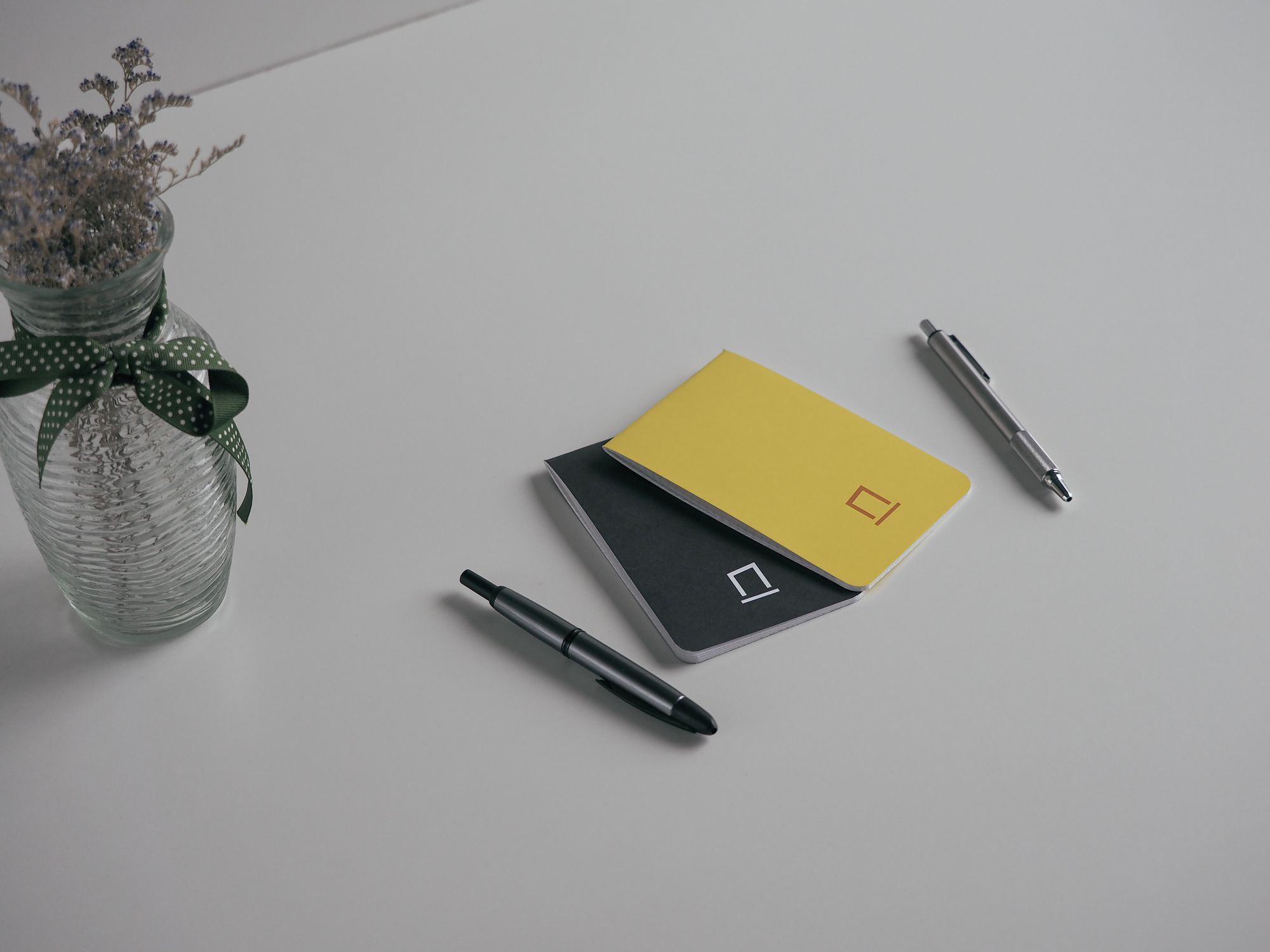 Nock Co. answered both my complaints within weeks.

The resulting DotDash notebook rendition is my favourite memo book ever.

Seriously. Even better than my beloved Field Notes. This new book just overthrew the old king of the hill and will sit perched atop the mountain until someone else figures out its simple secret. 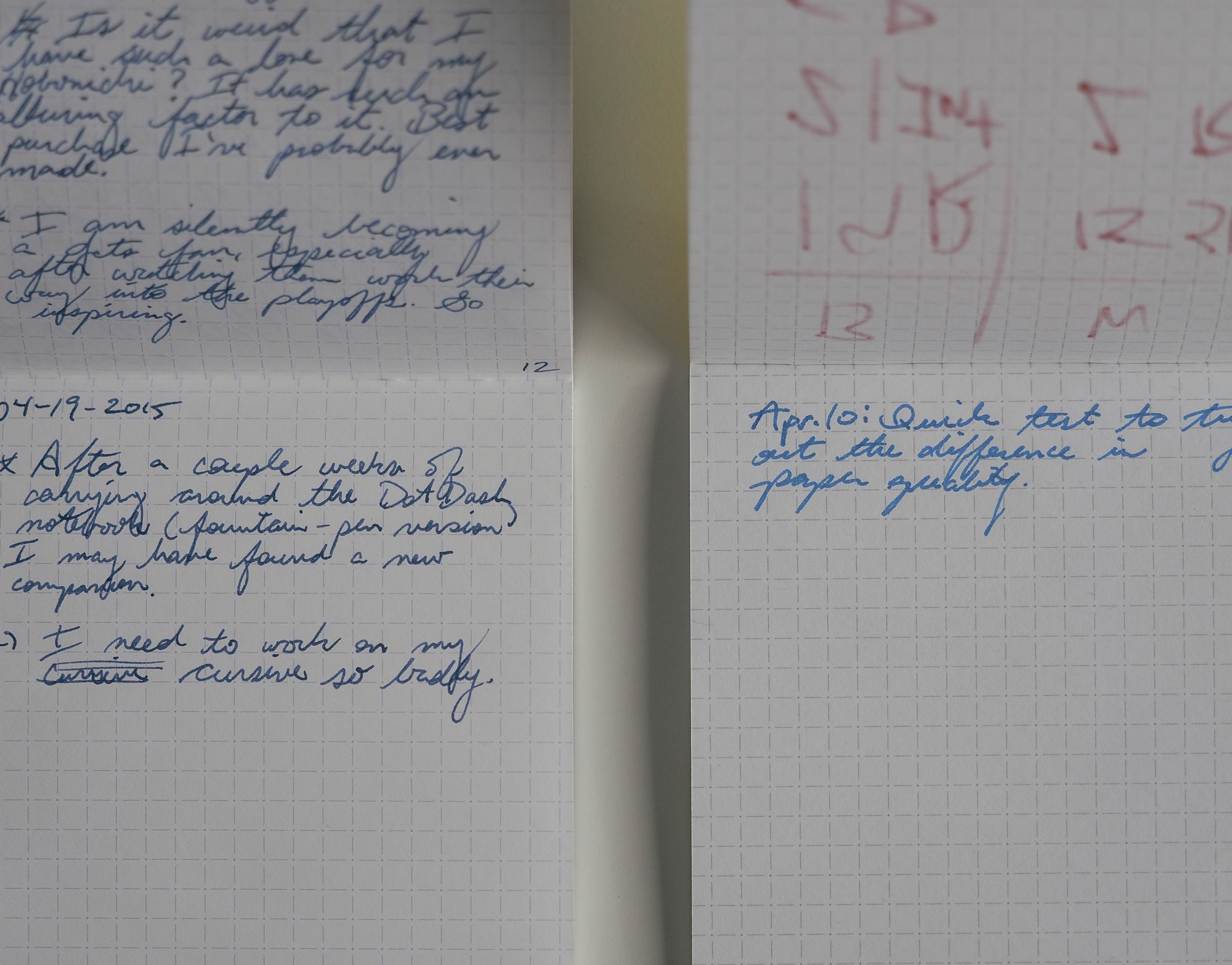 The yellow DotDash edition was packed with paper we have come to expect in less expensive pocket memo books. The 50 lb. paper feathered fairly heavily with fountain pens and the paper even bled through to the backside if you left your nib in the same spot for too long.

But gone are those days. The latest black DotDash edition is packed with fountain pen friendly paper which doesn’t feather and doesn’t show through whatsoever. The moment my Vanishing Point nib hit the black DotDash’s paper, I knew Nock Co. was onto something. 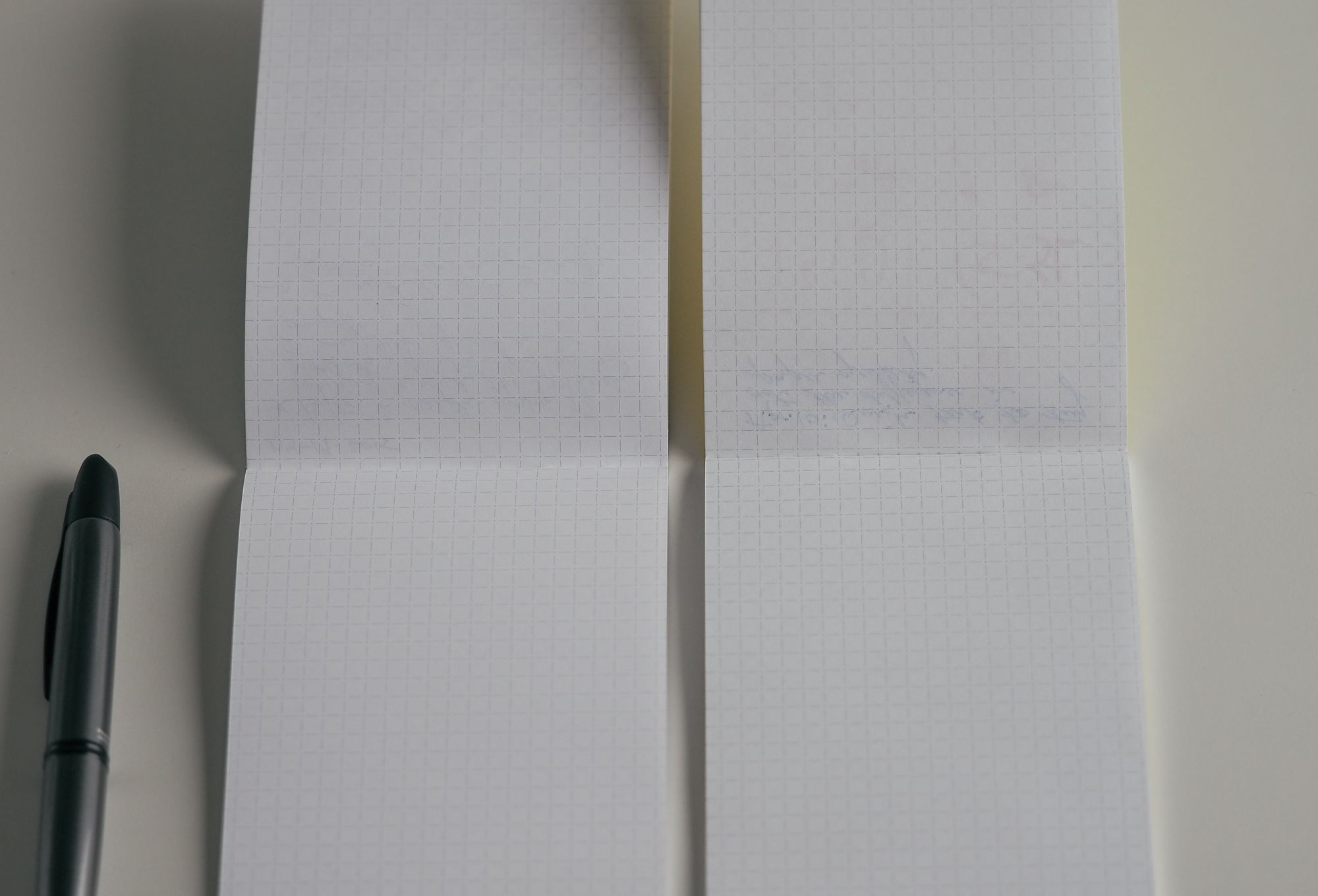 You can see in the last two photos the profound difference between the two papers. The yellow DotDash on the right has heavily feathered writing, has fairly significant showthrough, and even has some bleedthrough on the backside. The black DotDash on the left is scar free.

The black DotDash’s paper isn’t the smoothest paper I’ve ever written on, but I would put it up there with Baron Fig’s Confidant paper for sure. Realistically though, I couldn’t care any less about the feel of the black DotDash’s paper. The very fact it is fountain pen friendly paper catapults it to the top of my memo book list. 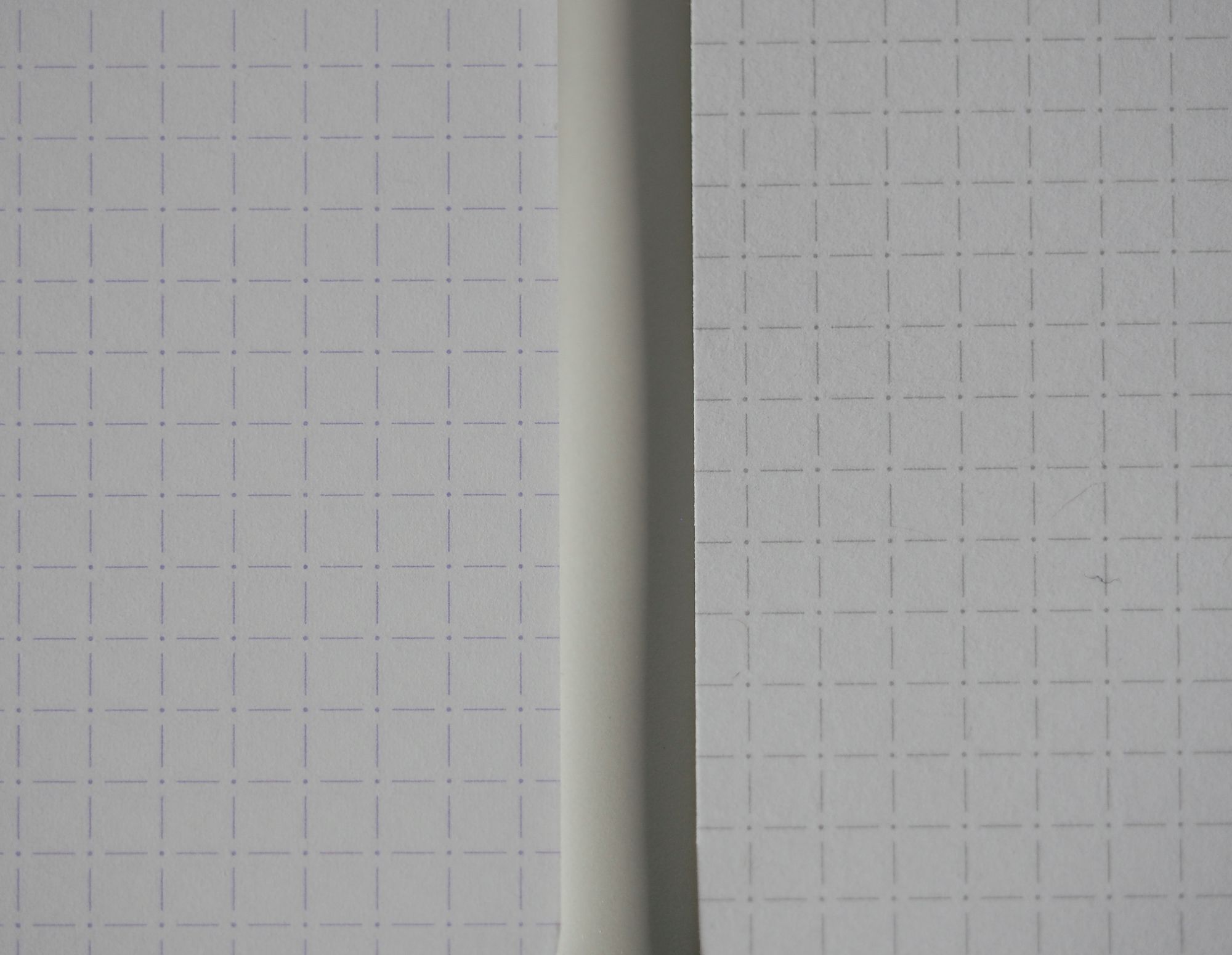 Other than the obvious cover colour change and the addition of fountain pen friendly paper, Nock Co. also changed the DotDash grid colour on the inside. Inside the black DotDash memo book is a calm purple — some might call it lavender — which I have come to love. This grid colour is soothing and unobtrusive, and allows writing to be guided from line to line in the best way possible.

From top to bottom, Nock Co. has hit a homerun with the paper inside the black DotDash pocket notebook. If you are a fountain pen user of any kind, you’d be crazy not to spend the $10 and pick up a three back of these beauties. 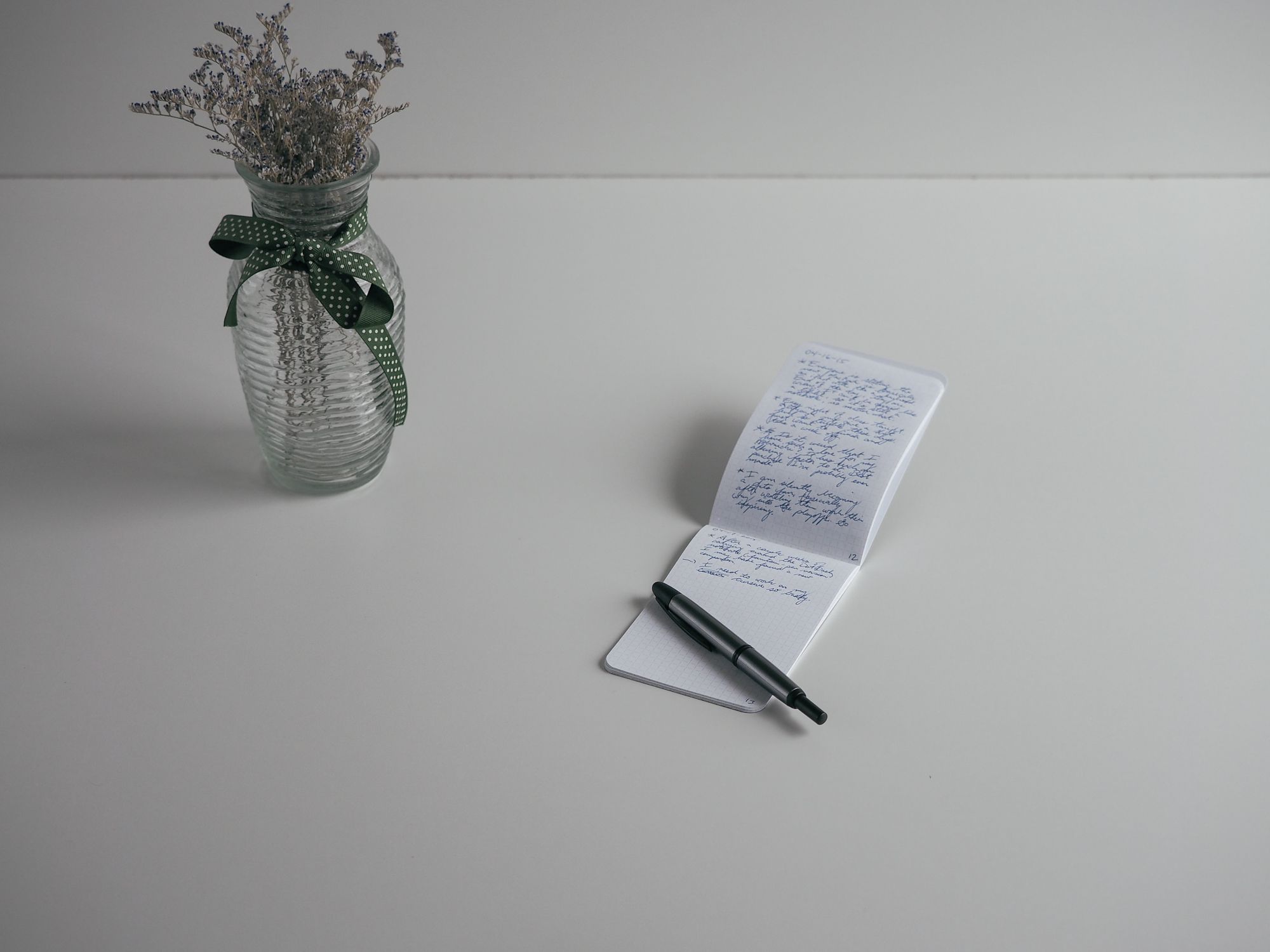 I can’t stress enough how much I love the two products above. The Confidant was already a great notebook, but the charcoal colour has pushed it to the top. And in terms of pocket notebooks, Nock Co. has nailed it with the black DotDash memo book.

In fact, the black Nock Co. DotDash notebook is so good that I decided against finishing my then-current Field Notes in favour of starting a brand new DotDash book. Yes, I have an unfinished Field Notes book in my collection. This was the first time I decided against filling a Field Notes in its entirety, but I’m glad I hunkered down with the fountain pen friendly DotDash book. Using a fountain pen in my memo books has reignited a little passion for analog tools this spring and I look forward to the rest of the summer’s product releases.

Although the Baron Fig Maker may be unavailable, I recommend keeping your eyes open for the next special edition Confidant. While you’re waiting, grab a $10 pack of Nock Co.’s latest DotDash pocket notebooks and write the day away.