The Pilot Vanishing Point is great enough to be a blog-ending pen.

Yeah, I actually thought my blog was in jeopardy for a while, since I didn’t want to use any other pen after I got that one.

I doubt it will end The Newsprint, but Doug certainly has a point. This pen is absolutely stellar. 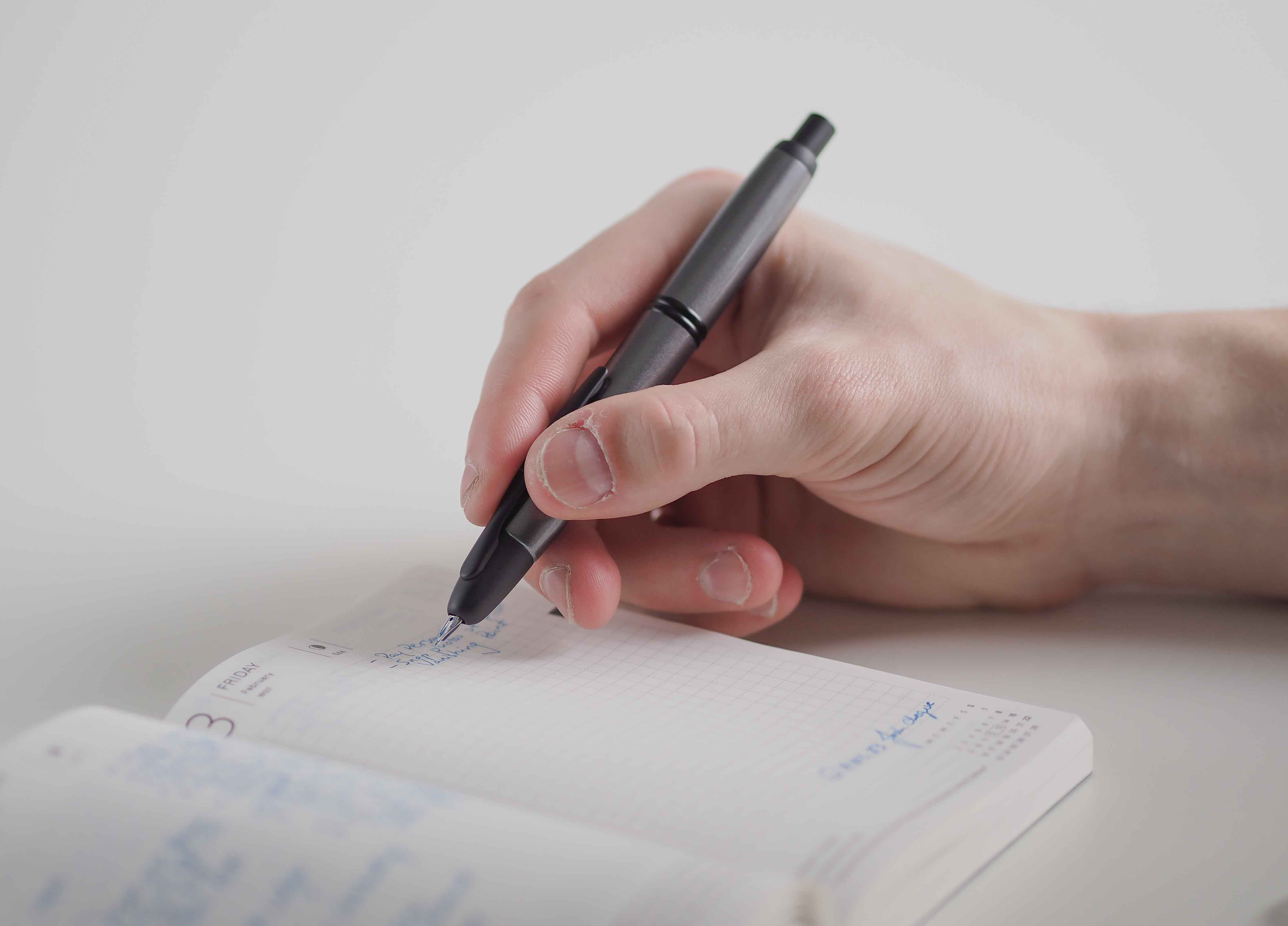 I reached out to Ron at Pen Chalet around Christmas time to wish him a great holiday season and he responded with an opportunity to review the Vanishing Point. Knowing of Doug Lane’s love for the pen, I couldn’t say no. Once again, thank you to Pen Chalet for sending this pen for review. 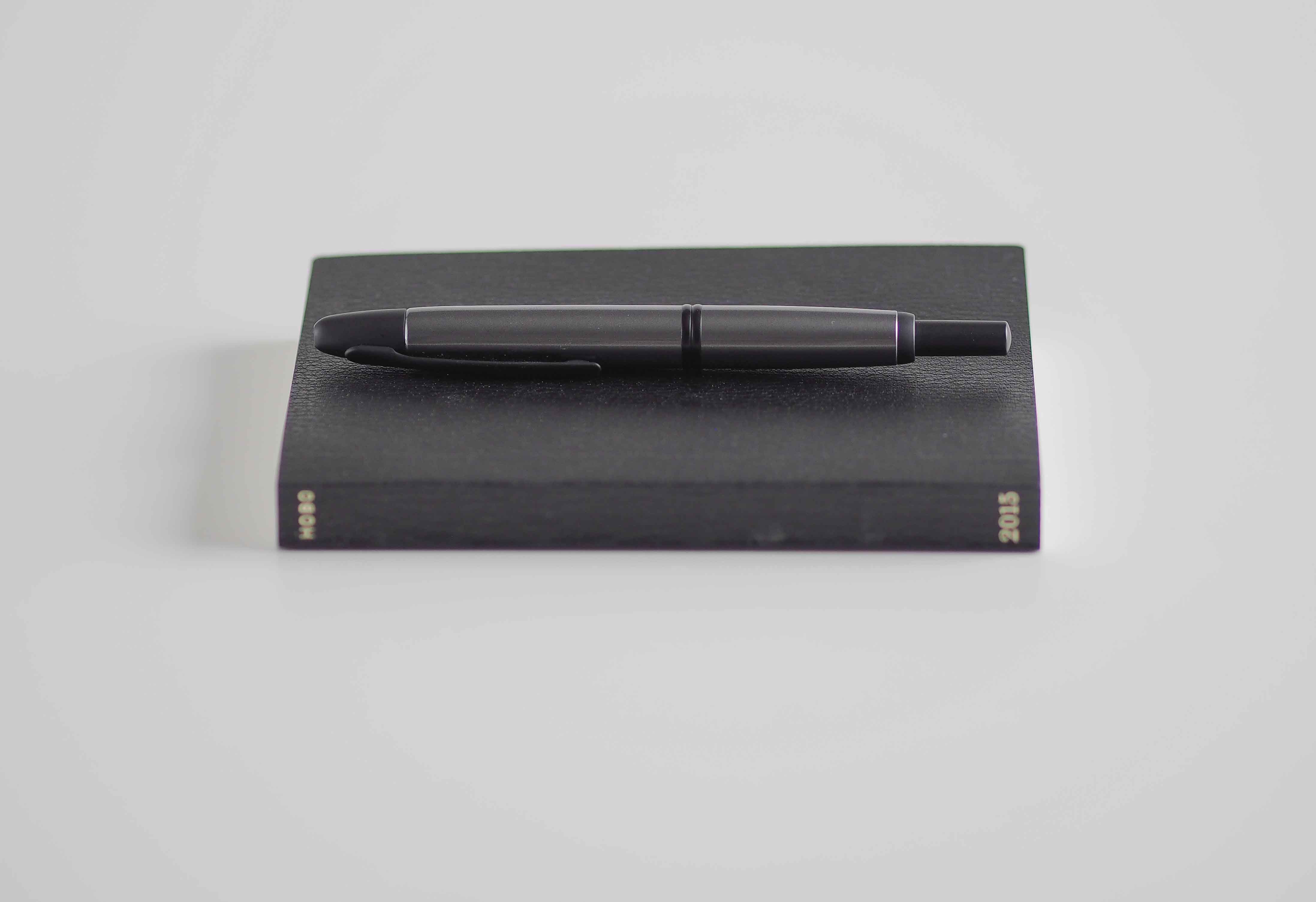 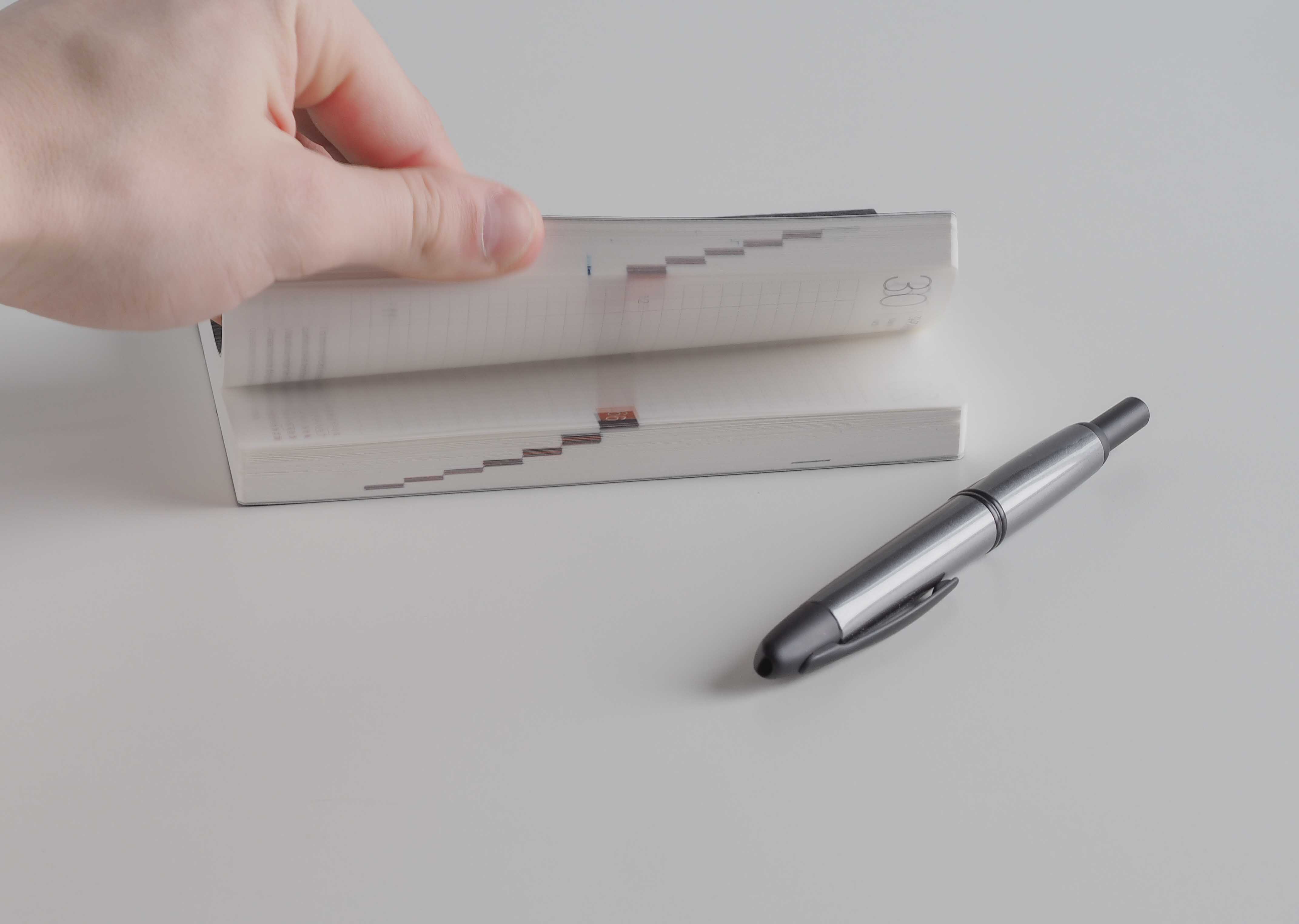 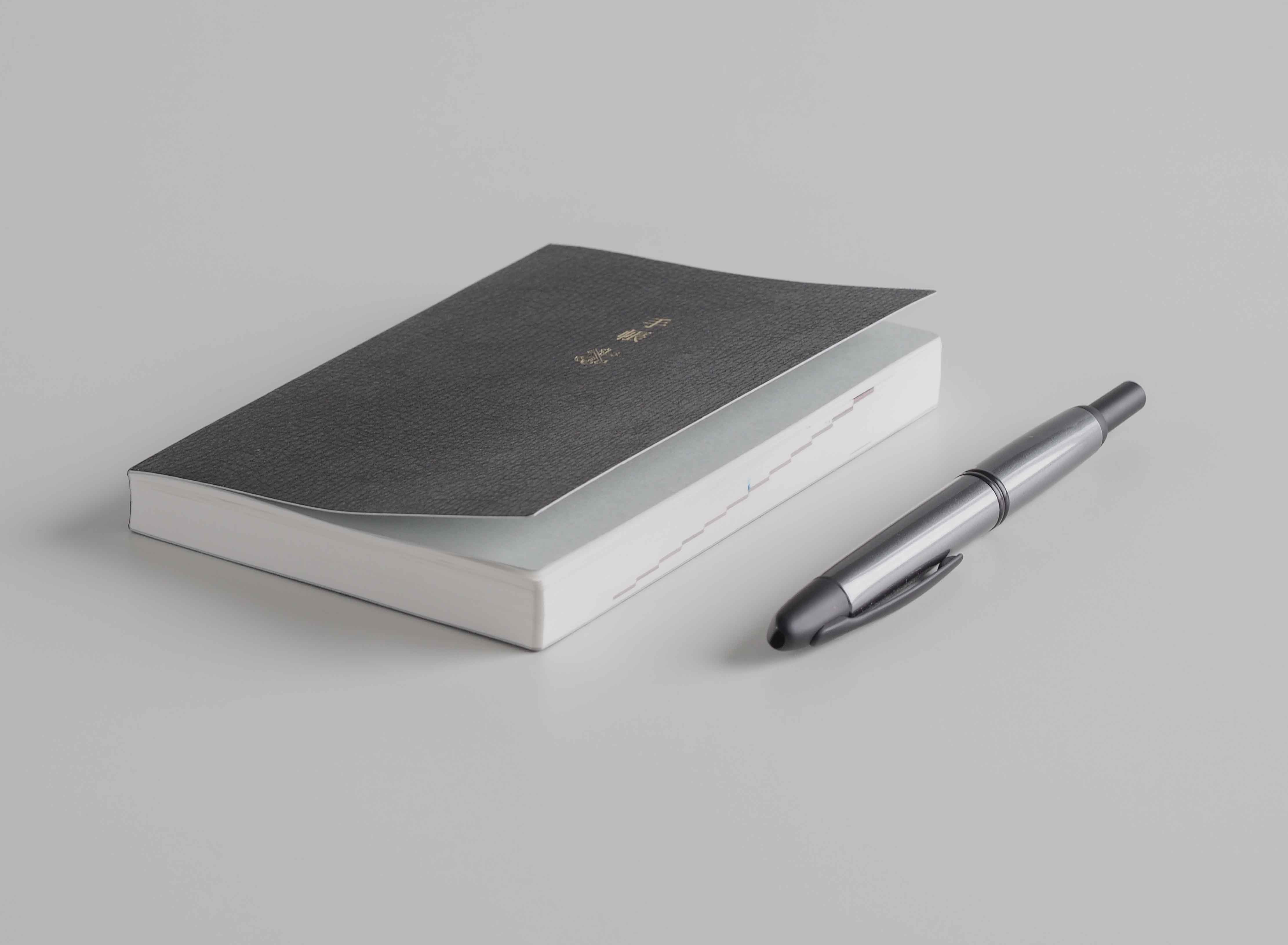 There’s a little magic inside the Vanishing Point’s body which gives the pen the ability to retract.

Unscrewing the pen shows the unique nib unit and ink converter. The nib unit is long and fits directly into the pen body via a notch on its top-side. This unit retracts through a crafty trap-door when not in use, keeping the nib from drying out and keeping ink from leaking into your pocket or bag.

The converter sent with the Vanishing Point is smaller than other converters I’ve tried, but I haven’t run my first refill dry just yet.

I found the refill process to be extremely easy and substantially tidier than my refill experiences with the TWSBI 580AL or Lamy Safari. Instead of inserting the entire pen into a bottle of ink, only the nib unit needs to be submerged to get a proper refill. This has kept my Vanishing Point looking more gun metal than blue. 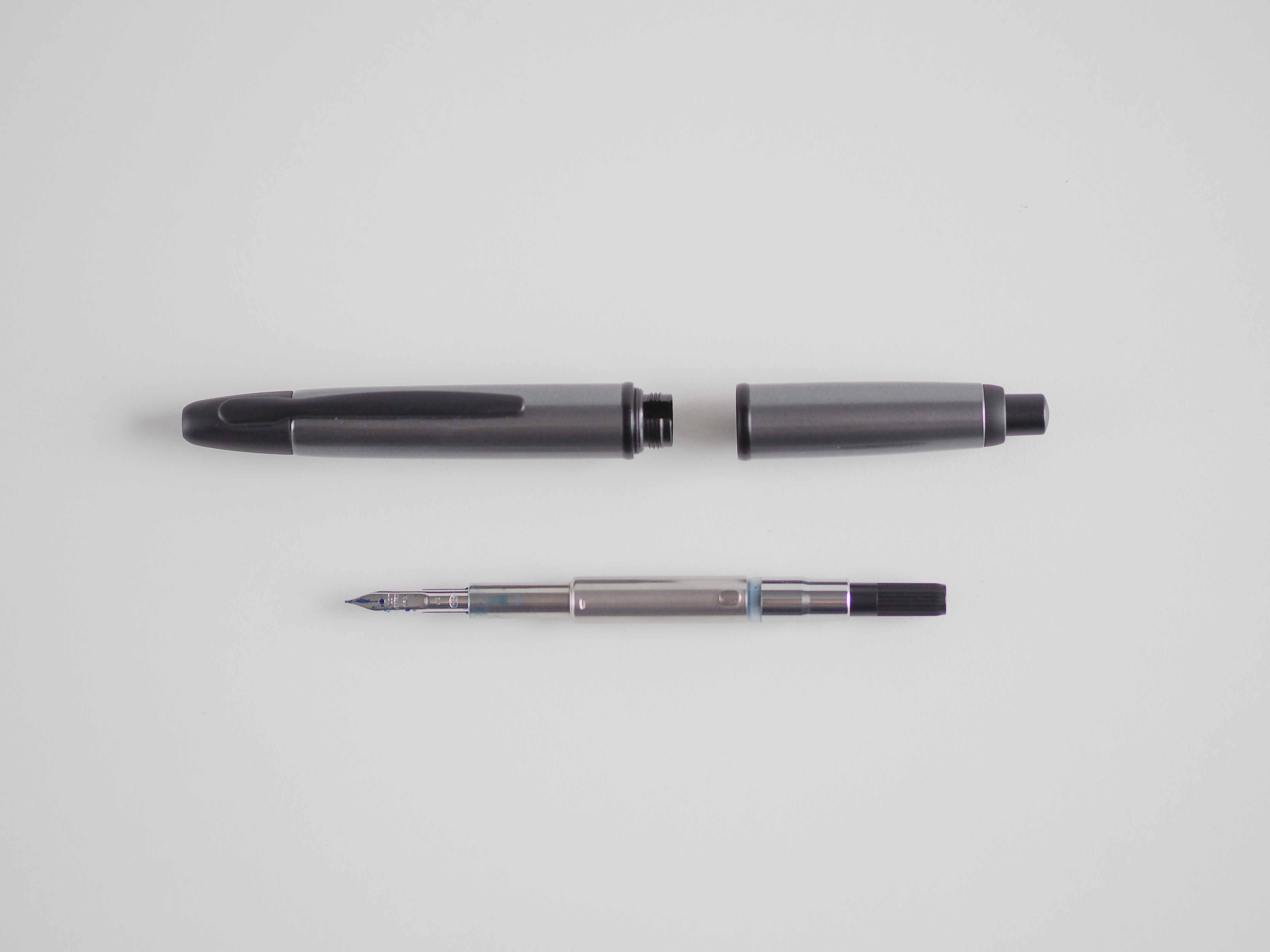 The long nib unit can be pulled out and quickly exchanged for a nib unit with a different size or colour. Pilot sells matte black nib units if you care for colour coordination. At $140 (on sale!), the Vanishing Point isn’t a cheap pen. Having the ability to swap out different nib units will not only save you a couple bucks, it’ll keep the Vanishing Point feeling fresh and new without having to buy an entirely new pen. 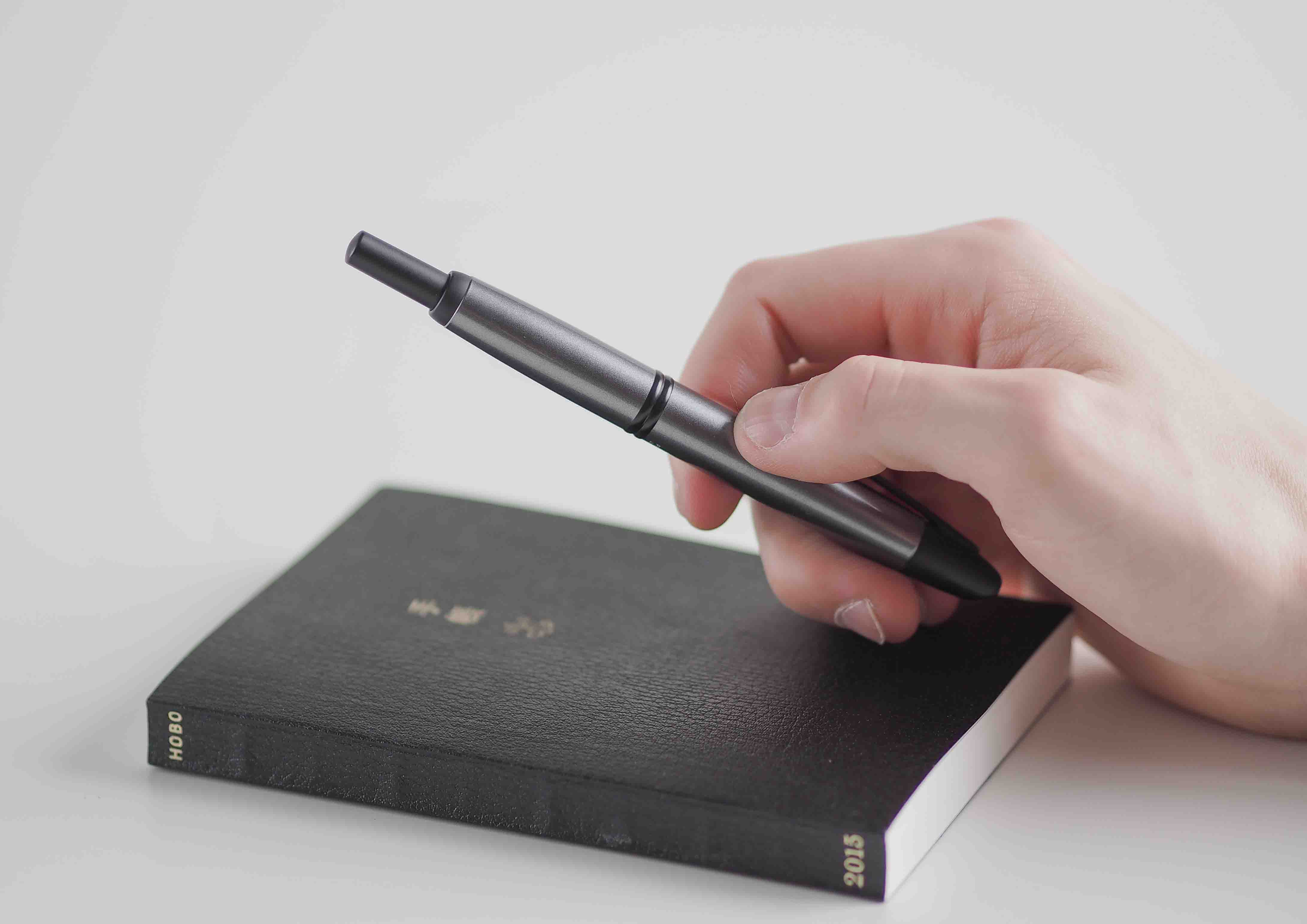 The Vanishing Point’s execution of a proper knock is of the utmost importance: If you casually bump the knock while out and about, the nib unit could extend outwards and leave ink pouring into your clothes or bag. Not only does the Vanishing Point’s knock have to combat casual bumps, it has to be long enough to ensure the nib unit is meant to be extended. 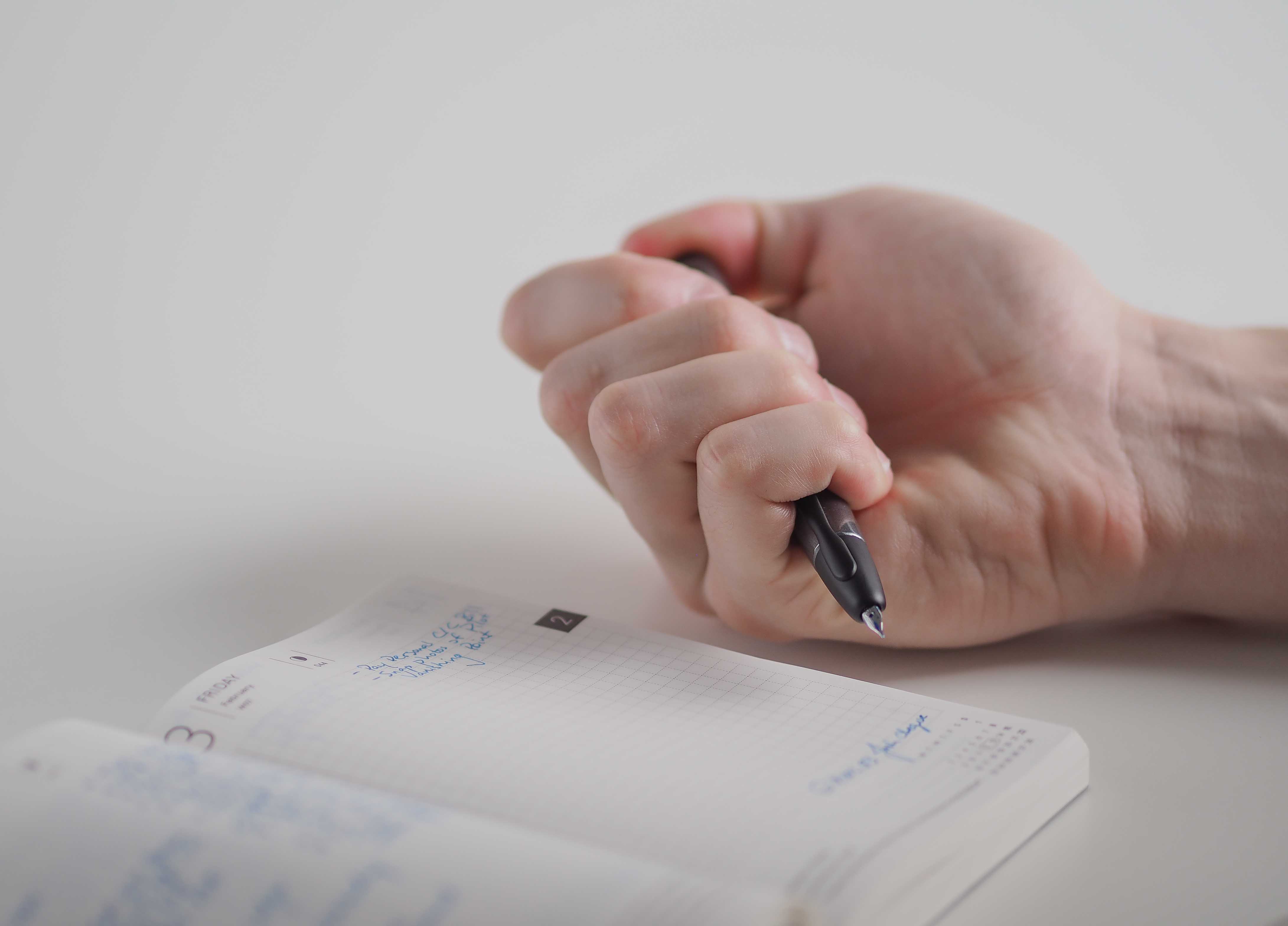 And without a doubt, the Vanishing Point’s knock is impeccable. It’s a bit longer than many other retractable ball points I’ve tried, so fully extracting the nib unit is actually a practice in habit-forming. After years of using retractable ball points and poor quality knocks, I had to retrain my muscle memory to more fully depress the knock to extract the nib. Overall, it’s a painless process, but I found myself always thinking about extracting the nib unit when I pulled the pen out to write.

As far as design goes, the knock’s matte black finish is right at home with the rest of the Vanishing Point’s gun metal design and I appreciate the minimalism attached to the knock. There aren’t any superfluous additions to the knock and this allows for a streamlined pen from top to bottom. 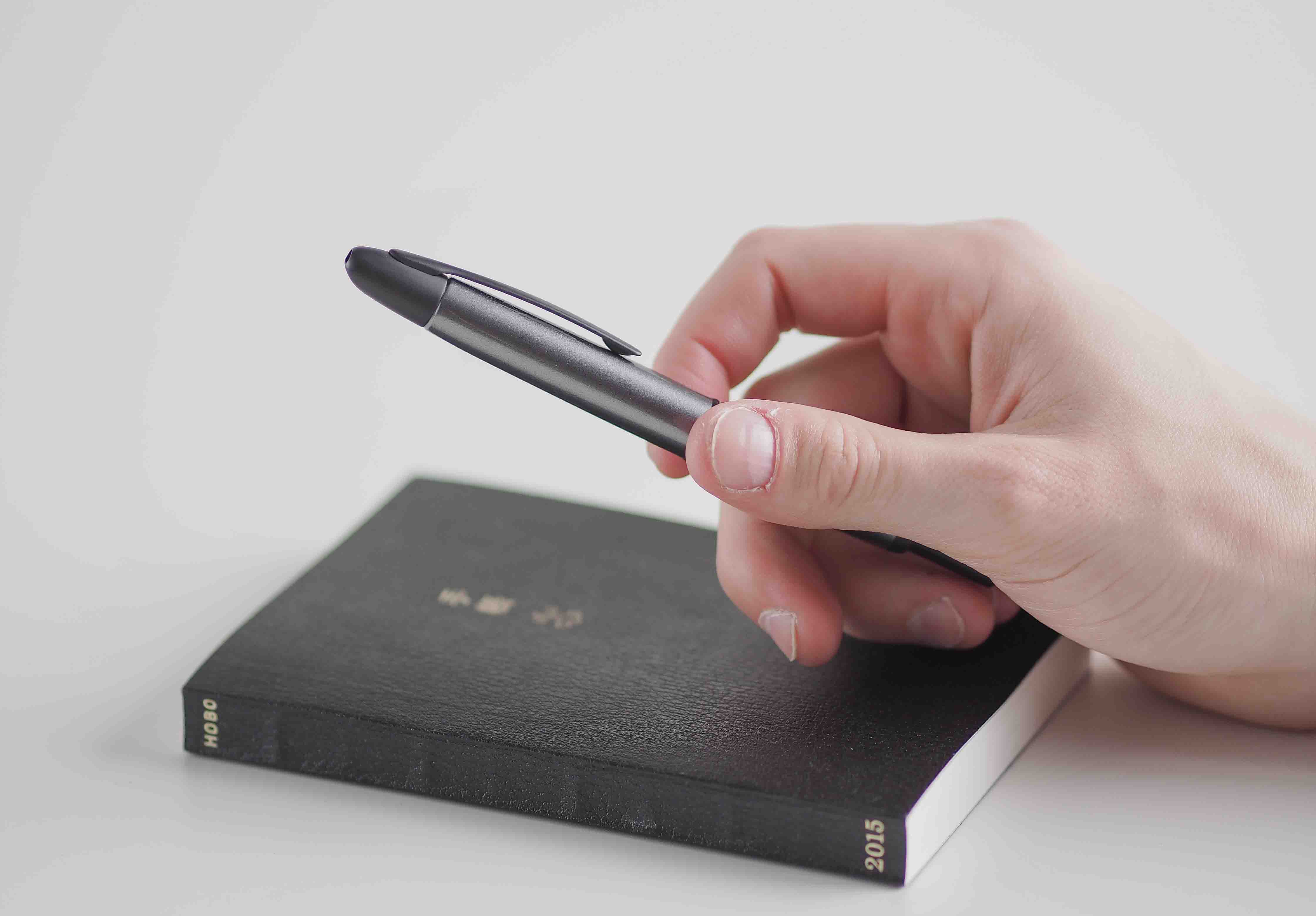 Finally, the section and nib. The Vanishing Point’s one glaring design decision is the placement of the clip at the writing end of the pen. This design actually puts the clip right where you grip the pen instead of at the end by the knock. 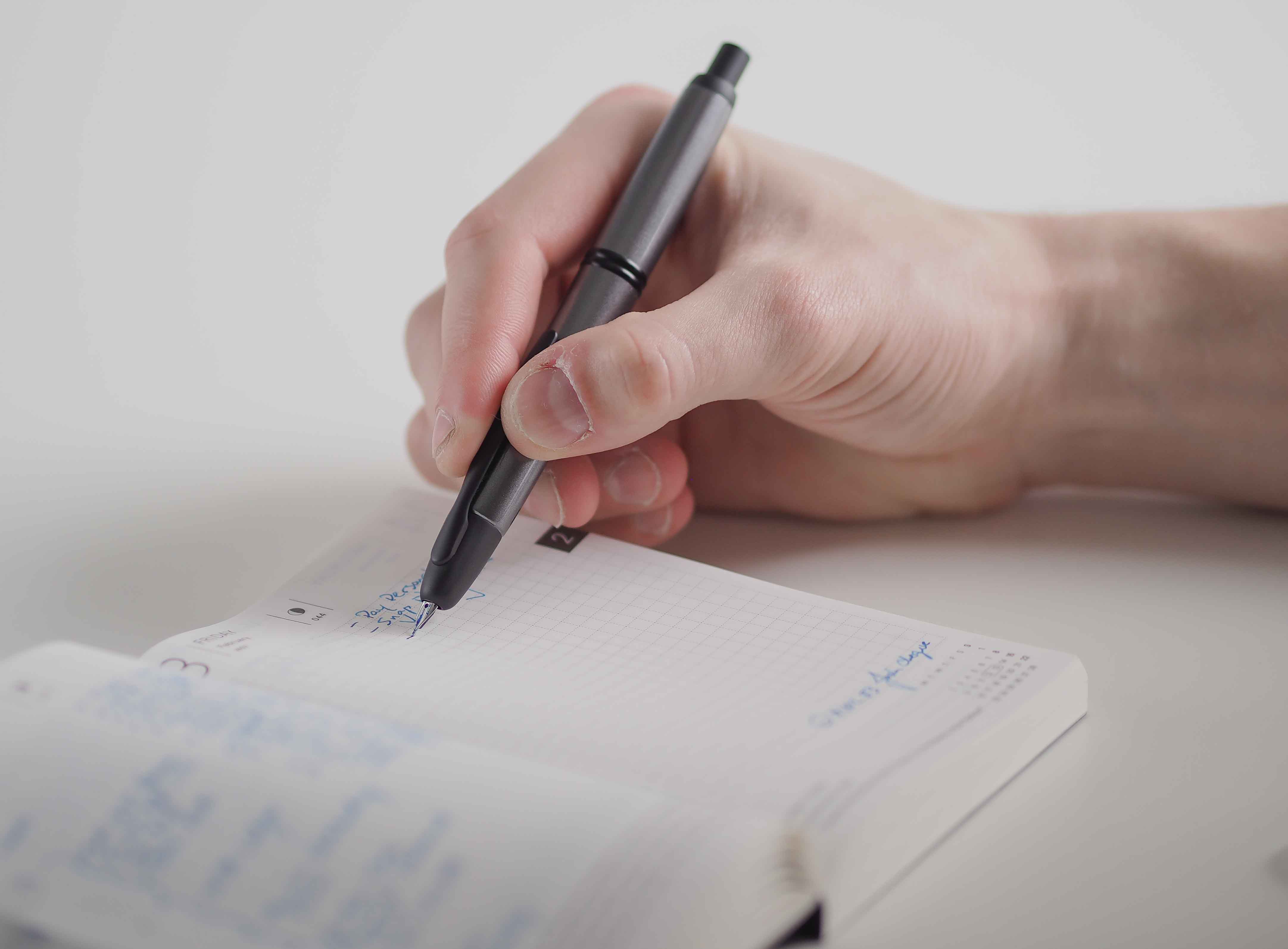 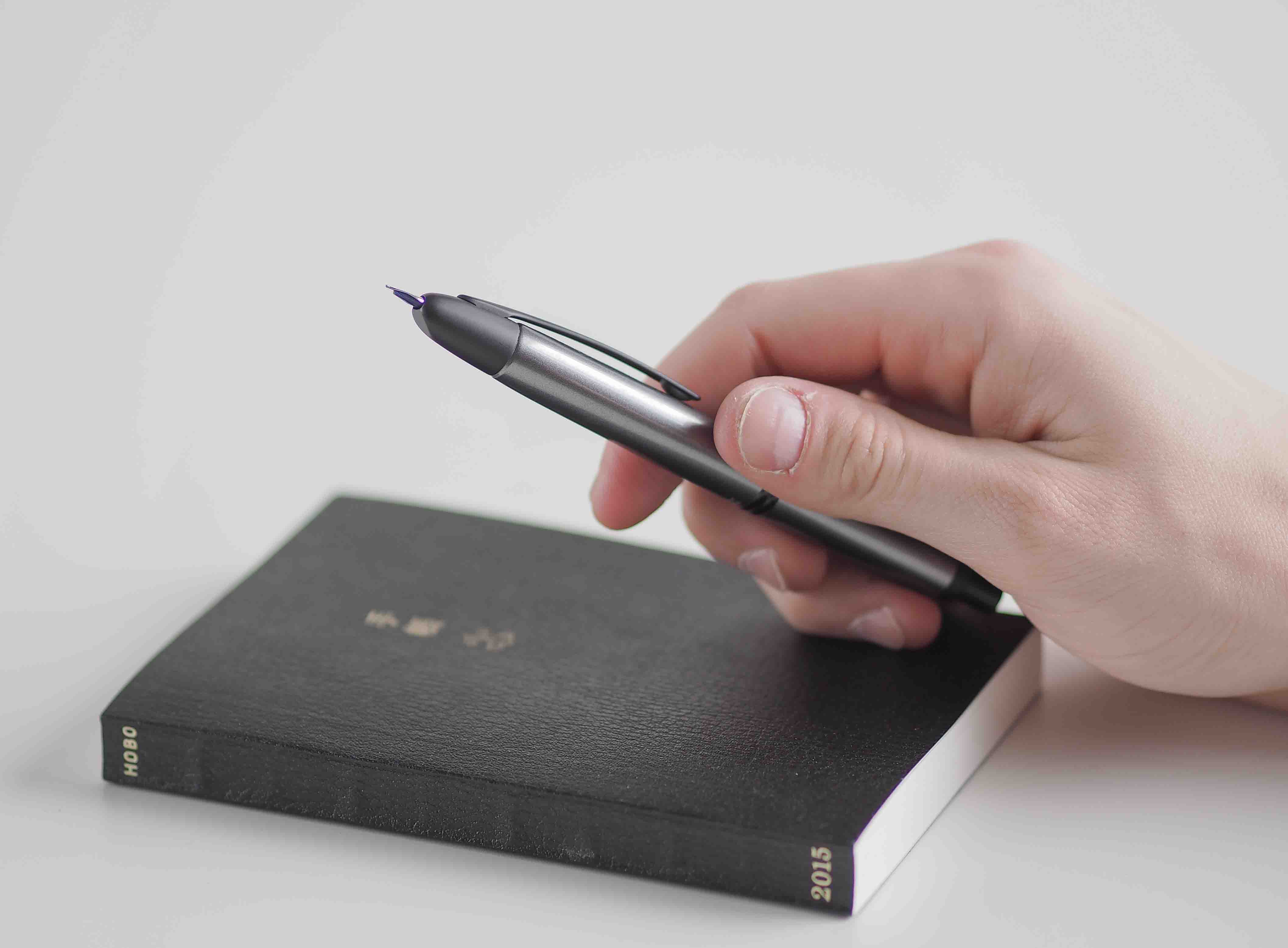 Writing is, as you would expect, top notch. The nib is made of 18 karat gold and is ultra smooth. I’ve used this pen exclusively in my Hobonichi Techo over the past few weeks and I can’t say I’ve had even one hiccup along the way. I never understood how a pen could be smoother than the TWSBI 580AL until I set the Vanishing Point to Tomoe River paper. The combination of Tomoe River and 18 karat gold is a writer’s dream come true. 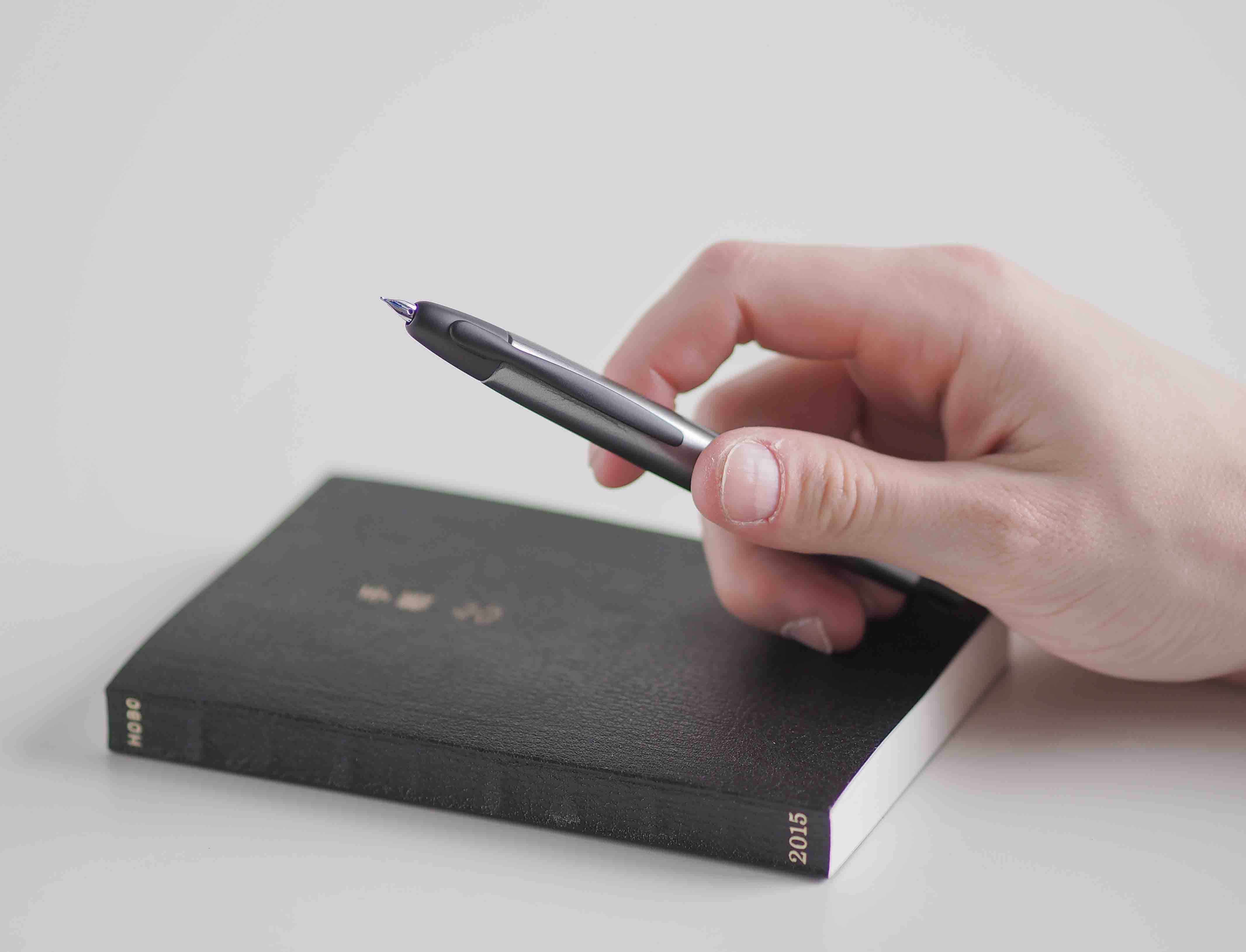 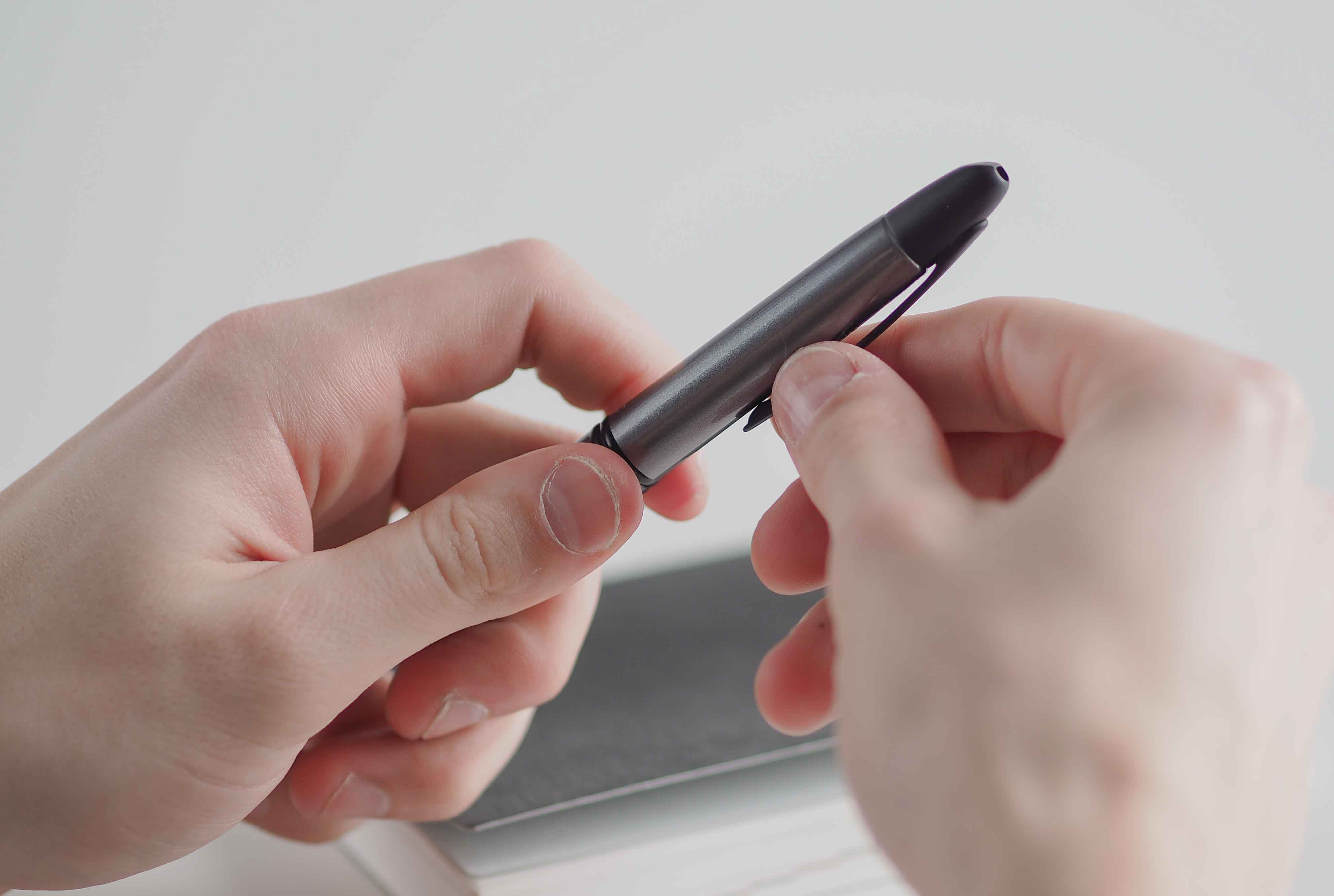 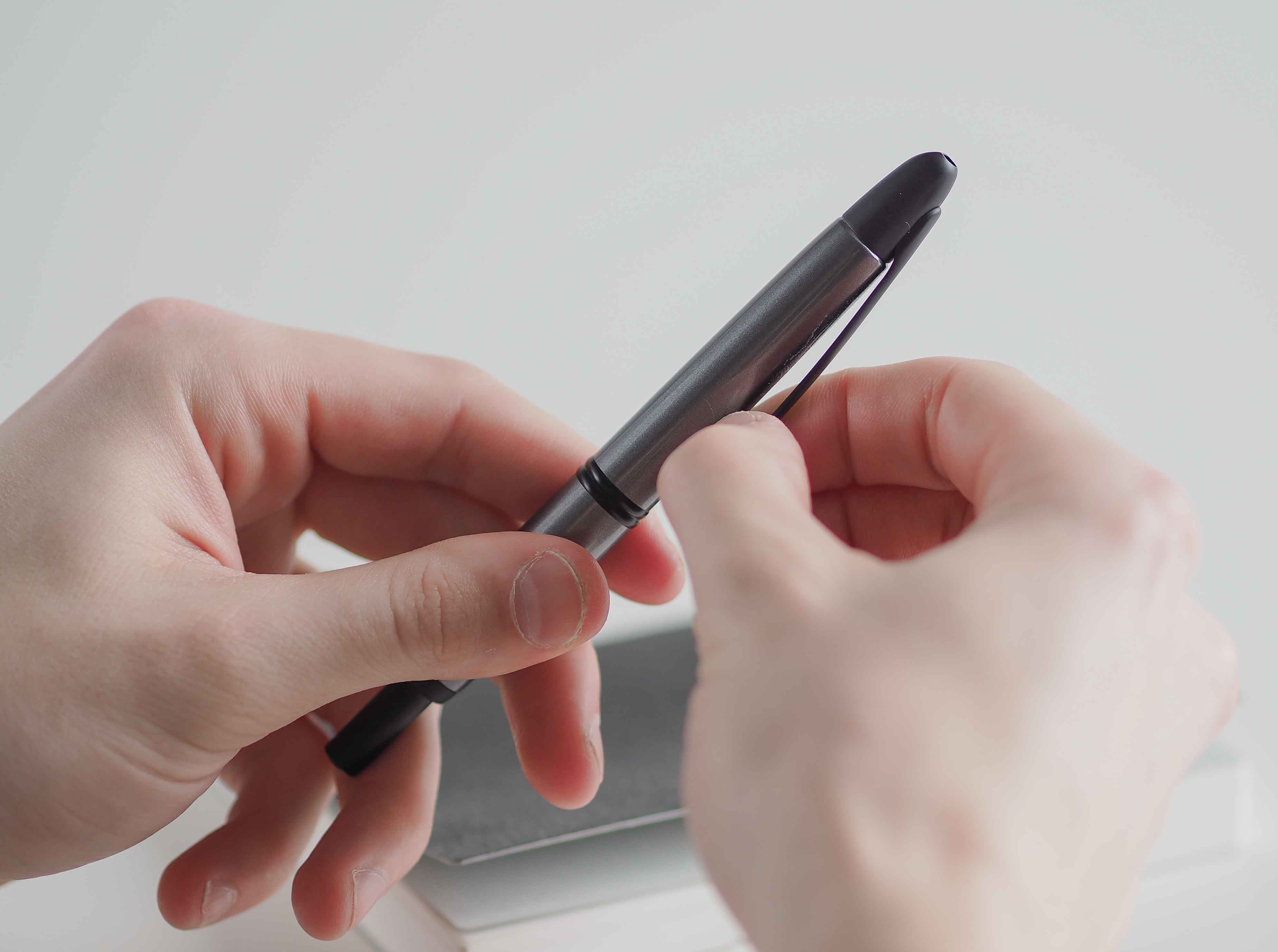 The actual clip itself is very secure — almost too secure. I had to use two hands to pry it open as far as you see in the above photo and securing it to a shirt or pants pocket has not been as easy as I would like.

Secure clips are not a bad thing, however, as I can’t see myself ever breaking this clip like I would a cheap $0.50 pen. Overall, the security of the clip, like the rest of the high quality body, is top notch and you won’t find your pen slipping or sliding out of your shirt pocket without pulling it out yourself.

Many people have taken to the Vanishing Point and discussed its quality with abundant praise. I’ll add my voice to the crowd.

From the rockstar gun metal finish, to the 18 karat gold nib, to the placement of the clip, and to the funky trap-door mechanism, the Pilot Vanishing Point has all the avenues covered. I use it in my Hobonichi, in my Field Notes, in my working notebooks at the office, and in my home for casual writing. From top to bottom and start to finish, this Vanishing Point is truly one of a kind. 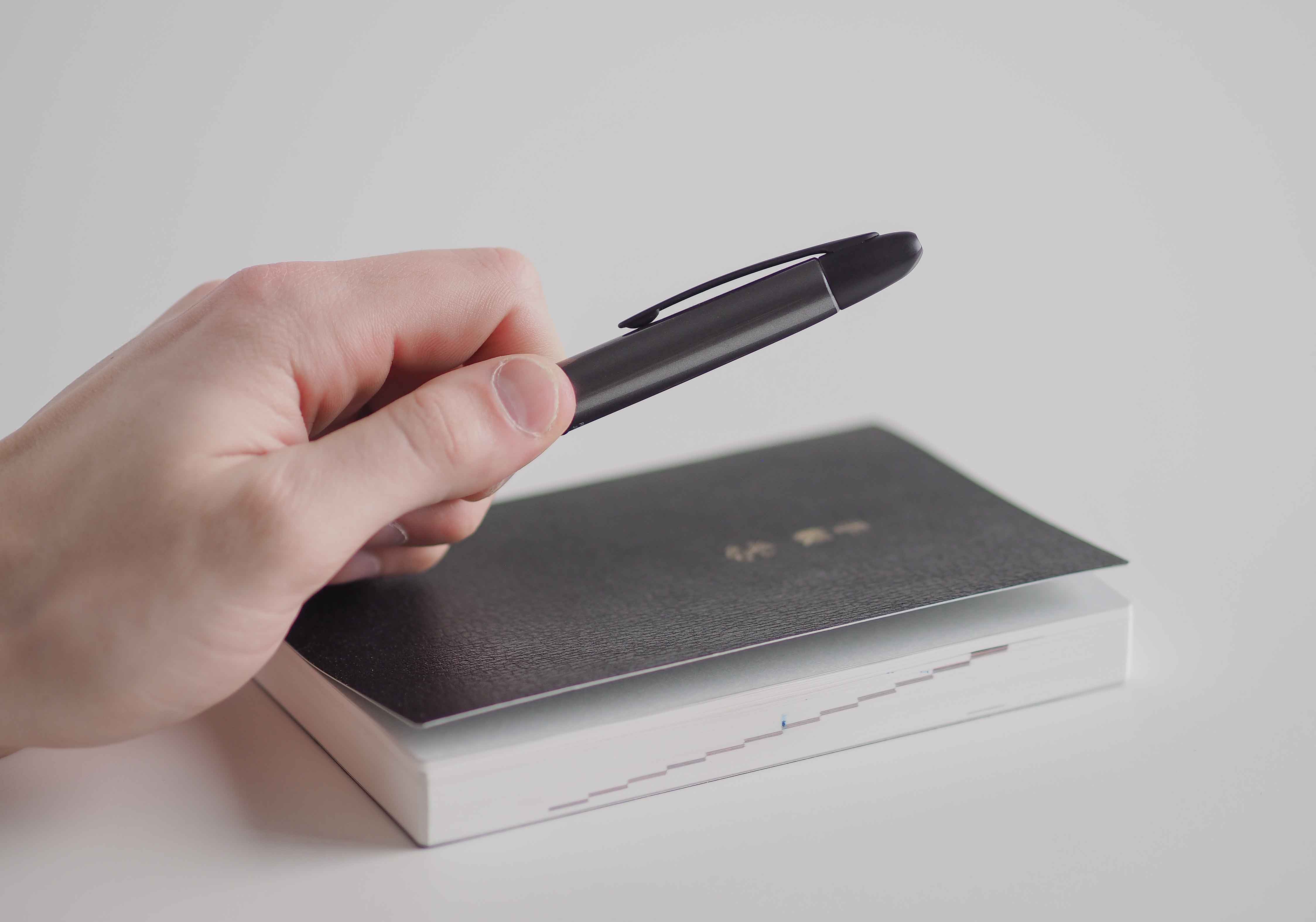 Is the Vanishing Point blog-ending for The Newsprint? Perhaps not. But, if I was writing solely about pens, it would seriously put into question many of my future purchases. I find it hard to believe a pen can write, feel, and look better than the Vanishing Point for less money than what you can pick it up for right now over at Pen Chalet.

Want a fast way to end your pen collecting habit? Follow my and Doug Lane’s advice and pick up a Vanishing Point right away