I hope everyone had a safe and joyful time ringing in the New Year. I’ll join in the chorus and say that it’s crazy that it’s already 2015. Time flies.

New year. New month. It’s time for a couple homescreen round outs. Here are my iDevices for the beginning of 2015. 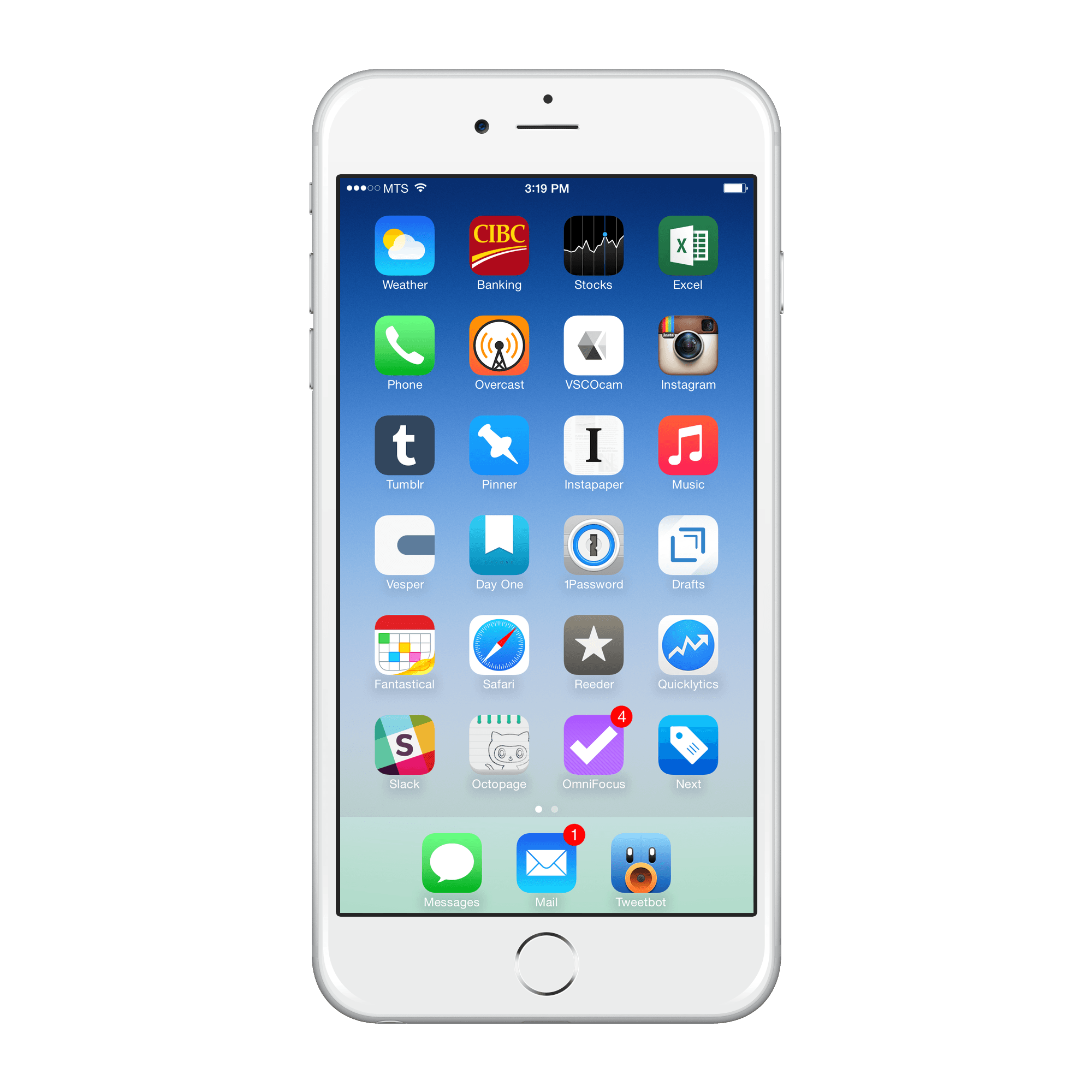 I’ve gone (almost) full board on my first homescreen. I figured I would try to eliminate scrolling between pages by putting everything on the first page. It sort of works, but I still find the first page too busy at times. We’ll see how long it lasts.

I’ve also tended toward some stock iOS apps as of late. I’ve become tired of apps that are still not updated for the iPhone 6/6 Plus, so Weather Line was dropped and Weather.app was adopted. I really, really like the weather line in Weather Line though, so the moment the app is updated I’ll be switching back.

Stocks.app takes the place of other third-party options due to its baked-in support and its landscape split-screen view. Stocks.app is a finely executed app on iOS and it often gets overlooked.

The new kids on the block are Octopage and Next. Octopage is extremely useful for managing The Newsprint’s Jekyll backend. I don’t use Octopage to create posts, but rather to edit posts and push small updates to the site. It isn’t updated for the 6 Plus, but it gets the job done until I find something better. Oddly, the app doesn’t appear to be on either Canadian or US App Stores right now, so hopefully it comes around in the future.

Next for iPhone is not a new app by any means and it gained popularity recently due to its coverage by MacStories. I discovered Next about two years ago and used it religiously to track expenses. However, I vaguely remember the app hitting a very buggy version at some point in time and I dropped the app as a result. Now, with my first official career job underway, budgeting and expense tracking makes a bit more sense. Next will be my app of choice as of January 1, 2015. 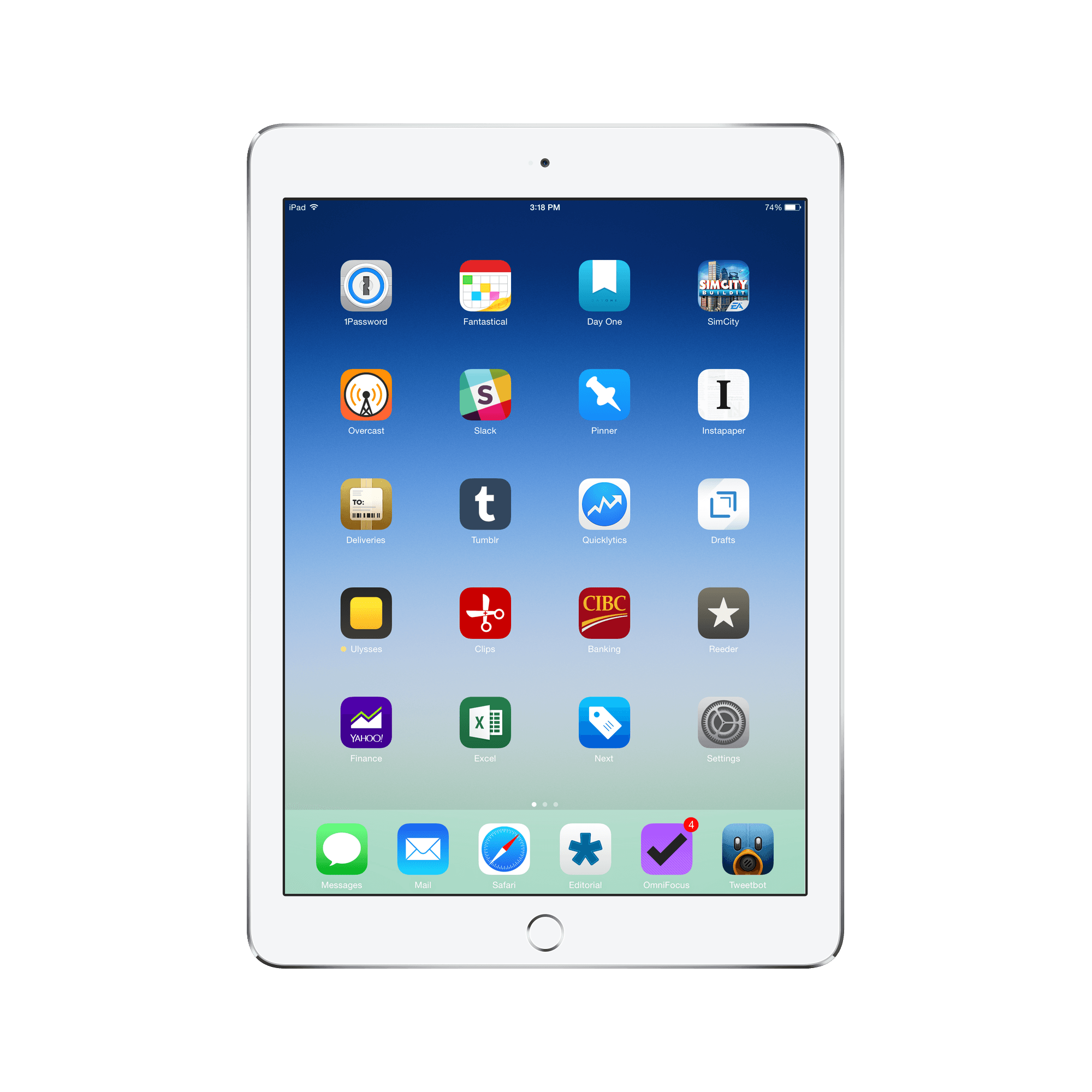 Not too many changes on the iPad for this month. SimCity BuildIt takes the place of Vain Glory for my gaming addiction. I’m completely entranced in SimCity right now and have shot my way up to Level 17. I probably open the app more than Tweetbot to continue manufacturing new resources and to upgrade my residential zones. This will probably change as work swings into full gear. For now, I’m happily addicted to an iOS game.

I sent The Soulmen team a request to be part of the Ulysses for iPad beta and I’m totally sold so far. The document workflow is second to none, and I can’t wait to dig into this app when it’s officially released in the future.

Lastly, Editorial moved into my dock for most of December because the app is the only way I post articles to the site. Editorial is insanely powerful and I’m blown away by how the app itself has become my own mini-CMS.

That’s that for another month. Happy New Year to everyone and I’ll see you again in February.