There appears to be a veil between the persona we writers wish to imbue on the internet and the one which we imbue to our colleagues on a day-to-day, face-to-face basis. While our true selves end up shining through on both sides of that veil, a perfectly clear picture is often difficult to find.

Quite clearly, this stems from the need for privacy. Clicking the “Publish Now” button in the bottom right hand corner is far more terrifying than it is gratifying. With each and every article thrown into the wild, another piece of the partial picture is painted for people on both sides of that metaphorical veil.

I started writing The Newsprint on December 14, 2013. In that time, my interests have clearly seasonalized. I started writing about Apple apps and technology buzz like many other people. I then ventured into the world of product reviews, pens and paper, travel photography and product photography.

It occurred to me recently that in this 10 months, I have yet to truly introduce myself. It’s hard to take someone seriously if you don’t have any idea of who they are.

And perhaps this is a cover, or a metaphorical use, for that thin veil mentioned earlier; by exposing our true selves, we open ourselves up to Imposter Syndrome and the inevitable feeling of not being good enough to throw our thoughts, ideas, and photographs into the wild.

So, with that said, I wanted to say hello — a true hello — for the first time. As The Newsprint grows and as I try new things, I want everyone to know there is a very average human being on the other side of this screen who merely hopes to impress you for about 30 to 90 seconds once a week. Here goes. 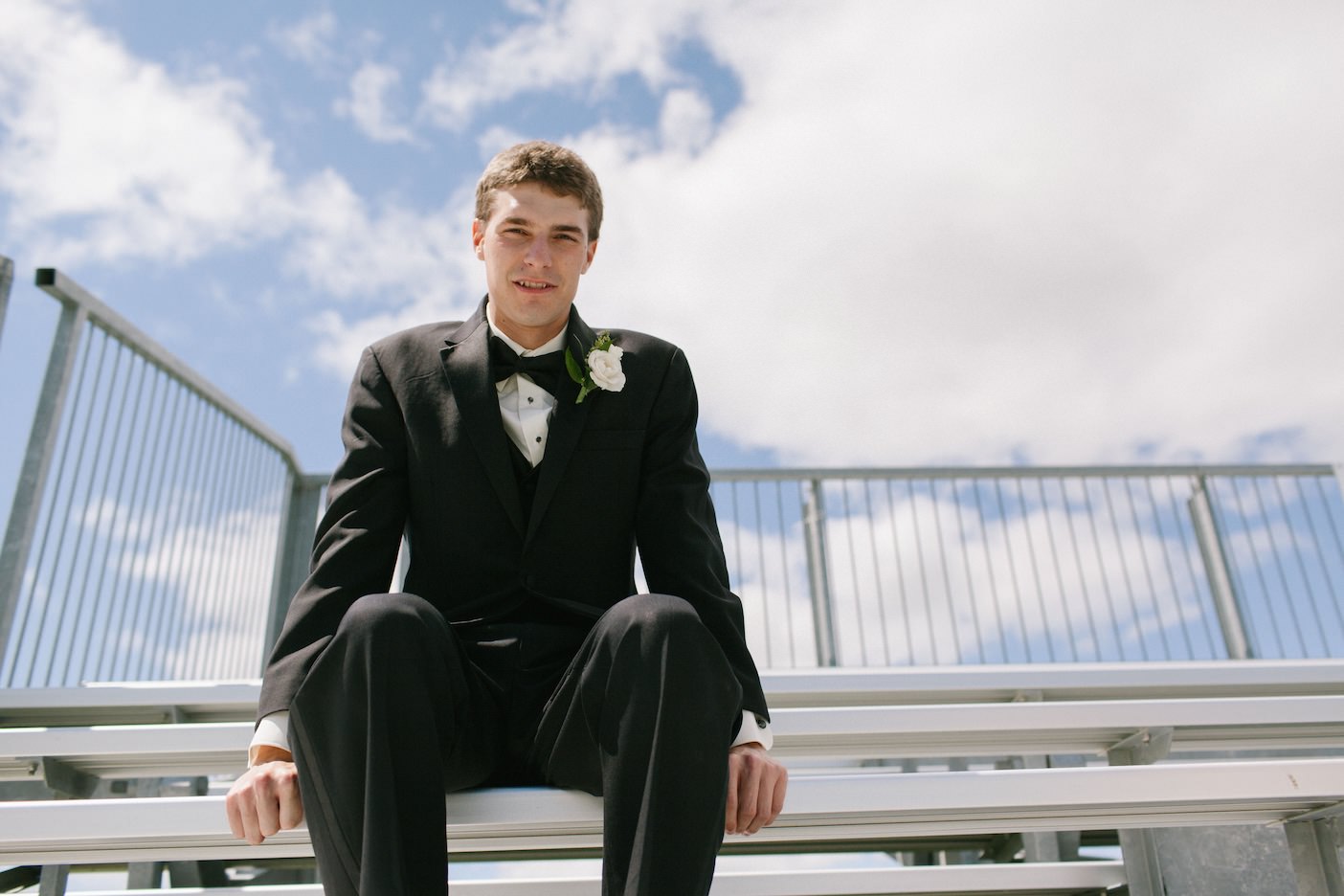 Hello everyone! My name is Josh Ginter. I’m 23 years old and live in the small city of Winkler, Manitoba, Canada. I stand somewhere around the six foot mark and weigh nothing more than I did the day I started high school. I come from a family of six and have lived my entire life in Southern Manitoba. 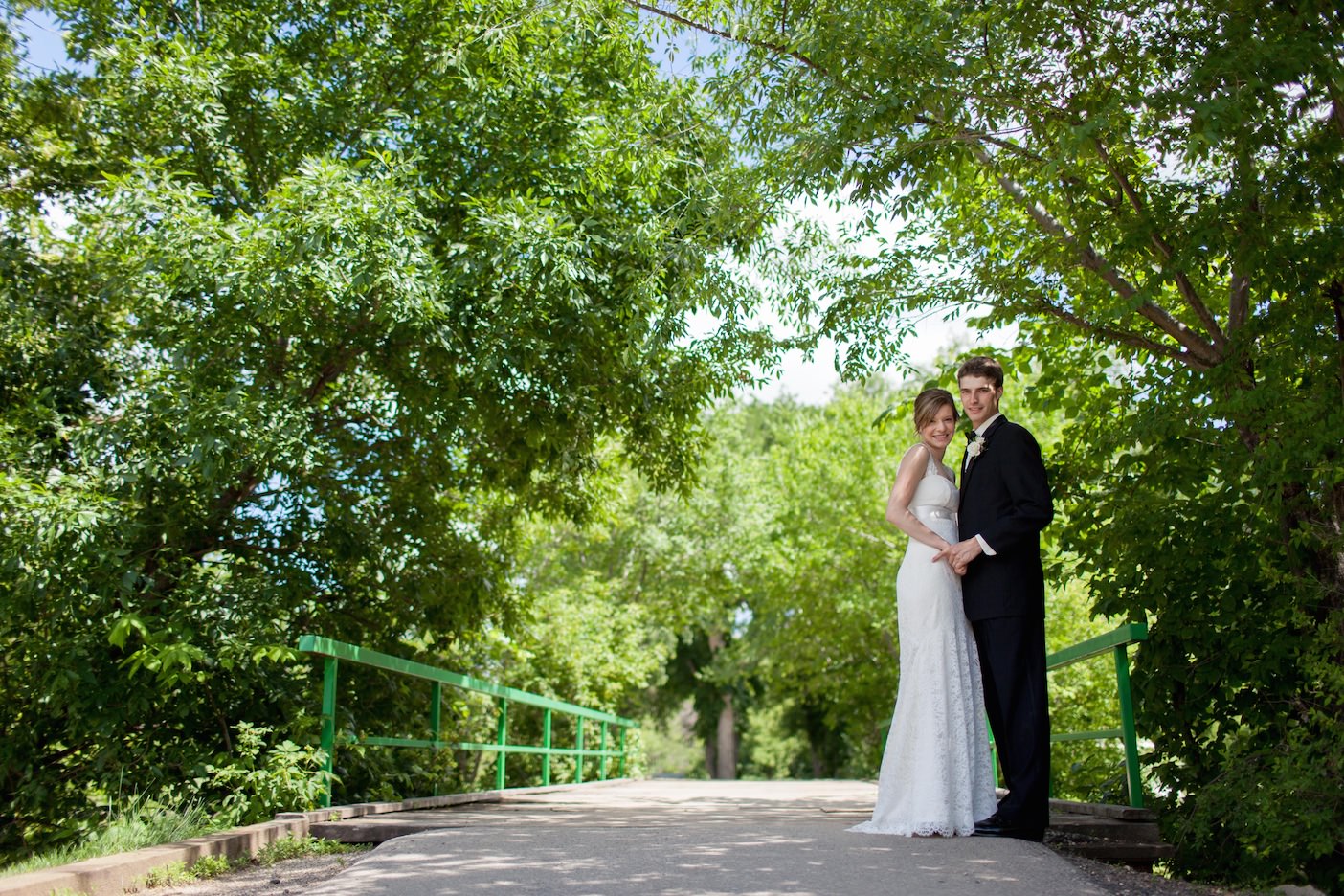 In the summer of 2013, I married my beautiful wife Jaclyn. We met very shortly after high school and dated for four years before taking the plunge. We married at a very young age, which is completely normal in the unique part of the world where we live. I wouldn’t trade married life for anything — this last year and a half has been the most awesome time period of my life by far.

My wife is in the midst of her last year of a five year degree at the University of Manitoba. She wants to be a dietitian, which means I’m going to continue to weigh nothing more than I did the day I started high school. Jaclyn is a very driven lady and is an incredibly hard worker. Soon she’ll start up the designation portion of her career path and will hopefully be a designated dietitian within two years. I’m pretty proud of her.

Also turns out that that’s a hard business to make money in.

Therefore, I got a job at the local credit union and became immensely interested in money, finances and business. Today, I find myself working at an accounting firm and recently entered the Chartered Professional Accountant’s Association prepatory education program. My current educational goal is to become a designated accountant sometime in the next five years. We’ll talk in five years to see how I’ve done.

As is probably clear, I enjoy writing and photography. I have always loved the idea of making people smile by expressing thoughts in words. Most recently, the idea of capturing a moment in a photograph is inspiring and I rarely leave the house without a camera of some kind. The Newsprint is one avenue where I am able to show off the stuff I create and, so far, lots of people have come around to take a look.

My interests float around depending on the season I find myself in. I love golfing in the summer even though I am a terrible golfer. There’s nothing better than riding around on a golf cart on a beautiful summer morning and smashing a ball into the water. It often reminds me that life must be really good to hit dimpled round objects into a lake from time to time. 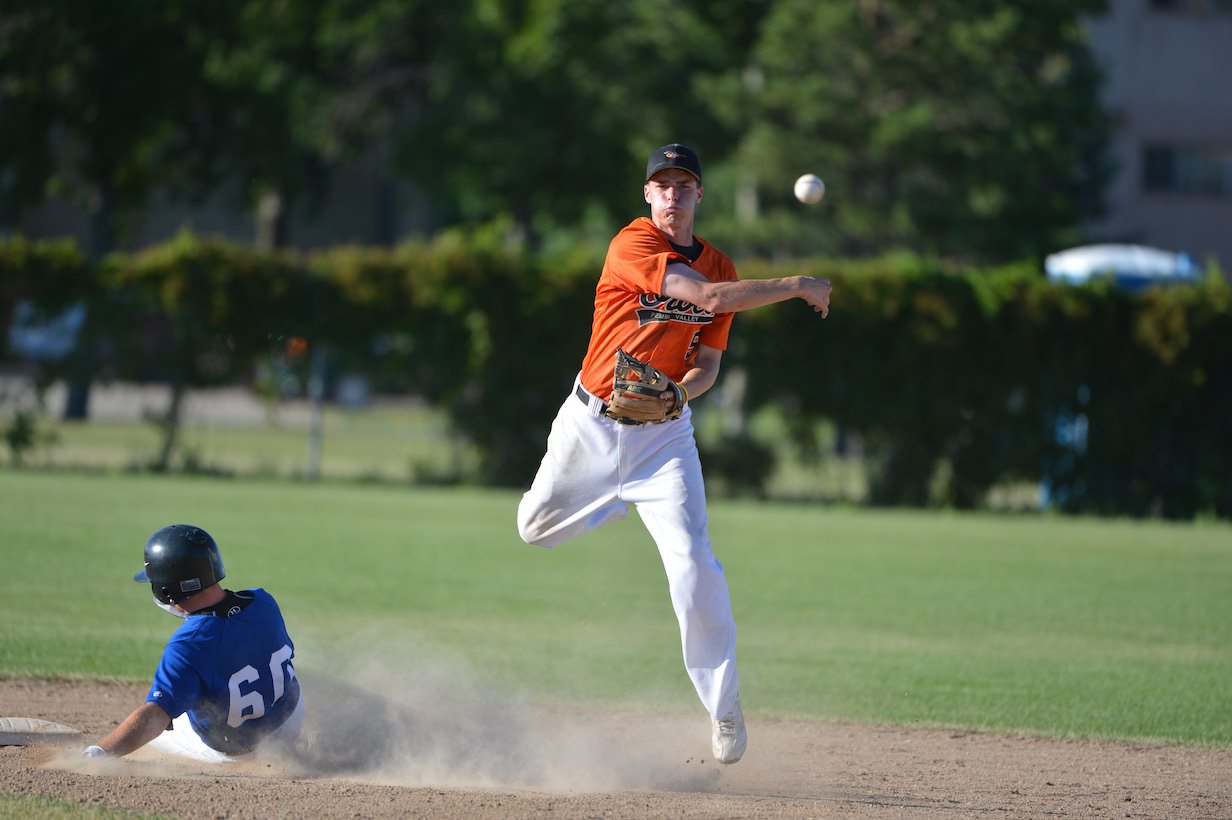 I also love baseball in the summer. As a kid, I played lots of baseball and travelled to almost every province in Canada to play the game. I once got a chance to play in front of Team Canada’s scouts for the national junior team. Evidently, I was never called to play, but one of my friends from my hometown had the chance to play on the national team. He was and is an incredible pitcher and I’m glad he always pitched on my team — I faced him once and he struck me out easily. 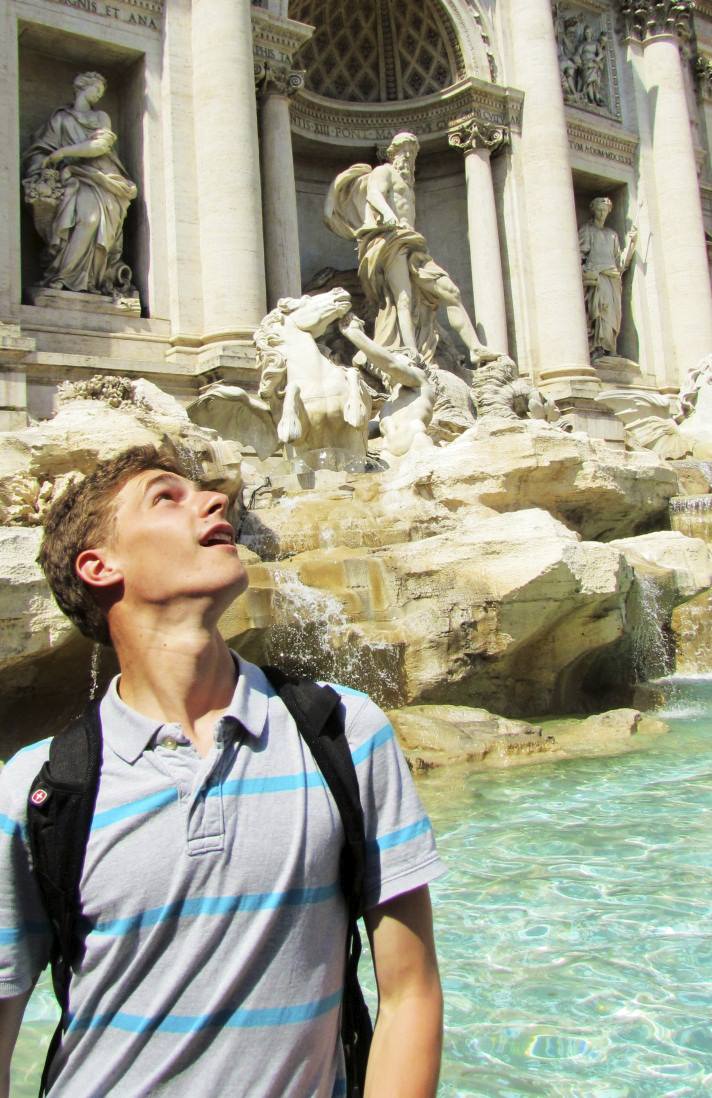 Summer is also a great time to travel and, when finances allow, I love gallivanting around the world. I’ve been to Europe twice since I graduated high school in 2009 and I’ve been to New York twice with Jaclyn. Although Paris stinks and Parisians are unfriendly hosts, I adore the history of the city. Paris is my favourite European city that I’ve visited, but I haven’t visited enough of them to claim it’s the best city. Hopefully another trip is just around the corner.

During the winter, I played lots of hockey as a kid growing up. I was never a very good player though, so I became a hockey official at the tender age of 13. I have grown as a referee and officiate some elite levels of hockey today. Officiating is my third job in the winter months and it’s a really fun way of staying in the game.

My favourite officiating memory was when I stepped on the ice at the first Winnipeg Jets training camp and dropped the puck for Nikolai Antropov and Andrew Ladd. I’ll never get any closer to the show than that opportunity and that memory will stick with me forever.

Lastly, I’ve been a student for as long as I can remember and I love going to school. I spent nine months without any courses between finishing my degree and the program I now find myself in. During that time, I was miserable. I love learning new things, applying random concepts to random events, and thinking outside the box. Accountancy is an entirely different type of learning than history, so I’ve had a bit of an adjustment to make. But I love the analytical nature of accountancy and I like the thought of making sound decisions with sound data and sound ideas.

I’ve listed stuff about me, but I have yet to truly dig into who I am. Maybe I can touch on a few things that make me tick. 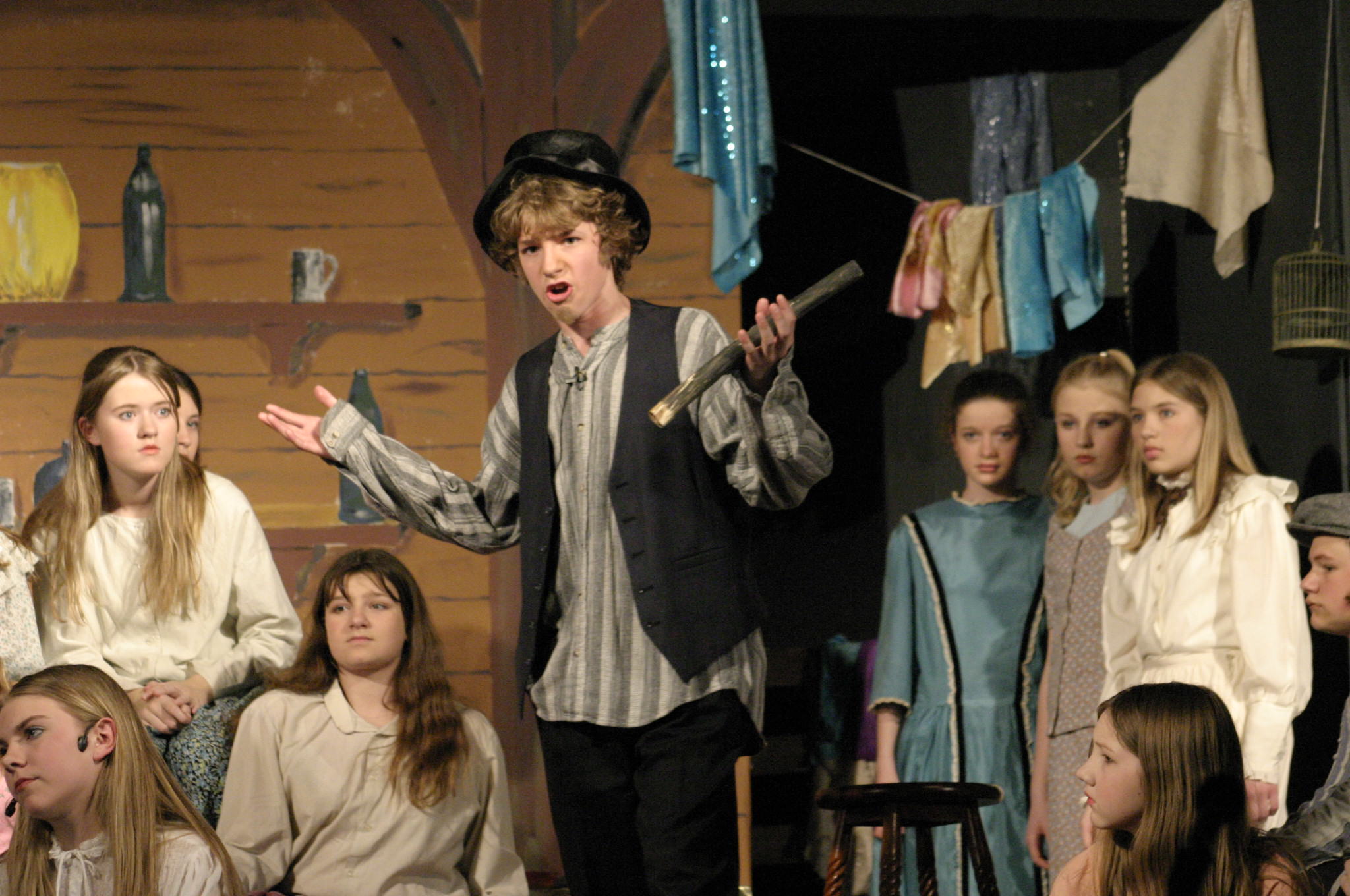 I hope this piece says a little about who I am and where I come from. Transparency often gets taken advantage of these days, but it also creates a firm rock on which to stand. This piece is meant to be a more personal piece. Hopefully I didn’t turn too many people off.

This piece also acts as a bit of a personal creed. I’ve been working three nearly-full-time jobs as of late and I needed to take a step back to realize where I was and where I came from. Defining who I am in words, admitting weaknesses, and setting goals has allowed me to become focused again before jumping back into the mix.

I also have no doubt that this piece isn’t overly exciting. But let’s get real here: I find it hard to believe that everybody’s Facebook persona is their true self. Nobody’s life is perfect all the time. Nobody is so utterly exciting that their trips to the bathroom deserve gold plaques and professional photographers.

With all that said, it was a very great opportunity to introduce myself to you. If you feel like reaching out and saying hi, here’s my email address: josh@thenewsprint.co. I would love to get to know others who like to write online. If you write an introduction of yourself, send it my way.

It’s been a pleasure.