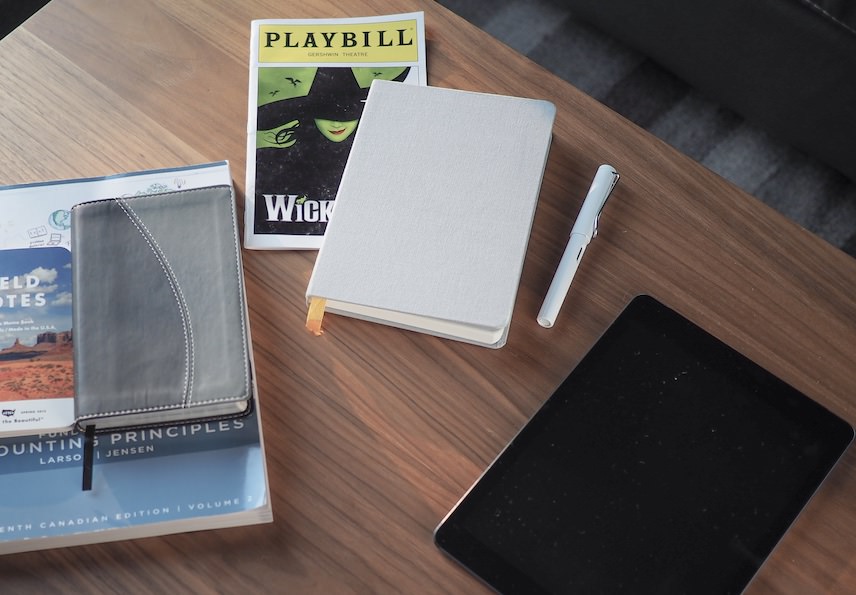 I’m really, really late to the Baron Fig Confidant party. The Baron Fig Kickstarter campaign ended at the beginning of October 2013 and I only picked up my first Confidant three weeks ago.

I don’t know what I was waiting for. 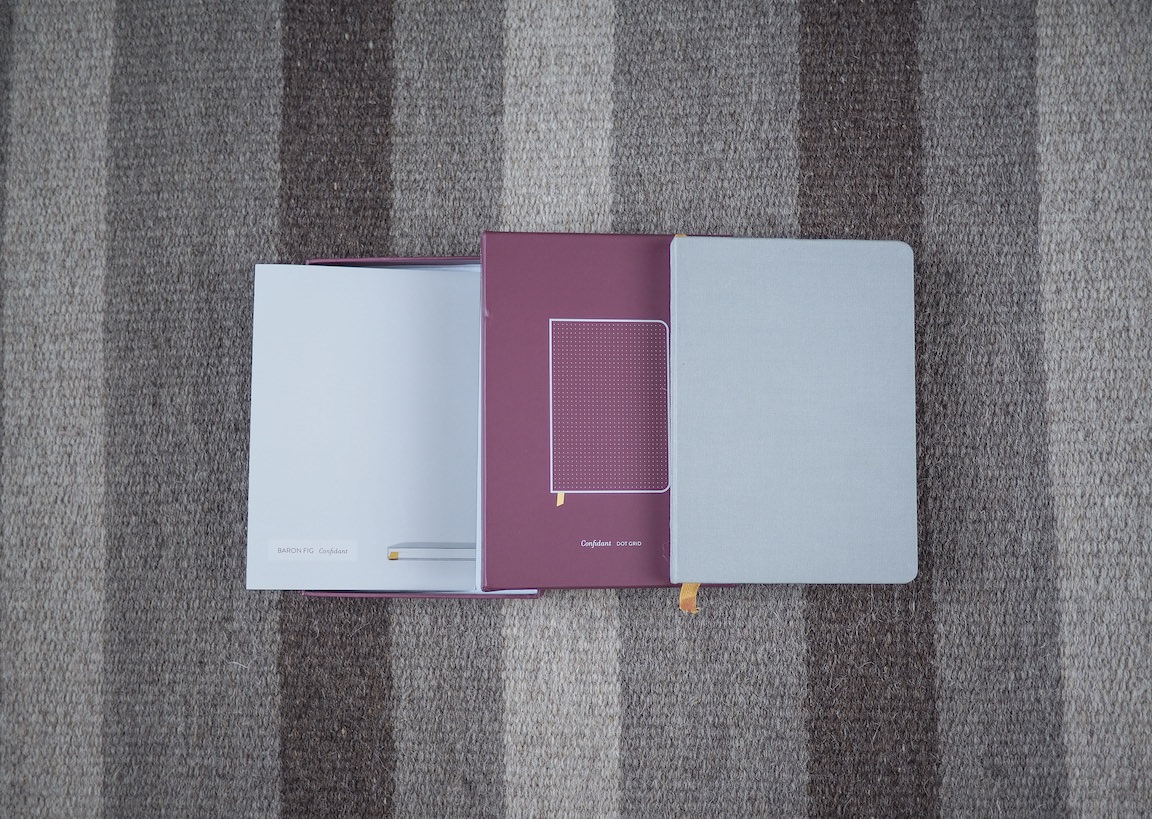 The Baron Fig team didn’t leave any details unaccounted for. The Confidant’s packaging is the best packaging I’ve seen for any stationery product. The box is elegant, emblematic of the Confidant’s persona and battle-ready. 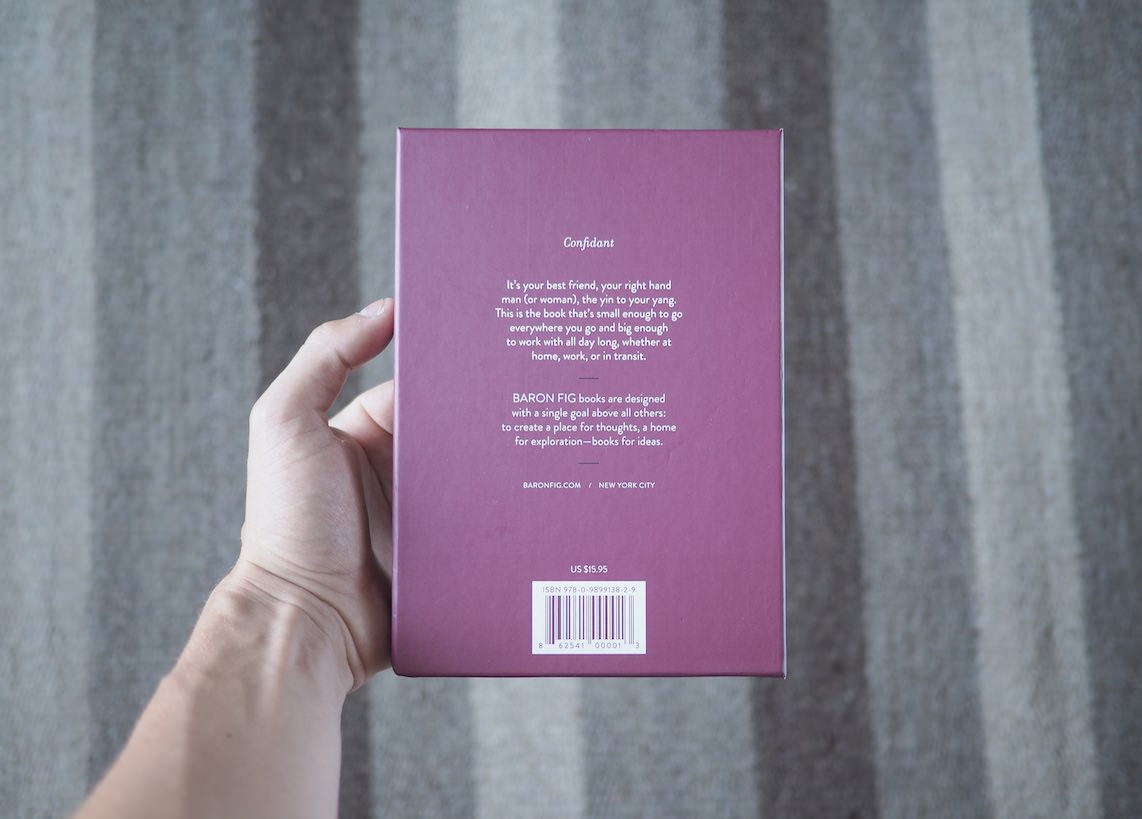 Moreover, the Baron Fig team is very specific in letting their customers know their openness and receptiveness for improvement. The box has a humanist element that goes a long way in making the right first impression.

The Confidant has been purposely sized to resemble an iPad mini. I was pleasantly caught off guard when I pulled the Confidant out of the box — it was much smaller than I originally expected. 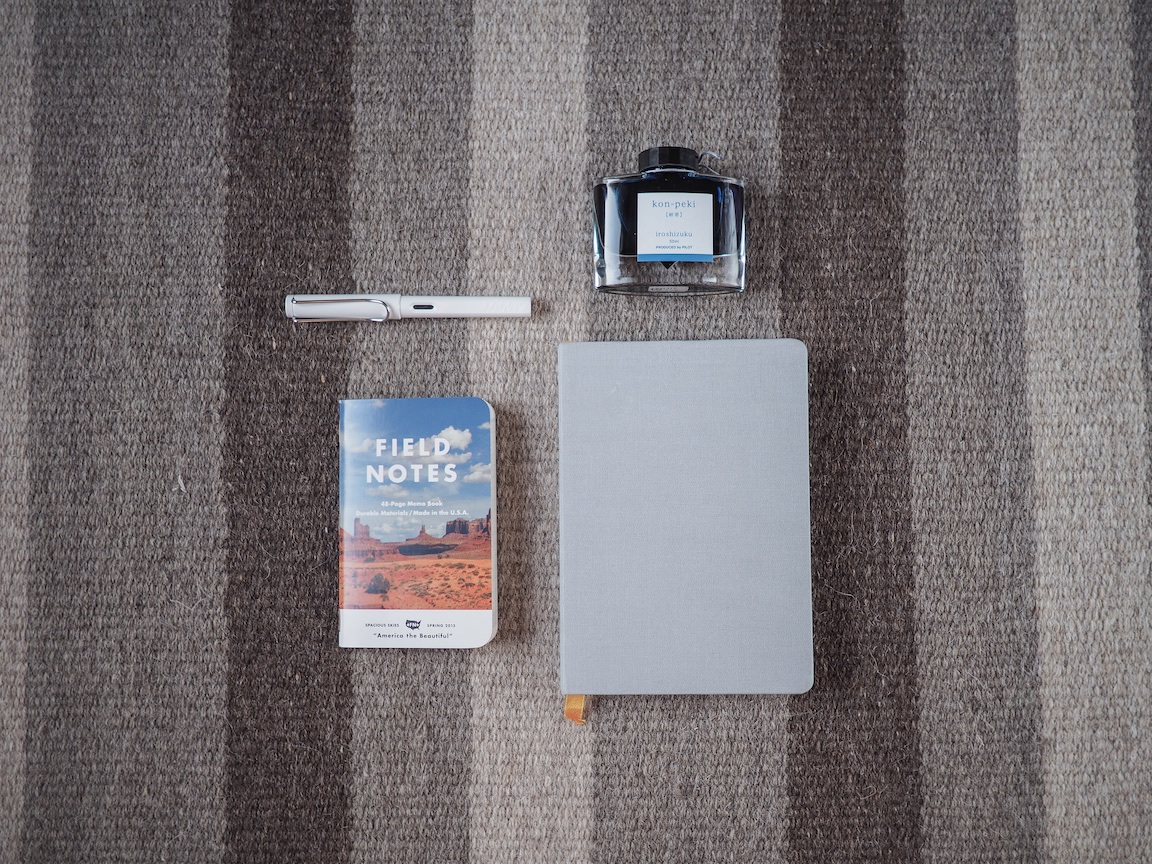 The Baron Fig Confidant hasn’t left my side in the last three weeks. I received the book just prior to leaving for New York and I was instantly impressed with the Confidant’s ruggedness.

In fact, that’s where I feel the Confidant truly excels. Sure, it was created with creatives and artists in mind. But the Confidant’s build quality, design and price all line up to create the ultimate, everyday notebook.[1] 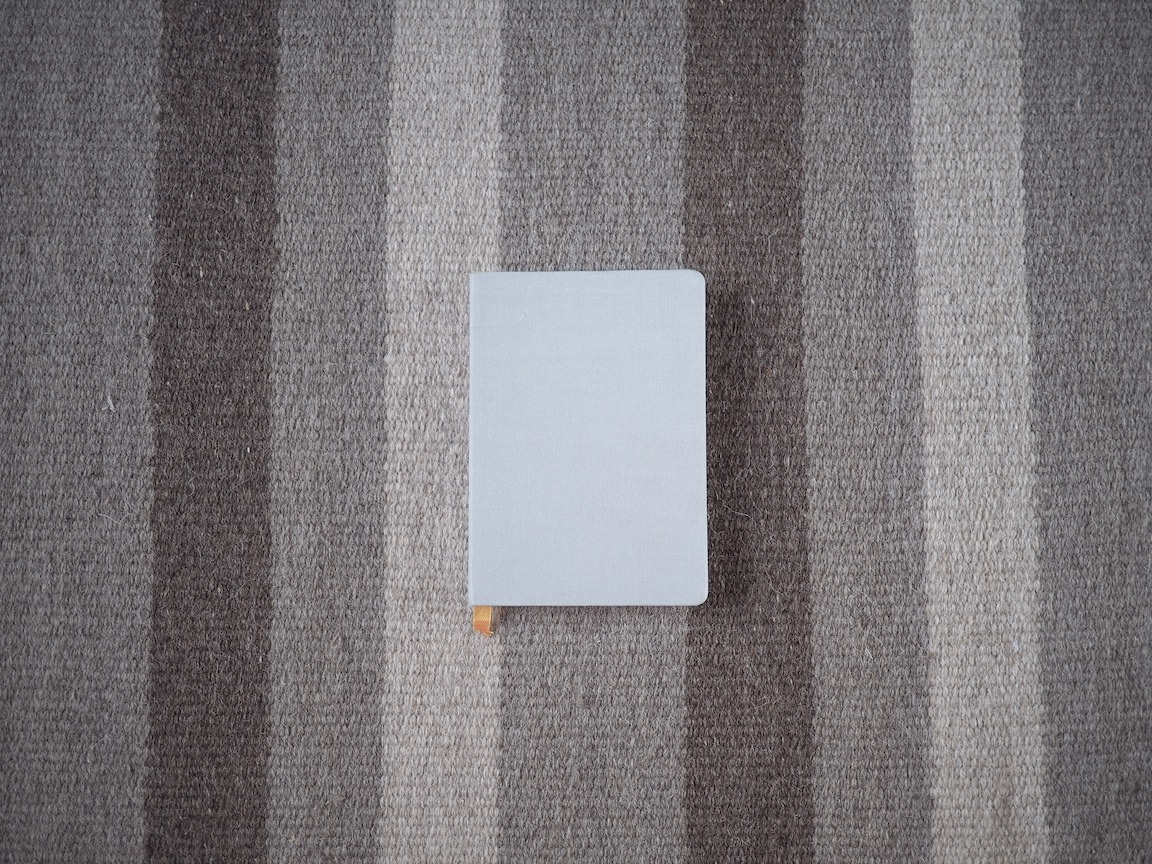 To avoid any initial confusion, the Confidant has very few customization options out of the gate. You get to choose the type of ruling on the 100 GSM paper and that’s it. 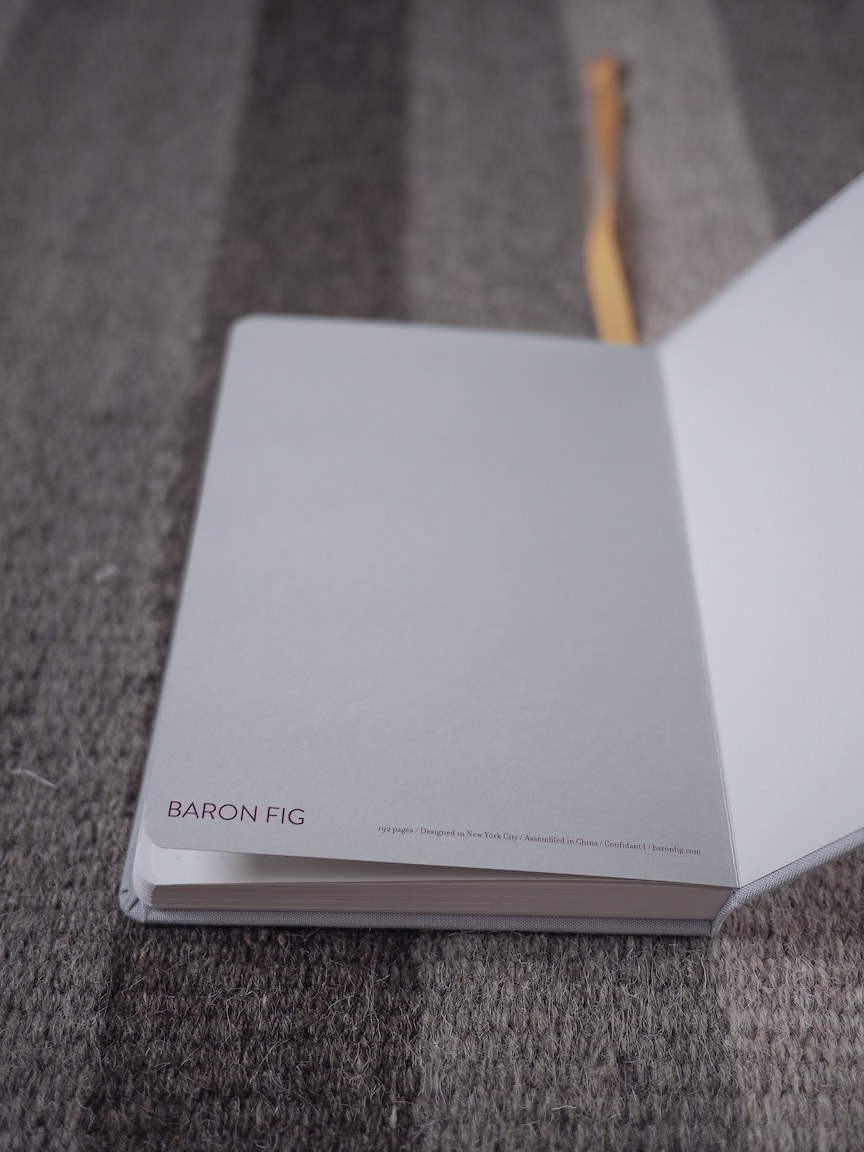 Good thing the design of the Confidant is as good as it gets. The fine folks in New York City have given the Confidant a grey fabric cover that is durable and tough. The grey fabric is also nostalgic in nature — kind of like a Moleskine-nostalgia but with a little less sophistication. I feel like throwing my Confidant around, whereas my Moleskine books stay neatly tucked away on my shelves. 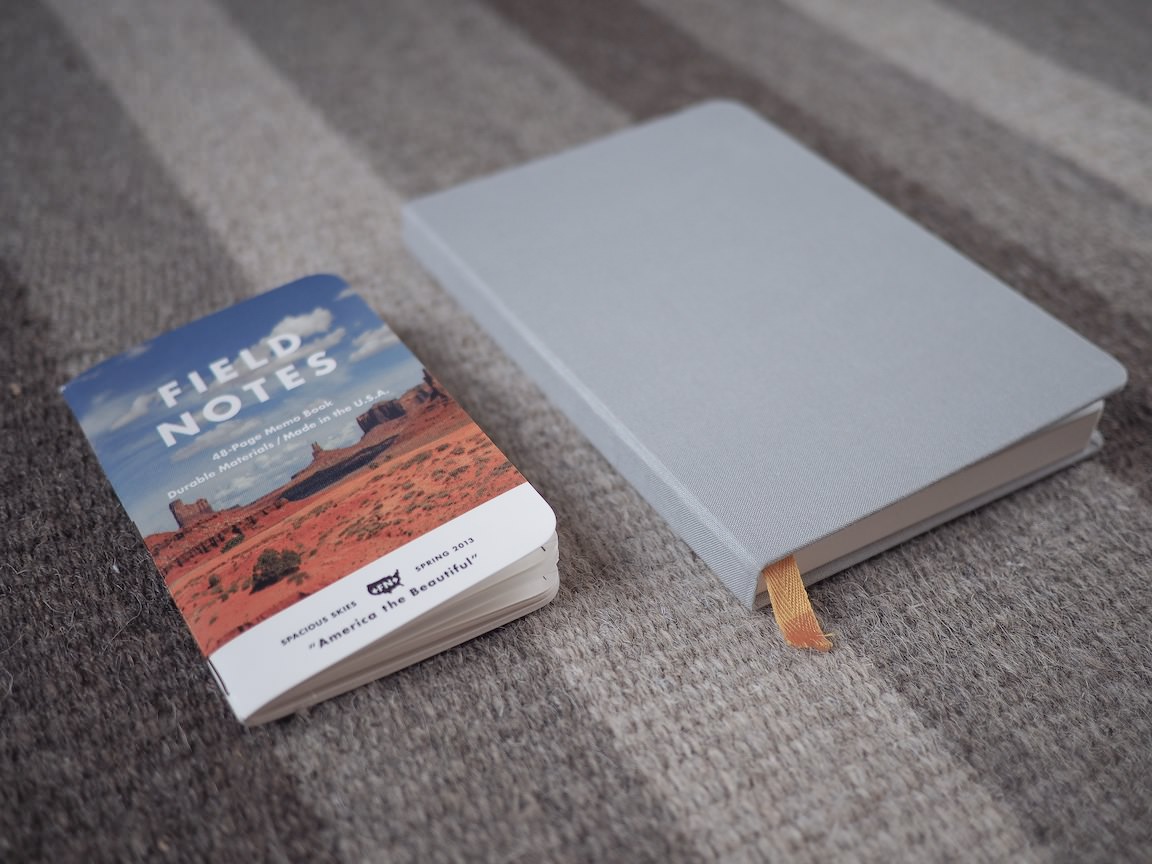 I currently carry around as many as four notebooks in my messenger bag. A little overkill perhaps, but hear me out. I carry a standard Field Notes book everywhere and it acts as my thoughts and ideas journal. I carry around both Arts and Sciences books as well — the Sciences book is used for office notes and to-do lists while the Arts book houses my notes and outlines for Newsprint articles. Lastly, the Confidant travels along as my daily scheduler. I could leave the Confidant at home, but I prefer to have my daily tasks and goals with me to track my progress. 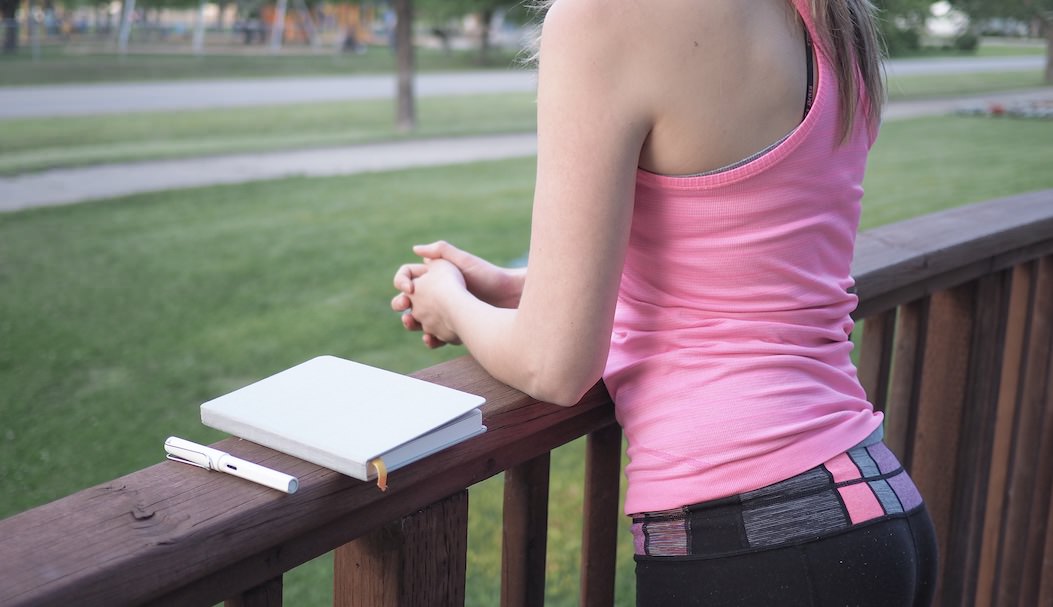 Baron Fig’s Idea Series is really worth looking at if you’re curious about Confidant use-cases. It really is an everyday, everywhere kind of notebook. And at $15, you’d be hardpressed to find a book that yearns to be battered and bruised more than a Confidant. 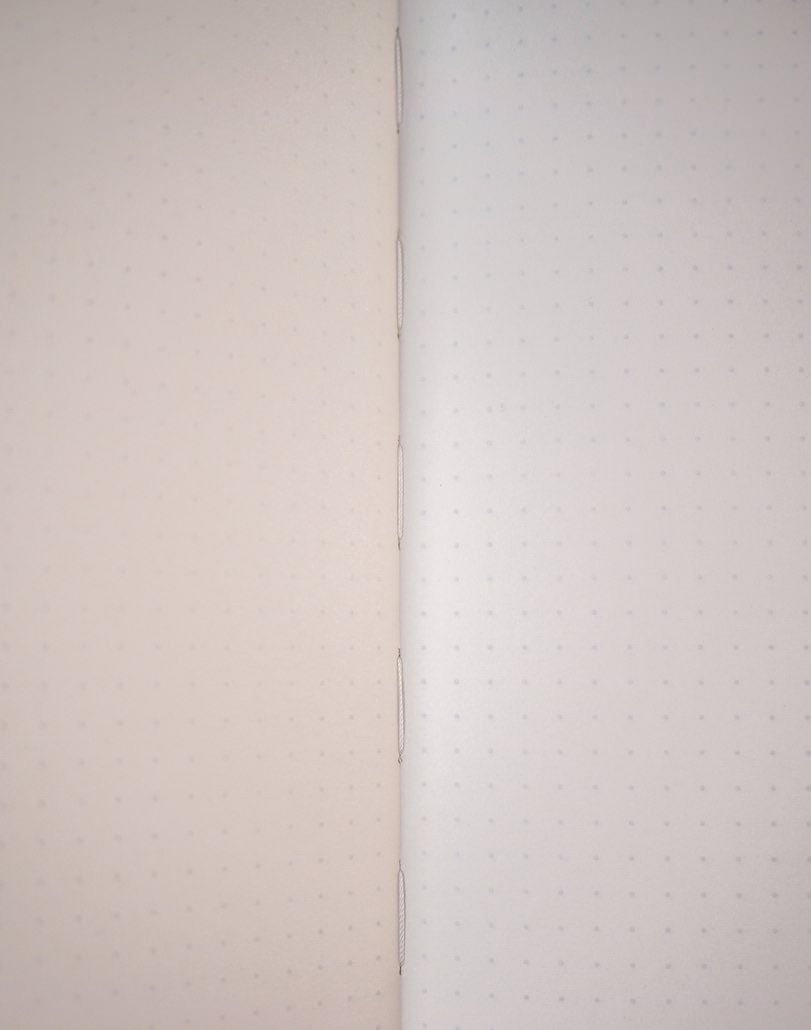 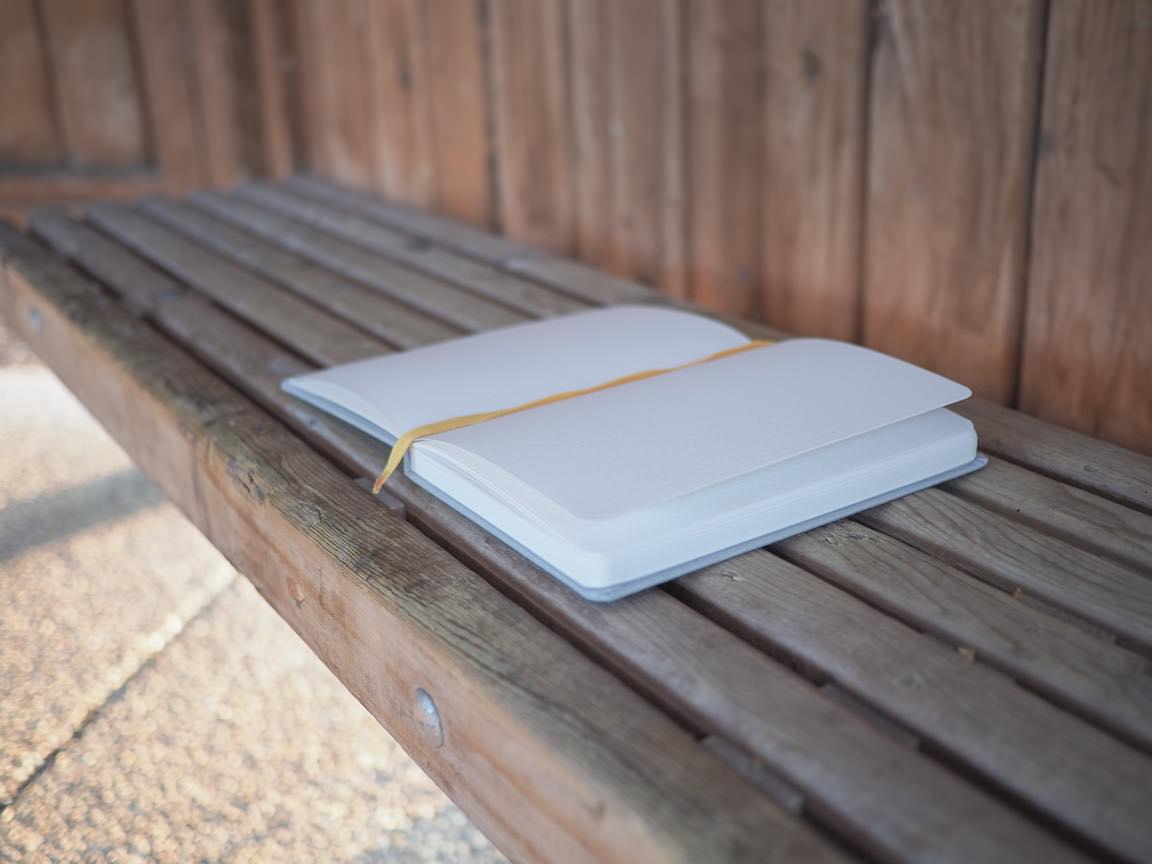 The Confidant is bound in signatures which allow the book to lay flat at any place. I’ve found that opening the book over and over to a specific page really maximizes the Confidant’s lay-flat feature. When opened multiple times at the same spot, the Confidant’s binding does begin to feel flimsy and tearable, but I wouldn’t fret. Again, this book wants to be used. 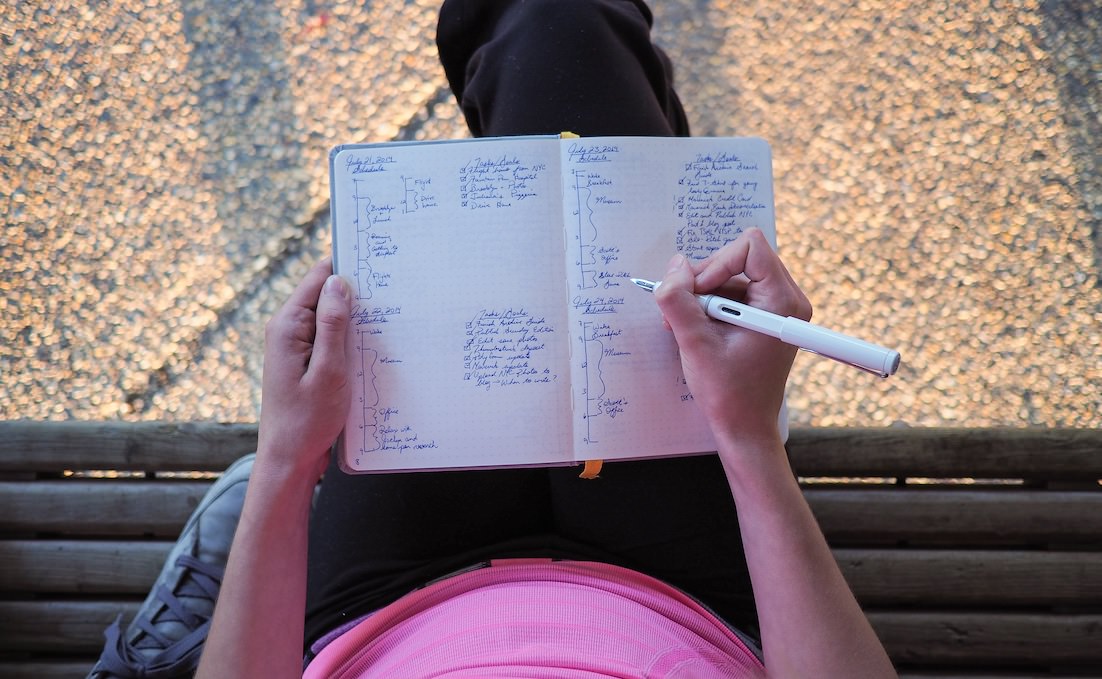 Prior to the Confidant, I always compared papers to Moleskine’s offerings because Moleskine paper was the only half-decent paper I had kicking around the house. The Confidant puts the Moleskine to shame. Fountain pens write smooth and don’t feather or bleed. I don’t think I’ll ever use a non-fountain pen in this book. 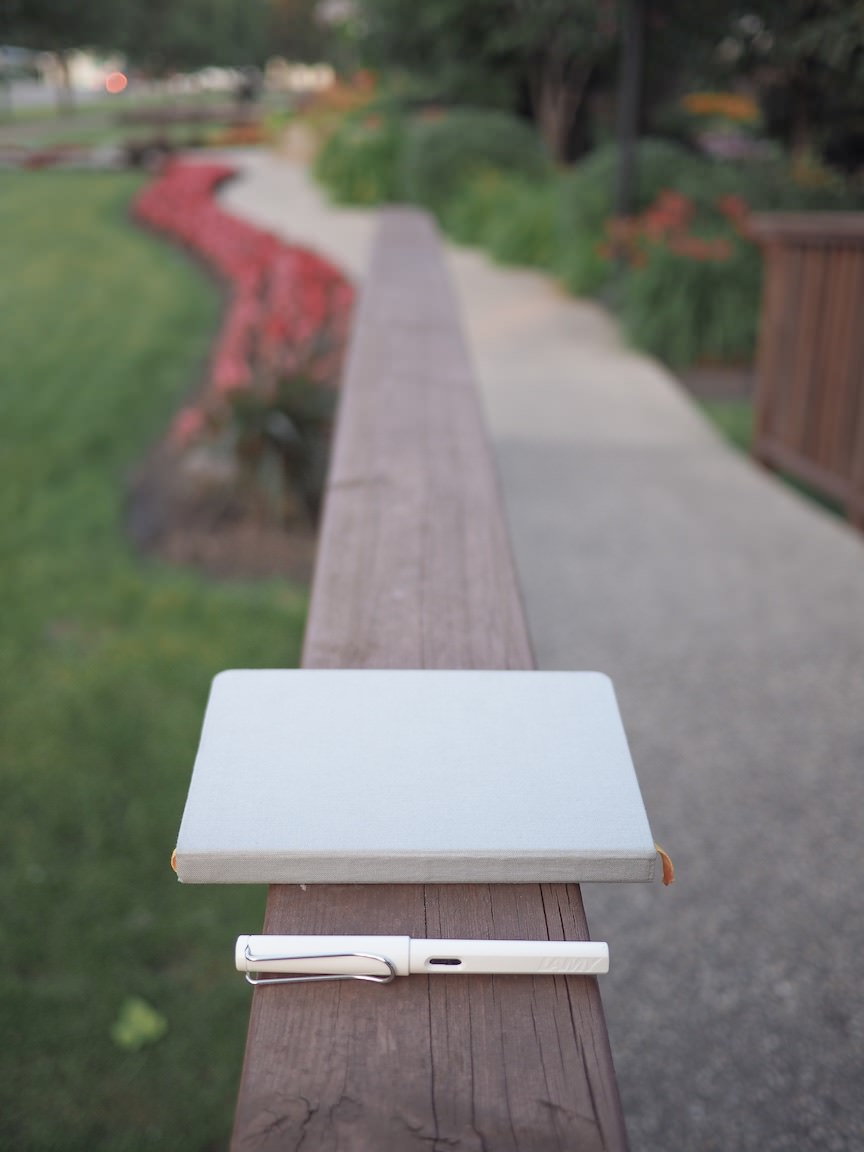 There have been two major complaints with the Confidant to date, both of which I’ve been able to overcome or ignore. 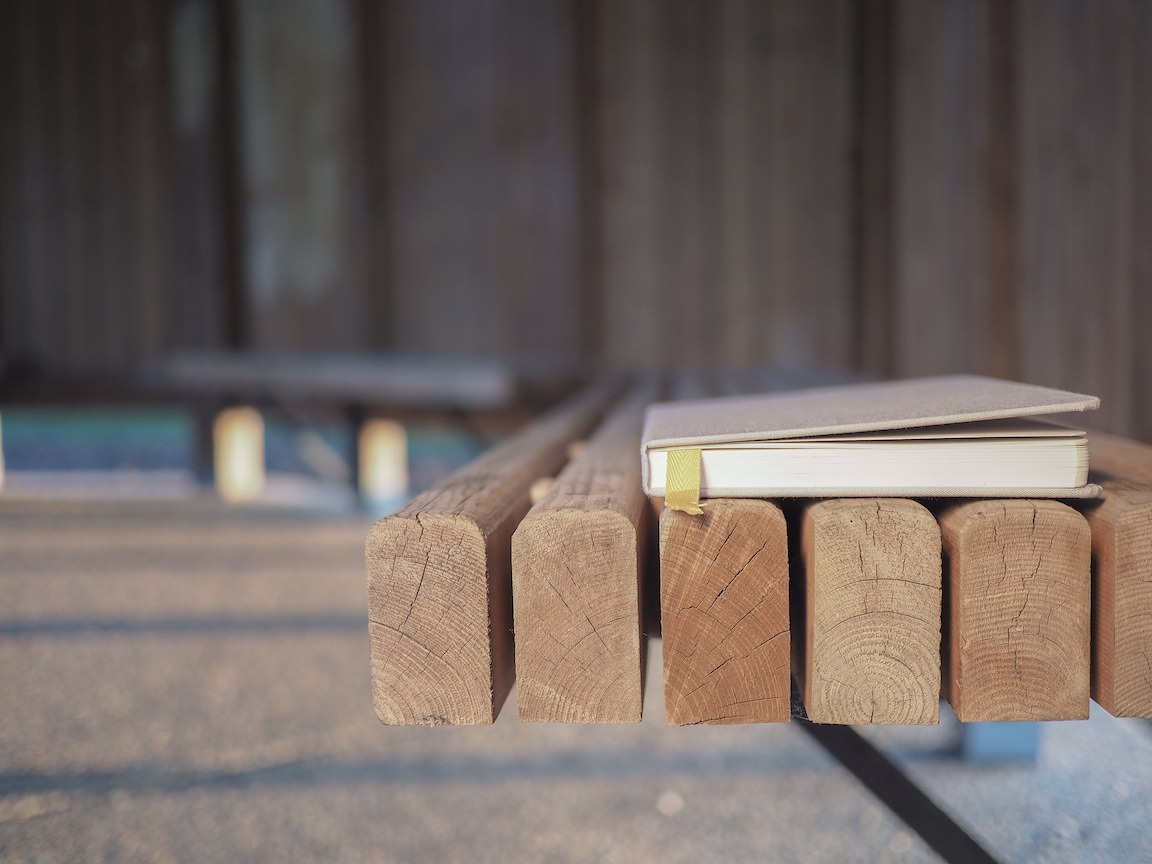 Once the Confidant has been cracked open for the first time, the cover no longer lays flat. Some people have complained about round pens rolling off the Confidant and onto the floor. Others have expressed their discontent with such an obvious flaw. 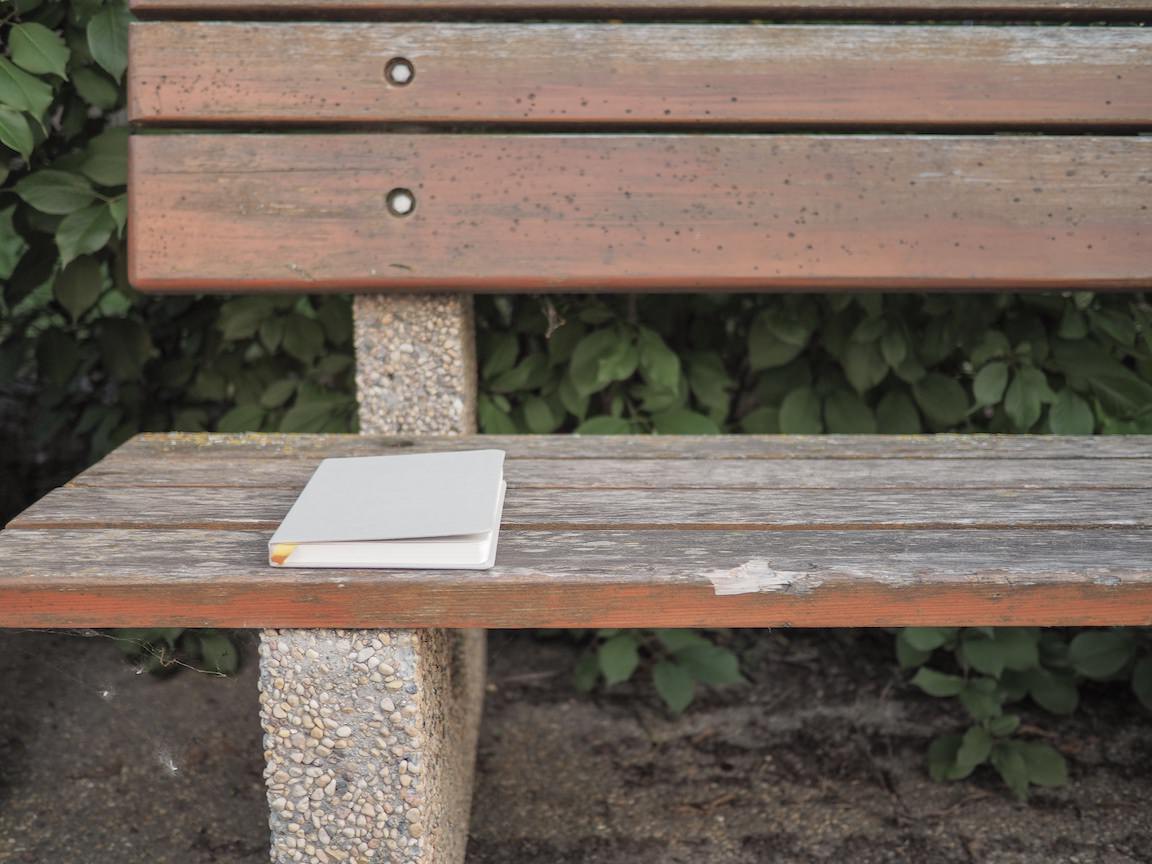 If anything, this little flaw adds more character to the Confidant. It wants to be used so badly that its cover can’t stay closed. Seeing the cover open has become a reminder to venture back into the book and record another task or thought. Baron Fig’s team is known for being receptive to customer requests and they have mentioned that this uncloseable cover is one of the fixes coming in a future update. If I had it my way, I’d tell them to leave the cover as it is. 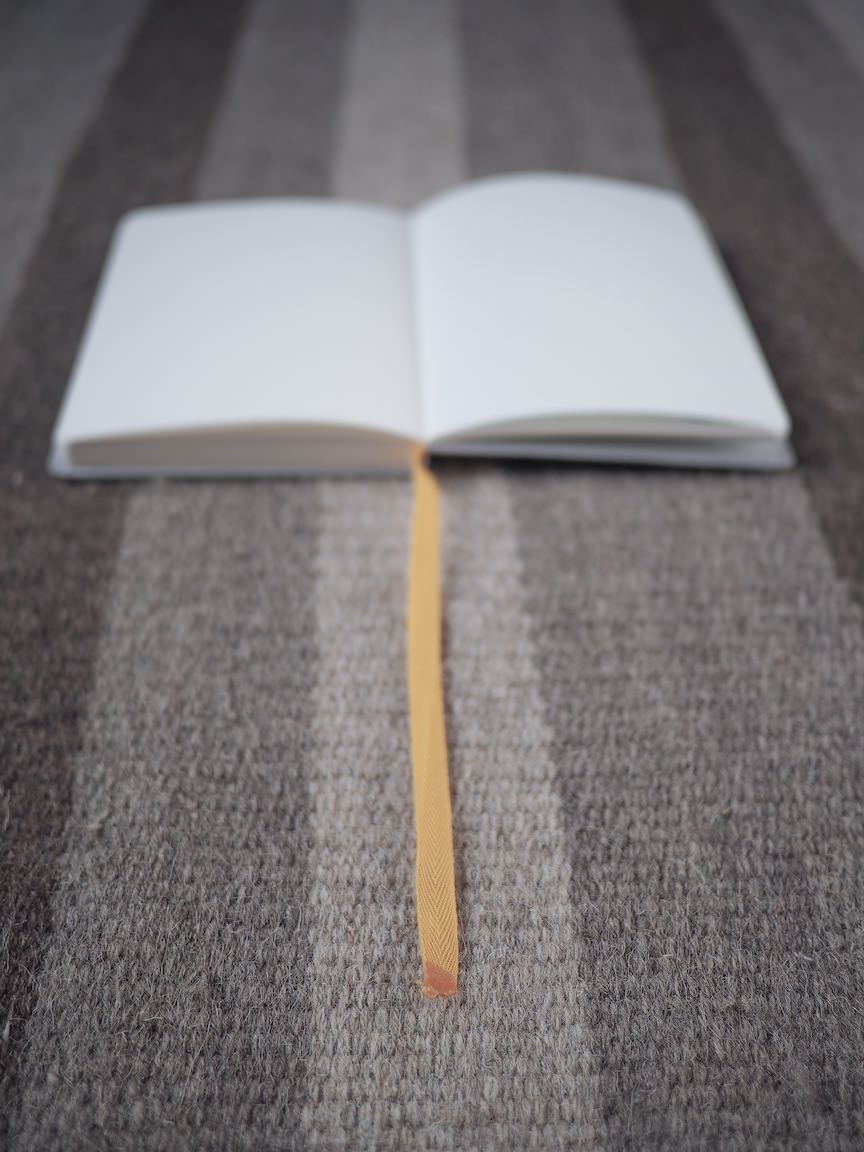 Secondly, and actually annoying, is the Confidant’s notorious yellow ribbon. As everyone else has noted already, the yellow ribbon looks awesome and adds immense flair to the notebook, but is also vulnerable to fraying. I used my Confidant for a total of two days before the longest threads started to leave the main ribbon body. I’m sure Baron Fig has this starred, bolded and italicized on the top of their to-do list.

To avoid further fraying, I employed a tactic introduced by Doug Lane over at The Modern Stationer. Doug recommended using Fray Check to eliminate the Confidant’s terrible ribbon flaw. Instead of Fray Check, I dipped the end of my ribbon into hot candle wax. The only candle I had around the house was a pumpkin-aroma candle, so my bag smelled like those delicious pumpkin pies we all eat at the end of October. The smell has largely faded away, but the wax has held its own and has eliminated any further fraying. 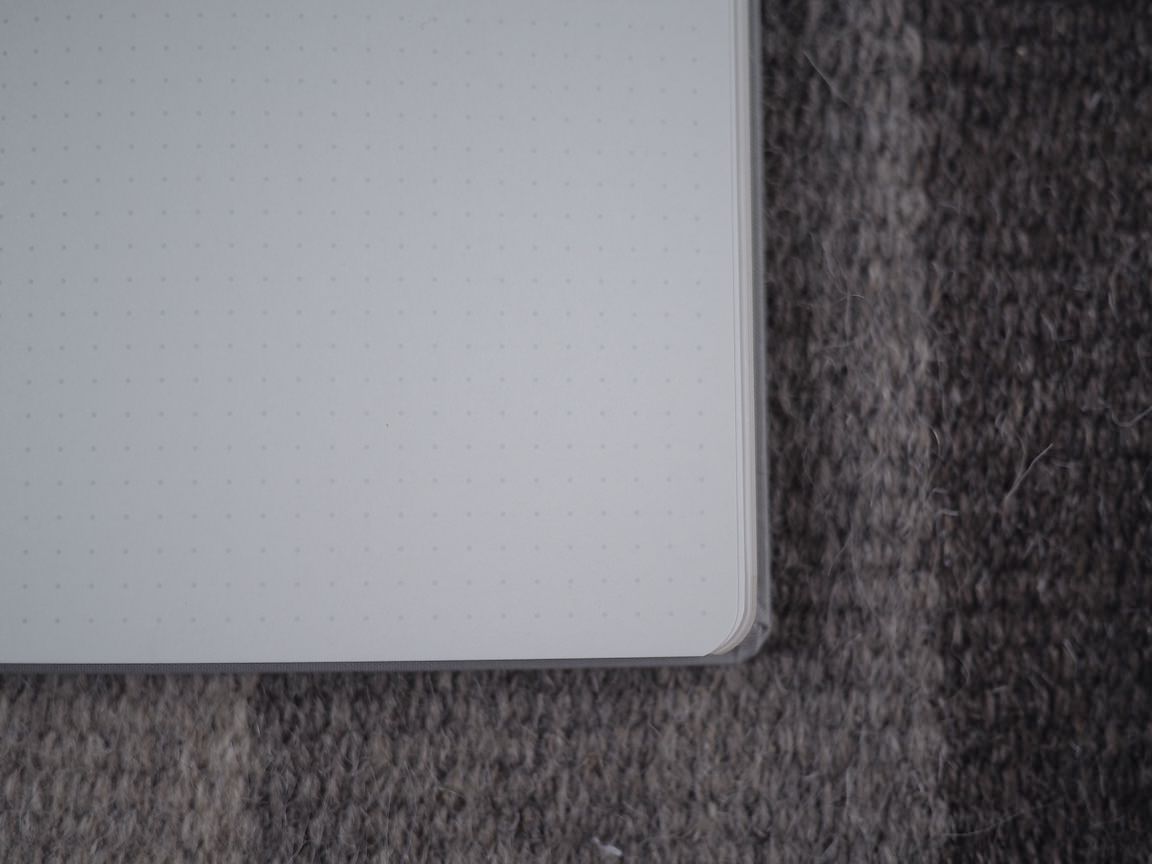 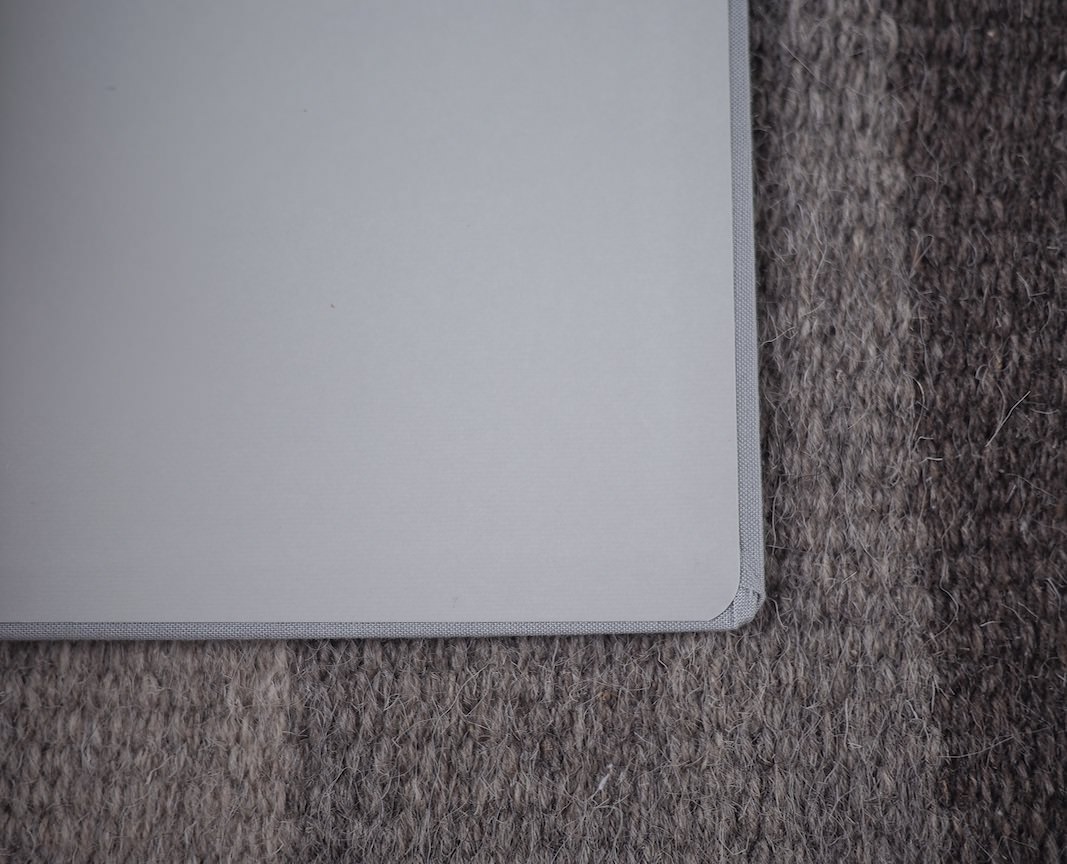 The Confidant’s covers feel like heavy cardboard wrapped in grey fabric. The corners haven’t been rounded to the extreme precision we have come to love in Field Notes books, but it’s truly hard to notice. If you’re not happy with the corner cut, I think you’re looking for a reason to nitpick. 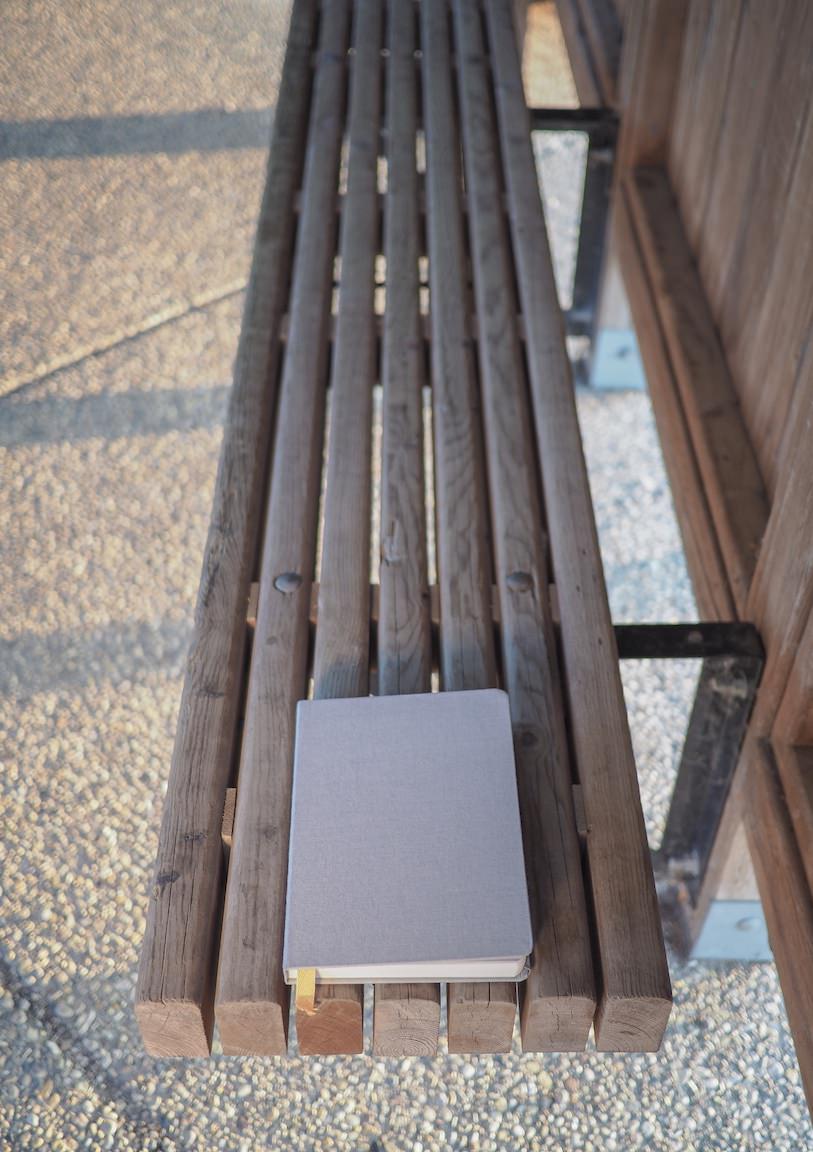 Capturing the essence of the Baron Fig Confidant is one of the most difficult things I’ve ever written about. When my wife and I were brainstorming for ideas and themes for the review’s photography, we couldn’t exactly come to grips with what exactly the Confidant represents. Field Notes books are easy to decipher. Moleskine notebooks aim for a sophistication that is pretty simple to capture. 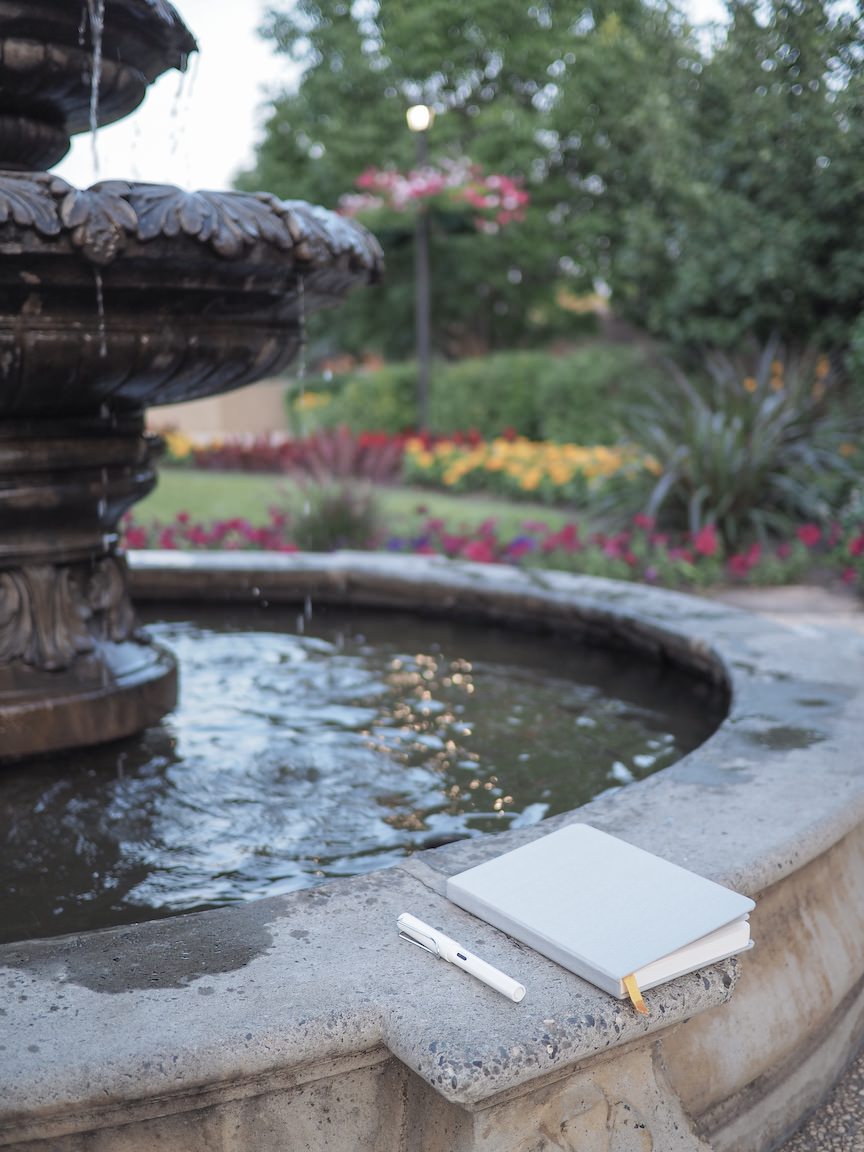 The Confidant lies somewhere in between a Moleskine and a Field Notes book. The Confidant imbues excellence, charm, nostalgia and elegance, yet clearly covets the hard-run, heavy-pounding of everyday life. The Confidant’s paper is as good as it gets for this cheap of a notebook and the fact that it is so fountain pen friendly is a great plus-side.

I haven’t been as giddy about a notebook since I cracked open my very first set of Drink Locals. The Baron Fig Confidant became a cornerstone of my messenger bag the moment I pulled it out of its beautiful packaging.

And you can guarantee I’ll be pulling it out of new packaging a few more times in the near future — this notebook should be at the top of everybody’s stationery wishlists.