This is Part 1 of a 2 part series on our short weekend trip to New York City. You can view Part 2 here.

Despite my recent obsession with pens and paper, I didn’t create The Newsprint for the sake of writing about stationery. I initially intended for The Newsprint to be a personal journal and, most recently, The Newsprint has converted into a place to showcase some photography as well. I imagine The Newsprint as a magazine full of photographic essays of great products and great experiences. This post will be part of the latter. 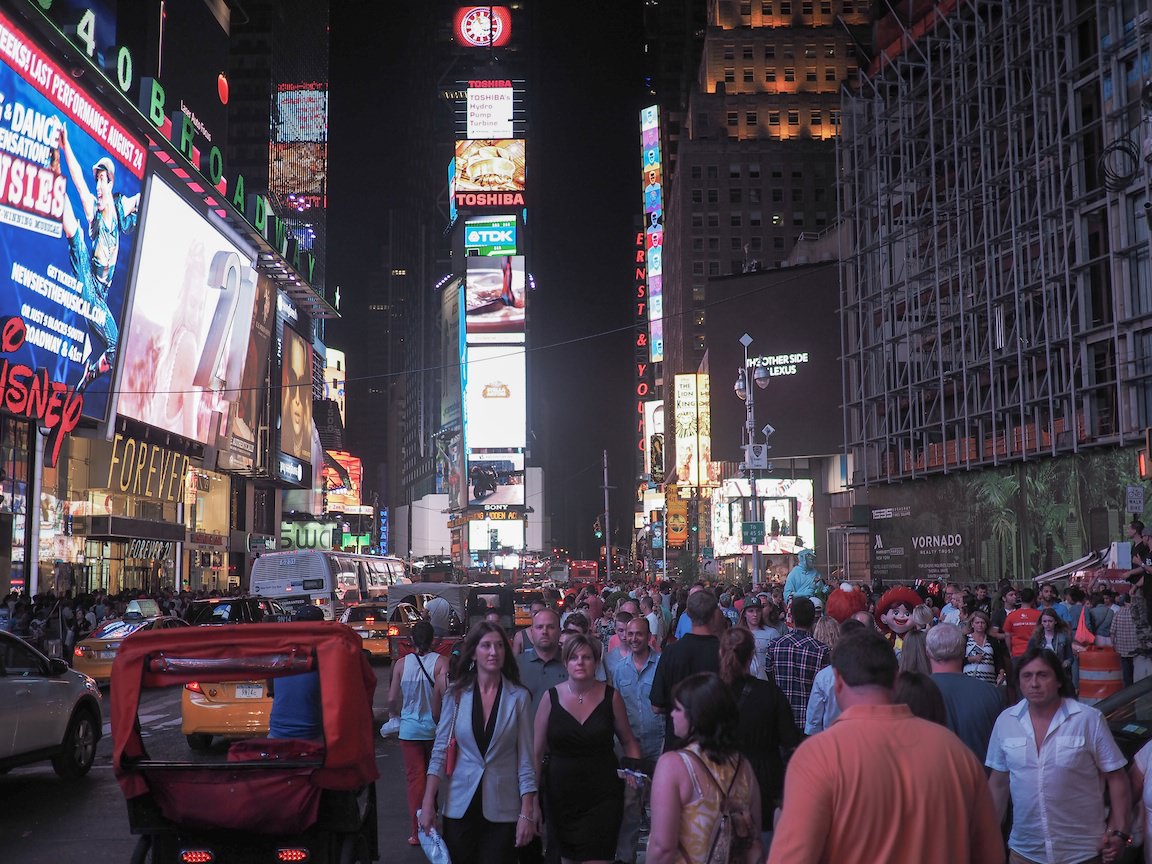 My wife and I visited New York City this past weekend to celebrate our first anniversary and to take a needed weekend off. Relaxation isn’t one of New York’s strong points however. 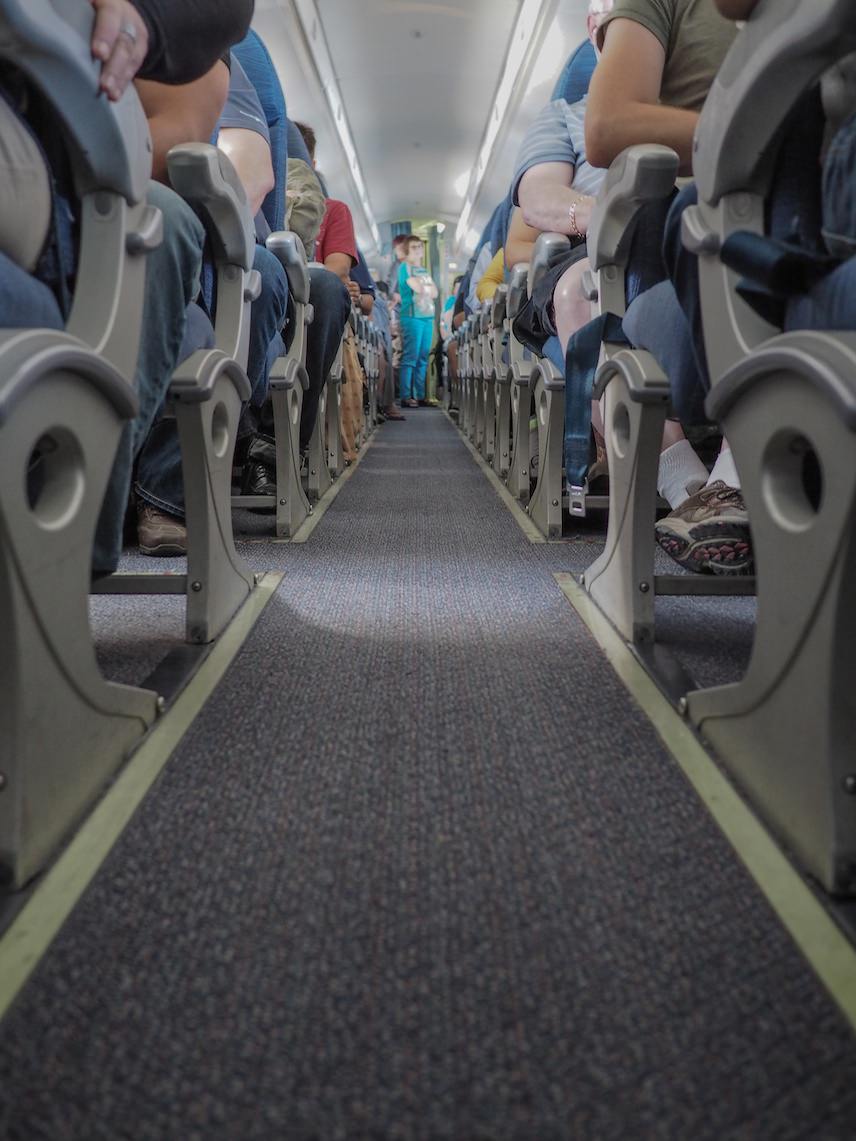 We flew Air Canada this time around and, like always, we were extremely happy. Some Canadians swear Air Canada is the worst airline in existence. I, on the other hand, have never had a poor experience. 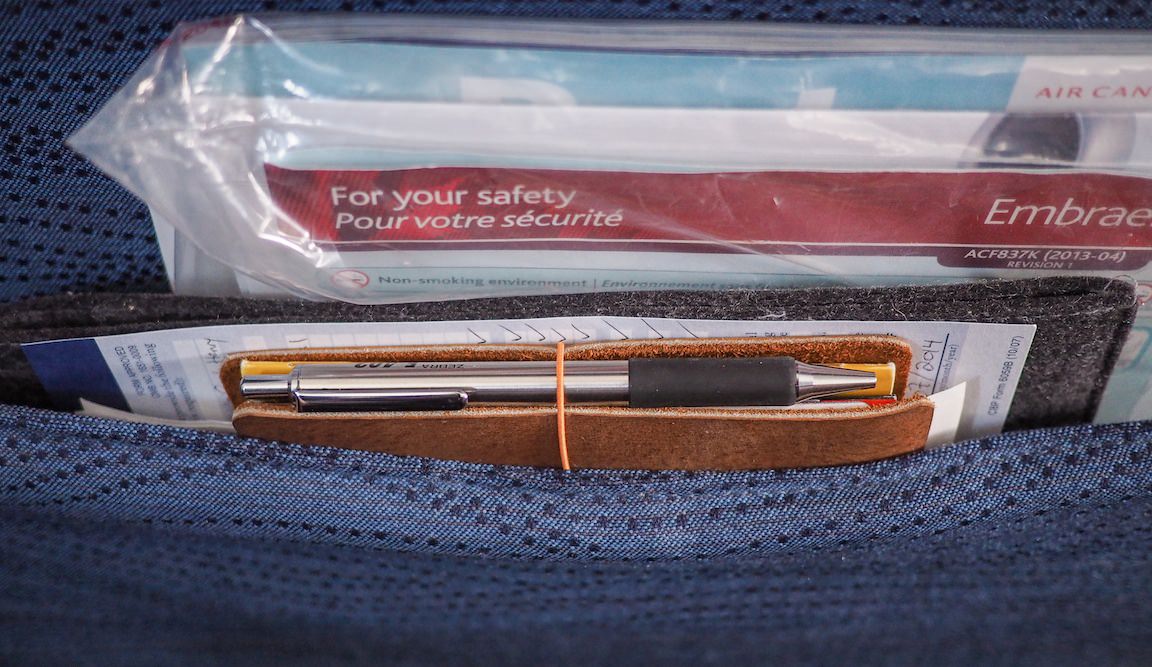 I struggled in deciding which pens and paper to bring along on such a rampant trip. In the end, I chose my Raydori because it’s a perfect sized cover to carry multiple Field Notes books and my passport. Can’t say I could have made a better decision, either — the Raydori seems to be made for traveling. Which kind of makes sense, considering its inspiration. 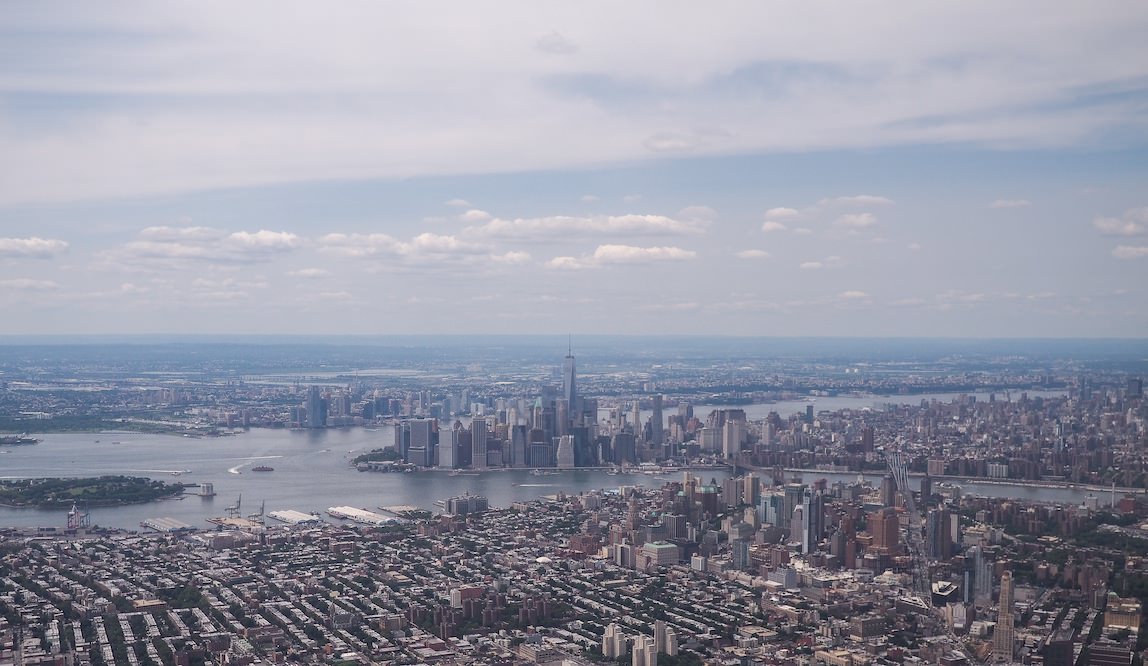 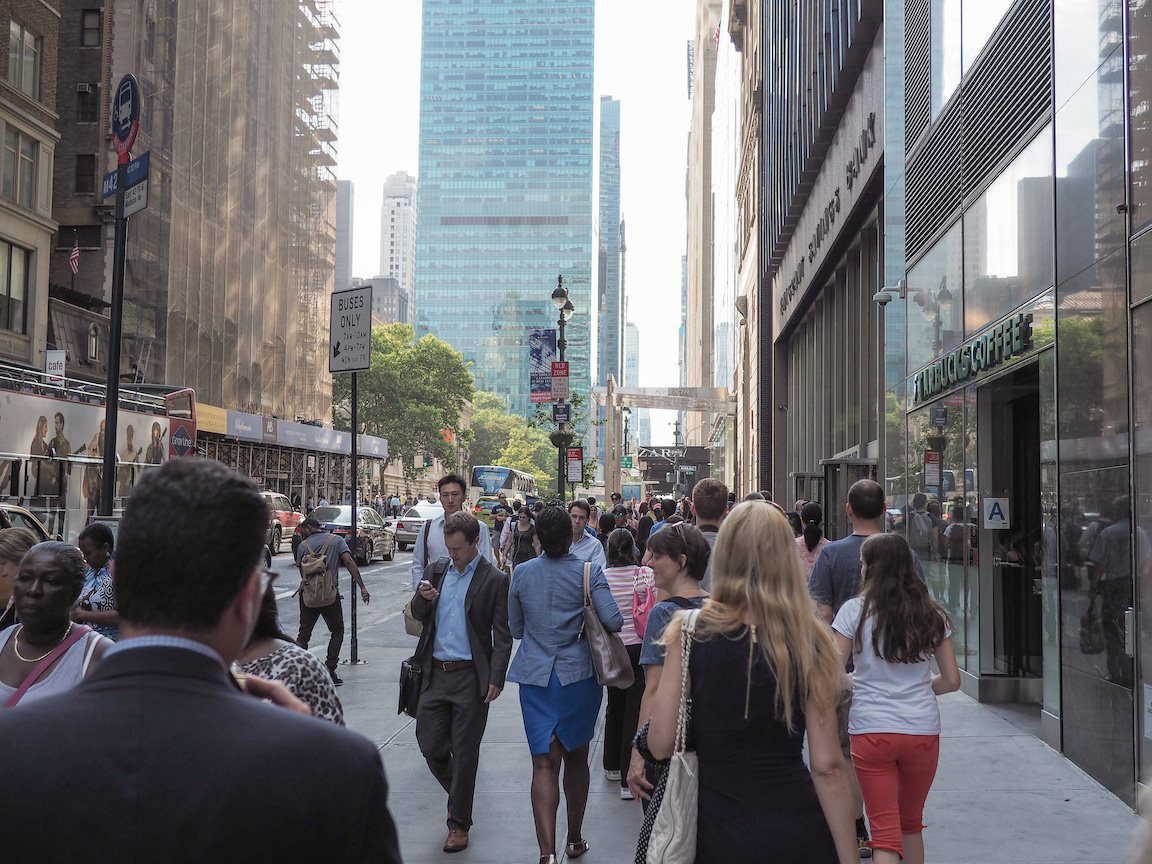 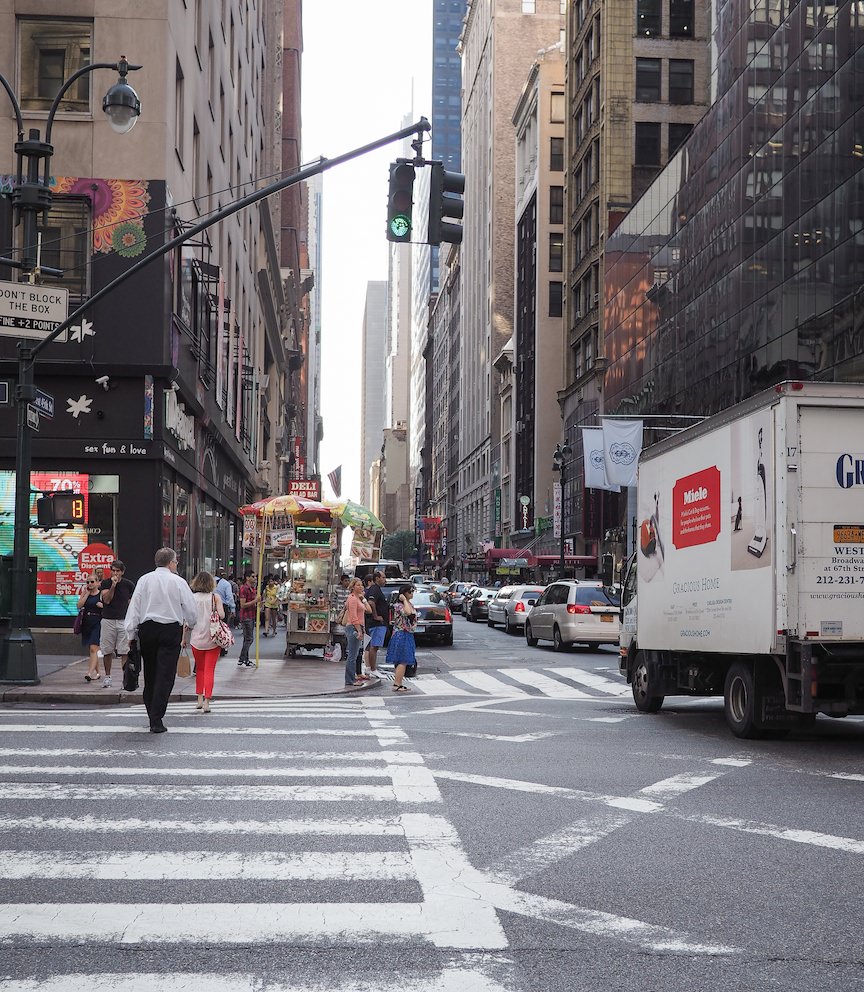 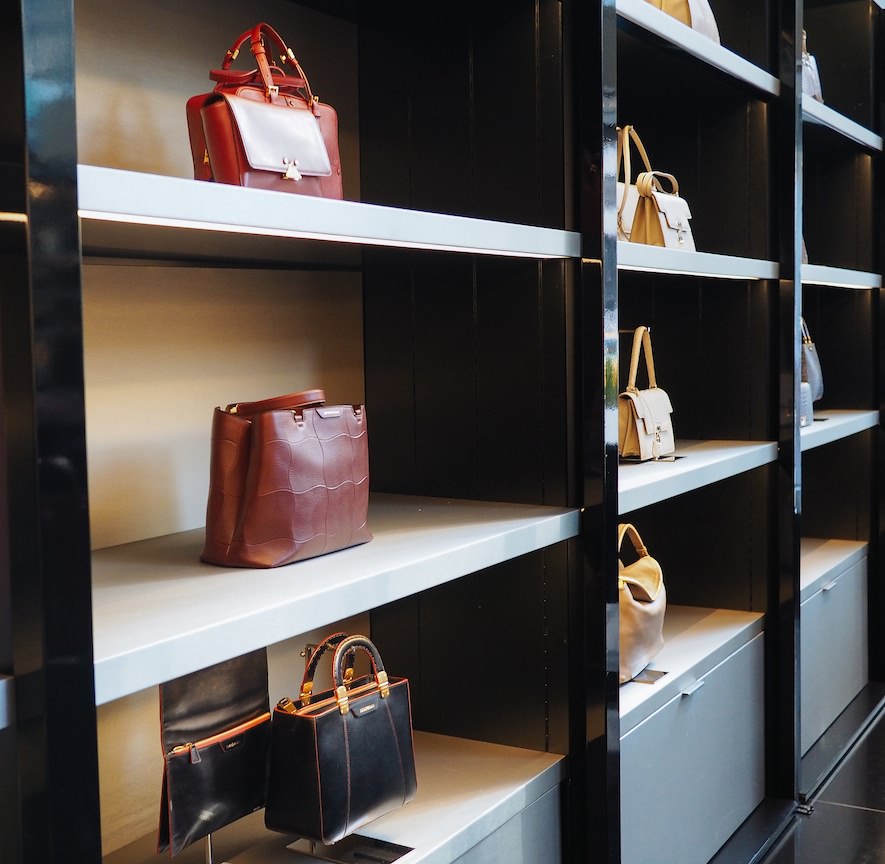 My wife made one request during our trip — she asked to buy something small from the Armani store on 5th Avenue. It’s a pretty good thing she bought “something small” — our trip may have had to end that day. 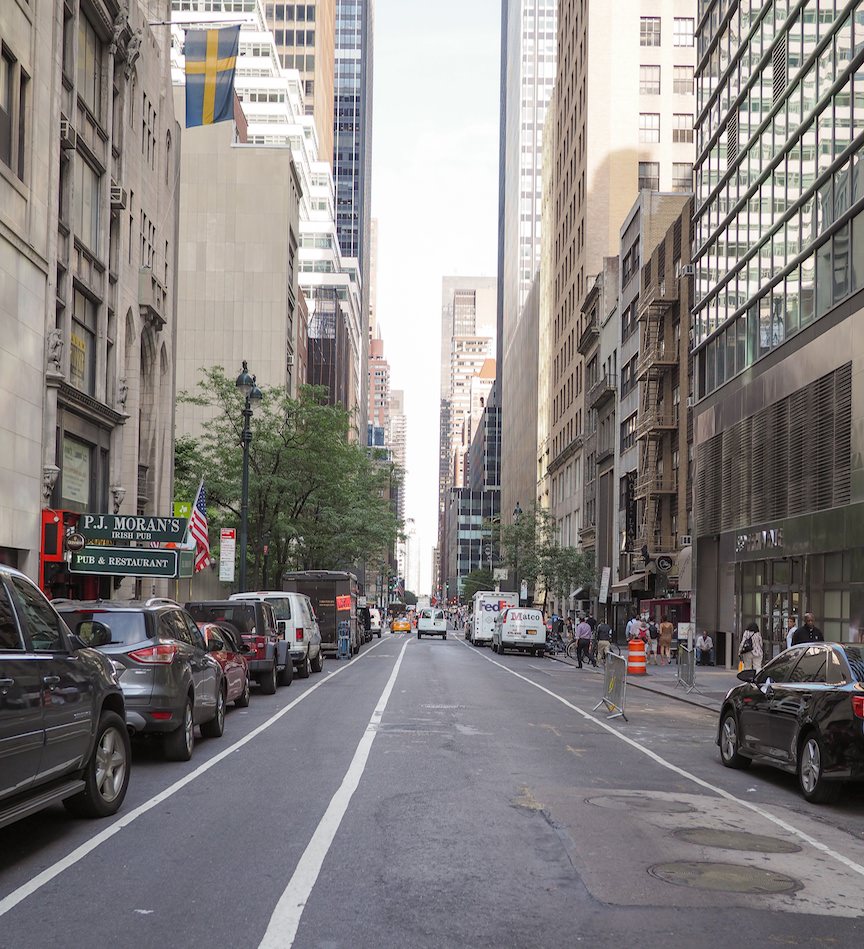 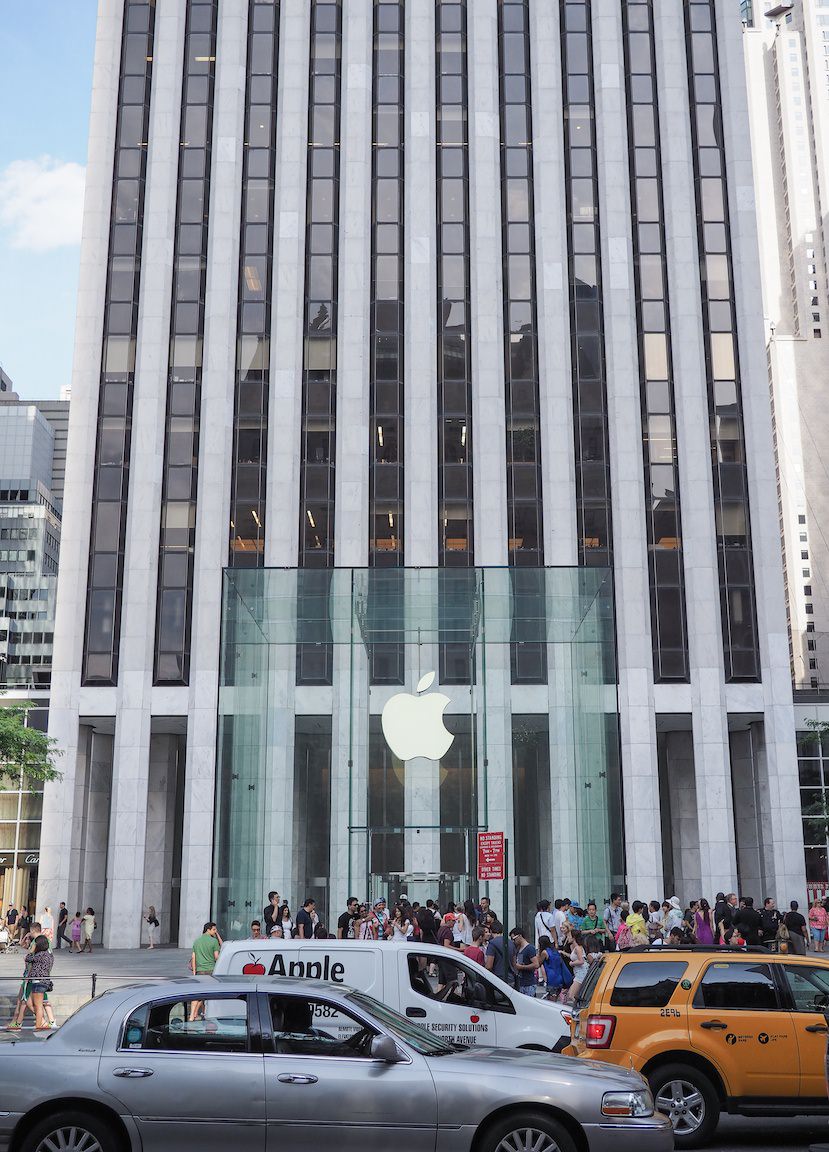 No New York City trip is complete without a pilgrimmage to Apple’s flagship store on 5th Avenue. It stands more beautiful than ever before. 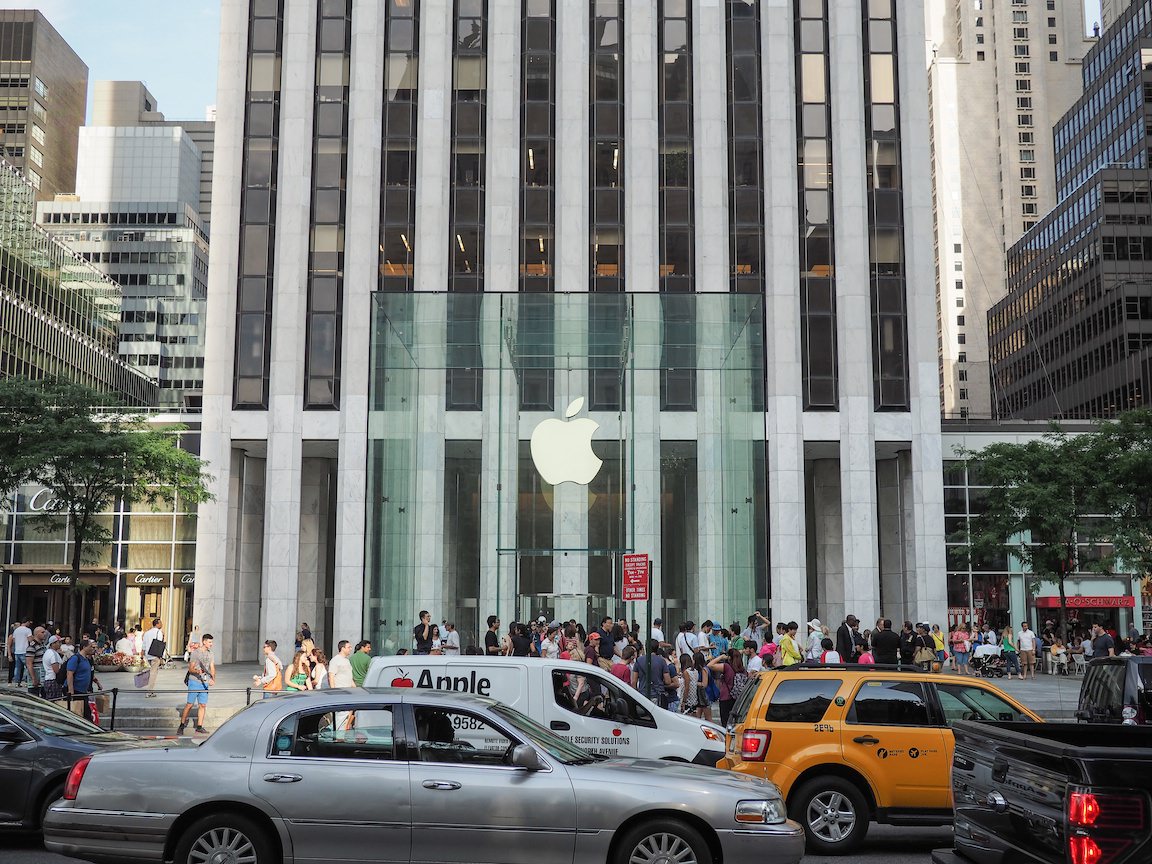 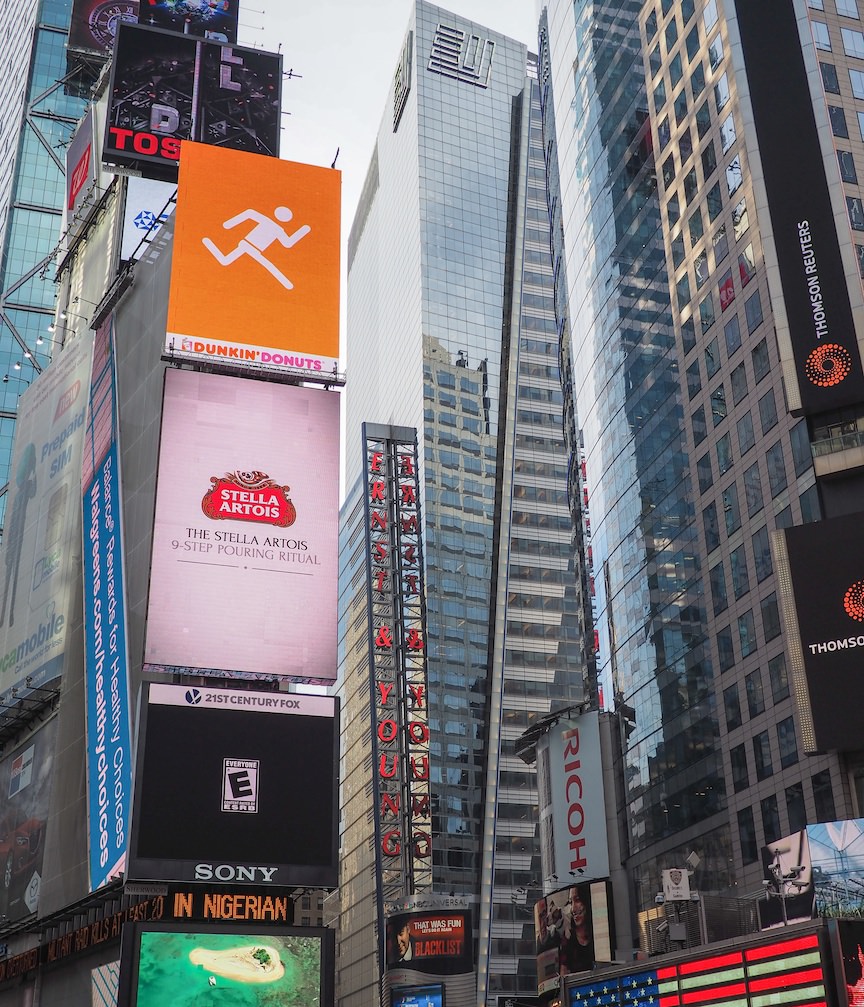 I’ve never been able to tell if Times Square is a giant advertising war or if it’s just a giant pissing contest. Come to think of it, those are probably one in the same. 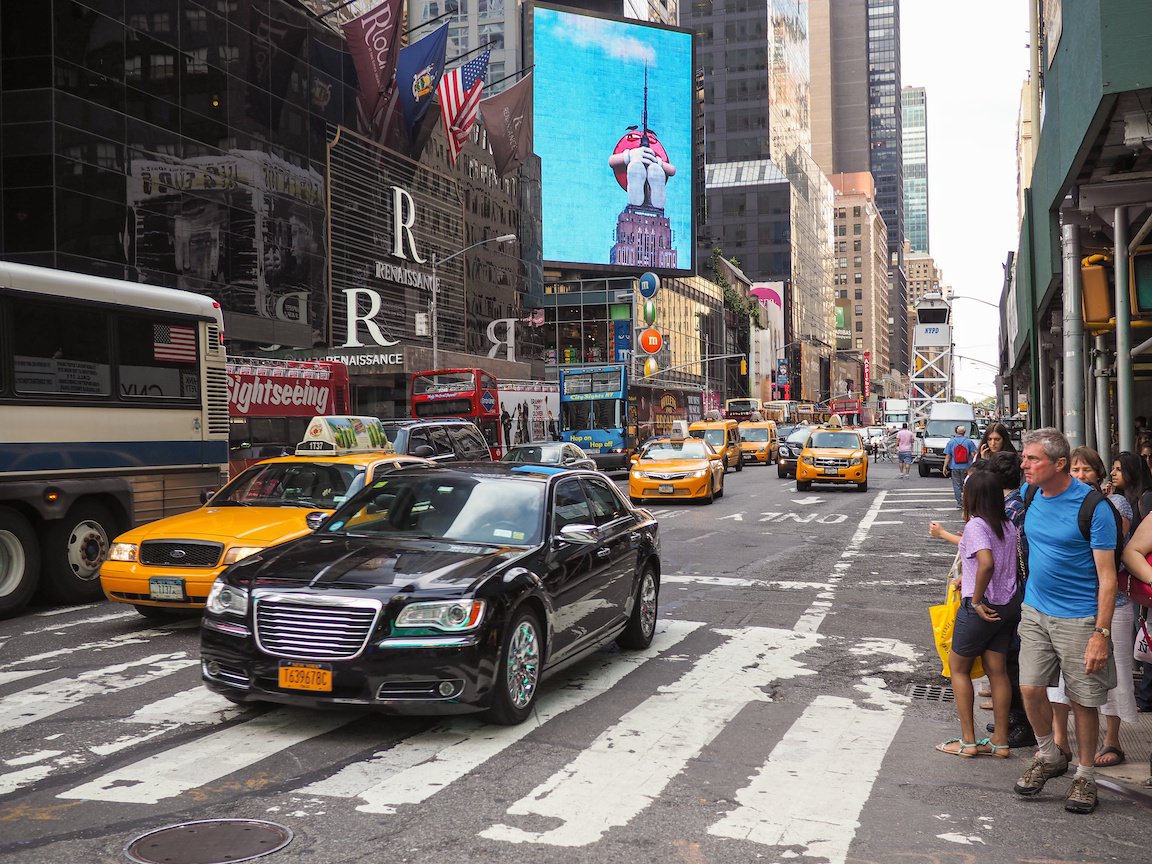 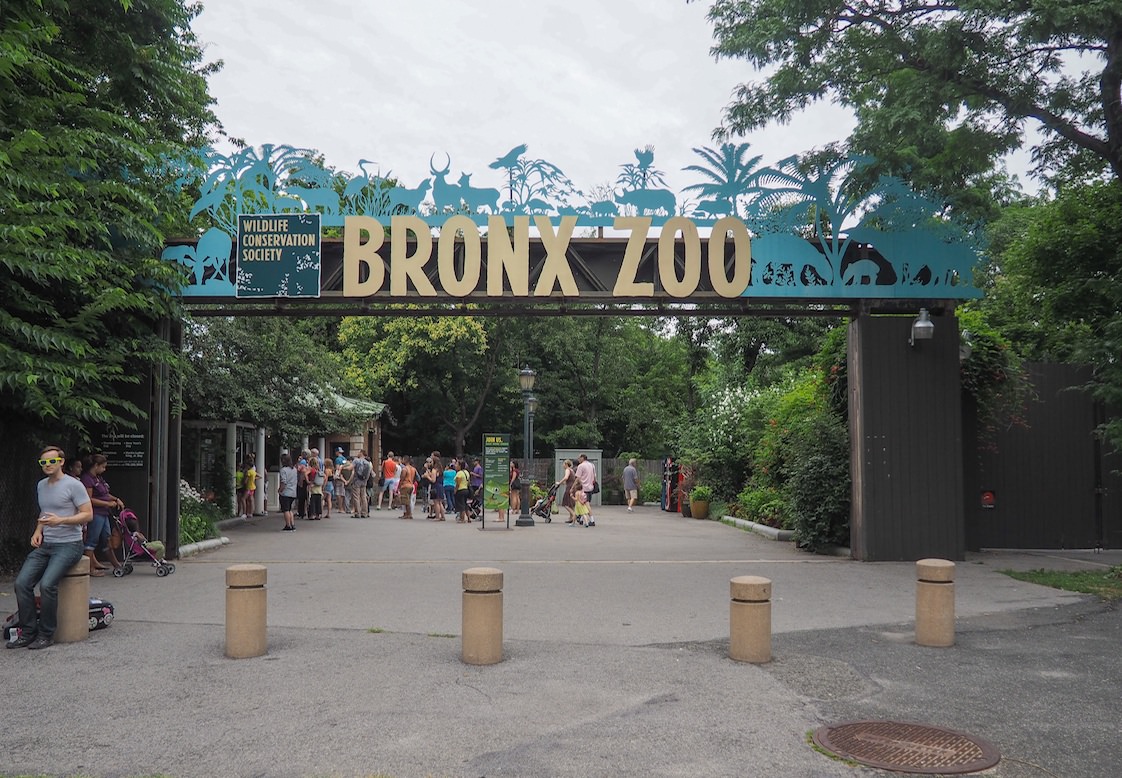 My wife and I did some research on unique trips in New York City and the Bronx Zoo reigned high on the list. We ventured into the Bronx on a slightly scary subway ride to see what the fuss was about. 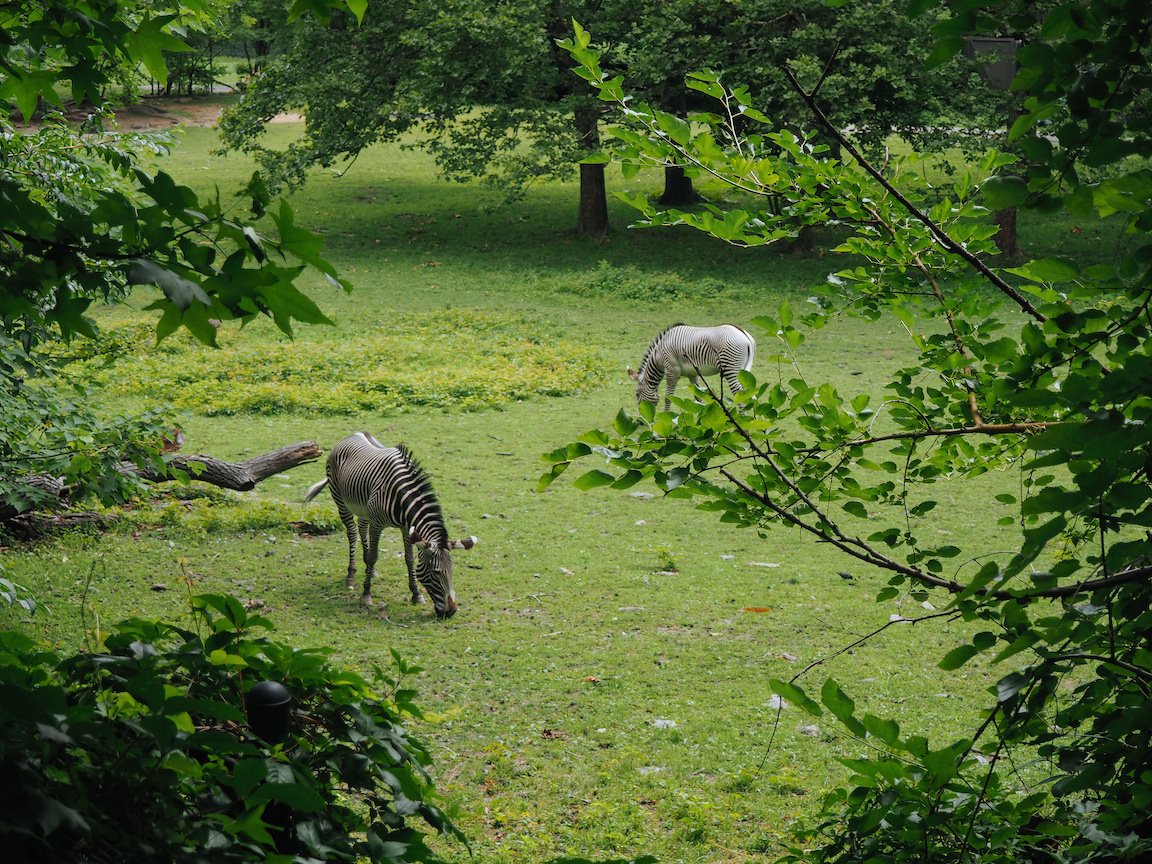 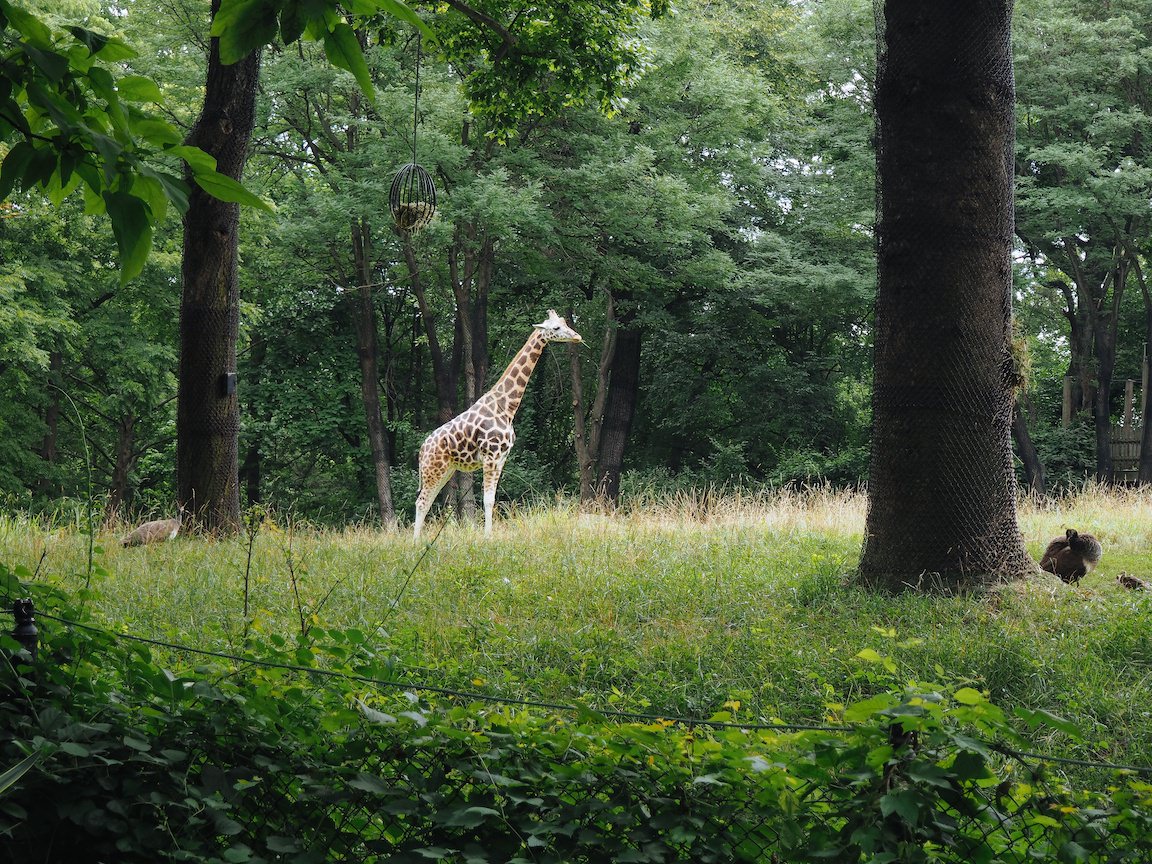 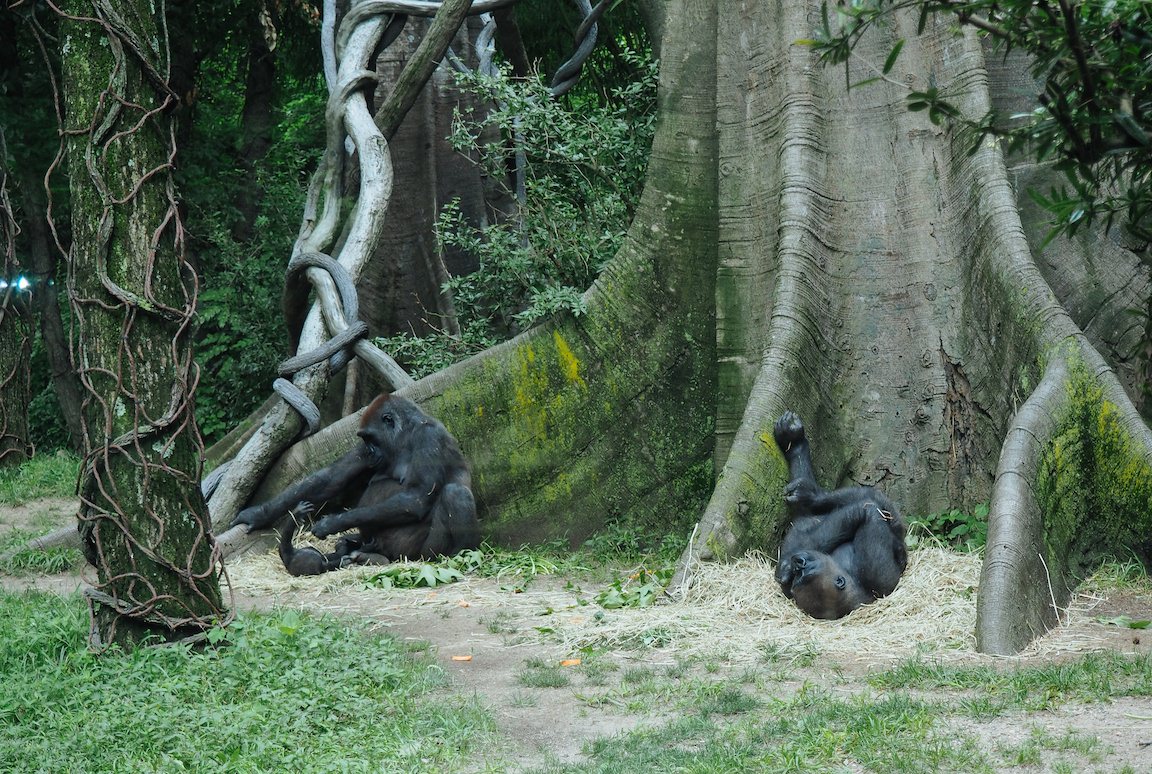 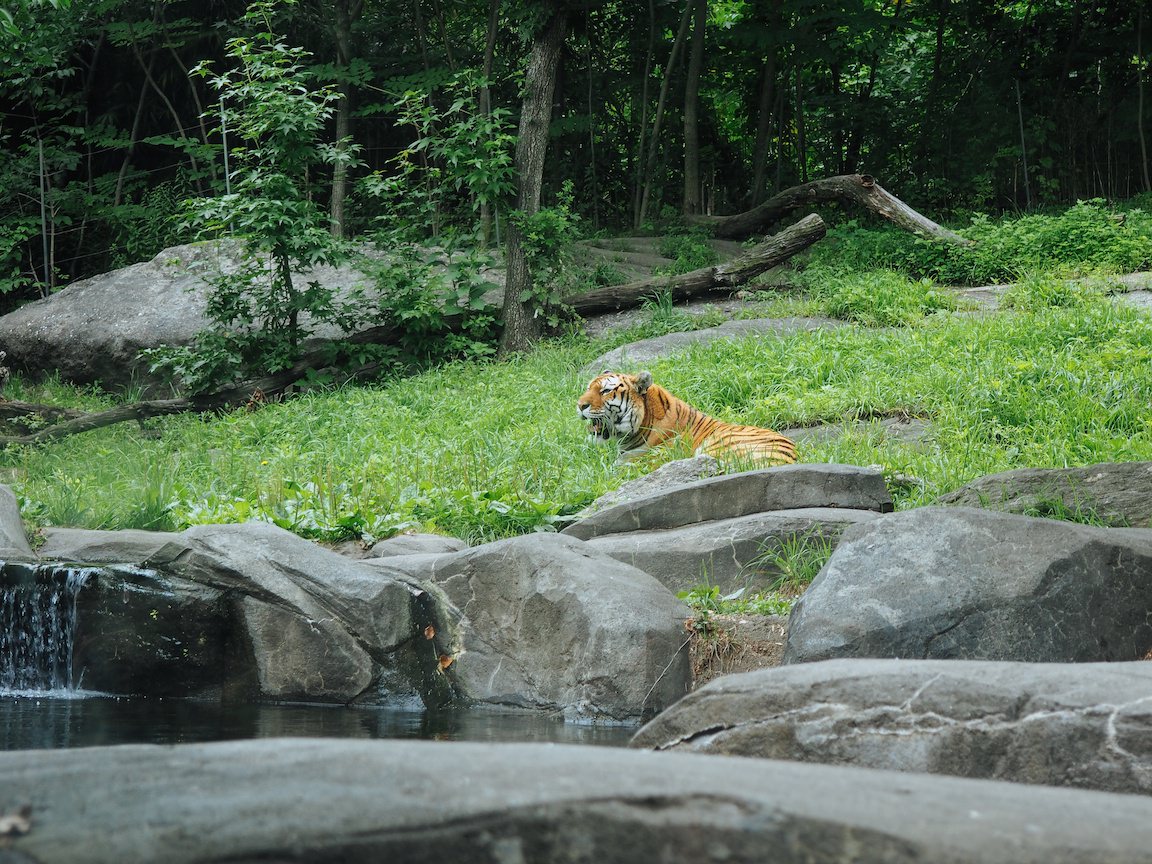 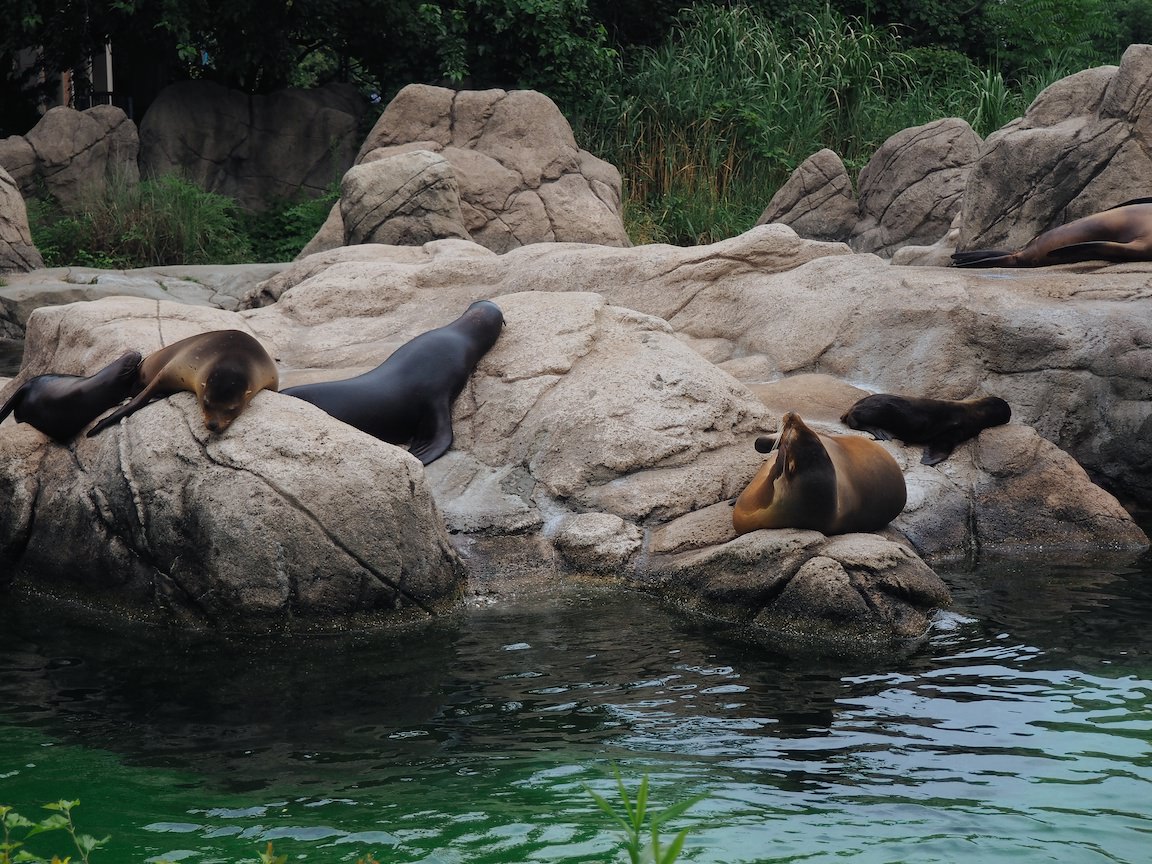 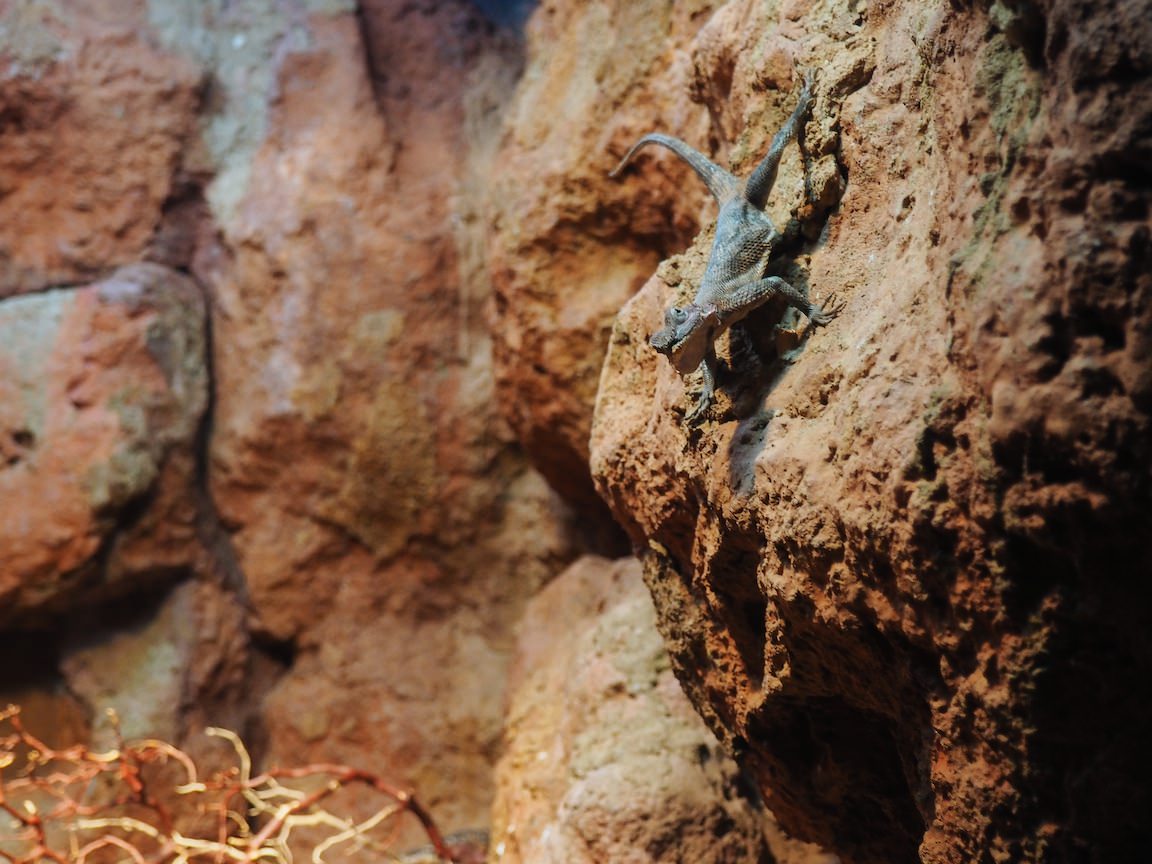 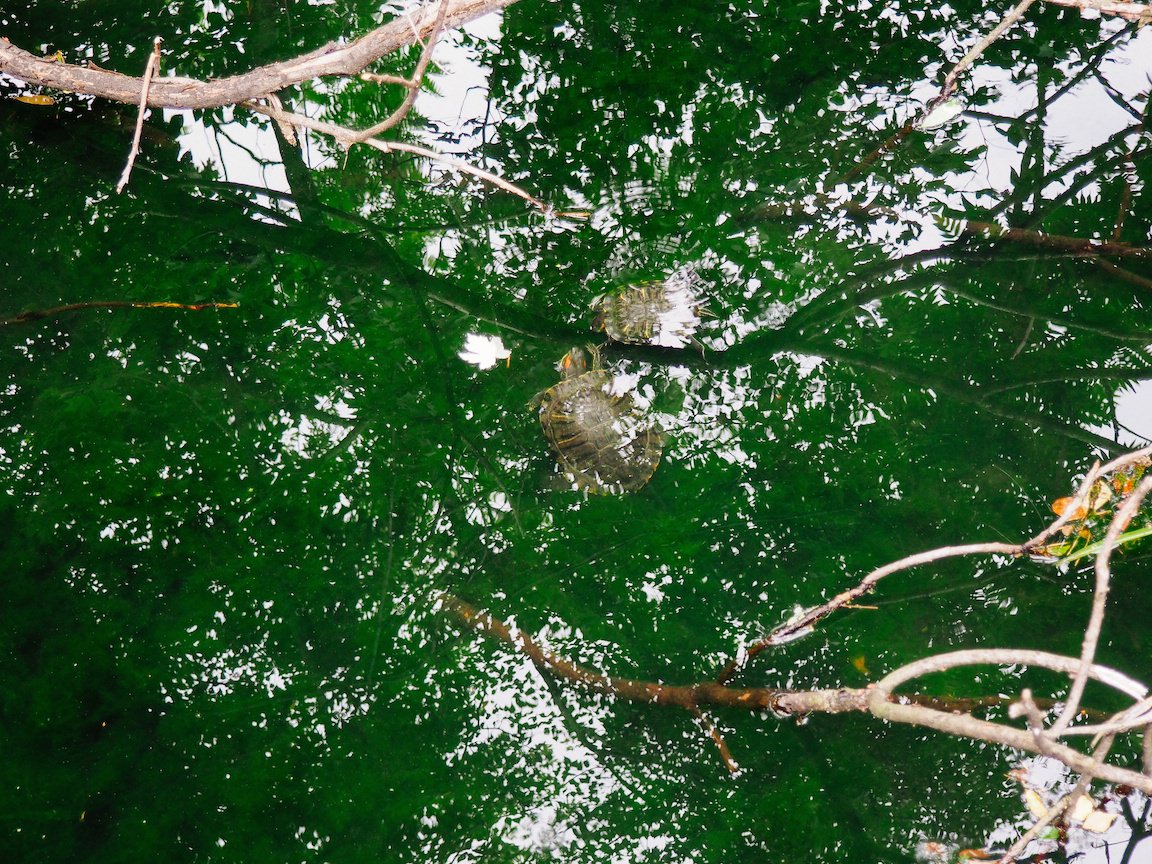 We were extremely disappointed.

On a Saturday morning in the middle of July,[1] I would wager 20% of the exhibits were empty. For $35 a person, we expected much more. At the very least the gorillas and tigers were wandering around for some half decent photo opportunities. 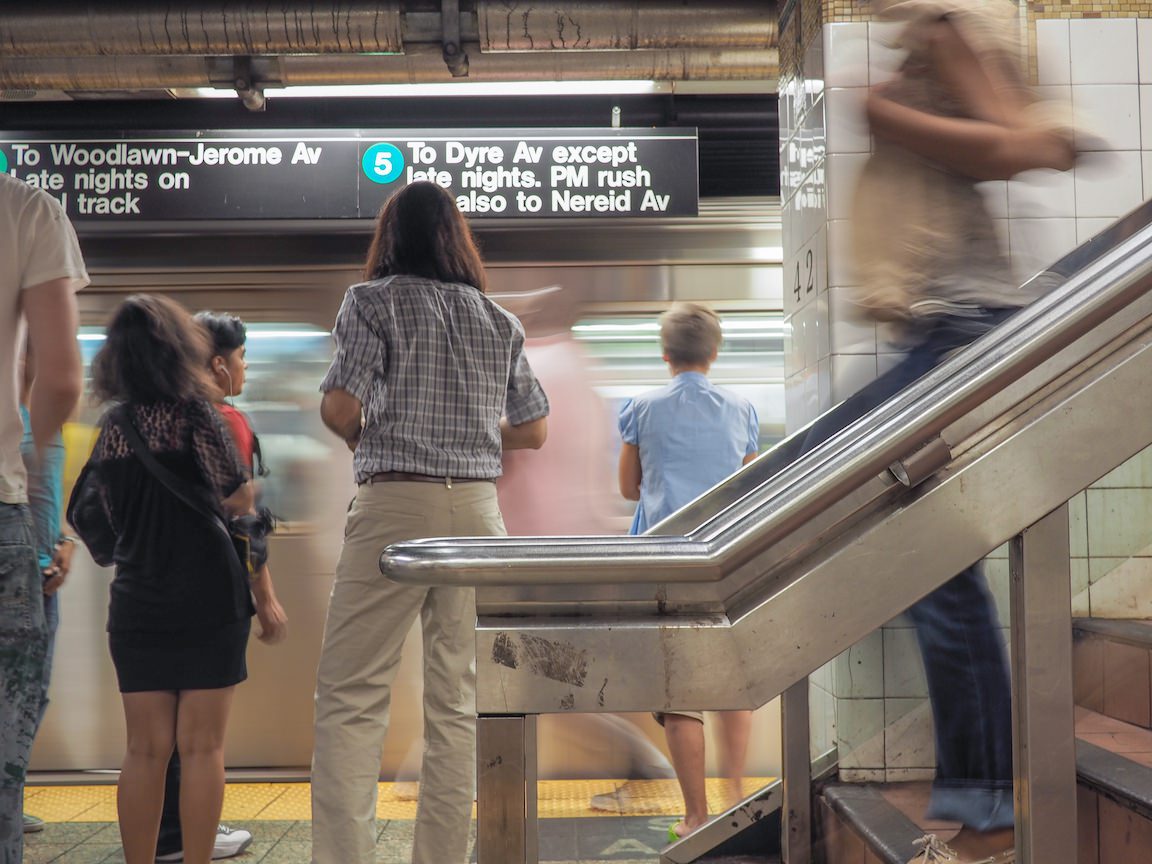 The 5 train up to the Bronx Zoo was under repair this past Saturday and this caused some friction for my wife and I. We got caught on a tourist’s goose chase, heading north on the 6 train before heading south on the 4 train.

Luckily, we weren’t the only tourists who found ourselves at one of the scarier Bronx subway stops. We met Brian and his partner from Providence and chatted the entire two-hour subway ride back to Grand Central. Absolutely incredible people. I recommend you head over to Facebook and check out Brian’s cool band. 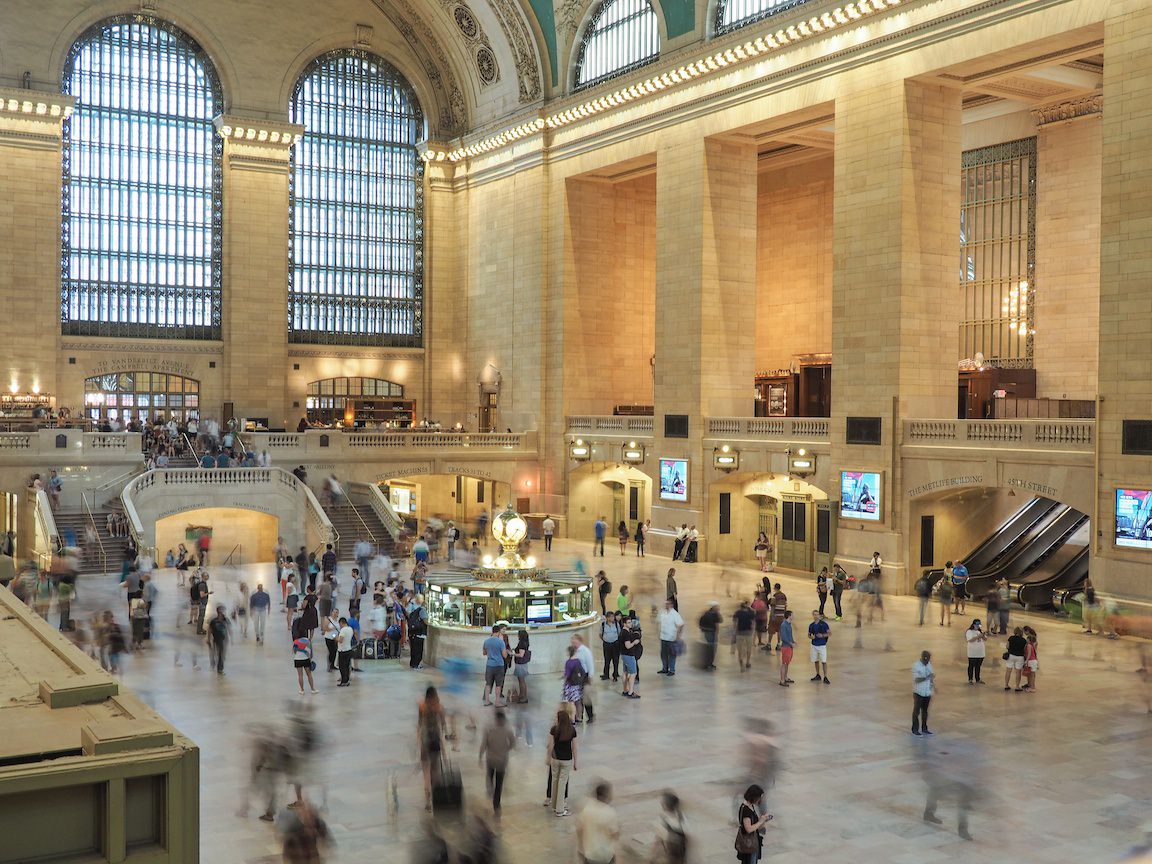 Despite the 5th Avenue Apple Store’s iconic beauty, the Grand Central Apple Store gives its 5th Avenue brother a run for its money. This is the view from corner of the store — stunning. 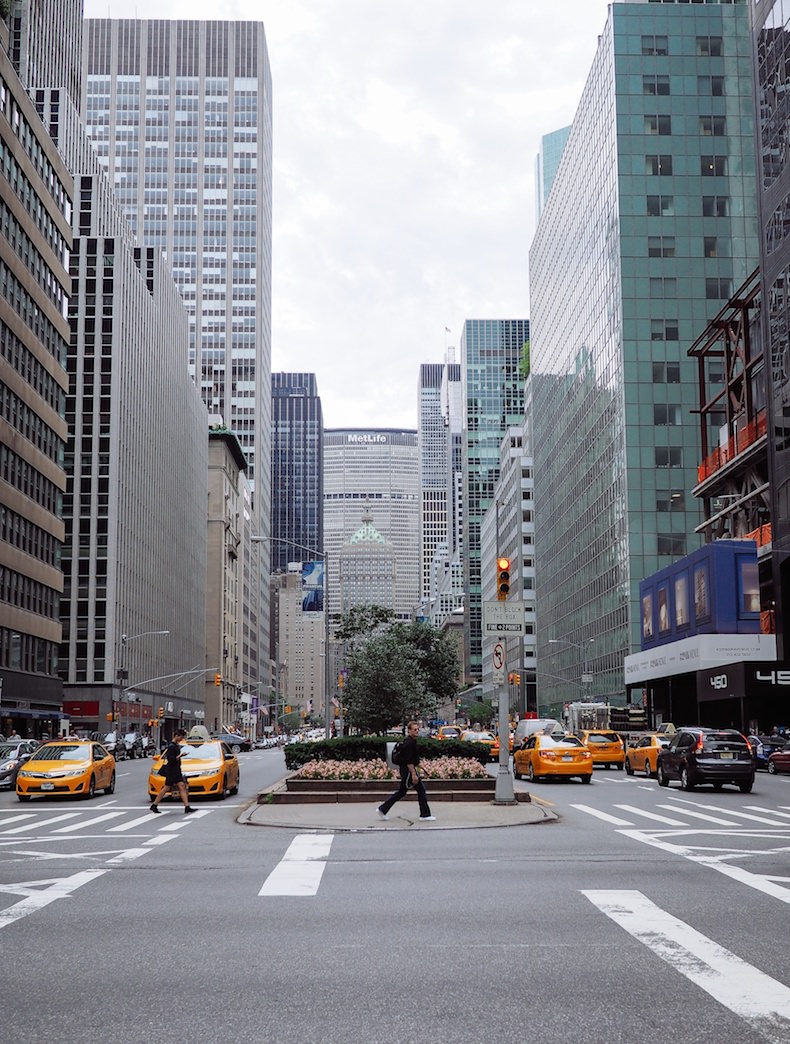 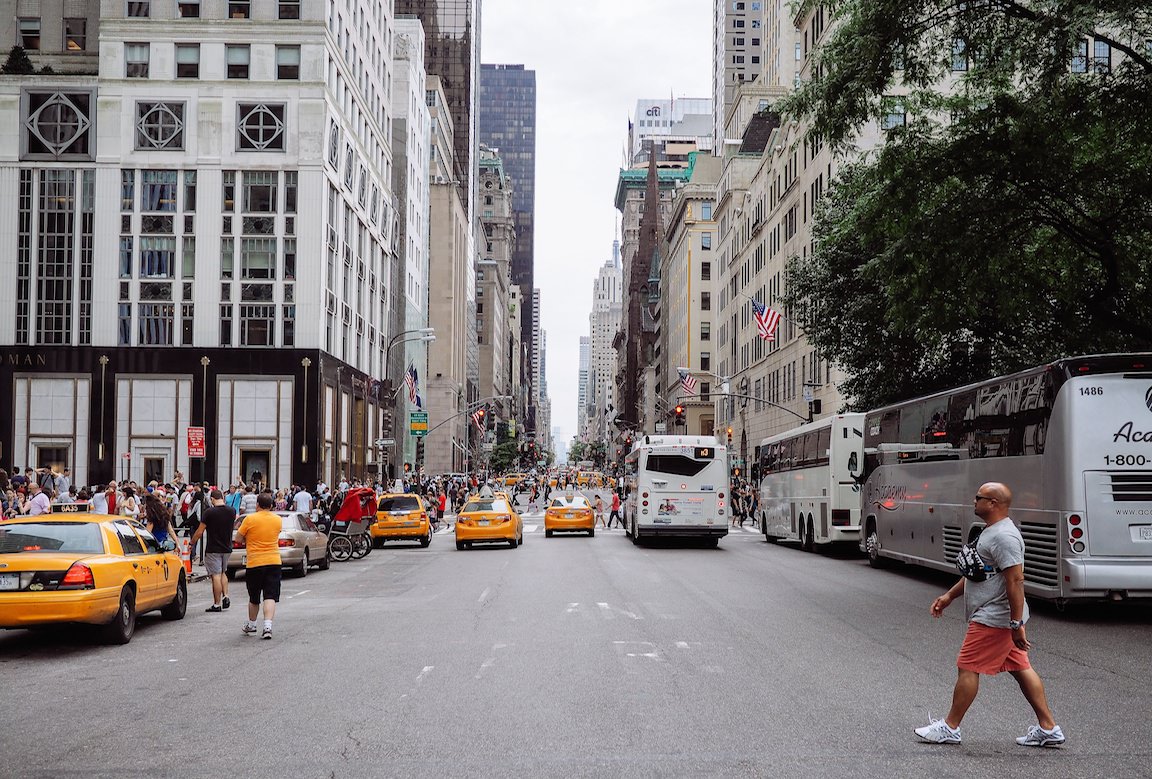 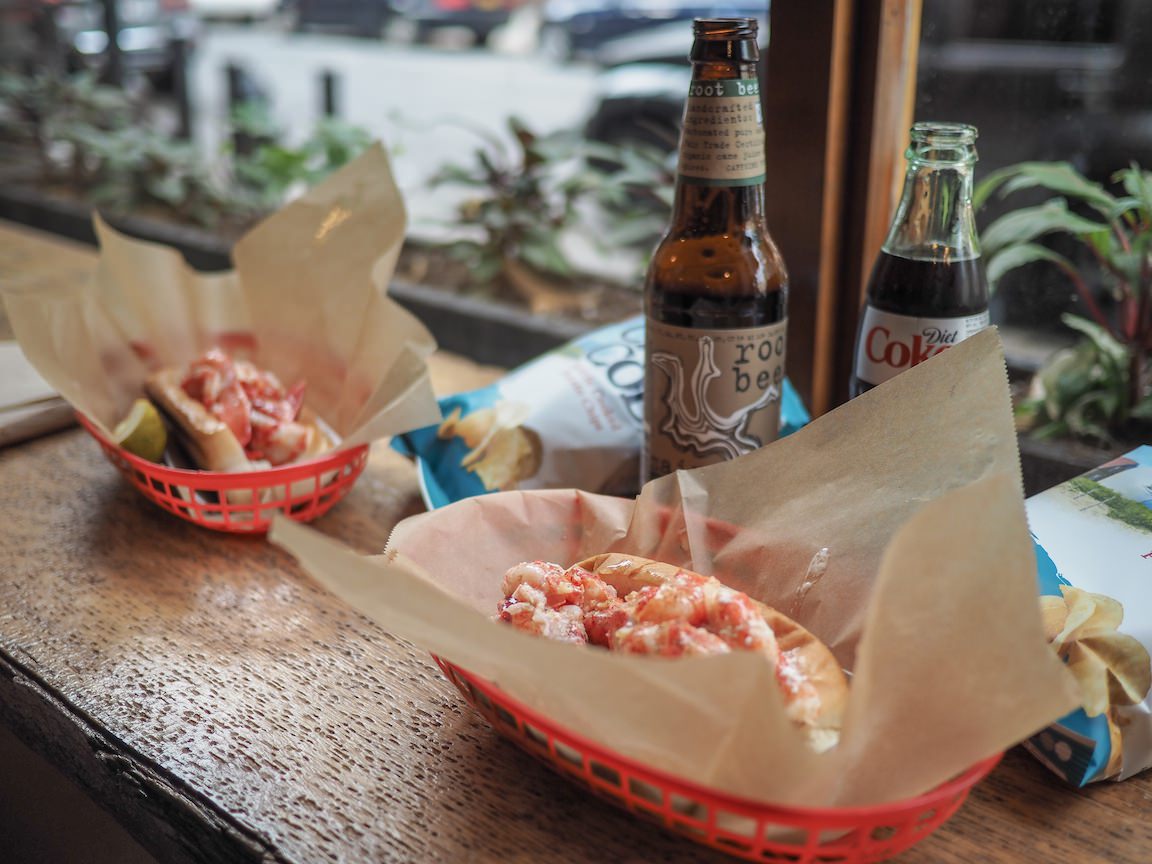 Second, Luke’s Lobster was as good as advertised. The lemon juice squeezed over the surprisingly cold lobster made for an intriguing taste. I would undoubtedly go back to Luke’s Lobster for a light supper on my next trip. 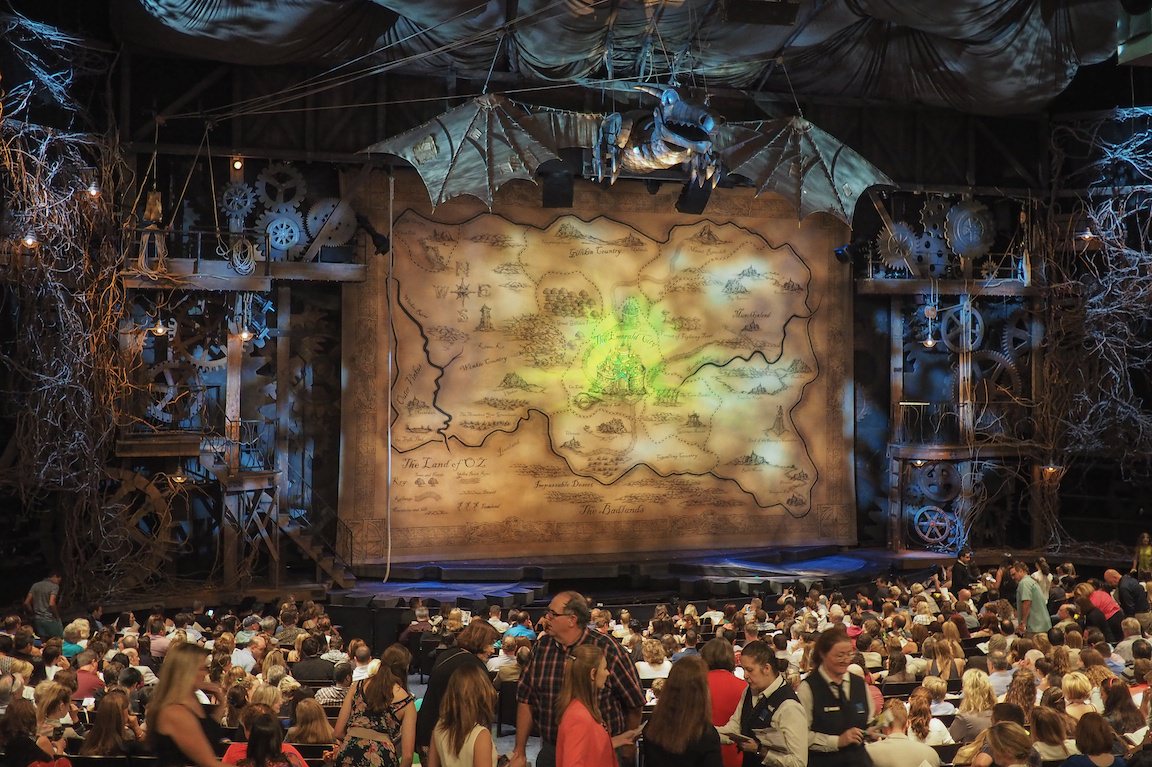 Is it possible to visit NYC and not see an award-winning Broadway show? We watched The Lion King at the Minskoff Theatre on our last trip, so Wicked at the Gershwin Theatre seemed like the next best option.

If you’re going to visit New York City and take in a Broadway show for the first time, I recommend The Lion King. Cliché perhaps, but Wicked’s set and effects fall just a hair short of The Lion King. The Wicked storyline is unmatched however, and meant for an older audience. We were delighted with Wicked and look forward to Annie or Phantom of the Opera on our next trip. 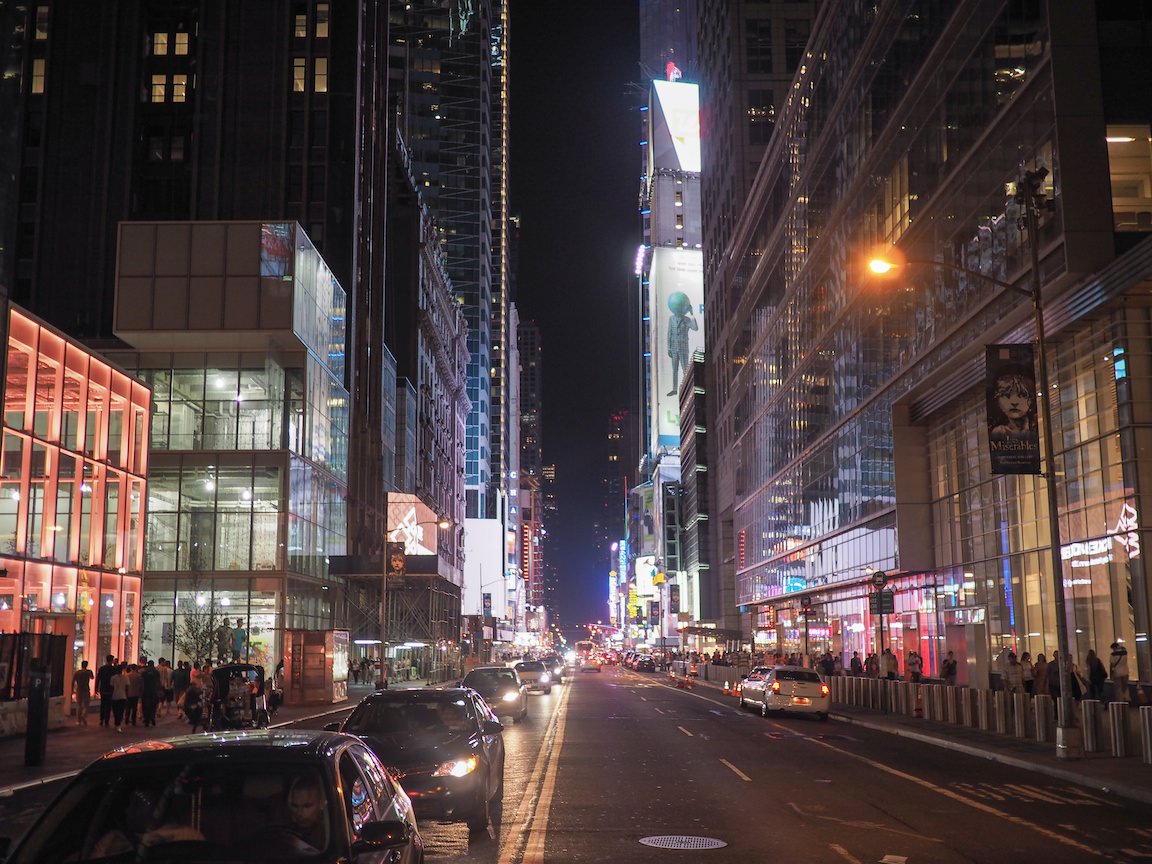 Whether that monument is admirable is not up to me to decide.

Either way, NYC is a pile of fun to visit when you feel like you have some money burning a hole in your pocket.

This covers the first two days of our four-day trip. I didn’t want to pack another 30 photos into this post, so stay tuned for Part 2.