Size: When the saleslady pulled the GM out of its box and handed it to me, I was baffled by how large the GM was. It’s big. Really big. I initially thought I was handed one of those large Canon cinema lenses by mistake. The lens is substantial in the hand, both in girth and in density.

Weight: After seeing the size of the lens, I expected to be handed a piece of concrete. The sheer size of the lens implies a massive weight, but the lens isn’t as heavy as it would appear to be. It’s substantial and dense, sure. But it isn’t detrimental to the lens’ shooting experience.

In comparison to the Batis 85mm f/1.8 however, the GM is far and away the heavier lens. I went into my little hands-on after watching this video from Jason Lanier. If you skip to the 19:50 mark, you’ll see Jason hand both the Batis and the GM lens to different passersby to see which lens is heavier. Each person in the video says the weight difference is either “imperceptible” or “negligible”. Perhaps each person was amped up and filled with excitement when holding the lenses, causing their muscles not to feel a difference between the two. Regardless, I flat out disagree with each of those people. There is undoubtedly a weight difference, both on the spec sheet and in use. Spec-wise, the GM lens is 28.82 ounces, while the Batis comes in at 16 ounces. That makes the Batis just more than half the weight of the GM. It’s noticeable. Not detrimental, but noticeable.

Front Element: The large 77mm front element is gigantic. One of the salesmen commented that the lens’ big front element looks professional, dreamy, and gargantuan. Obviously, he was trying to sell me the lens by saying this, but I don’t disagree with the comments.

Autofocus: I spent five whole minutes with the lens, so I can’t definitively comment on the 85mm GM’s autofocus speed. However, in that five minutes, I felt disappointed with the lens’ autofocus speed. It hunted a lot to find focus on an item a few feet in front of me, and by no stretch was it fast.

There is plenty of glass to move around in that lens, so it may be unfair to expect lightning fast AF. Further, a few caveats:

This was the aspect I came away most disappointed in.

Autofocus Noise: Early on, there’s been a wide range of complaints about the 85mm GM’s autofocus motor. It’s loud. I have never consciously noticed any lens’ autofocus noise, but I definitely noticed the GM’s motor whirring. Maybe the model I had in hand was defective, or maybe this is standard across the board. Regardless, it’s the loudest autofocus whirring I’ve ever heard on any lens.

Bokeh: Oh my goodness. Early reviews have said the 85mm GM is a new bokeh king, and it’s hard to argue otherwise. As the lens focuses in and out, you can see the background become smooth, creamy, and wonderfully soft. 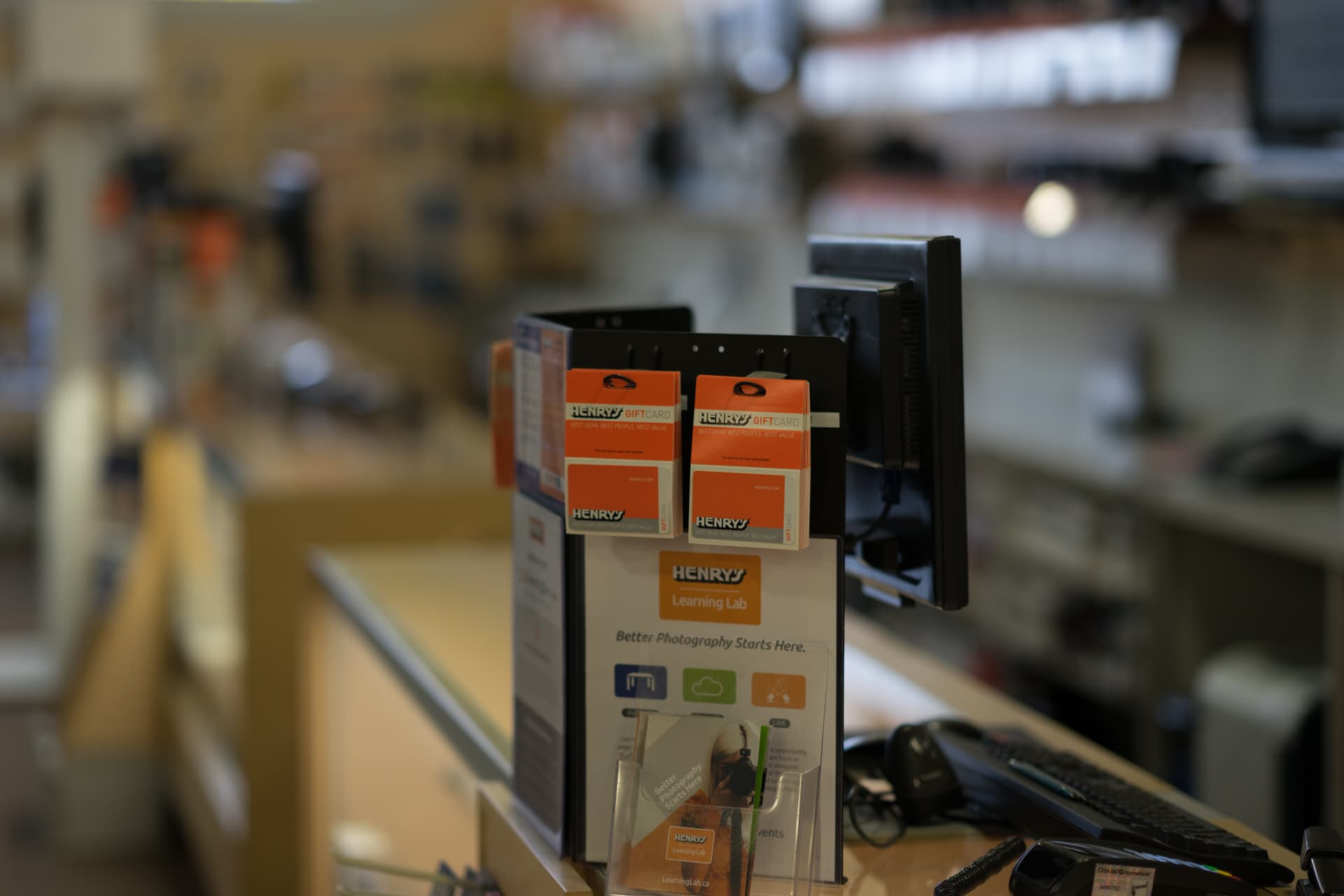 Subject isolation with the 85mm GM is absolutely exceptional and flows beautifully from focus to out of focus areas. This was the aspect I came away most impressed in.

Sharpness: My thoughts on sharpness are short. I shot four quick test images and only judged sharpness after jumping into Lightroom late in the day. Despite the insane depth of field at f/1.4 in these photographs, the word “Zeiss” is tack sharp in the image below. 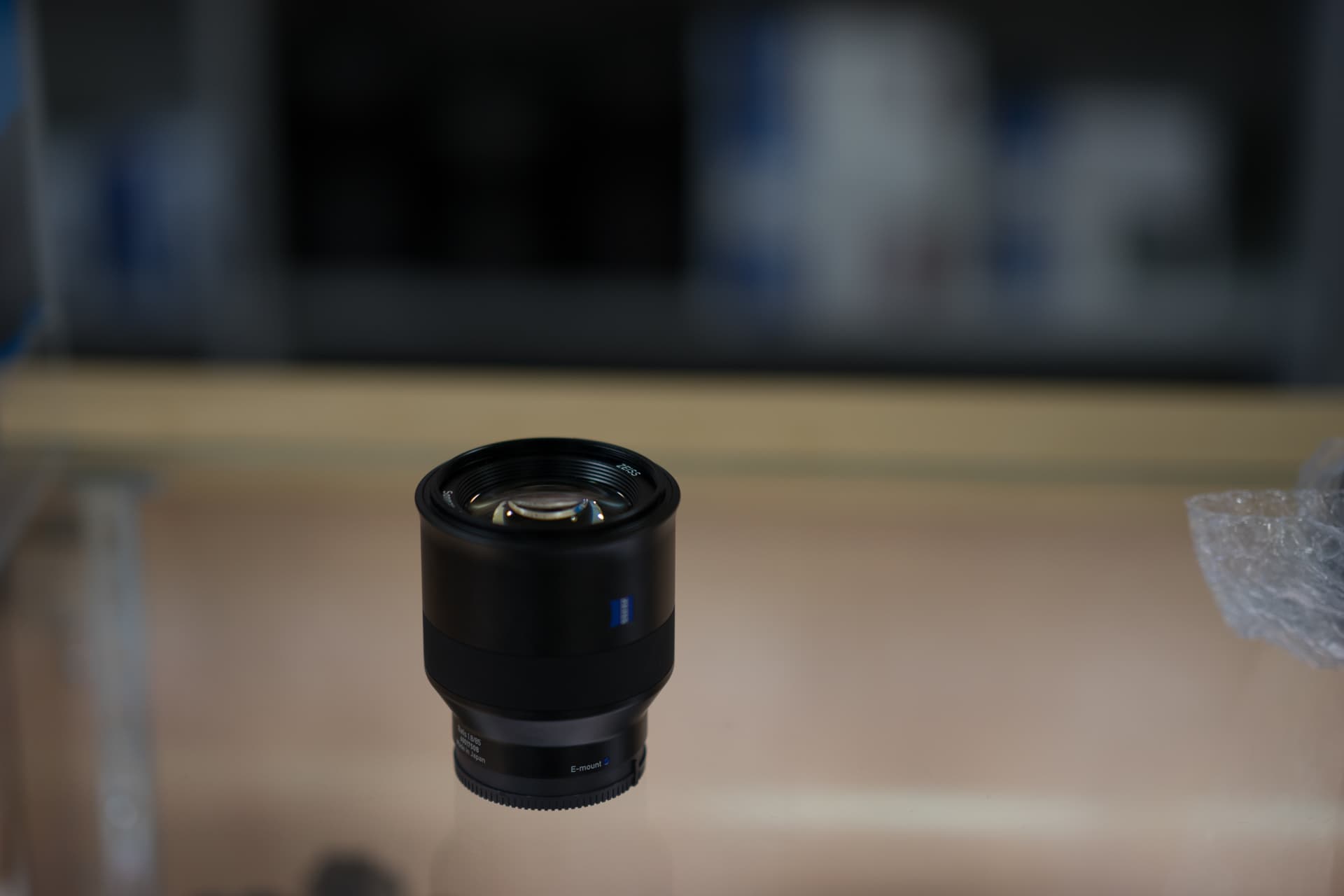 Aperture Ring: I’ve never had an aperture ring on any lens,1 so this was the first time I’ve ever tried one. Now, I know what everyone loves about aperture rings. The 85mm GM’s aperture ring clicked smoothly and would be invaluable for manual adjustments while shooting.

Ergonomics: The large size and large weight of the lens have one major benefit: ergonomics. I have very average sized hands, so the 85mm GM filled my grip perfectly. It felt substantial, but not too big. The focus ring fell on my index finger and thumb, while the aperture ring fell on my ring finger. A small movement of my thumb had me pressing the focus hold button on the lens. The girth of the lens felt wonderful in hand.

That’s what I’ve got after five to ten minutes. I went into the little hands-on expecting to be turned off by the size of the 85mm GM and doubting the extra six hundred dollars over the 85mm Batis would be money well spent. While I don’t think the extra cash for the GM is well spent for every Sony photographer, you won’t be disappointed if you go all in on the GM. It’s very clearly a premium lens — maybe even the most premium lens I’ve ever tried.

I have a long-term plan to purchase the 85mm GM, but that may change now considering the loud autofocus whirring issue. After Sony has a few months of production under its belt, I expect a lot of these little quibbles to be cleared up. If that happens, I’ll likely sell the Batis to make the jump to the GM. To me, aside from the autofocus performance, it’s the superior lens.