My First Impressions of the Sony a7II

I’m going to put it bluntly: the Sony a7II is a terrible camera. There isn’t a single feature on the a7II body not outdone by a different camera maker.

Yet, Sony’s full-frame sensor has me grinning from ear to ear once its photos have been imported into Lightroom. 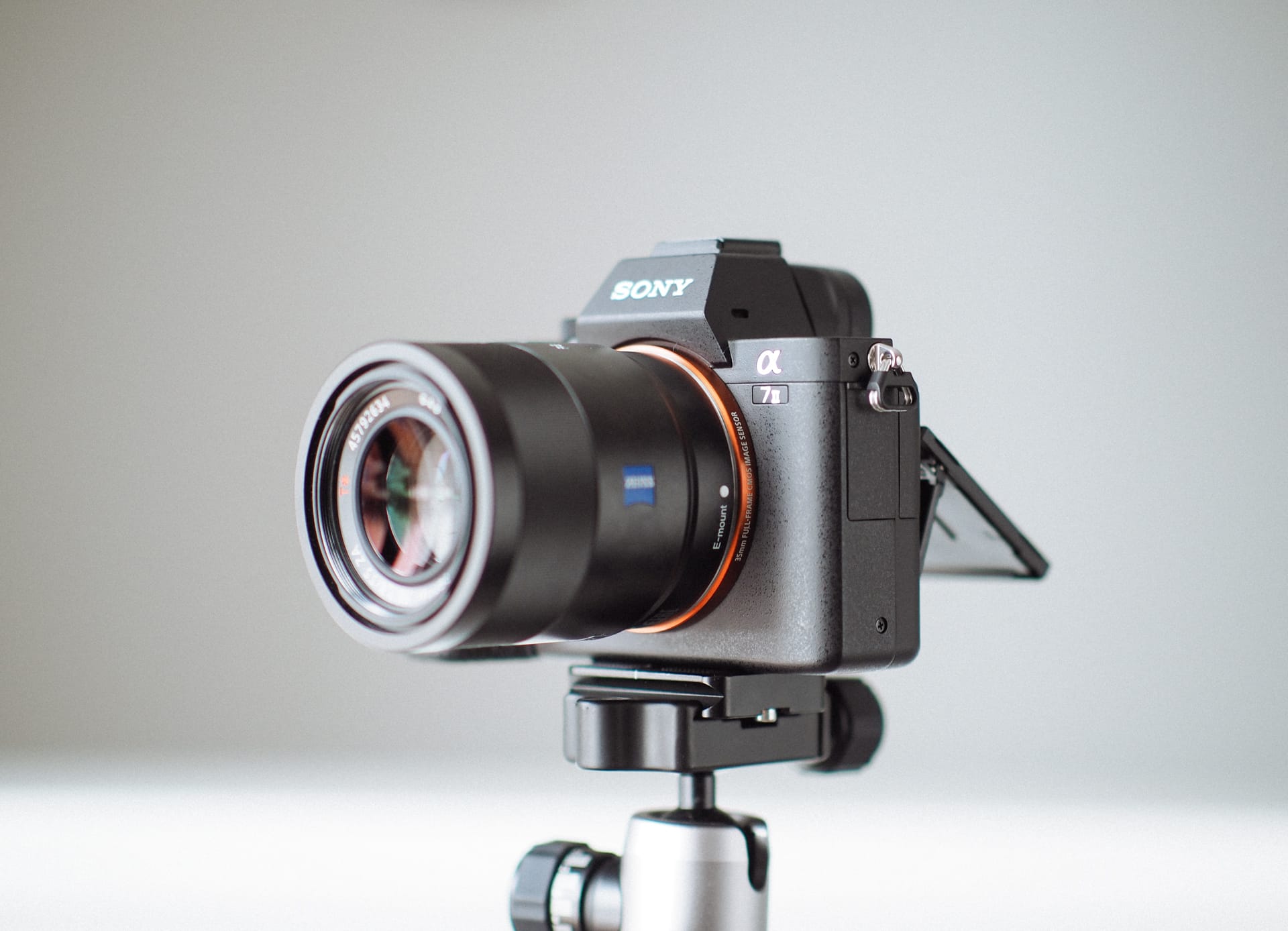 I’m going to get all the negative junk out of the way first.

The Sony a7II, right from the beginning, is an enthusiast’s or a professional’s camera. There are four customizable function buttons, handy switches, extra dials, and a plethora of options hidden in the menu. For some, this is necessary. I’m caught in limbo; I’m thankful to customize the camera to the way I like shooting, but I know I’m not using the camera to its full potential. Without a doubt, there’s an immense learning curve here — one I’m not sure I’ll ever overcome.

The back panel is plastered with buttons capable of taking you to anywhere in the camera system with only one or two button presses. This is nice, but it adds to the learning curve.

The dial on the back spins very easily. If you’ve customized a dial turn to a custom function, you’ll be changing settings without any effort.

That dial is also the point of most friction for me. Coming from an Olympus OM-D, pressing any direction on the back panel D-pad moves your focus point to a different spot in the viewfinder. Here, pressing any of the D-pad buttons brings up different settings options. I’m constantly trying to change focus points in the viewfinder only to bring up a random menu and I often miss my shot in the process.

In order to change the specific focus point in the viewfinder, you have to first press a button and then press the D-pad/dial buttons in the direction you want to move the focus point. This point of friction is easily the most infuriating thing about the Sony a7II and has me cursing more often than I care to admit.

And the record button on the far right? Seriously? 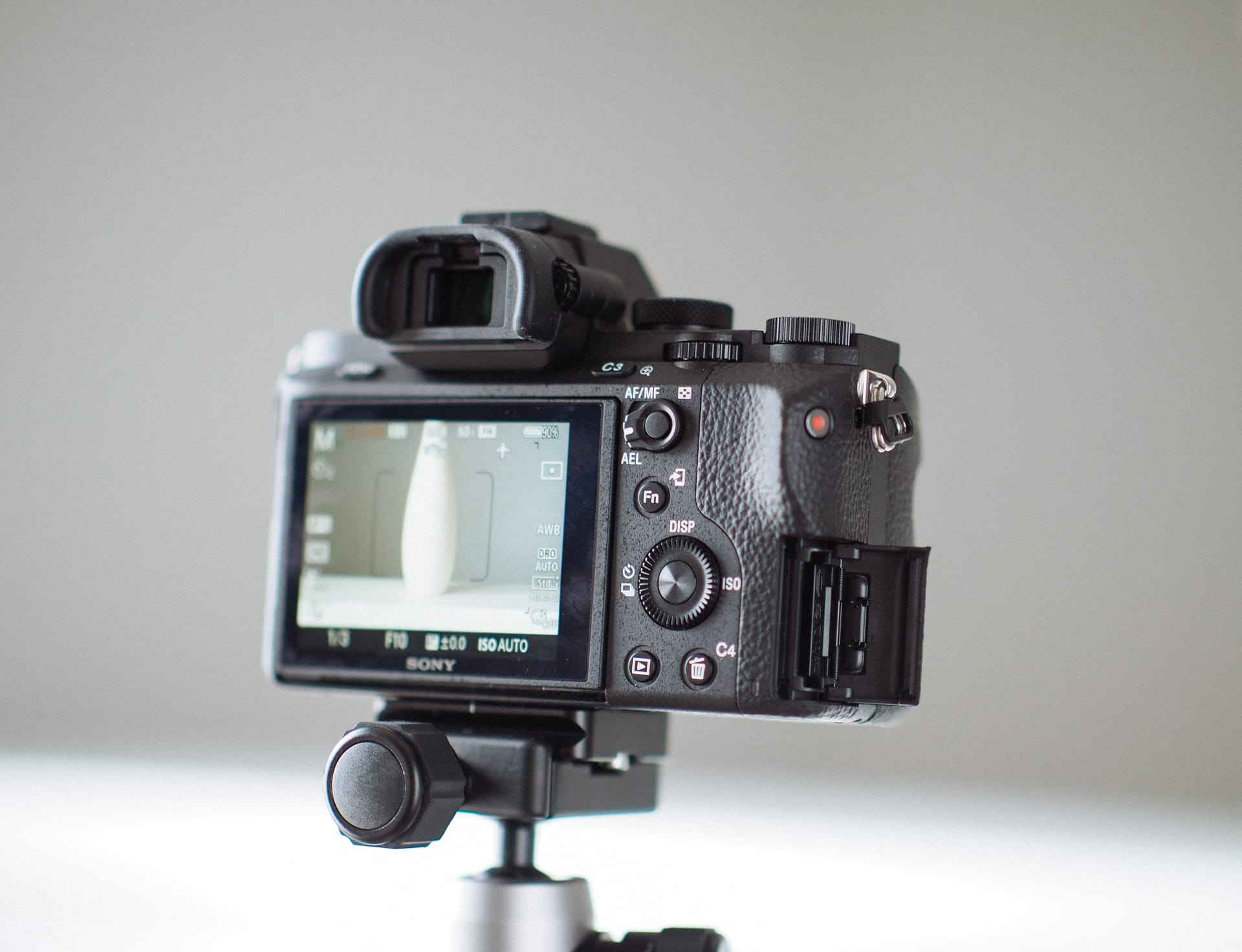 On the right side is the SD card slot. It’s in the same spot as the OM-D E-M5 Mark II, and I heaped praise on Olympus for relocating their SD card slot from the battery compartment in the E-M10. On this front, I’m happy.

What I’m not happy with is two-fold: 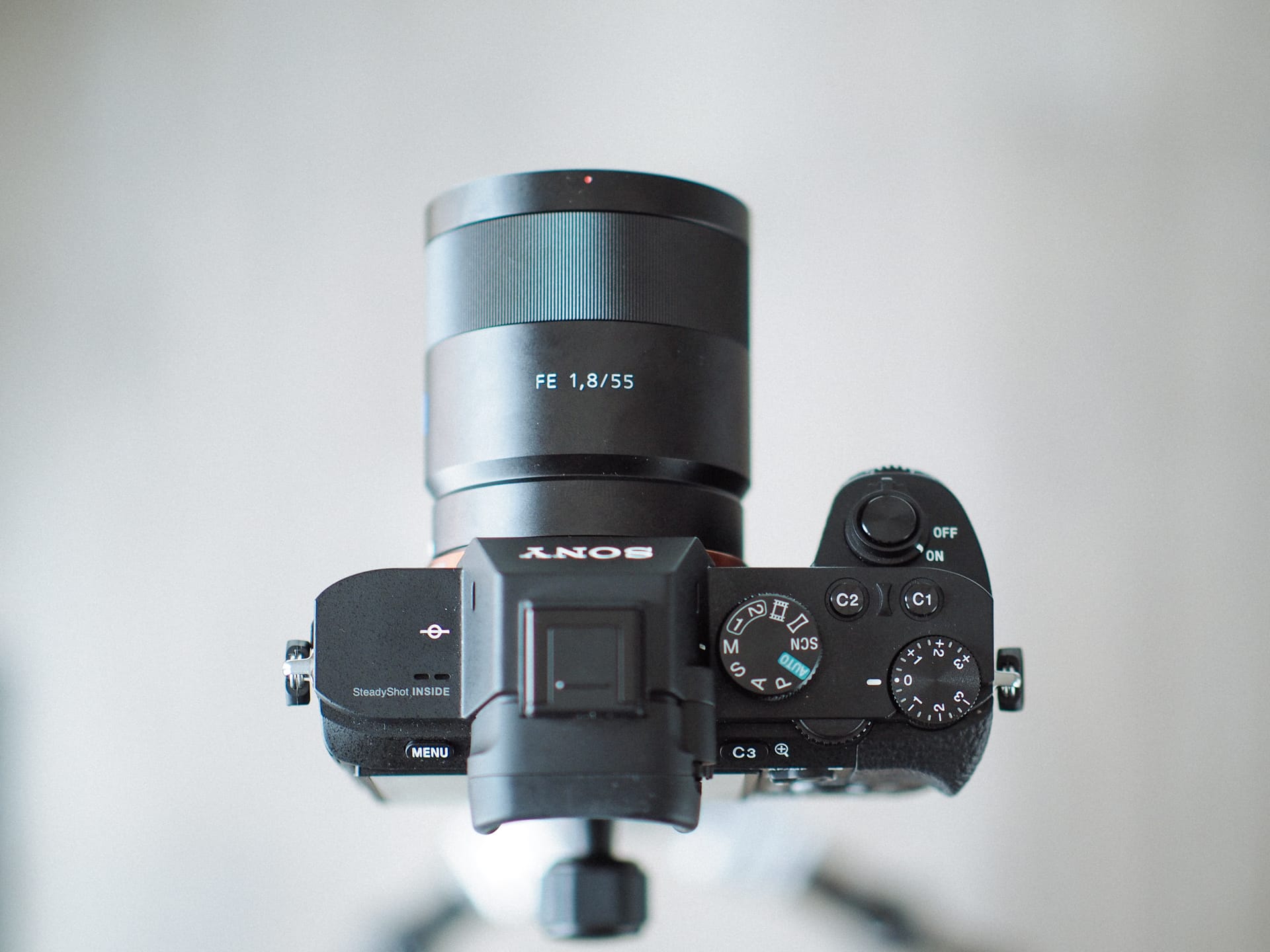 The top panel makes more sense than the back panel, save for the recessed area for the rear dial. If you’re shooting in shutter speed or aperture priority modes, both the front and rear dials change the same settings. If you switch to manual mode, the front dial changes aperture and the rear dial changes shutter speed. This is fine and all, but turning that rear dial is difficult thanks to how far back the dial is placed. I’m constantly turning the exposure compensation dial instead. Perhaps muscle memory will set in, but that rear dial is too far back to properly turn and to be normally be used in the long run.

To finish my complaining, the a7II’s ergonomics can’t shake a stick at other camera manufacturers. The grip is moulded well, but the camera body’s height leaves my pinky finger dangling below the chassis when shooting. The a7II, more than any other camera I’ve used, begs for the vertical battery grip.

You’ll probably need the battery grip too, as the a7II’s battery life is simply horrible. There’s no way I’m heading out for a day’s worth of shooting with only a single battery — something I’ve never thought twice about with Olympus’ OM-D cameras. 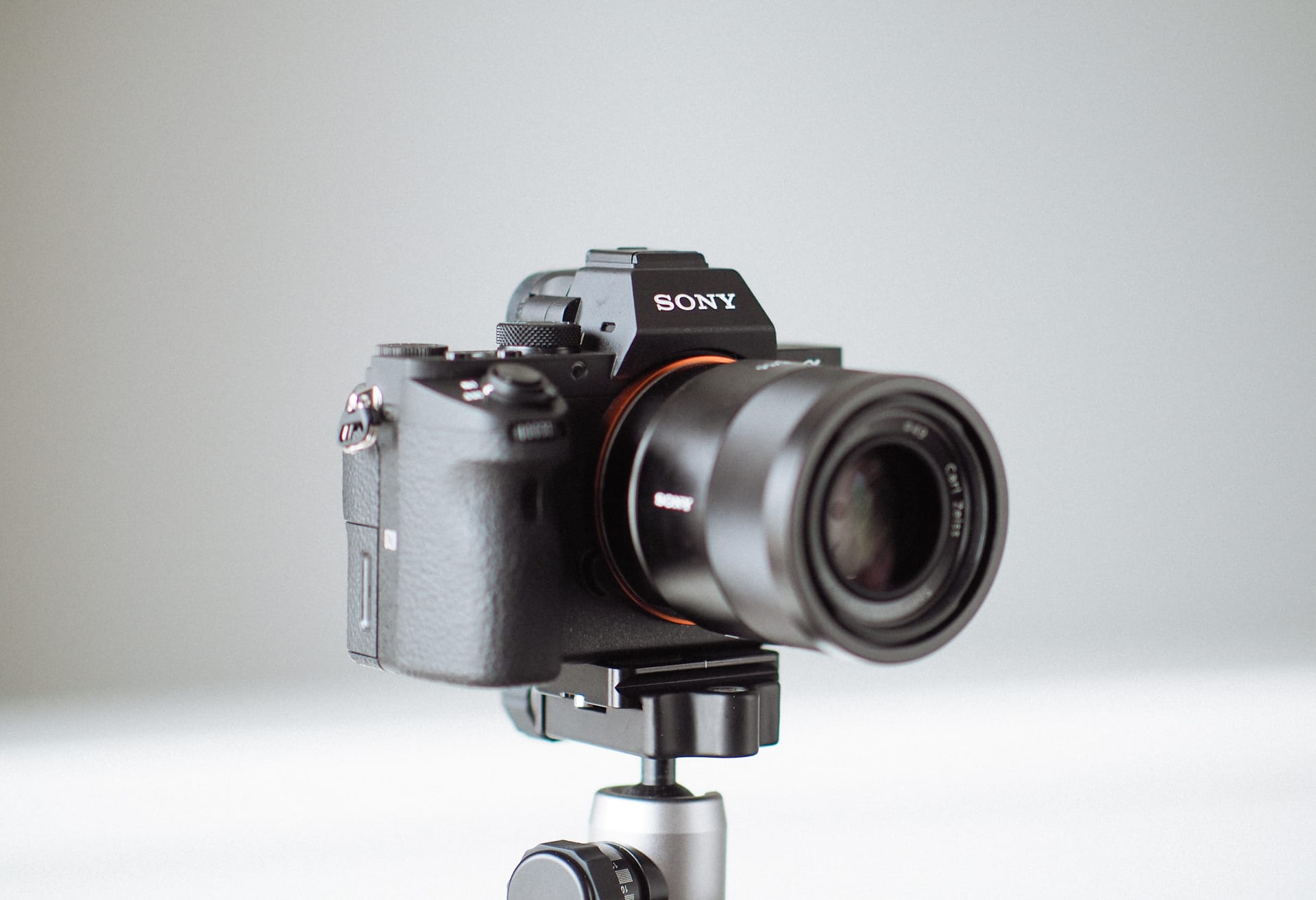 Alright. Complaining over. It’s time to rave about that full-frame sensor and the Sony 55mm f/1.8 Sonnar T* lens.

The Sony a7II has been a real kick in the pants in terms of having to relearn many aspects of photography which I took for granted.

The biggest aspect is depth of field. There’s far less shooting wide open and far more guessing which aperture I need to keep the right amount of the image in focus. It’s more tedious to need to think through each setting, but it has resulted in less shutter firing and more measuring. For the first time, I’m measuring twice and cutting once instead of guessing and firing.

The second is the use of the RAW file format. Sony’s RAW files are extremely malleable and flexible, and I’m lucky to experience this first hand. I’ve noticed far more chromatic aberrations leaking into my photographs, but I also can’t believe the dynamic range of the files. It’s a small sample size, but look at these two photos as an example. 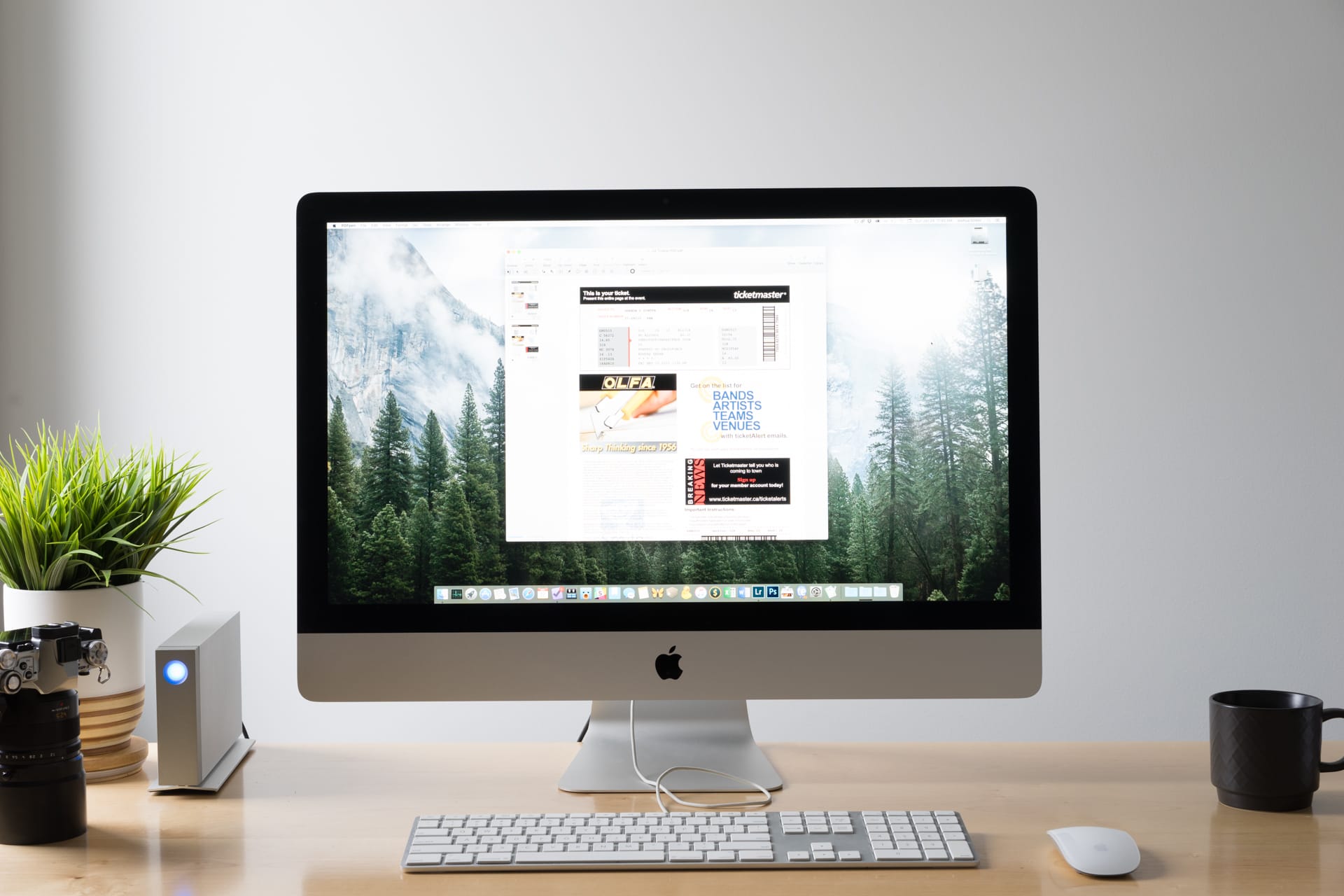 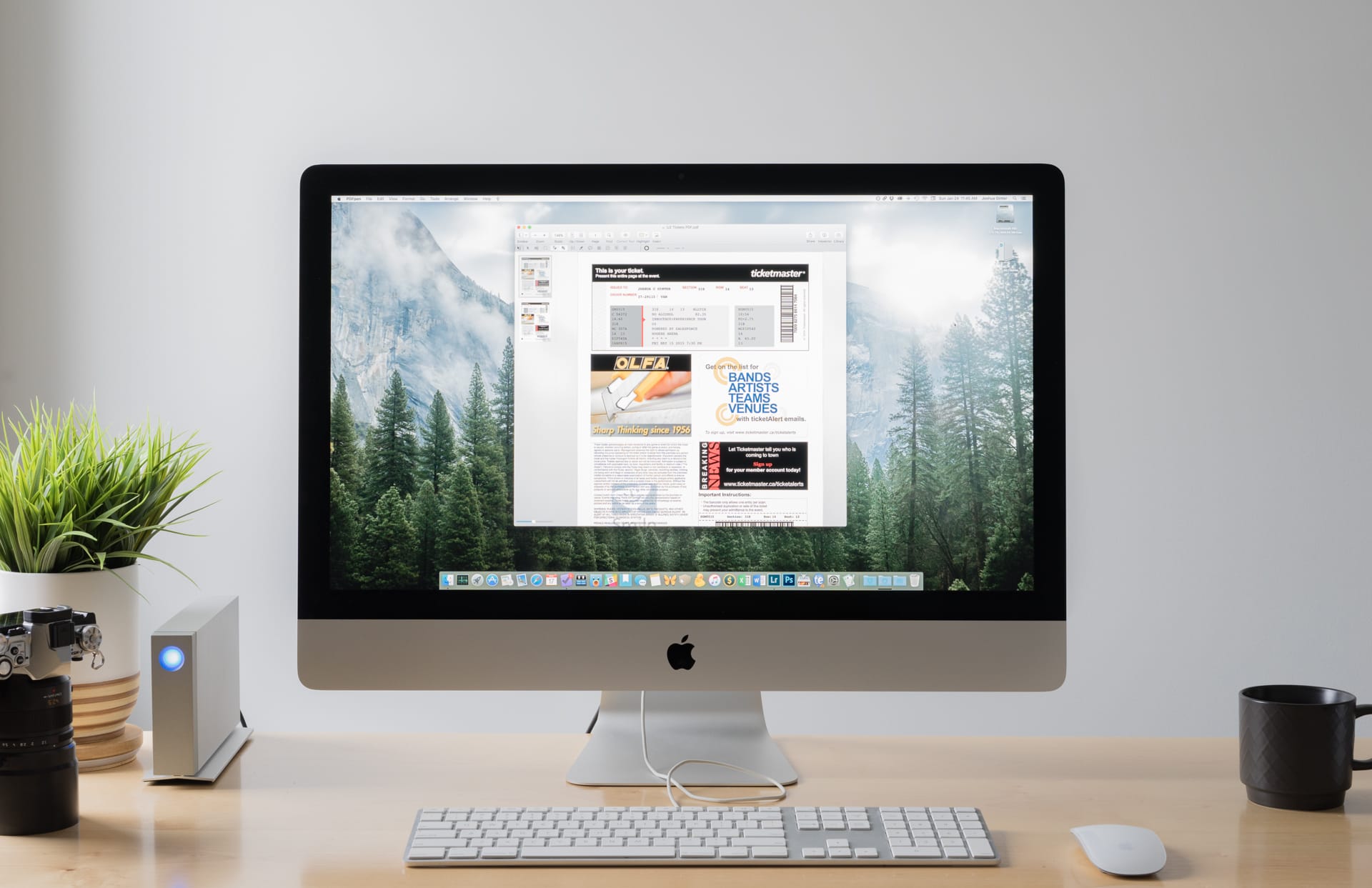 Thanks to Sony’s impeccable RAW file, eliminating those harsh whites and lifting those deep blacks brings the entire image into a better perspective. This isn’t an overly dramatic example of the dynamic range of Sony’s full-frame sensor, but it paints the picture for how these RAW files and how the sensor’s dynamic range have affected my workflow. I don’t worry too much about blowing highlights or properly exposing each photograph, as I can fairly easily correct my mistakes in Lightroom shortly afterwards. It’s super easy to manipulate each photo’s histogram in this format and I can’t see myself shooting non-RAW photos with the a7II whatsoever. 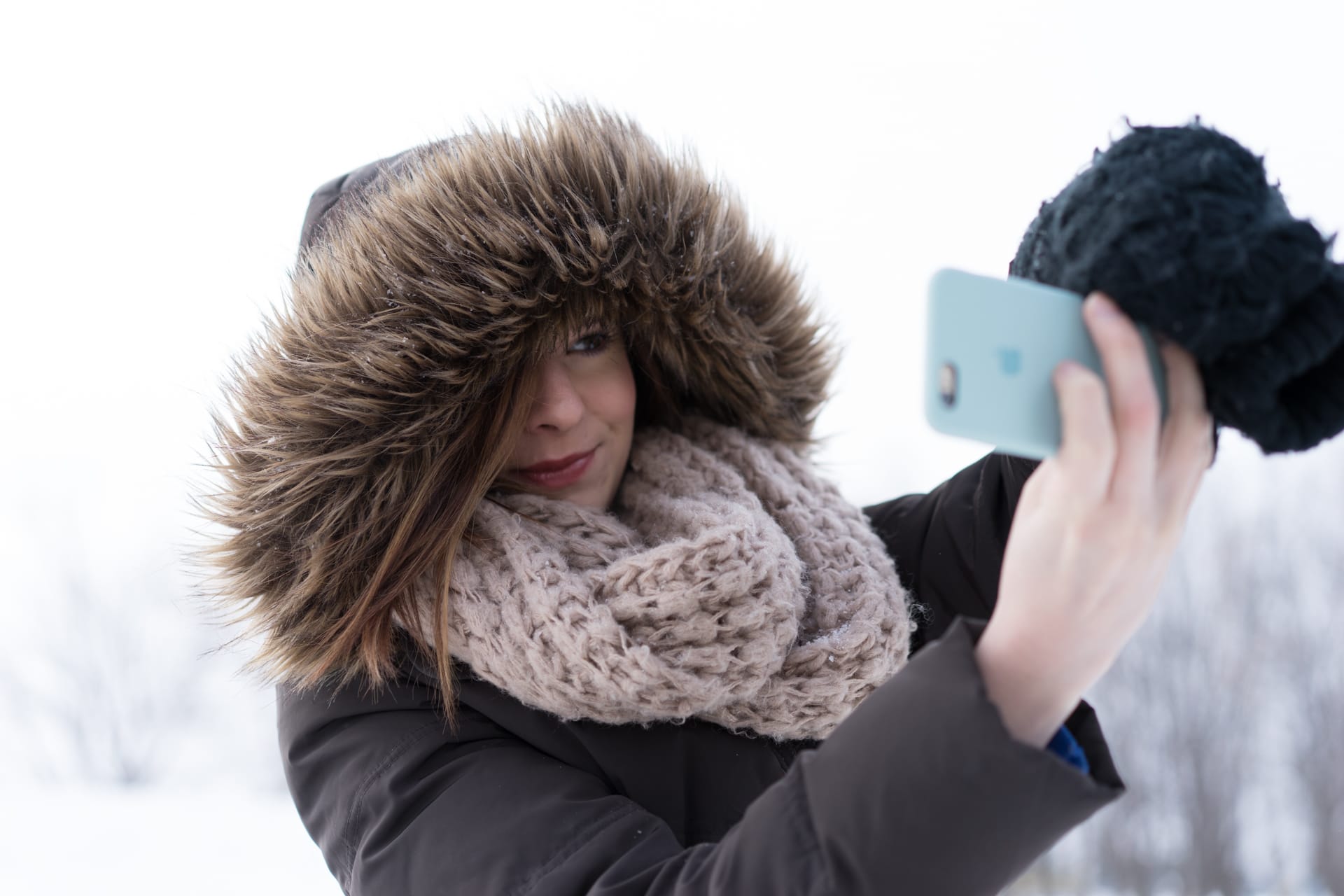 And then we have the Sony 55mm f/1.8 Sonnar T* lens. This lens is brilliant and is up there with some of the best lenses I’ve ever shot with. It focuses quickly, is impressively sharp right at f/1.8, offers substantial depth of field to really let your subjects pop, and it’s weather resistant to keep Mother Nature at bay. This is a truly fantastic lens and I’m especially enjoying it as my first lens in the FE system.

The above image was taken during a shoot I’ll explain more about in the future, but it’s completely unedited. The image showcases a few of my experiences in Sony’s full-frame system so far, mainly in that I missed focus because of the full-frame sensor’s thin depth of field. That said, the fur on Jaclyn’s jacket is tack sharp, as are the in-focus points on her scarf. Further, the image was shot at f/2.8, showcasing the still pleasing bokeh and 3D-effect of the Zeiss 55mm lens. Shooting at f/2.8 with a Micro 4/3 sensor just can’t produce this kind of subject pop, no matter how hard you try.

Here are a few more sample images I’ve shot over the last two or three weeks. The last photo was edited more than the rest — the evergreens were almost entirely silhouetted, but the sensor’s dynamic range let me lift those shadows to bring out the wintery sage colour we all love. 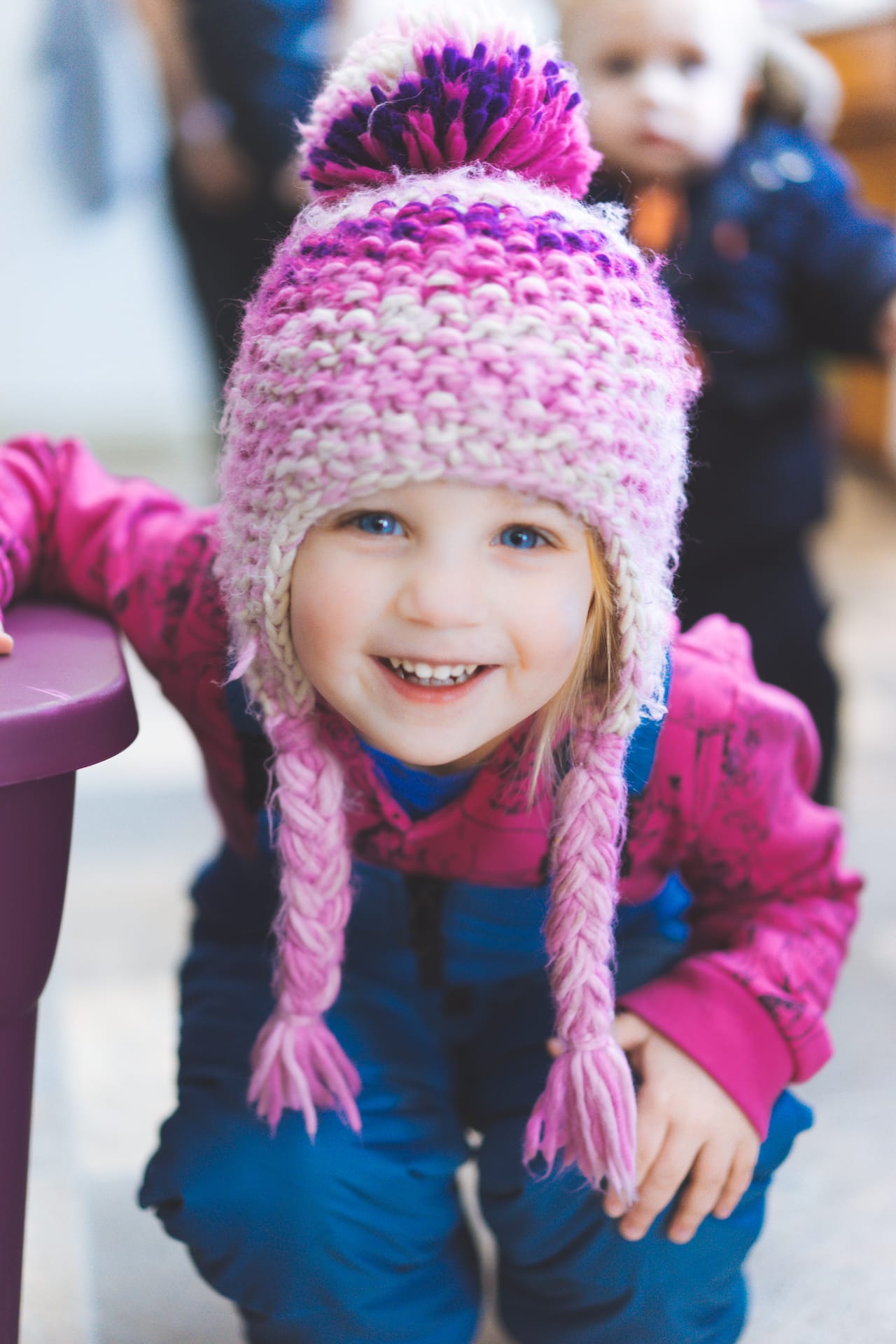 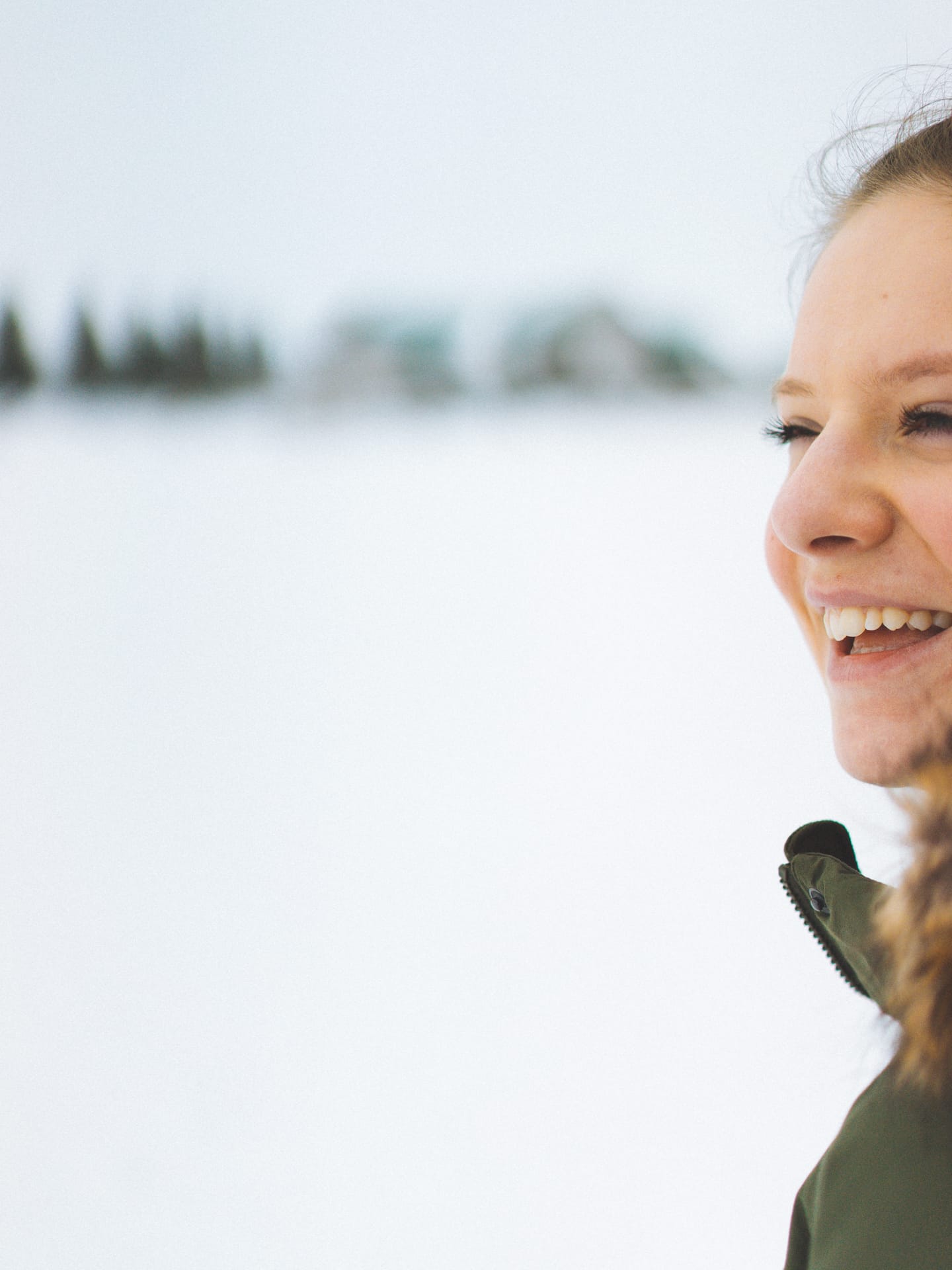 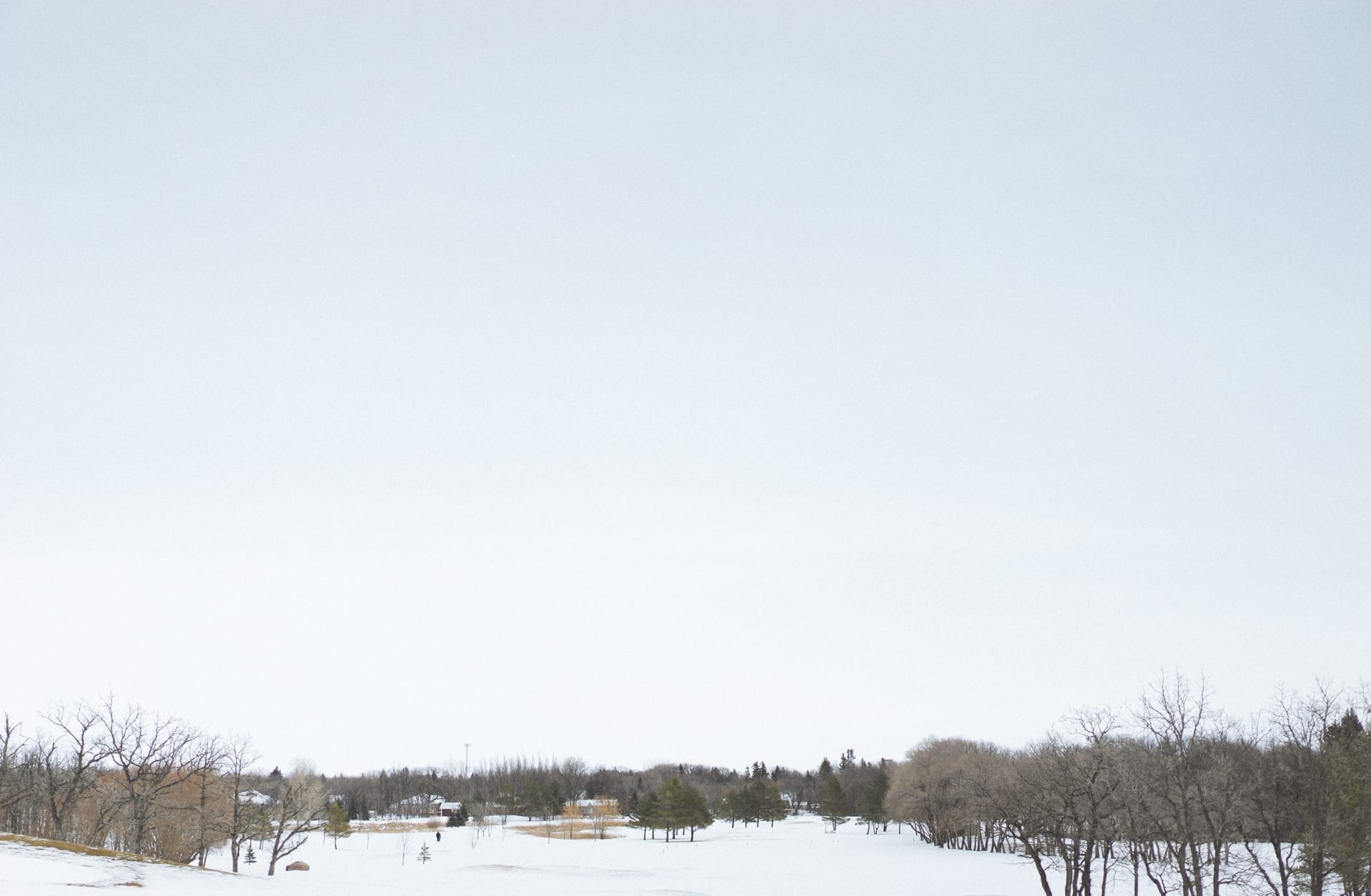 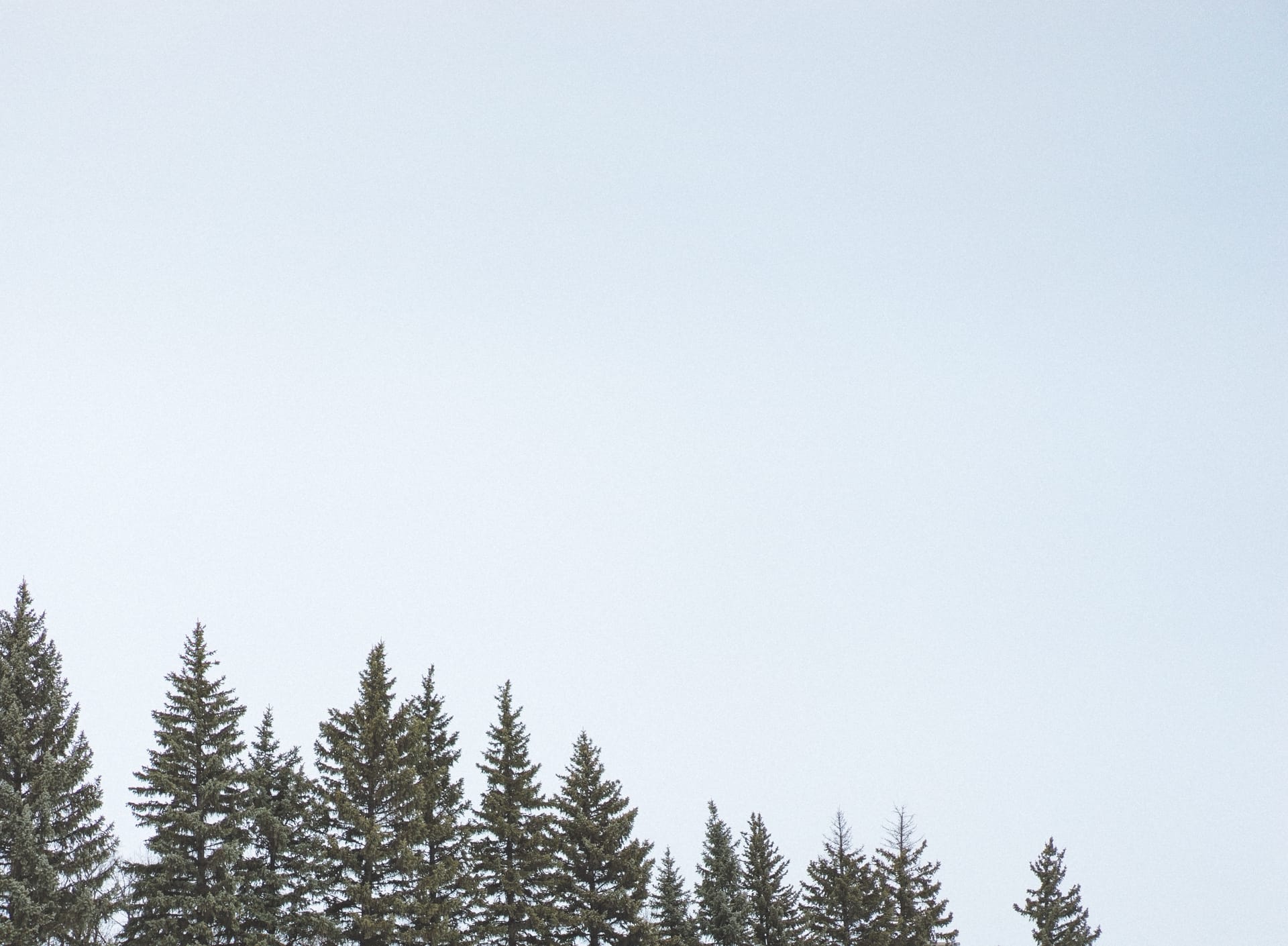 I suspect Sony’s FE system will stick with me for a very long time. The a7II, a7RII, and a7SII are all small in size and big on performance. They produce professional level image quality in a package you can take anywhere and everywhere. 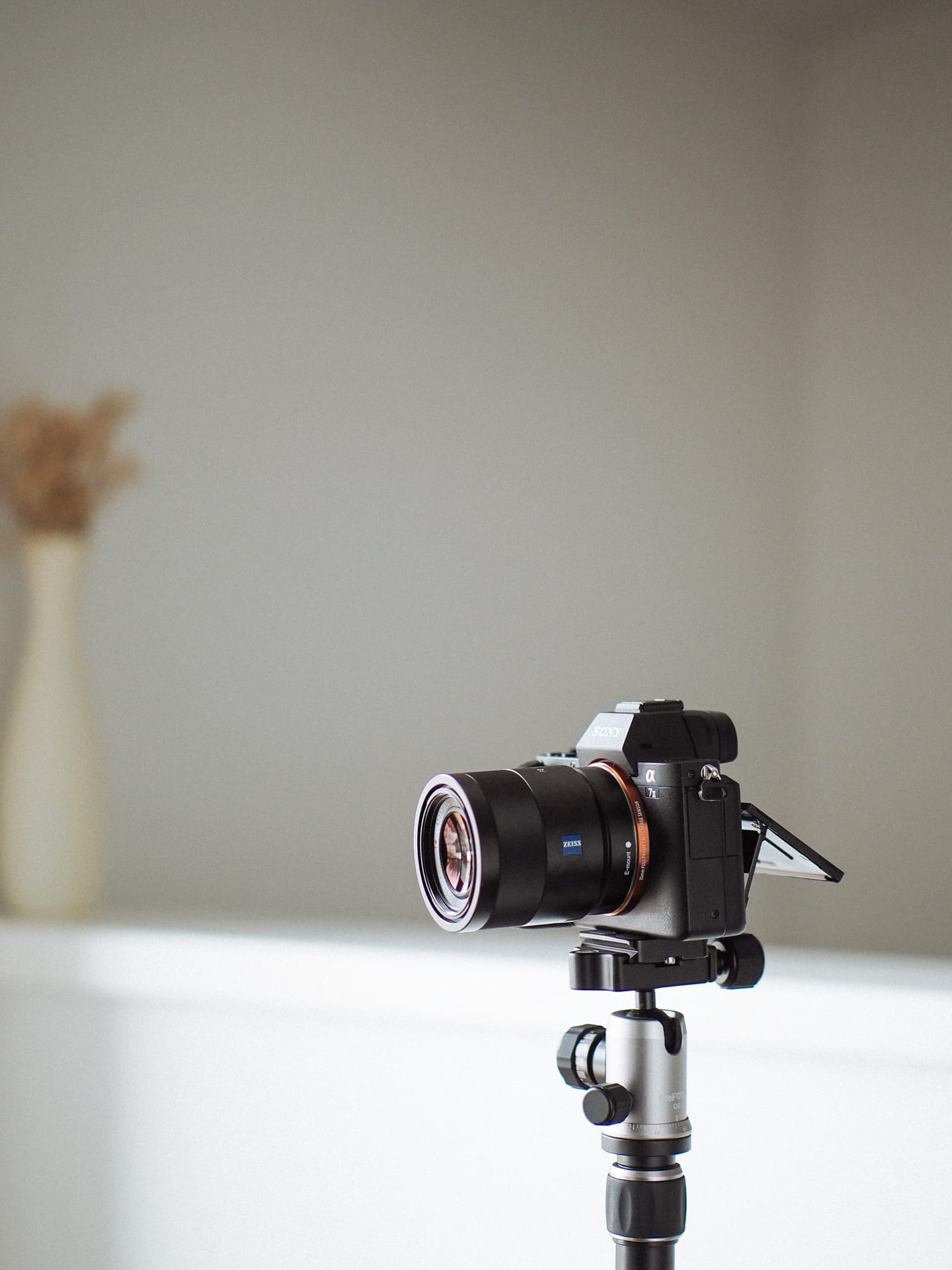 I’m still not sold on Sony as a camera manufacturer though. I think the a7II in particular showcases Sony’s ability to make the world’s best sensors and its ability to surround those sensors with exceptional technology. Unfortunately, the aspects that make Olympus’ OM-D series great, or the aspects that keep Fuji’s APS-C cameras as a top choice, don’t appear to be implemented in Sony’s line. The a7II’s ergonomics are generally poor and some fundamental decisions seem to be an afterthought.

If Sony can find a way to implement the brilliant attention to detail found in Olympus’ and Fuji’s smaller-censored cameras, I can’t see any reason why anyone would choose to shoot with an Olympus or a Fuji. More often than not though, I find myself wishing I could use my OM-D E-M5 Mark II in place of the a7II.

As a quick aside, I want to outline my Sony wishlist. This photo pretty well sums up my current plan. 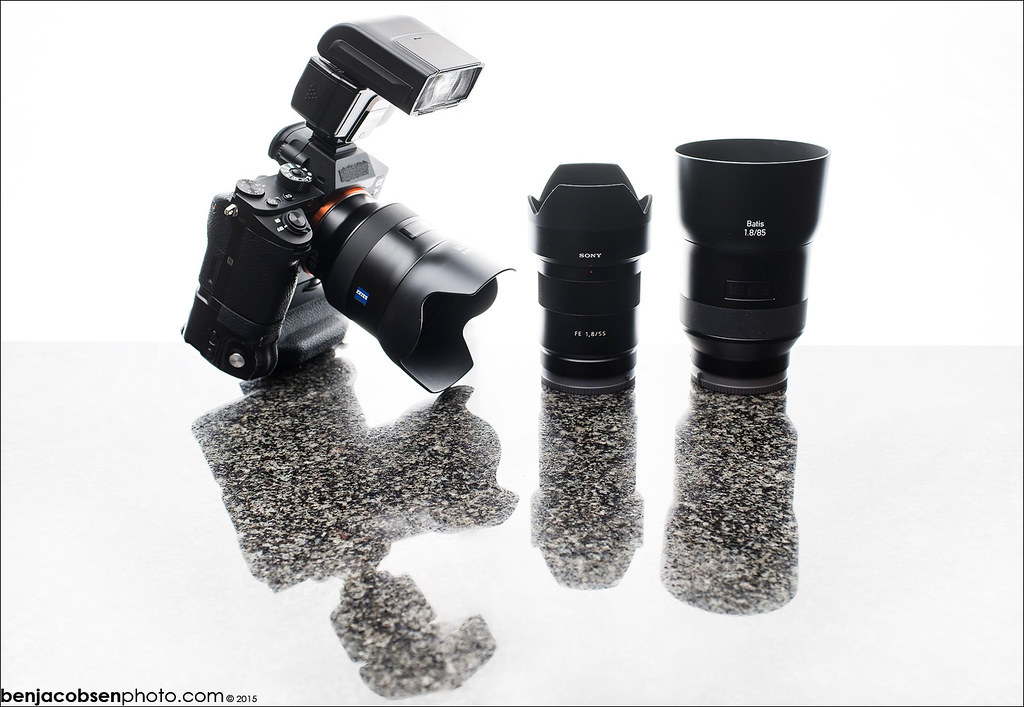 My plan is to get the Sony VG-C2EM battery grip instead of the Meike and either the Sony F60M or F43M flash instead of the Nissin, but the lens lineup is my current roadmap. I pre-ordered both Batis lenses from the local shop, so I’m hoping they show up sometime in the next three months.